For most of us, an altimeter on the wrist is an indulgence, a cool thing that we will never use. Perhaps we aren’t even entirely sure what it is, let alone how to read it on our watches. Broadly speaking, an altimeter is an instrument to measure the altitude of an object above a fixed level (e.g. sea level, ground level). Clearly, there are traditional conventional altimeters as well as computerised systems, namely on aircraft, but the placement of altimeters on pilots’ wristwatches is one that remains an allure to av geeks and pilots’ watch fans alike.

Some 75 years after Oris made its first pilot’s watch, they have just announced the launch of their latest and most innovative new aviation piece – the Oris Big Crown ProPilot Altimeter, the world’s first automatic mechanical watch with a mechanical altimeter. 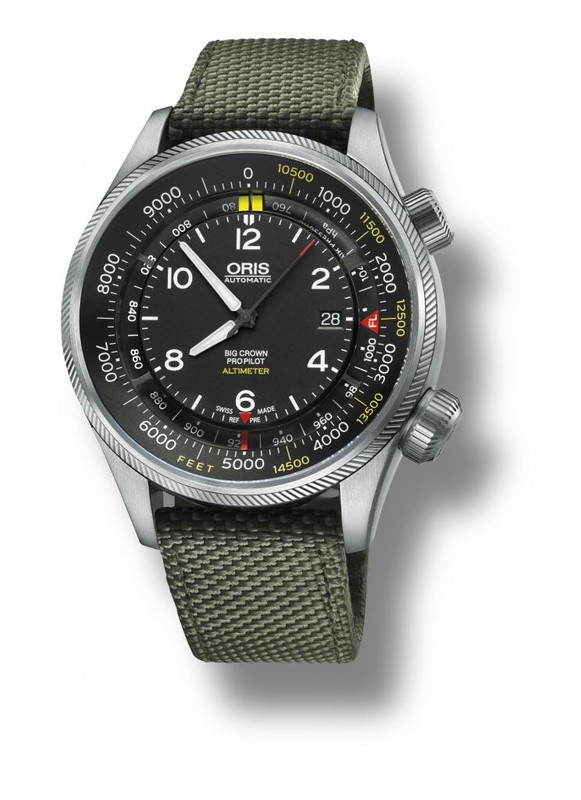 Over the years, Oris have maintained the presence of pilot’s watches in their lines, both as regular models and as special editions commemorating aviation achievements, including those dedicating the Royal Flying Doctor Service and commendably, given the paucity of watches celebrating women’s achievements, the Oris Polly Vacher “Wings Around the World II” limited edition, which celebrated the British woman’s achievement, in 2003, of being the first woman to fly solo around the globe via both the North and South Poles.

‘Firsts’ in the watch industry are often about nuances – the thinnest manually wound, the thinnest automatic etc. Oris’ claim to fame with this new Altimeter is that it is the first (patented) automatic watch with a mechanical altimeter, as opposed to the considerably higher priced Breva Genie 02, aboout which Horologium blogged earlier this year. Both use aneroid capsules and membranes for measuring variations in air pressure, which affect altimeter readings, and both are marketed at outdoors altitude-related pursuits, although the Oris Altimeter is clearly flight oriented. 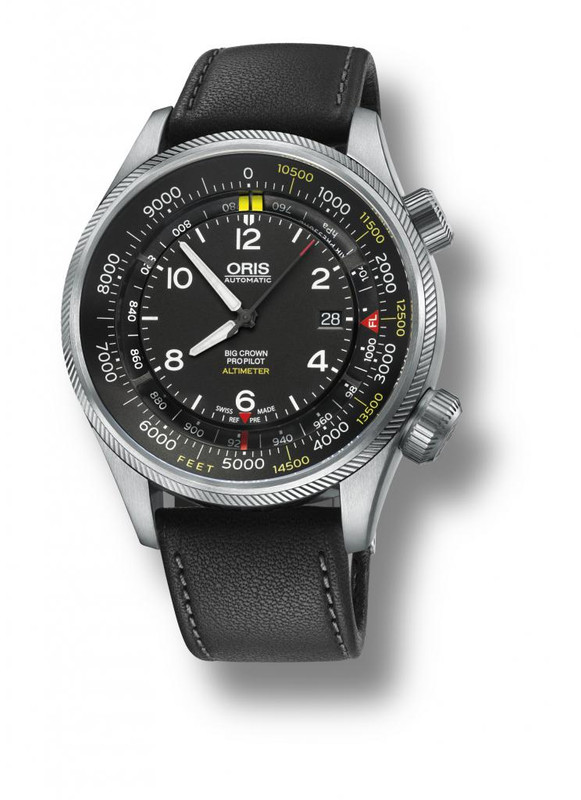 First you need to unscrew the crown at 4 o’clock, which lets in air. If you see a red ring under the crown then you will know that you have done this correctly. To set the altimeter to the current (reference) height the crown is pulled to the ‘2’ position. When you’ve set this, you can then put the crown back to the ‘1’ position, and the altimeter indicator will show ascent/ descent via the yellow indicator. The red indicator is the corresponding air pressure measurement. The crown at 2 o’clock for time/ date adjustment.

The stainless steel case is 47mm in diametre. Inside is the automatic Cal. 733, based on the Sellita Cal. SW200, with a 38 hour power reserve and visible through the sapphire case back. The altimeter and barometer parts of the movement were developed in conjunction with Thommen. When the crown is screwed in, water resistance is 100m. 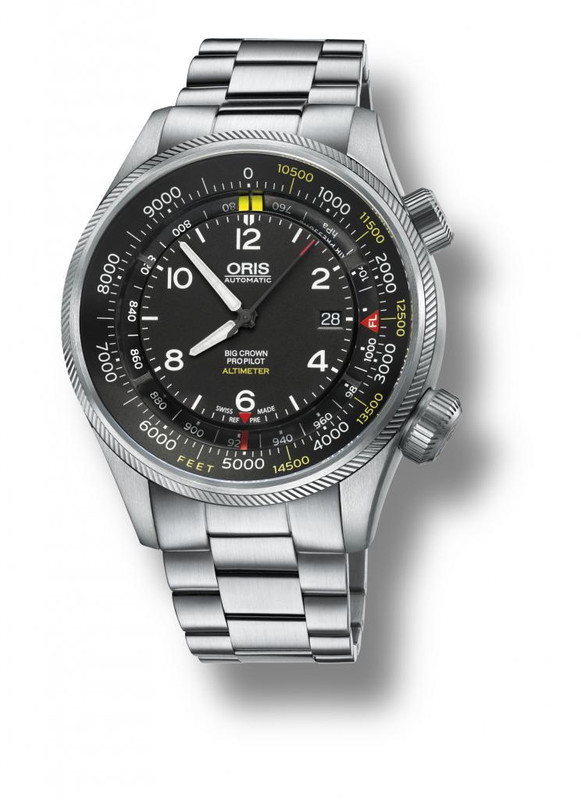 Dial-wise, the Arabic numerals are printed and filled with Super-LumiNova™, as are the hour and minute hands. The altimeter indicator is laminated carbon fibre.

As mentioned, it will come in metres and feet versions. It comes on a textile strap, leather strap or bracelet, and is available from September 2014.

Like Loading...
‹ An interview with Mr. Hannes Pantli of IWC
Chopard introduces the use of ‘Fairmined’ gold ›