Jaeger-LeCoultre has launched a new limited edition Reverso that combines the still-popular green with their famed enamel work.

Meet the new Reverso Tribute Enamel Hokusai ‘Amida Falls’, honouring the work of the enduringly popular Katsushika Hokusai (c.1760-1849). It’s worth noting that this is not the first ‘Waterfalls’ series-inspired Reverso Tribute piece. In 2021 Jaeger-LeCoultre launched the Reverso Tribute Enamel Hokusai ‘Kirifuri Waterfall’ Limited Edition, also featuring a (different) green dial, which was an homage to “A Tour of the Waterfalls of the Provinces”, a series of eight woodblock prints depicting waterfalls that he visited between 1831 and 1833 on Honshu.

In fact, this new release is the final chapter in a trilogy of Reverso Tribute Enamel timepieces that pay homage to Hokusai – as well as ‘Kirifuri’, the first of this series, a reproduction of ‘The Great Wave off Kanagawa’, came out in 2018. 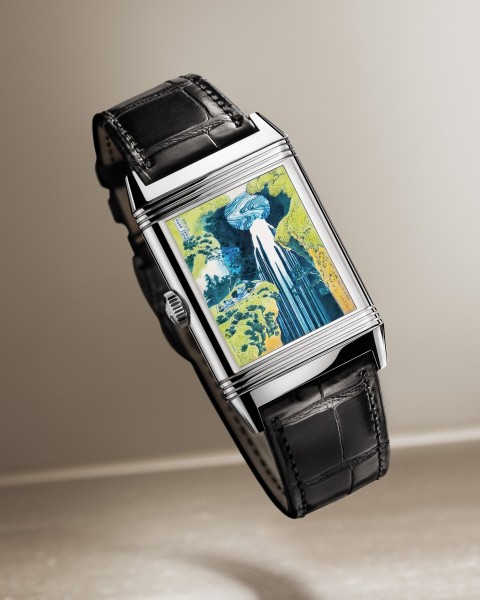 The case back of ‘Amida Falls’ is decorated with a three square centimetre-sized enamel reproduction of ‘The Amida Falls in the Far Reaches of the Kisokaidō Road’ (Kisoji no oku Amida-ga-taki), from ‘A Tour of Waterfalls in Various Provinces’, a series of eight woodblock prints created by Hokusai during 1833–34.

Jaeger-LeCoultre’s enamellers don’t just miniaturise, but have to make it look as much as enamel can, like woodblock, by trying to reproduce bokashi (ぼかし). This is a Japanese woodblock printmaking technique used achieve variations in lightness and darkness in colours by hand applying a gradation of ink to a moistened wooden printing block, rather than inking the block uniformly. Hokusai is one of the most famed practitioners of this method, which he used to convey depth.

How did they do this? They developed a multi-stage process involving 12–15 stages of firing layers of enamel at 800C and taking about seventy hours to complete a single ‘Amida Falls’. 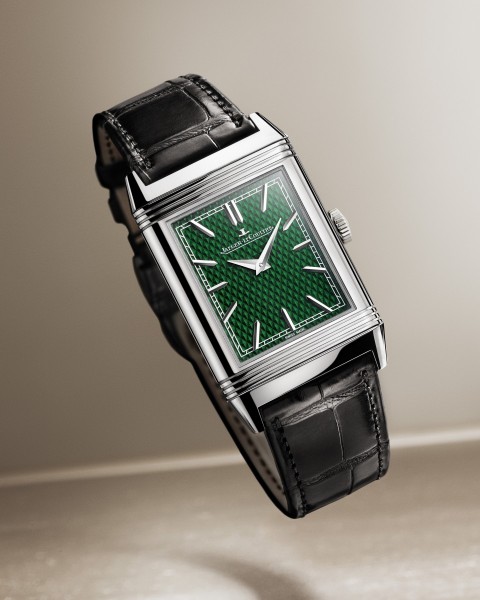 The dark green translucent Grand Feu enamel dial side has the familiar Jaeger-LCoultre faceted appliqué hour markers and Dauphine hands. As for the dial itself, it is decorated with a guilloché lozenge pattern, done by hand using a traditional lathe. There are sixty lines to the pattern, with each requiring three ‘rounds’ of the lathe. It takes four hours for this process, which is then followed by the firing of some half a dozen layers of translucent enamel. 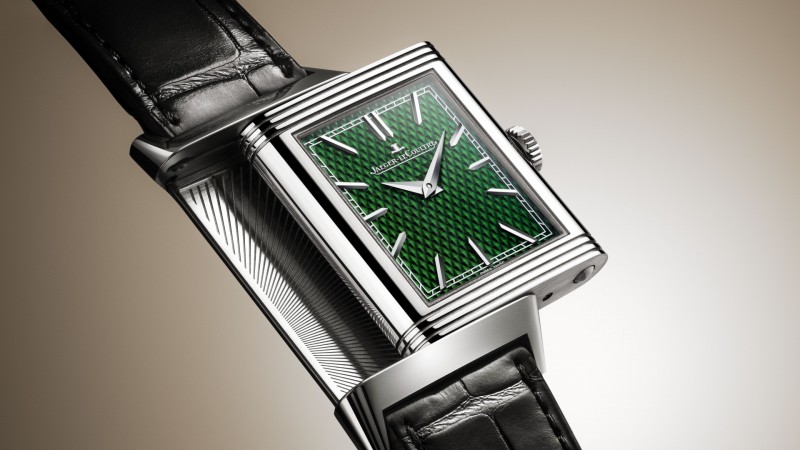 Coming in a limited edition of ten pieces, its initial availability is Japan-only, with the rest of the world to follow, if there will be any left after this.