A. Lange & Söhne have just launched their latest generation of the Grand Lange 1. A stalwart of their offerings since 2003, this new version is based on the 2012 generation, which was when an in-house movement was added into the picture.

The new Grand Lange 1 comes in a 41mm sized case of either 18 carat white or pink gold in a slimmer form – 8.2mm, with a mix of brushed and polished finishing. The dials are solid silver, galvanised grey, and the Roman numerals, hour markers and appliqués are all in the relevant gold.

As you can see, the main areas of the dial are slightly grained in texture which is a sort of mid point between some of the brand’s historical grey dials and the hand-hammered ones. This change to a more ‘rough’ texture was done to make the dial more response to the play of light on its surface. 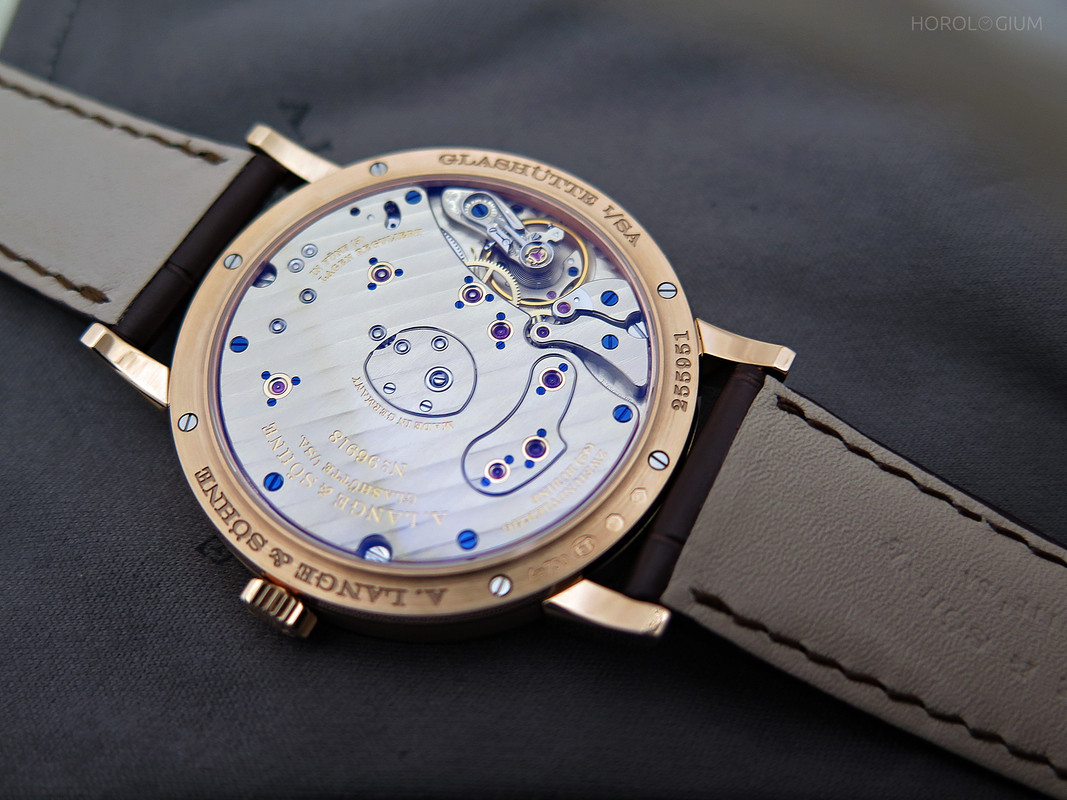 The manually-wound Calibre L095.1 is 4.7mm thick and consists of 397 hand-finished parts. It has only one barrel with two stacked mainsprings (unlike the twin barrels of the Lange 1’s movement) but has a power reserve of 72 hours. 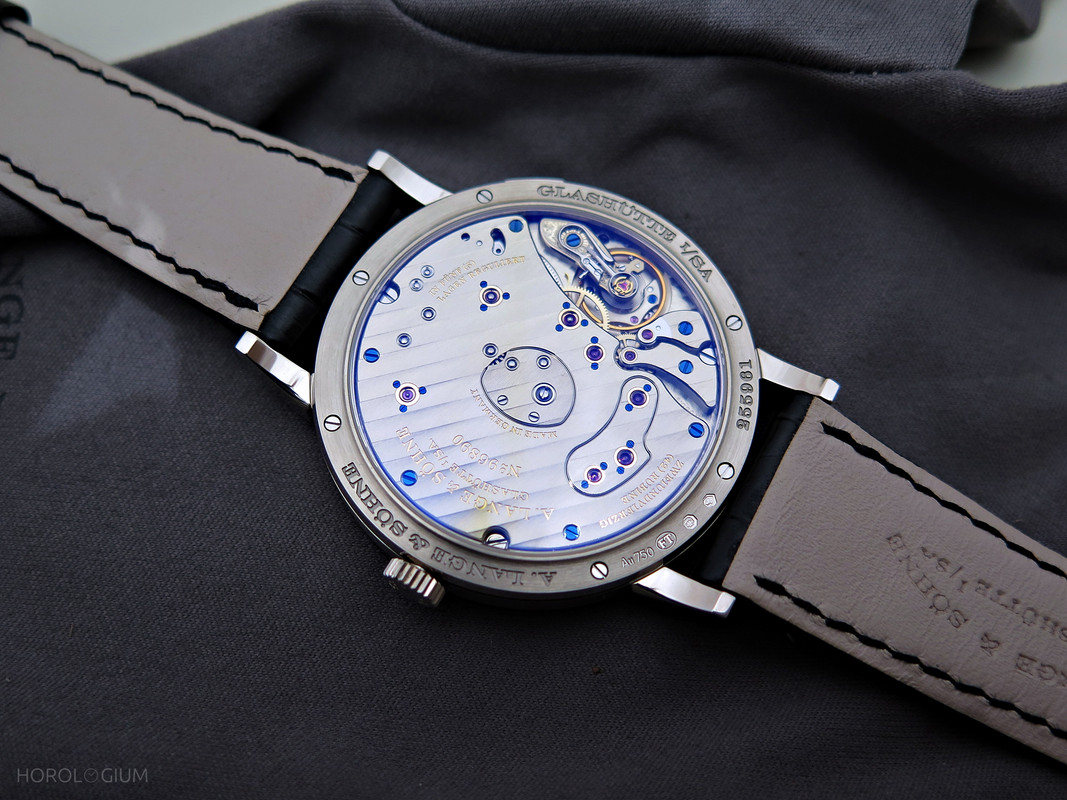 It has seven mirror-polished, screw-mounted gold chatons and the classic Lange hand-engraved balance cock, each of which is identifiable back to the engraver. For anyone who doubts this, I did a manufacture tour a number of years ago and visited the room where the engravers work, so I can attest to it. 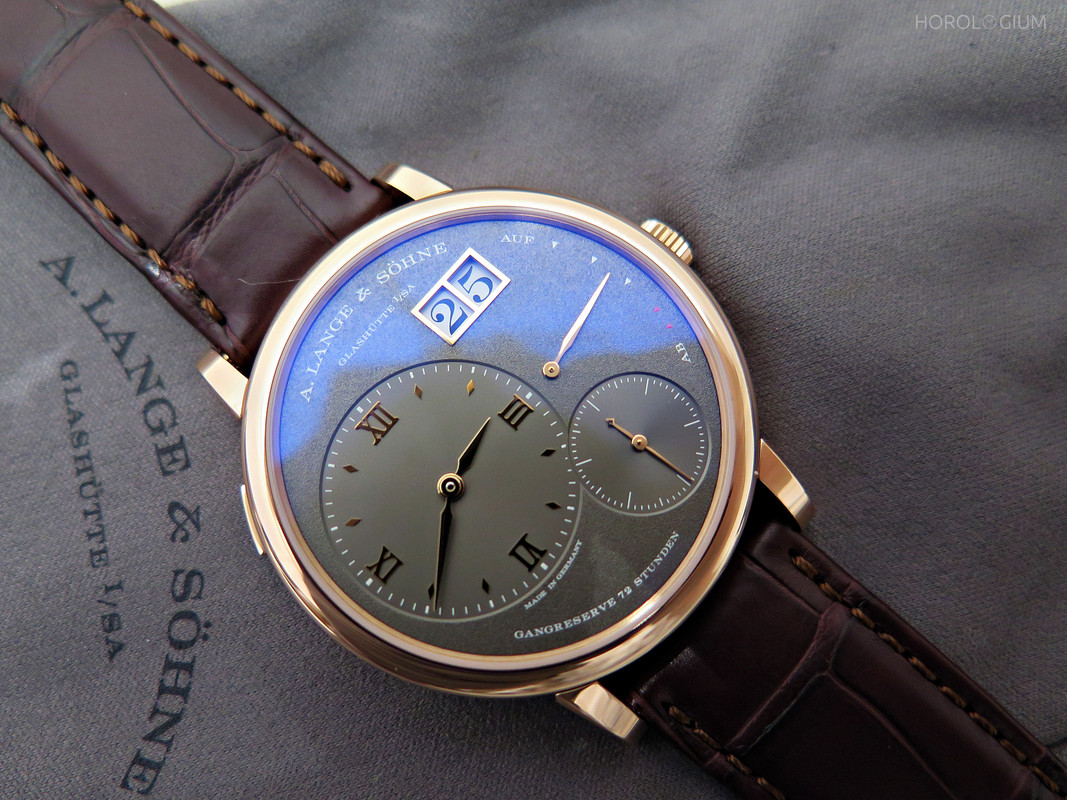 So I mentioned that this new Grand Lange 1 is in a slimmer sleeker form. What are the differences and what was done?

We were told during our presentation session at Watches & Wonders that they did not want to change the movement. The 0.6mm reduction down to 8.2mm was done through a number of perhaps not immediately noticeable changes which are noticeable if you put the previous version next to the new one.

The changes made were to the case and what appears on the dial (the dial itself could not be made any thinner).

Firstly, the bezel is thinner. Secondly, the appliqués are thinner, their height having been halved. The distance between the bezel and sapphire crystal was also reduced. There have also been small changes to the hands. 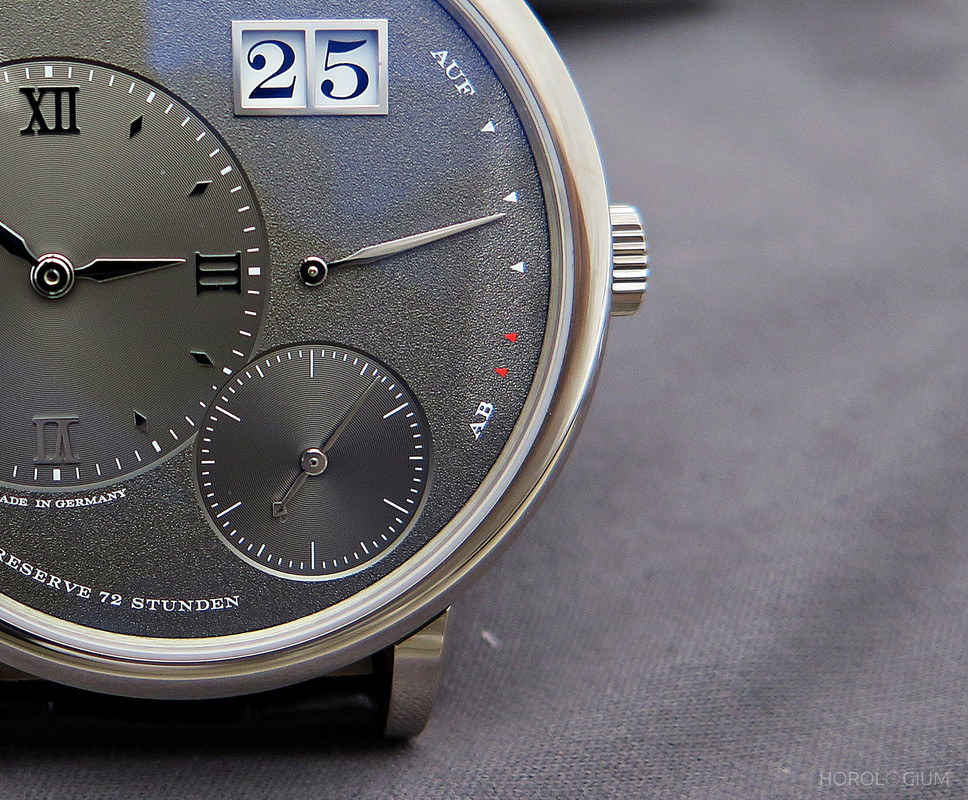 All up, the changes may seem small but as can be the case with watch design, small tweaks, especially for dress watches, can actually make a model appear changed and updated. I cannot explain why this is so, but changes to bezels and dials can and do make a watch look a bit different.