It is impossible to write about anything involving the 1972 Munich Olympics without acknowledgement of the events that not only dwarfed them, but which have also proven to be the dominant enduring memory from them. What was meant to be ‘The Happy Games’ turned out to be far from what eventuated, with the deaths of eleven Israeli team members at the hands of of Black September guerillas, of whom five also died, during an 18-hour hostage standoff.

For those who associate the Olympics with Omega, there was a time when this relationship was less clear cut, with Longines challenging Omega’s dominance several times. Longines were co-timekeepers of the Munich Olympics, along with German brand Junghans, although the latter seems to have faded away from popular consciousness as an Olympics watch brand. 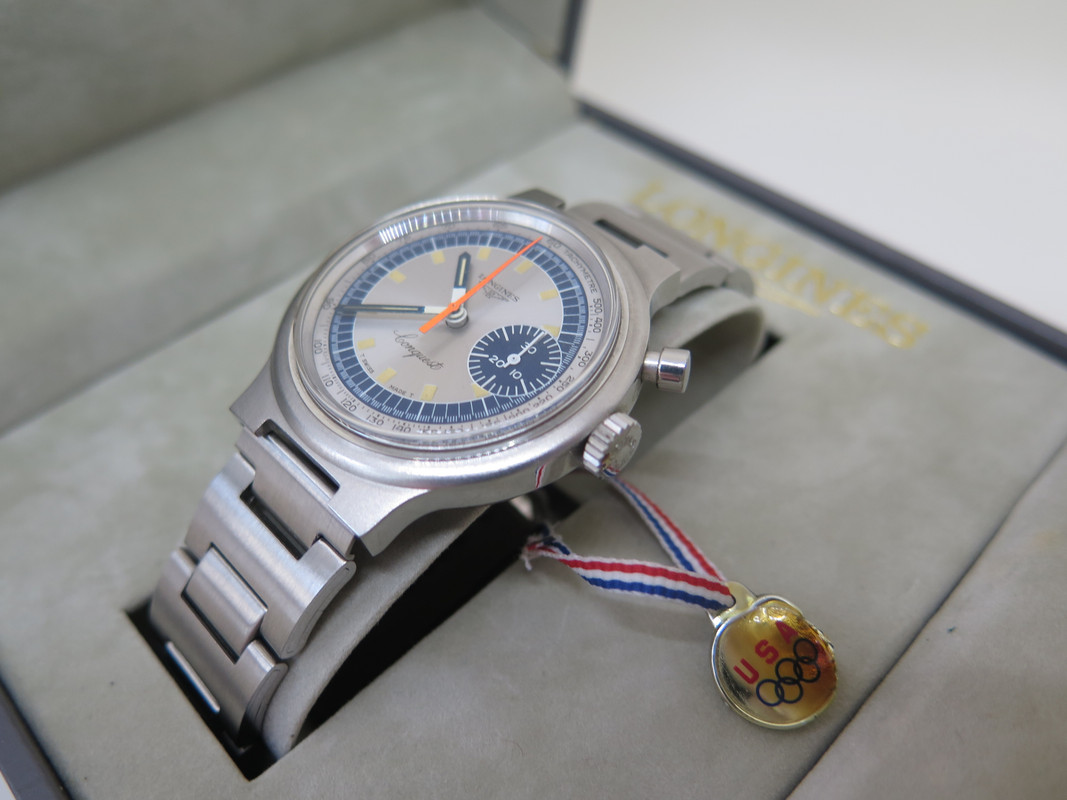 The watch that Longines produced to celebrate the Munich games was a manual-wind monopusher chronograph that was released with a blue, navy or silver dial. The blue and vibrant orange seconds hand on this model are particularly evocative of a watch from the 1970s. The only Olympics reference is discreetly on the caseback. 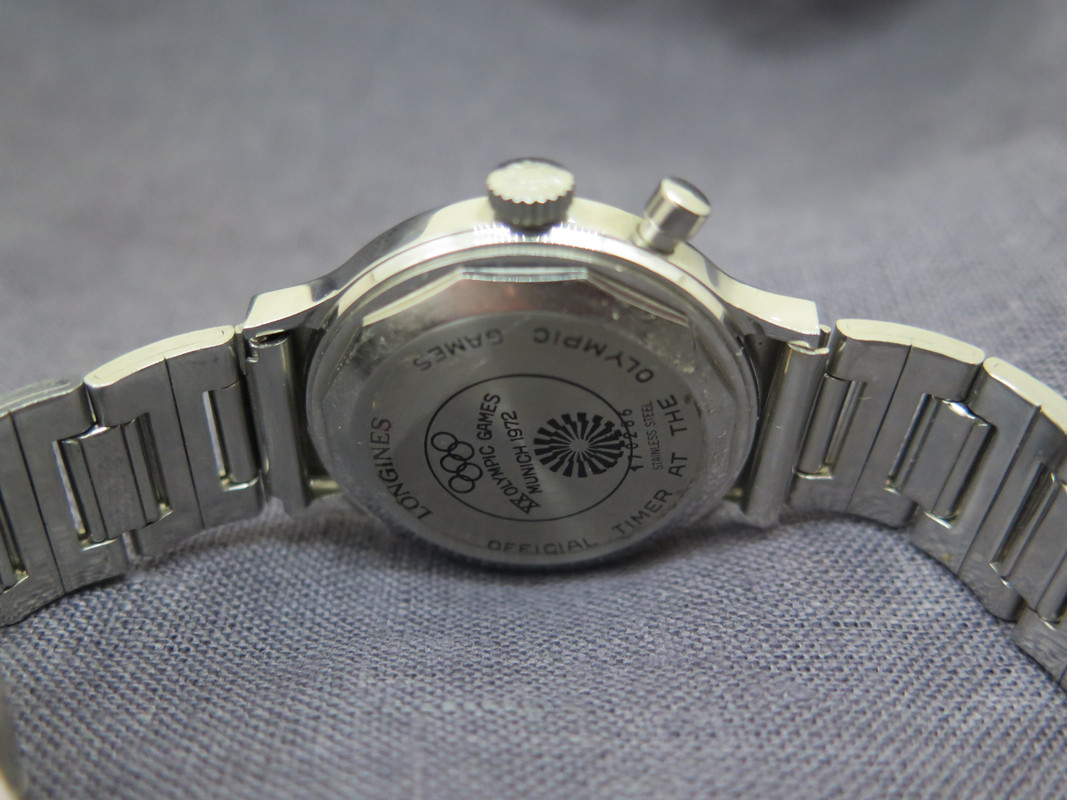 As mentioned, this is a monopusher chronograph. Inside is the Longines Calibre 334, which is a base Valjoux 236. The 236 is derived from the Valjoux Calibre 23 column wheel chronograph, which was the successor to the Valjoux 22, a movement that was in use from 1914 to 1974. 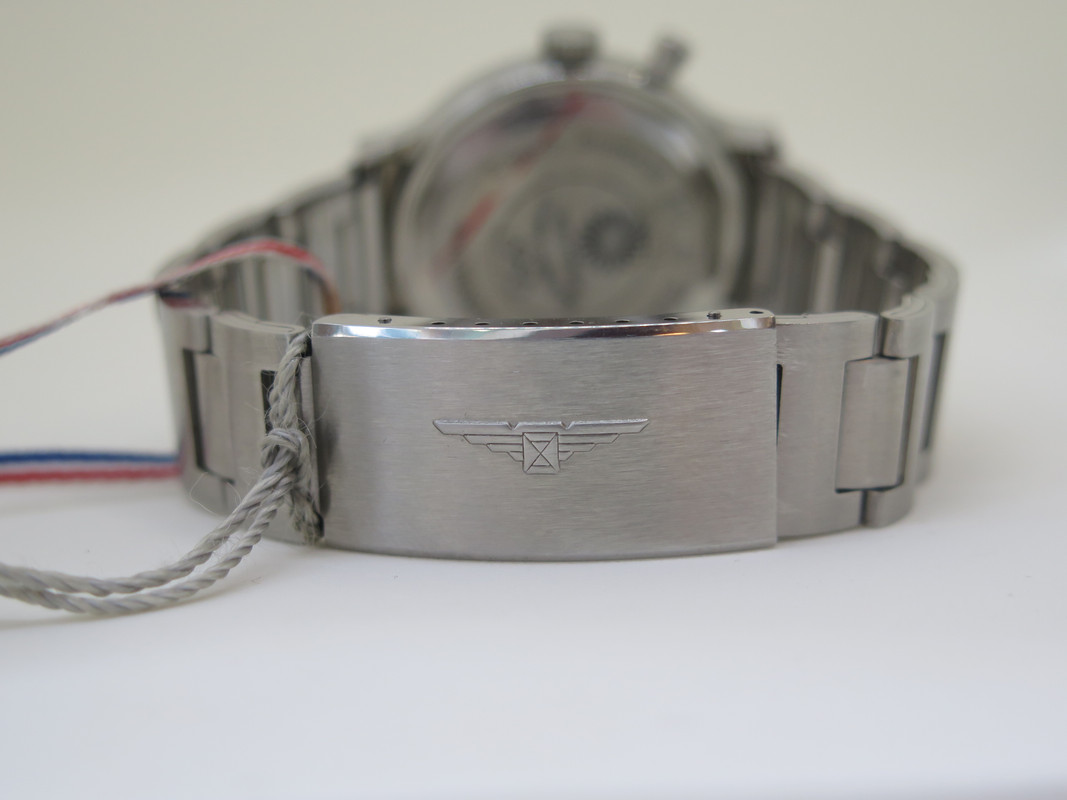 Going by the name of the Conquest XX Munich Olympic Games (Ref. 8614 for those who are interested), this 36mm x 42mm stainless steel watch has a chunky 1970s aesthetic to the case and uses plexi atop. You may notice that this exemplar still has both its original box and original tags, attached – it is a rather rare new old stock model, and with the desirable red, white, and blue Olympic logo tag attached, as well as the factory sticker still on the caseback. 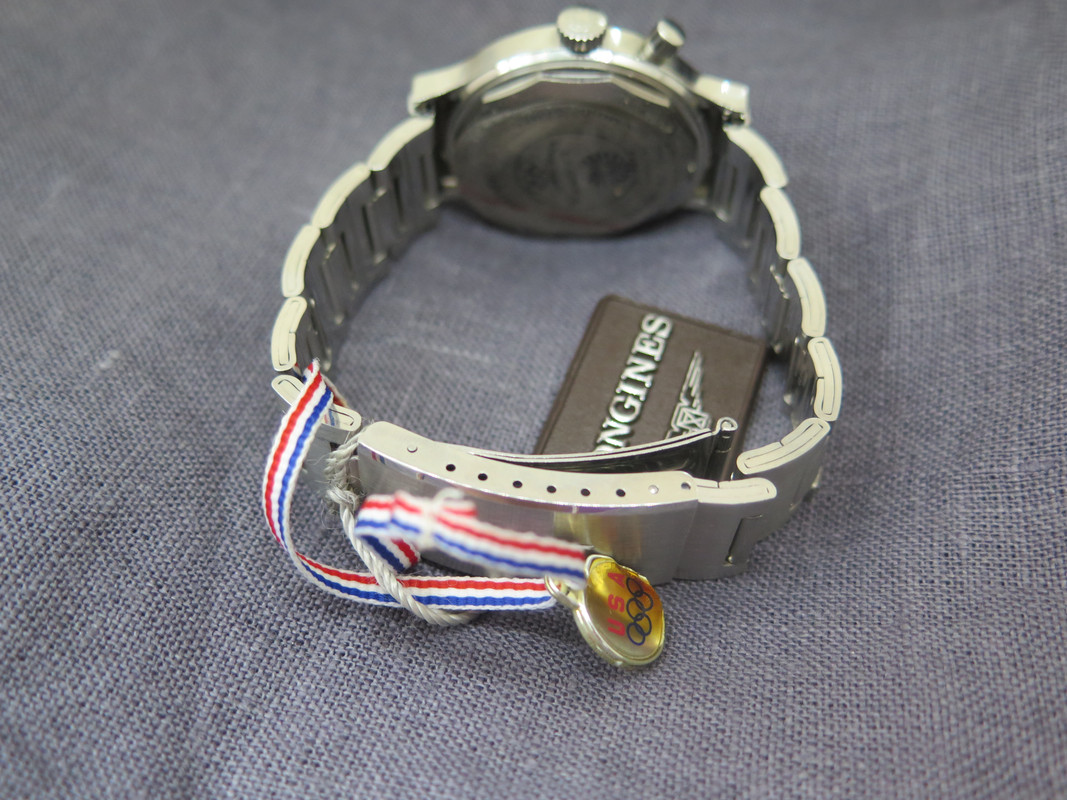 In this condition and with the tags all still present and attached, I suspect that this is a watch that most would be torn about wearing. I confess that were it mine, I would be reluctant to wear it anywhere other than at home.