Coming in four different variants of 99 pieces each, it is an eight-day table clock which you adjust by turning the radiators.

Situated in Renens, and affiliated with the University of Applied Sciences Western Switzerland, the ECAL is to be one of the world’s top art and design schools and very active in collaborations with not just other universities but also the private sector, from fashion to car companies, tableware, food and beverage, and even timepieces.

After completing a science Baccalauréat, Juliette Lefèvre studied at the Ecole Supérieure des Arts Graphiques in Paris, where she spent five years completing a Master’s degree in artistic direction. After a period in the private sector, she completed a Master of Advanced Studies in Design for Luxury and Craftsmanship at the ECAL. This collaboration with l’Epée 1839 is her first design project, in co-ordination with the School.

Since 2012, this Masters program has given the opportunity for some students to work on collaborative projects with companies, and allowed them to take part in workshops presented by major figures on the international design scene. 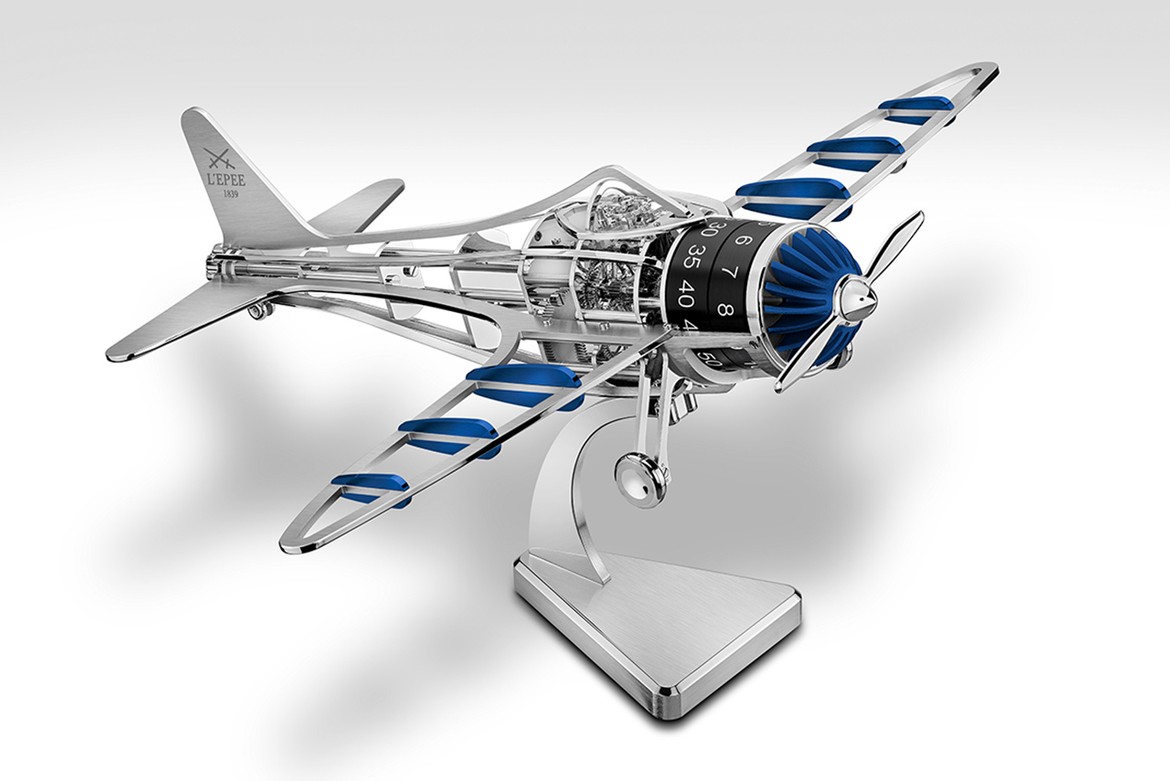 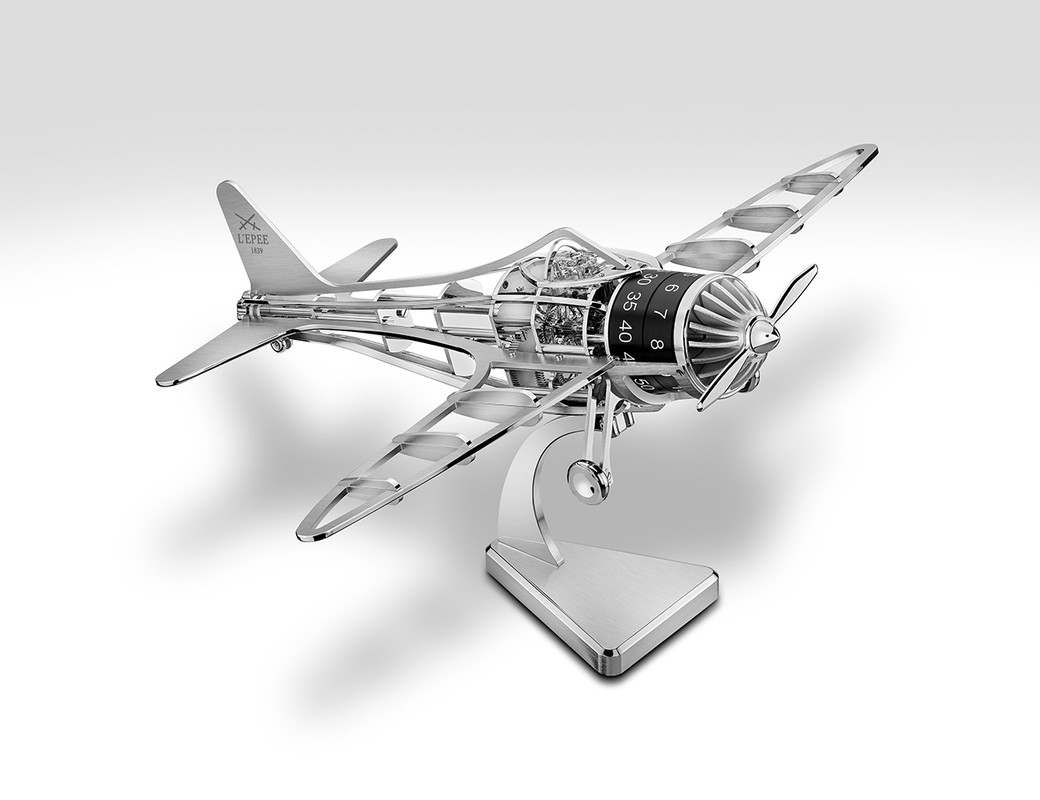 The time is displayed with hours and minutes on two black PVD-coated cylinders that also form the front of the fuselage, while the movement’s escapement beats in the cockpit. 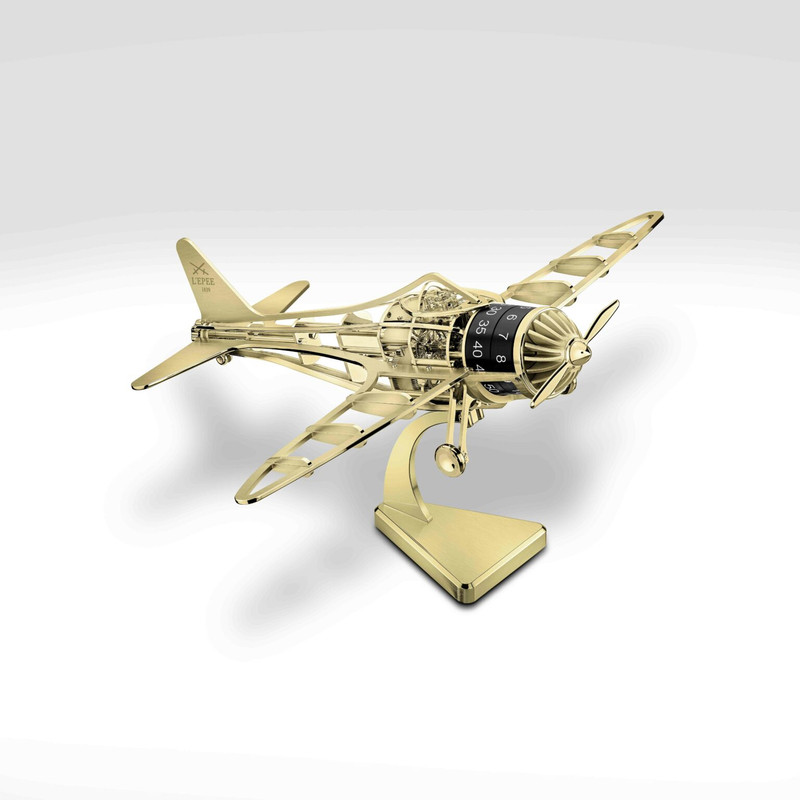 The movement is by L’Épée, beats at 18,000 VPH, and has power reserve of eight days. It has 370 components, is in stainless steel and brass, and the polishing, micro-blasting and satin-finishing, is all done by hand. When looking at how they have incorporated the movement into the plane’s design, the plane’s ‘engine’ is at the front, and the escapement is in its cockpit just above the wing. The oscillating balance-wheel of the regulator is protected by a series of small panels forming the cockpit’s cage. 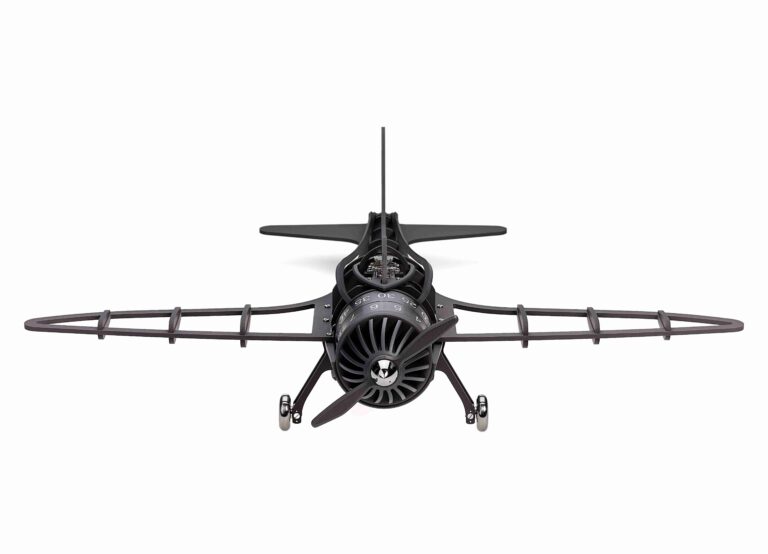 The clock can either stand on its landing gear or a detachable stand, secured with a latch, similar to how model planes are displayed. As a rather unexpected side note, L’Epée say that when the Concorde began its commercial flights, their clocks were in the cabins.