Launched in 2013, IWC’s Ingenieur Constant-Force Tourbillon was a movement development that had segued from the Portugieser Sidérale Scafusia and powered by the then-new Calibre 94800.

The 46.2mm case, crown, and pin buckle are all made from their proprietary Ceratanium® which, for those who do not know, has the lightness of titanium but the hardness and scratch resistance of ceramic.

The black dial has black hands and shows the constant-force tourbillon at 9 o’clock. There is a double moon phase display at 2 o’ clock for the northern and southern hemispheres. The numerals are which and there are yellow accents which carry through to the strap, whilst the (96 hour) power reserve display at 4 o’clock is designed to be reminiscent of a tachometer. At 9 o’clock is the 60 second tourbillon with constant-force mechanism built into tourbillon cage.

In another ‘motor’ reference, the louvred, ring-shaped structure of the outer dial ring takes inspiration from the cold air intakes of a high-performance engine. 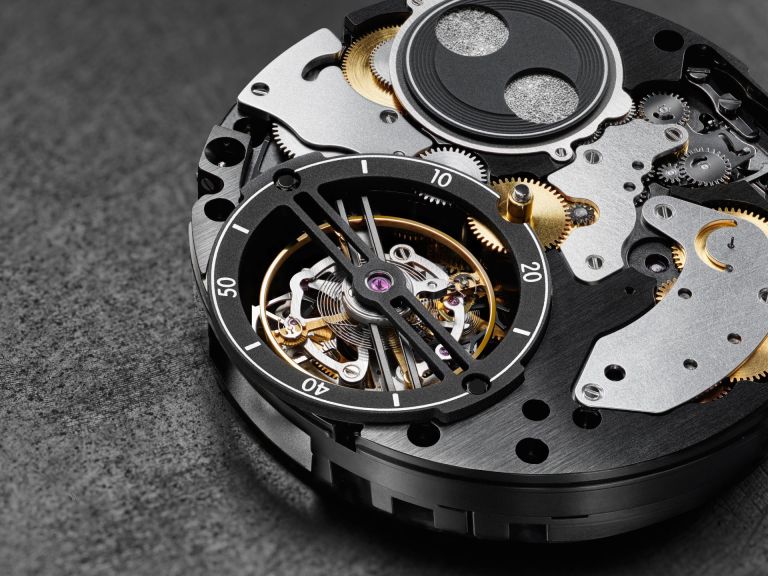 The manually-wound Calibre 94800 beats at 18,000 VPH. The patented constant-force mechanism disengages the escapement from the direct flow of power through the wheel train and transmits constant even impulses of energy to the escape wheel. The plates and bridges are blackened courtesy of rhodium-plating to match the matte black of the case. 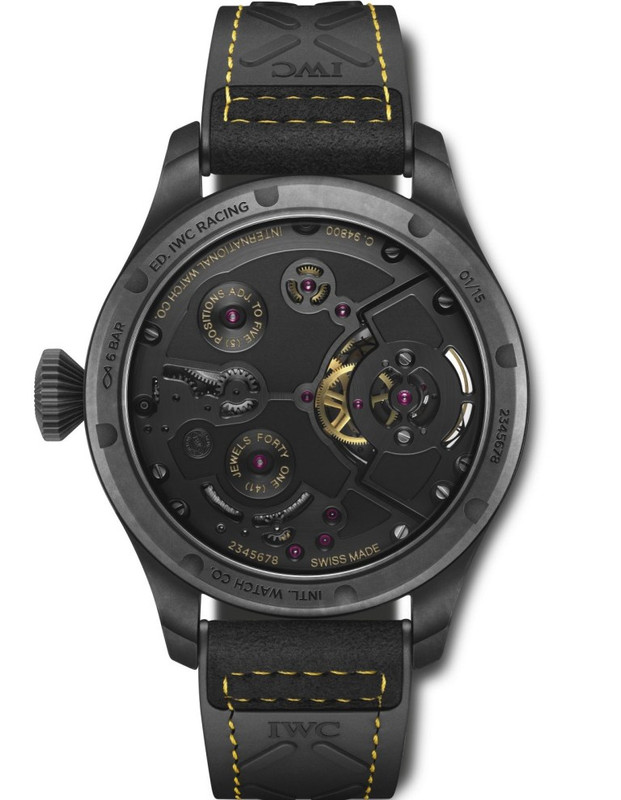 The black rubber strap also has a motorsports reference – its inlay is Alcantara®. The brand name of a common synthetic suede-like microfibre material known for durability, abrasion and stain resistance and colour fastness, it was developed by scientist Miyoshi Okamoto in 1970 for his employer, chemical company Toray Industries. Composed of about 68% polyester and 32% polyurethane, it is commonly seen in cars as a substitute for leather and vinyl.

Coming in a limited edition of fifteen pieces, if you have the car to match then the Big Pilot’s Watch Constant-Force Tourbillon Edition “IWC Racing” is yours to permanently road test for CHF 220,000.