The recent history of Longines’ Avigation watches is not unknown here, nor in fact is the model name of Avigation Type-A 1935 an unfamiliar one.

Like the Avigation Type-A 1935 that we covered in 2016, the 2020 variant is in a 41mm stainless steel case. The 2012 model as per the link above was a significantly larger 49mm; a size that historical references aside, clearly put it out of wrist-reach for the vast majority of people. Water resistance for this case is 30m. 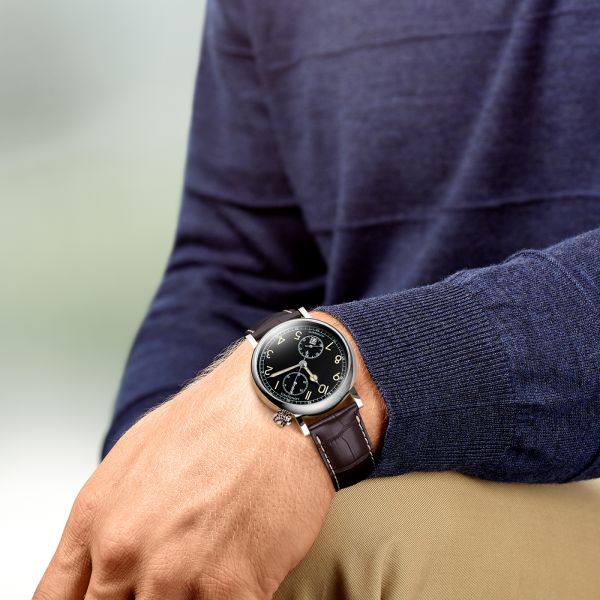 The Avigation is a monopusher column wheel chronograph inspired by Longines’ historical relationship with aviation and military watches. During the World War 2 era, the most commonly used watch used by the U.S. military was the Type A-11, but there were some other Type A military watches, such as the A-17 and the A-7 specifications. The A-7 was produced during the late 1920s to 1930s and called the ‘Avigation’. It was a chronograph with a Gallet chrono movement and looked like an angled pocket watch strapped to the wrist, hence the look of the modern versions. 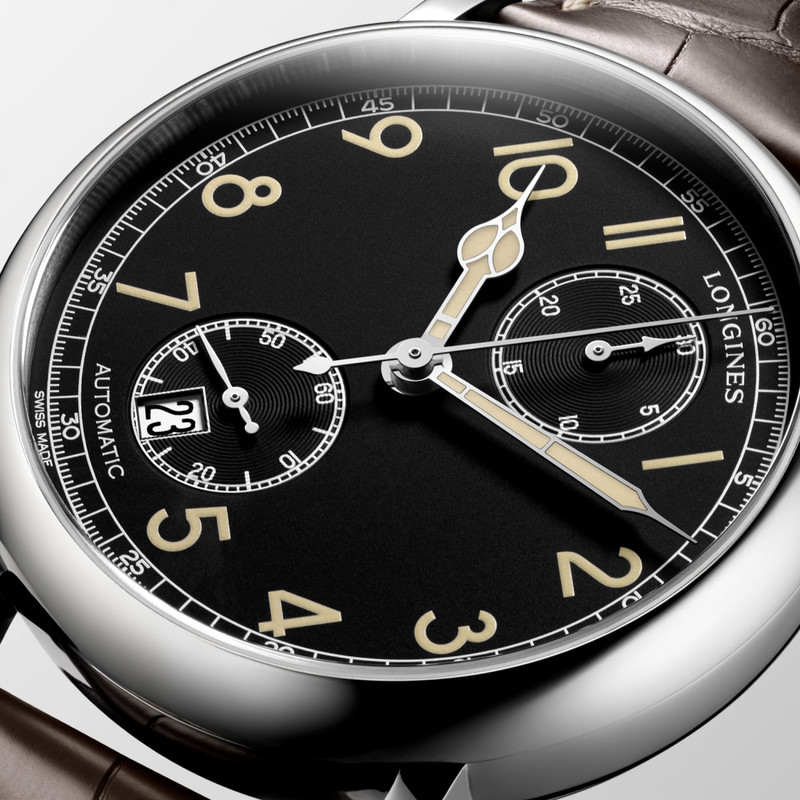 For those unfamiliar with this style of watch, it was originally rotated so that pilots who wore it on the inside of their wrist could see the time more easily at a glance. They were also especially large watches for this reason (and also so they could be worn outside of a jacket). The traditional oversized crowns, and their designs, were also to enable ease of grip when wearing gloves.

Whereas the 2016 Avigation Type A 1935 had a white lacquer dial, this new variant’s dial is black, with painted Arabic numerals in a pale beige reminiscent of ageing and patination. The silvered polished hands have Super-LumiNova, as do the numerals.

The two-register chronograph layout (30 minute counter and small seconds) with its central 60 seconds hand for the monopusher chronograph function is like the 2016 model, and the familiar Longines modern concession in the form of a date window is still present, inside the small seconds. 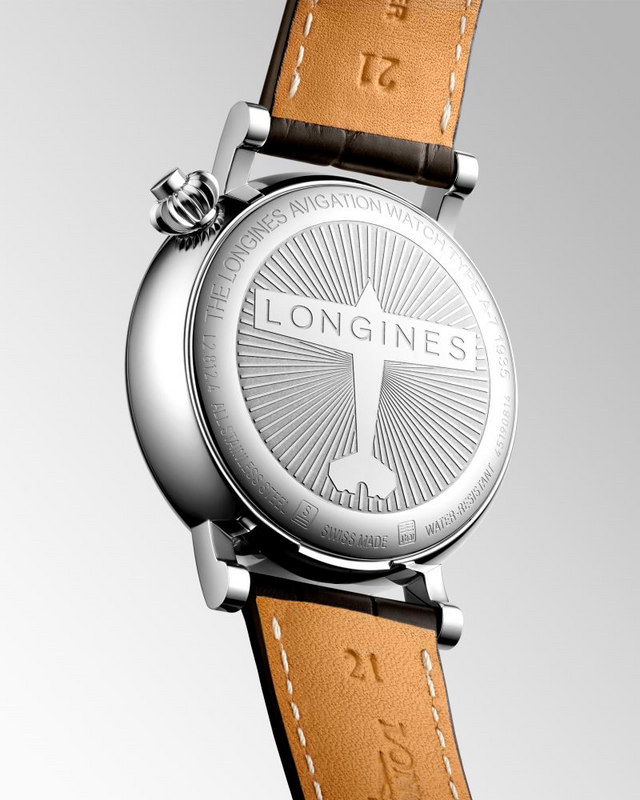 The back will look familiar as well, as it features the same engraved decoration as the white dial model. Behind it is also the same automatic Calibre L788.2 with a column wheel chronograph beating at 28,800 VPH and with a power reserve of 54 hours.