If you were, as I was, one of those who wondered why the Legacy Machine FlyingT was launched in three diamond-set editions and none sans diamonds, viewing the latter as perhaps more suitable for more regular wear (as well as being at a lower price point), then the news that this has happened is a welcome one.

The FlyingT is now available in red gold and platinum 950 variants, but this is not the only change. Instead of the stretched-lacquer dial plate below the domed crystal there is now a guilloché plate with a radial pattern of scalloped arches, made by long time Friend Kari Voutilainen’s dial company Comblemine. The red gold FlyingT gets a dark hued one and the Platinum, sky blue. These are meant to represent, respectively, night and day. 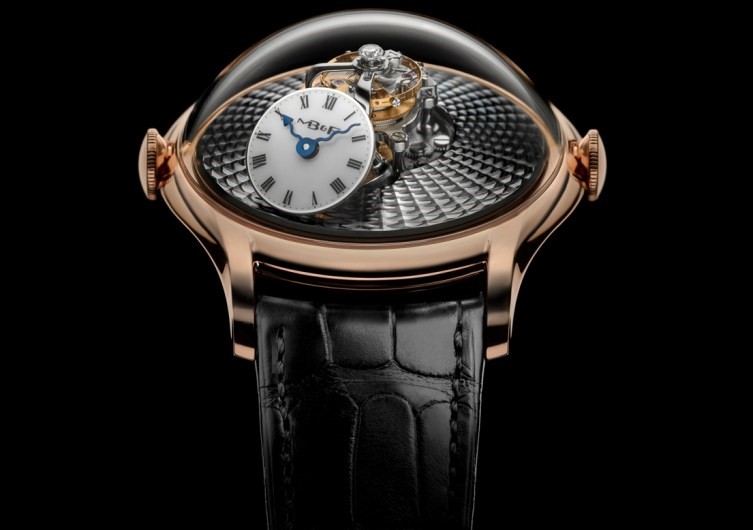 The same blued serpent hands that appeared on the launch models appear on the hours and minutes display at 7 o’clock, on a 50° vertically titled dial.

The tourbillon is anchored only at its base to the dial. The vertical mechanical movement is topped by a 60-second flying tourbillon with a cantilevered double arch upper bridge instead of the brand’s typical battle-axe bridge. A 0.035 carat diamond tops the tourbillon’s cage. 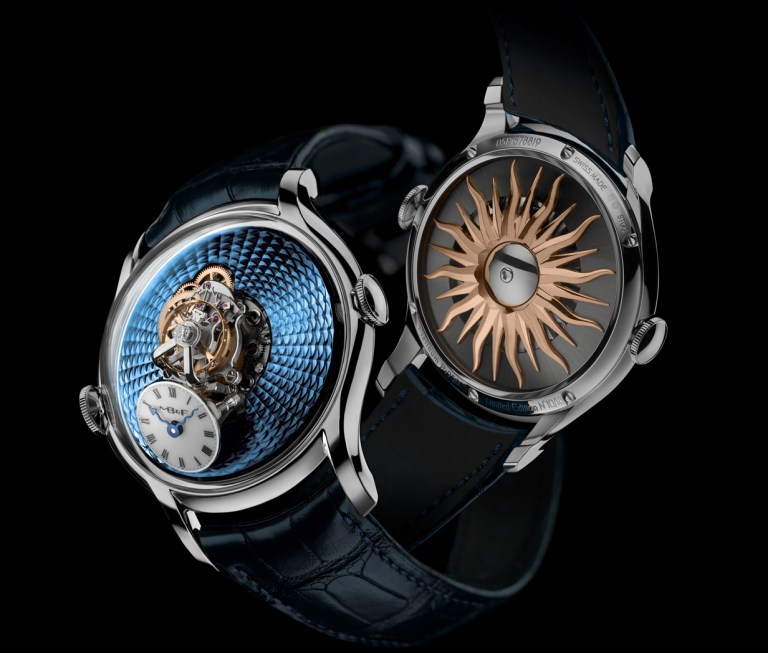 On the flipside you can see the automatic winding rotor, in the shape of a three-dimensional sun with sculpted rays, in 18k 5N red gold, titanium and platinum. The movement, developed in-house, beats at 18,000 VPH and has a power reserve of 100 hours. 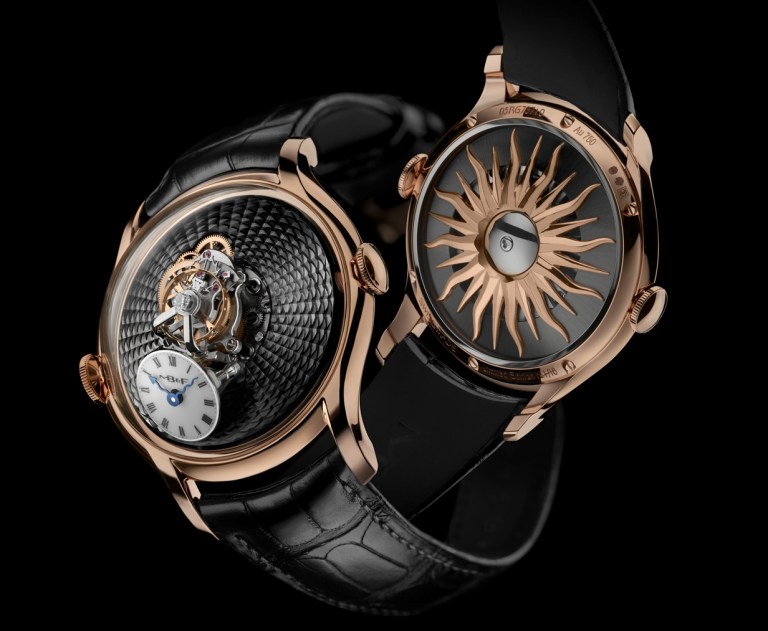