Jaeger-LeCoultre’s popular Rendez-Vous collection has been tweaked this year as part of the brand’s ‘The Art of Precision’ theme. Launched earlier this year, of particular note are three new models consisting of two Night & Day variants, and a new Dazzling Rendez-Vous Moon. Released seven years ago, the Rendez-Vous collection has proved to be incredibly popular. These new pieces are characterised by three new commonalities (a prong setting, a new moon phase, and mother-of-pearl) in 36mm sized cases, and use redesigned Calibre 898B and 925A movements.

Today we are looking at what I think is the most striking of the three, one of the two new Night & Days. Available in white or pink gold with alligator leather straps (in blue or taupe), it is the latter one that I find the most attractive. 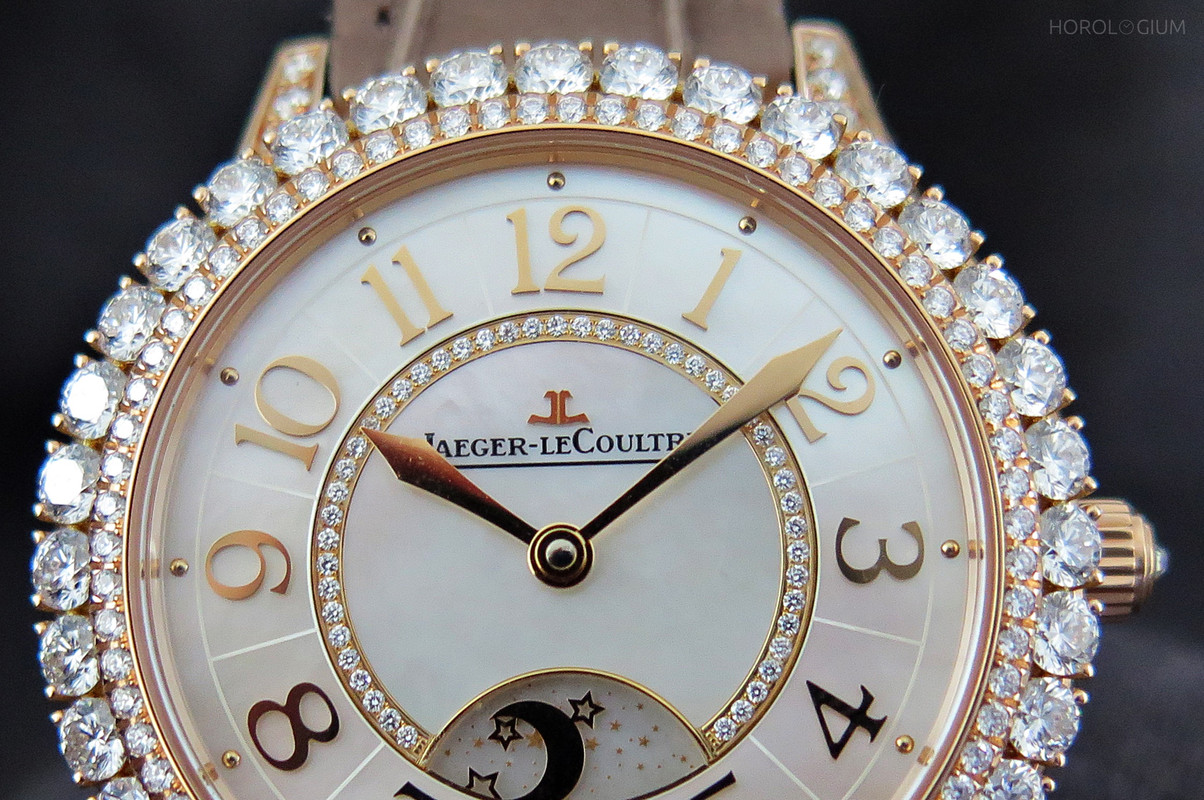 Each of the two versions of the Rendez-Vous Night & Day is set with one hundred and eighty-six diamonds. The bezel has one hundred and twenty-six diamonds in two rows and the inner ring on the mother-of-pearl dial has forty-seven diamonds. If that’s not enough for you, there are a further twelve diamonds set in the lugs and a single inverted cabochon in the crown. That brings the total to 3.43 carats. 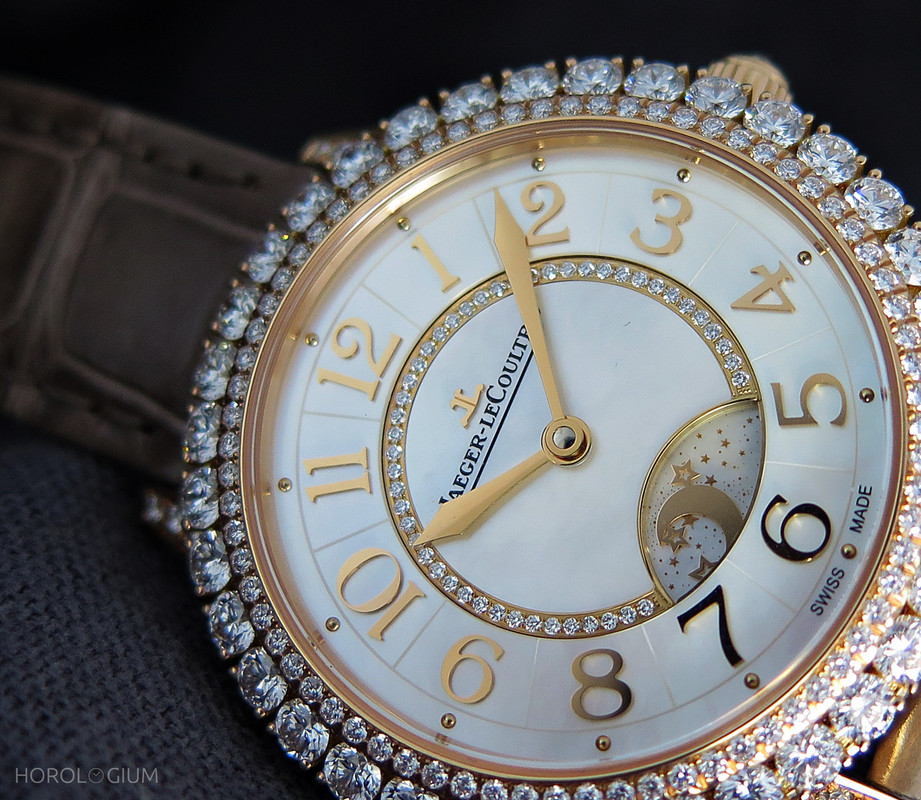 The eponymous ‘Night & Day’ is a crescent-shaped aperture at 6 o’clock which displays a newly styled moon and stars or the sun against a mother-of-pearl background. The hands and applied numerals are polished 4N pink gold.

Inside the pink gold case (water resistance 50m) is the redesigned automatic Jaeger-LeCoultre Calibre 898B/1 which beats at 28,800VPH and has a power reserve of thirty-eight hours. 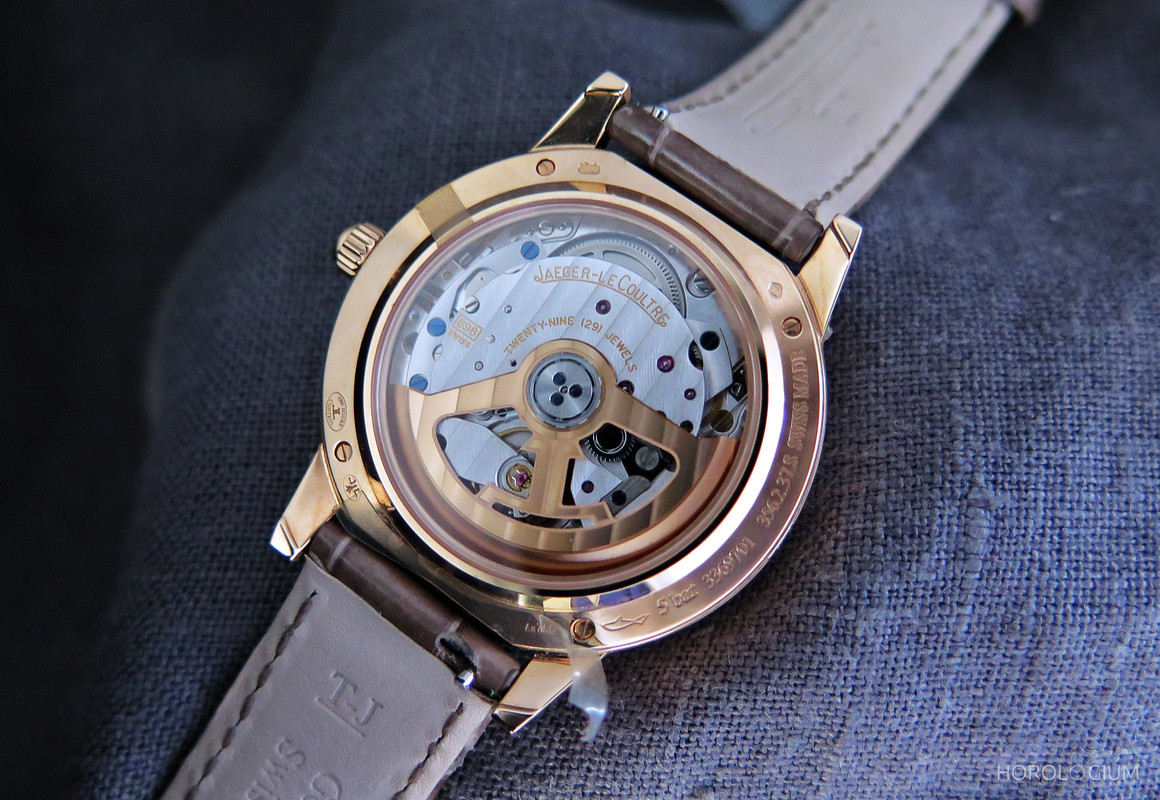 Stone setting is about securing the stone, enhancing the gem and the object (watch), standing up to the realities of wearing it whilst protecting the stone, and that the setting should fit the aesthetics of the piece. Prong setting requires the gem setter to individually set each diamond into the head of a (in this case pink gold) cone-shaped base, after which the prongs are brought over the stone to secure it.

Some of the benefits of using this type of setting, and which are very noticeable in this new model, is that the minimum presence of metal (just the claw that grips the stone, holding it place), means that more of the diamond is exposed, allowing light to hit and pass through more surface area, making it more prominent and brilliant. The combined effect of an extra row of diamonds with this setting makes for, especially in this pink gold model and on the taupe strap, a watch that has both a lot of sparkle, and warmth. The white gold version with its dark blue strap comes across as more formal, and evening oriented.

The pink gold Dazzling Rendez-Vous Night & Day has an RRP of 46,000 CHF (including tax).