Following on from their RailRoad and Heritage 1918 releases earlier this year, Longines have launched another new (old) model to add to their burgeoning heritage collection with the rather lengthily named Avigation Watch Type A-7 1935, based on a 1930s chronograph made for the United State Army Air Corps.

It may ring a bell for you, and if so then you are correct, as in 2012 Longines released the black-dailled 49mm-sized Avigation A7 that was very appealing but unfortunately, just too big for most wrists, however much the size was influenced by historical reasons.

Rather thankfully, this new variant has a 41mm case, which makes it wearable for the curent market. As well as the size making it have quite a different type of presence, the dial changes also make this look like a completely different watch. The use of white lacquer to mimic a porcelain look, period-correct typeface, and attempting to replicate the colour in the filling of the numerals familiar to 1930s trench watch owners, all combine to make something that looks more ‘historical’ than the shiny black version. 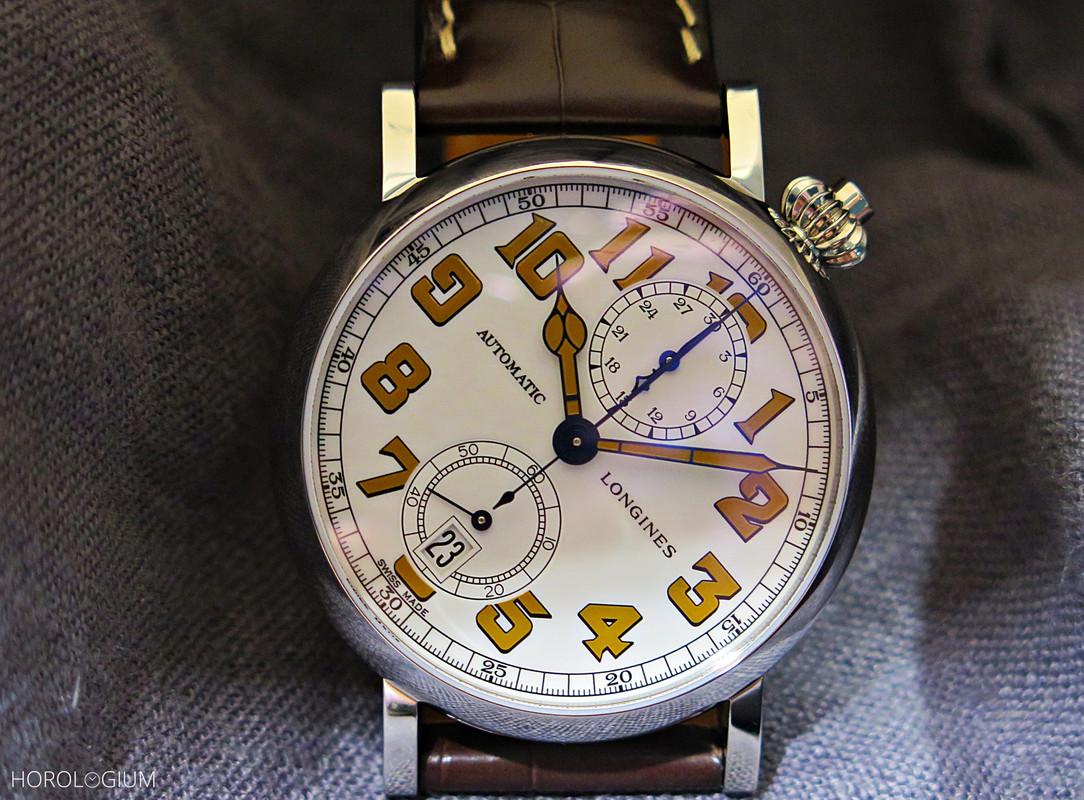 The two-register chronograph layout for the monopusher chronograph function is true to the original but not unexpectedly, as is their wont, a date window makes an appearance for the modern consumer.

For those unfamiliar with this style of angled watch, it is rotated 40 degrees clockwise because it was worn by pilots for whom this design was seen as the easiest way to read the watch at a glance. 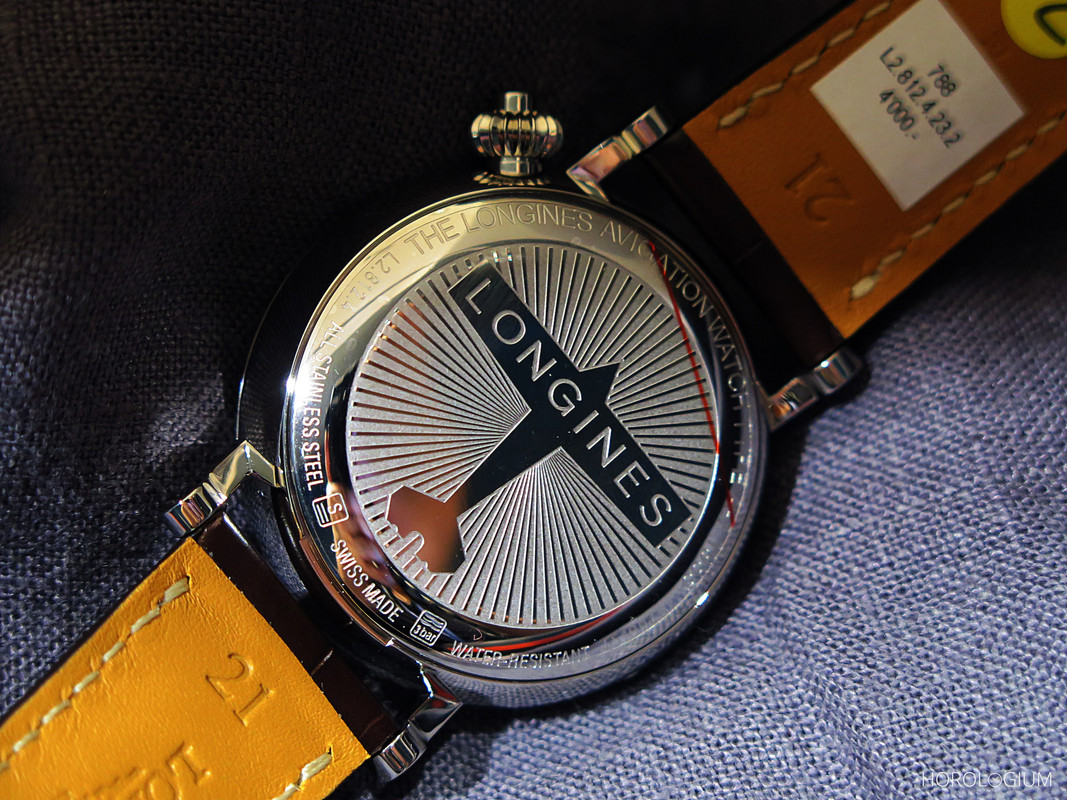 Behind the nicely decorated vintage-referencing case back is the Avigation Watch Type A-7 1935 is the Calibre L788.2, a modified ETA 7750 with a column wheel and 54-hours of power reserve.

A nice addition to a collection that continues to put out good looking watces, the Australian RRP for this new Avigation A7 is $4,500.

To read about an important vintage Longines watch from that period, the Lindbergh, click on this link.