Bremont has been known for its male-focused offerings but after interest shown from customers and potential customers alike, 2016 has seen them introduce their first women’s watches, the Solo-32. Intended to be reliable, versatile, and accessible price wise, the Solo-32 is characterised by simple classic dials that come with strap options which you can mix and match as well as a bracelet.

The ’32’ of the name refers, of course, to its size and the ‘Solo’ links it to the men’s (larger) Solo. The original Solo has a simple dial, date window at 3 o’clock (now at 6 o’clock for this new model, which I must confess that I prefer), and a chronometer-rated movement, attributes which have been transferred to the women’s model.

The chronometer aspect in particular is worth mentioning, as it is not something that normally finds itself appearing as feature in women’s watches, and there are women for whom this may just make a difference. The movement is the automatic Calibre BE-10AE, with a 40-hour power reserve. The prototype I saw had a closed case back but the production model has an open one, so you will be able to admire the movement.

The case, lugs, black-capped crown, bezel, black-or-white dial options and chapter ring on the flange are reminiscent of the men’s model, but the leaf-shaped hands (polished nickel or blued steel) are slimmed down, the Arabic numerals proportionately larger and fewer and as mentioned, there is a Roman numeral version. 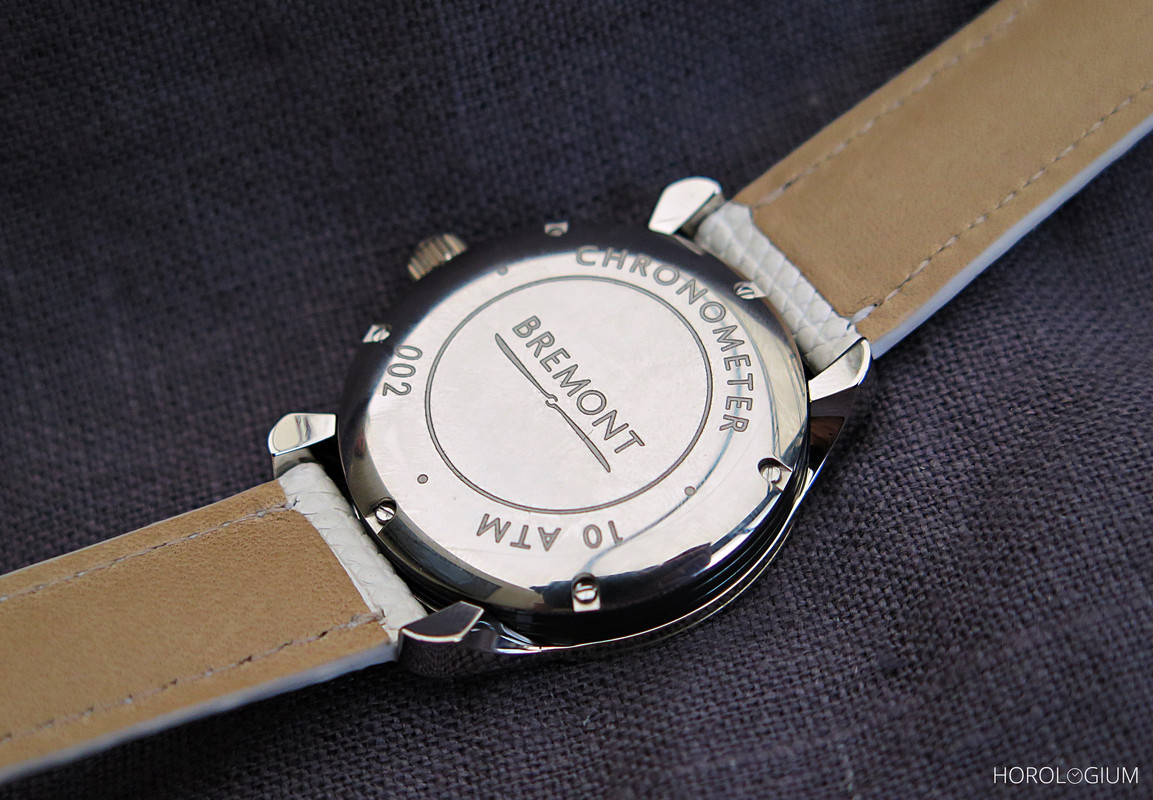 Resistant to 100m, these new women’s watches have the Bremont three-part Trip-Tick case made of specially hardened steel with a DLC middle section, making them sturdy quality watches intended to be practical ‘daily wear’ timepieces. 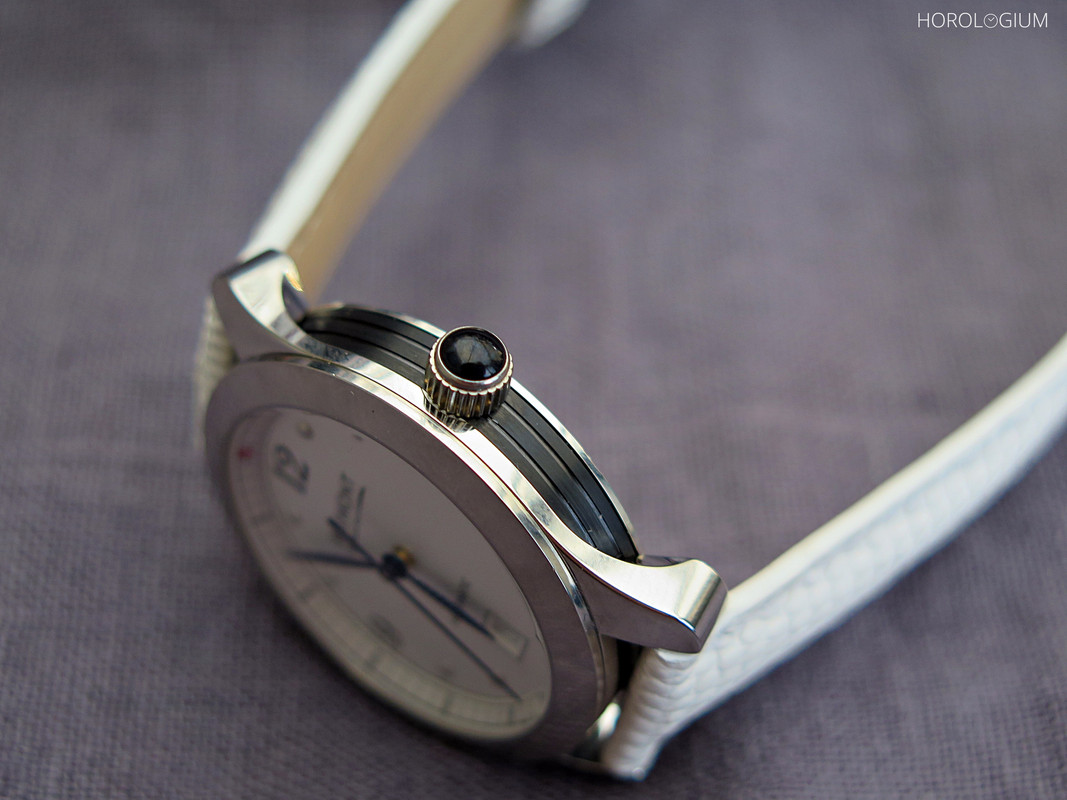 The Arabic numeral model is the Bremont Solo-32 AJ named after Amy Johnson, who in her DH-60 Gypsy Moth became the first woman to fly solo from England (London) to Australia (Darwin), arriving in Darwin on 24 May 1930. The Roman-numeral Bremont Solo-32 LC is named after Lettice Curtis, a WW2 pilot who flew military combat aircraft with the Air Transport Auxiliary and was the first woman to qualify to fly a four-engine bomber. 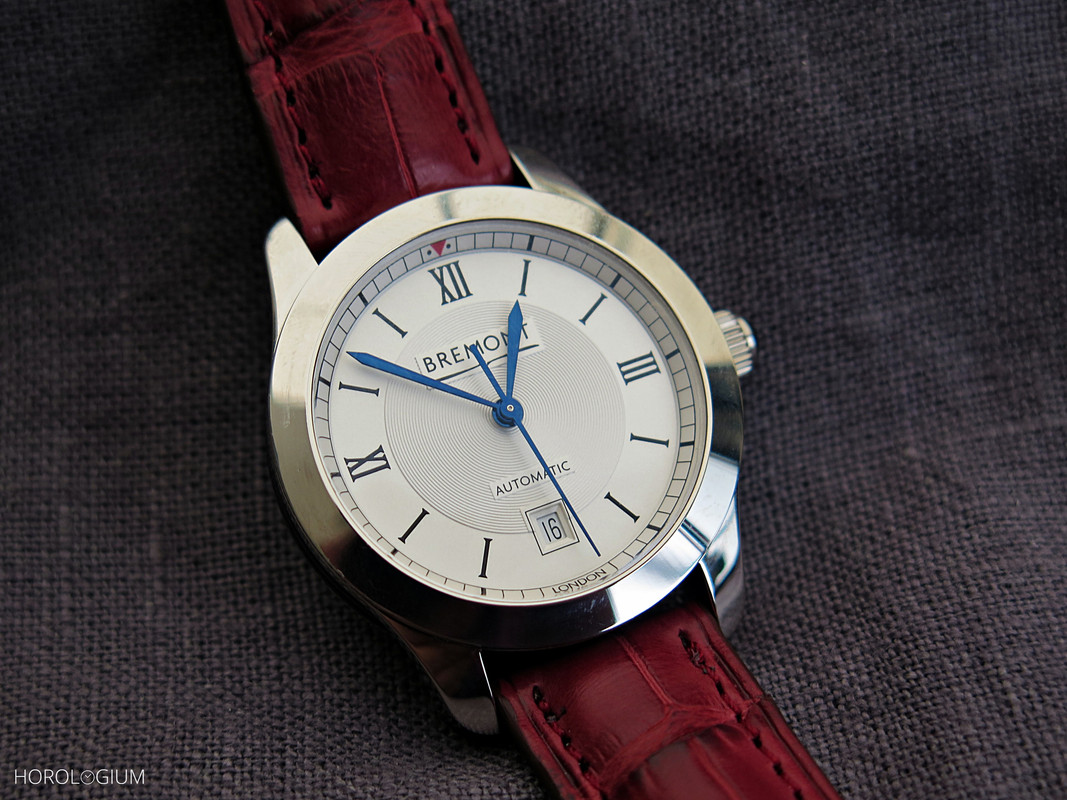