It’s interesting how much impact young independent brands have had on the watch industry. Established in 2002, De Bethune is known for its distinctive mold-breaking designs for what are, at their heart, often quite classical pieces of watchmaking. Even their least dressy piece, this year’s DB28GS (Grand Sport) still exhibits all of those design cues that make it distinctively De Bethune.

This year they created a special DBS Tourbillon that was released at Baselworld 2015 and which Sydney had its first opportunity to see when Alessandro Zanetta brought one with him during a recent visit. The DBS holds a special place because the first DBS was made a decade ago for the 2005 Only Watch Auction, and this DBS Tourbillon was created to mark this tenth anniversary. 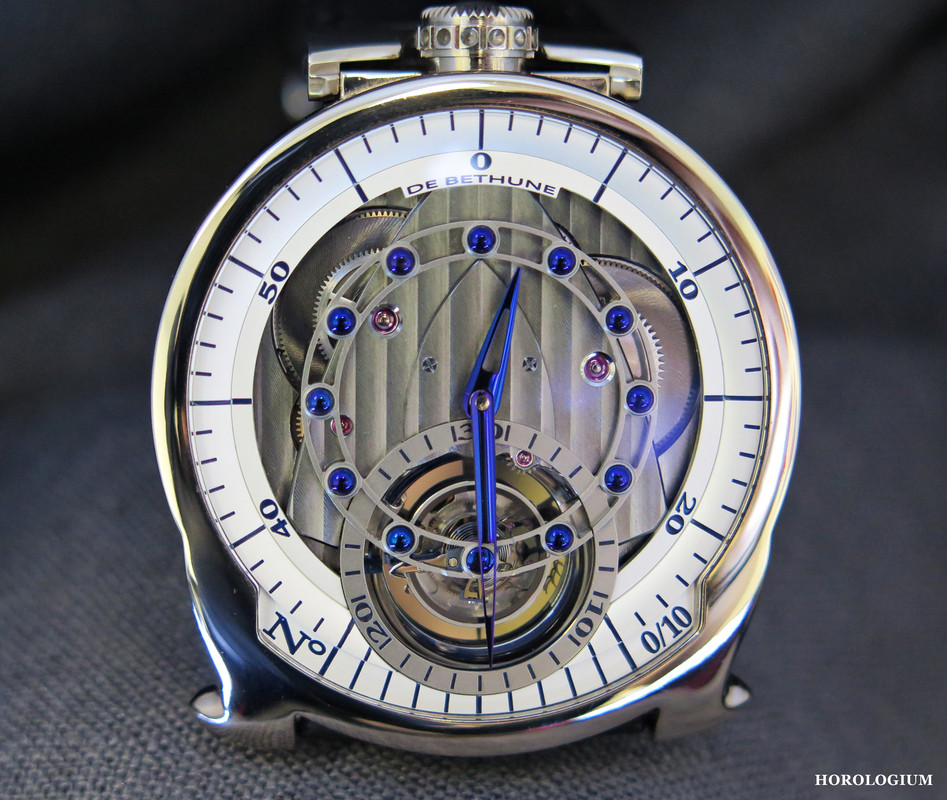 The unusual lugs and the crown at 12 o’clock are some of the distinctive features (even by De Bethune standards) of this new limited edition (ten pieces) 45mm x 42.5mm white gold watch. If you look to its top you will see a pivoting gold plate connecting the upper section of the strap and  the case middle. When the original watch was released, this was the forerunner of what developed into the brand’s famous patented floating/ articulated lugs. This means that even at this size, it sits surprisingly snugly on varied wrists. 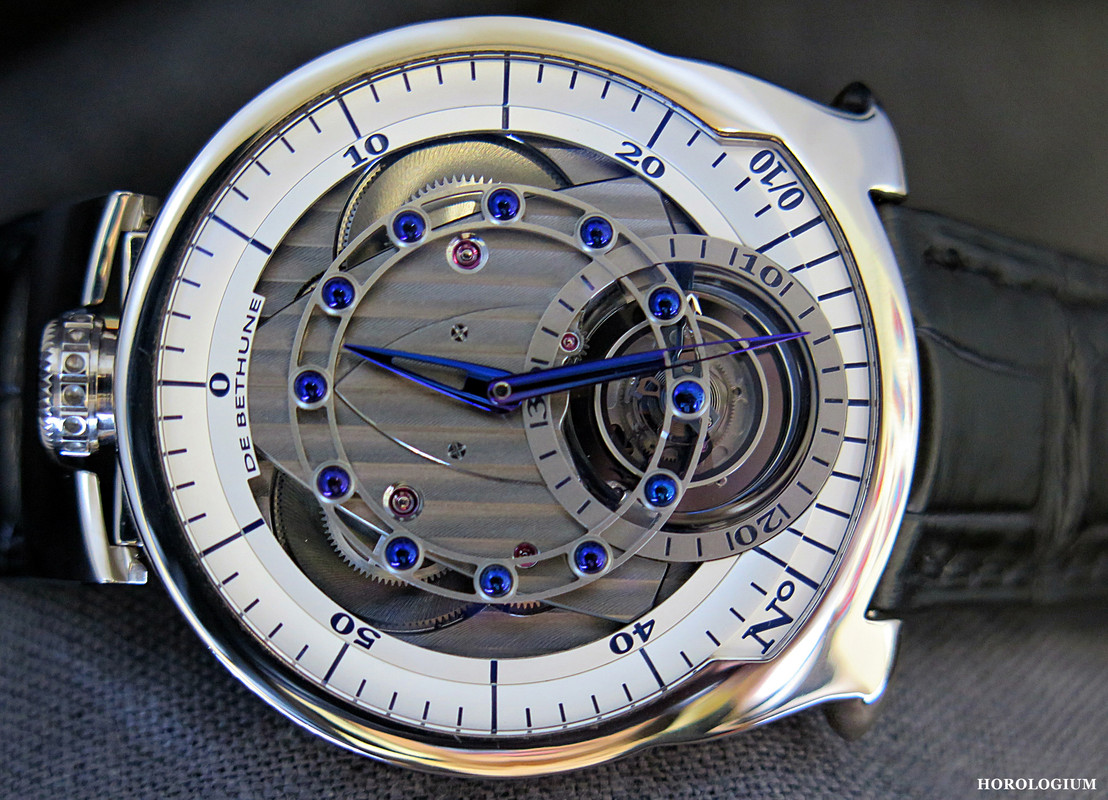 Inside the birthday DBS is a 30-second tourbillon featuring a high 36,000VPH frequency. The tourbillon’s cage is made of 63 parts weighing a total of 0.18g. Powering it all is the manual-wind De Bethune Calibre DB2019 with a power reserve of five days.

Now to the dial – the signature deltoid-shaped bridges are anthracite with ruthenium finishing and accompanied by hand-polished and blued spherical hour indicators and a silver-toned minute ring. 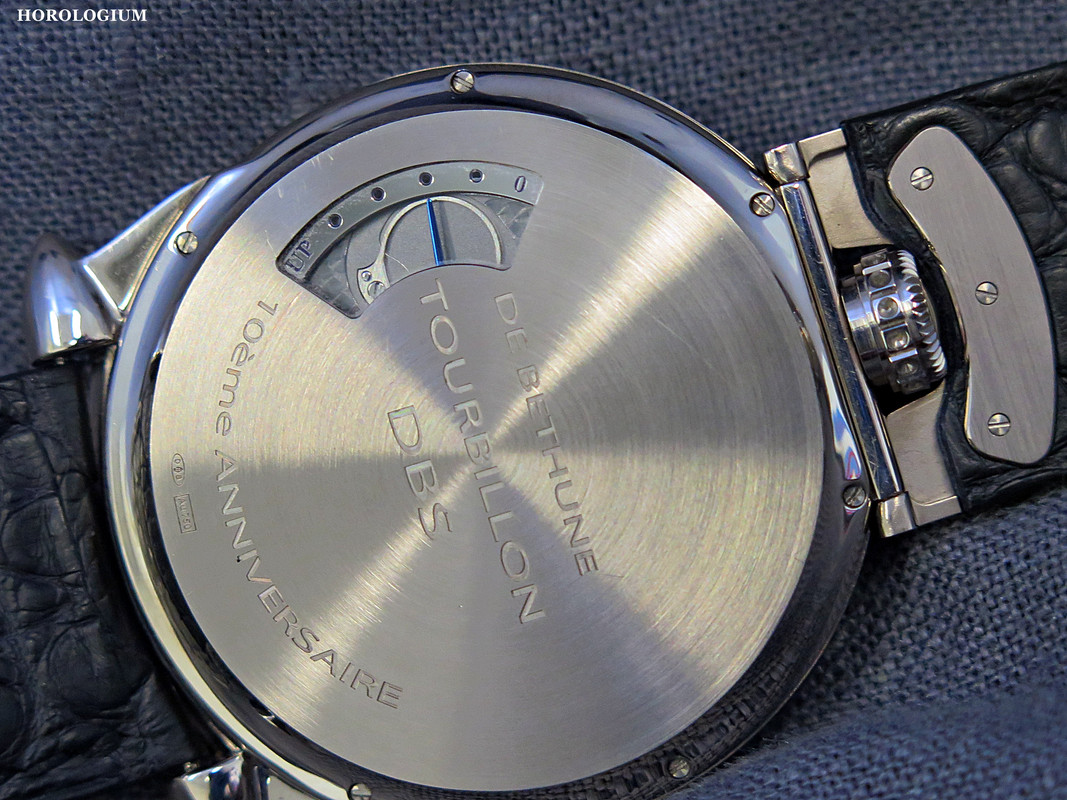 The case back is solid but for a small window with a linear power reserve indicator and an anniversary nod. It comes on a black alligator strap.

As mentioned, this is to be made in a limitation of ten pieces in honour of the tenth anniversary of the DBS. The price is CHF 195,000.