In this the year of the 200th anniversary of the birth of founder Ferdinand Adolph Lange, A.Lange & Söhne have introduced some special models. One of these has been a platinum 1815 with a black dial, but following on from that, they launched a ‘Honey Gold’ version of the same watch, also in a 40mm sized case, which debuted at Watches & Wonders 2015.

What is ‘Honey Gold’? Well it is a proprietary alloy (yellow gold and silicon) that Lange have used in their watches before (e.g a limited edition ‘Homage to F.A. Lange 1815 Moonphase in 2010) and is harder than yellow gold as well as being discernably less yellow in colour. For those who find yellow gold a little too ‘yellow’ and aren’t quite rose gold people, this may tick your metal colour box. 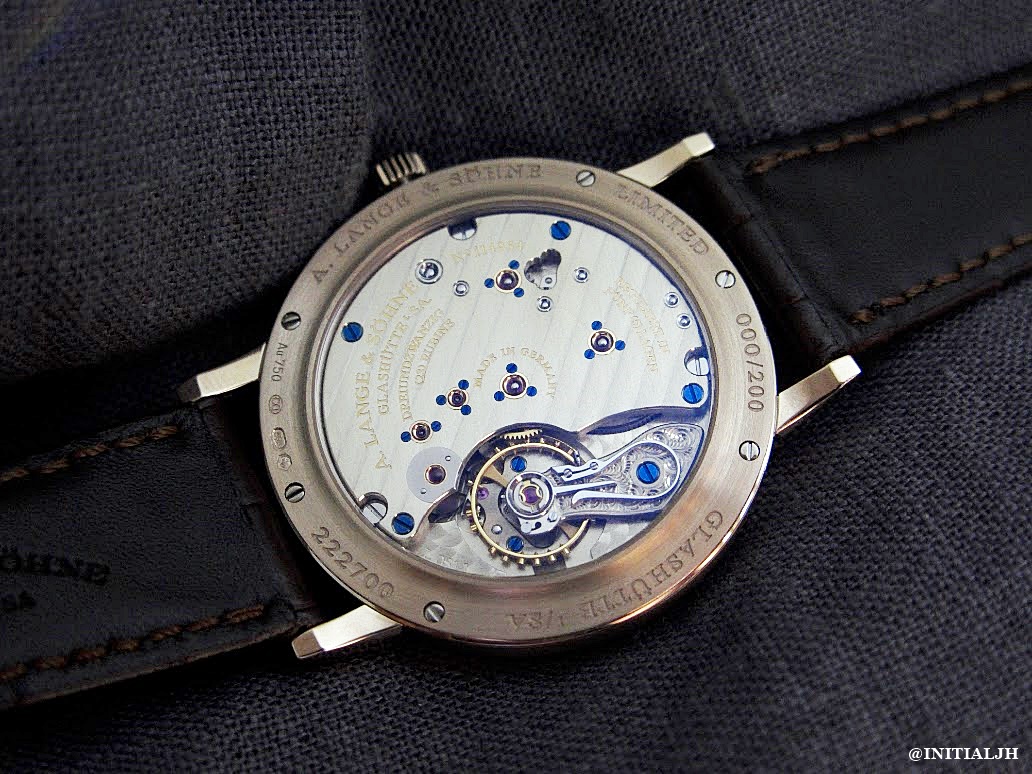 Inside (and visible through the open case back) is the manual-wind Calibre L051.1 with a 55-hour power reserve that has its beautifully finished three-quarter plate, blued screws and engraved balance cock.

Each watch is engraved with its limitation number (x/200) on the back. 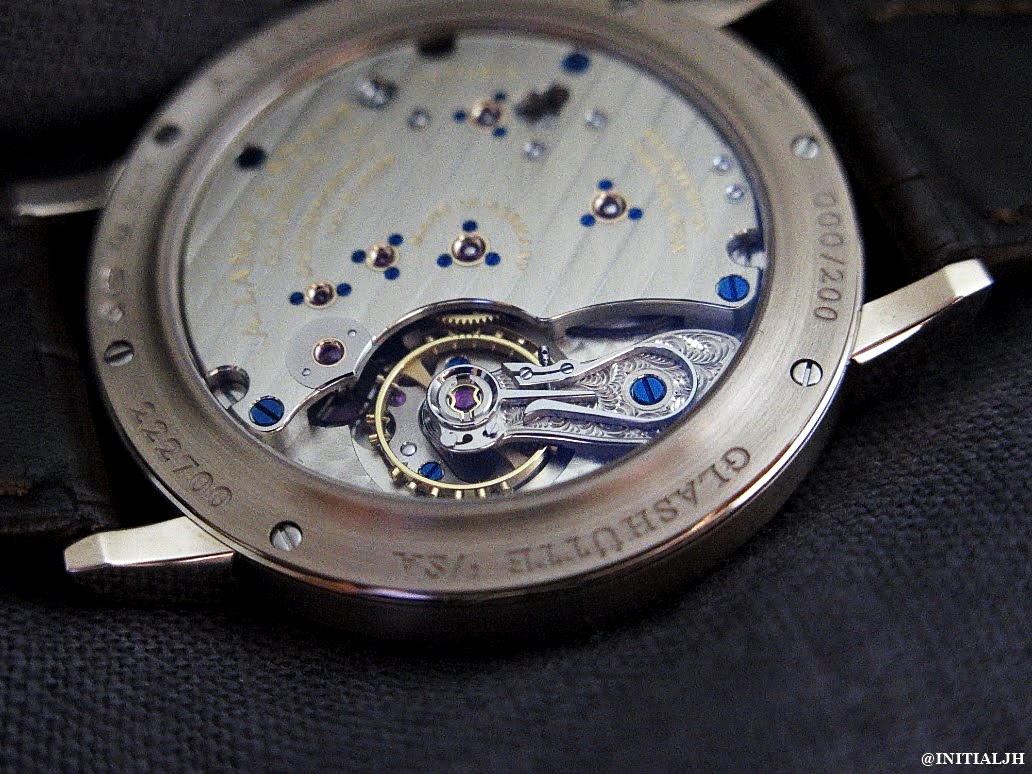 With a height of 8.8mm to accompany its 40mm size, this is a drop dead gorgeous traditional dress watch.