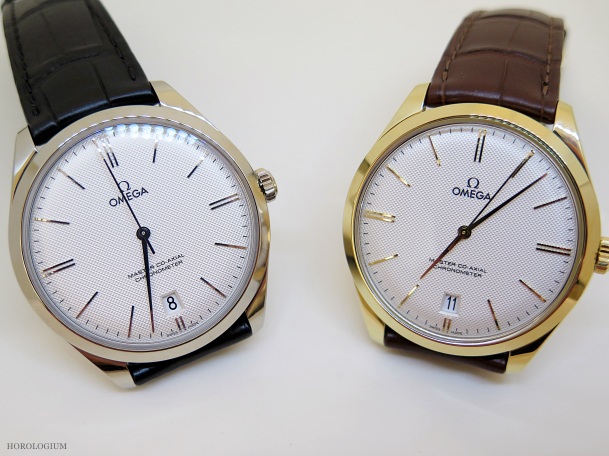 On the day during which I visited the Sydney Omega boutique to see the Speedmaster Mark II I had expectations only of the Mark II. What other watches I might see did not cross my mind. It was all about the Mark II.

What ended up happening is that I went in with one watch at the forefront of my mind but left with another dominating my thoughts and becoming not only my favourite 2014 release from Omega, but also one of my favourite watches so far for 2014. 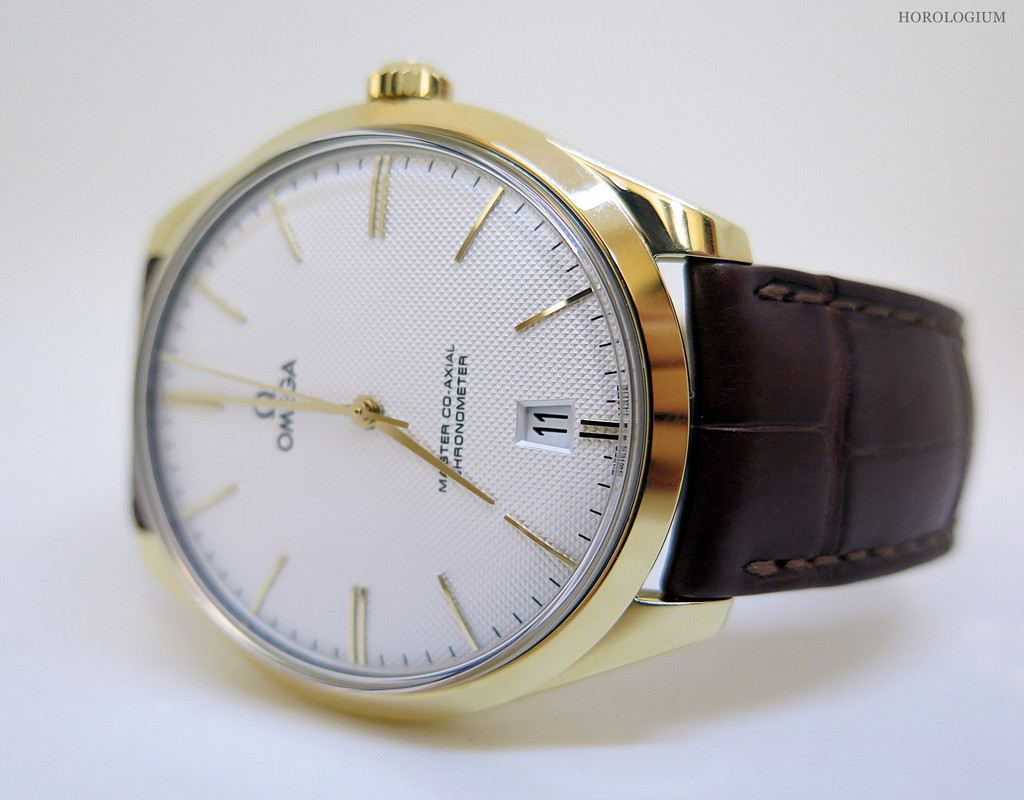 I had read about the newly reworked De Ville Trésor but, mesmerised by the Mark II, I had only paid it cursory attention. More fool me.

The original Omega De Ville Trésor models was first launched in 1949, made for the South American market and called ‘Tesoro’. They were simple models, characterised by classic case styles, clean dials (some with a seconds sub-dial, some with a sweep seconds hand), and containing a 30mm movement. 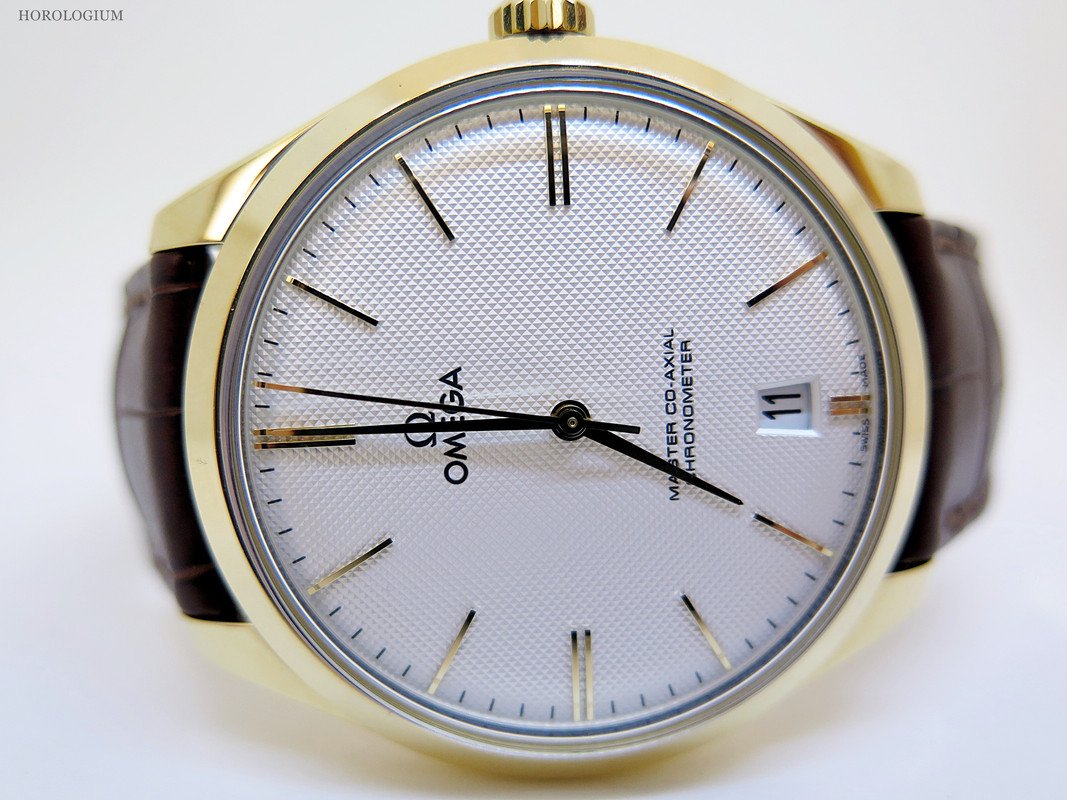 The new Trésor screams a 1940s-1950s dress watch aesthetic, but that’s where the similarity ends. Inside is the manual wind Master Co-Axial Caliber 8511 (that includes a time zone function) with an 18k rose gold balance bridge, a Si14 silicon balance spring and Omega’s three-level co-axial escapement. The movement is a COSC-certified chronometer and anti-magnetic greater than 15,000 gauss and has a power reserve of sixty hours. 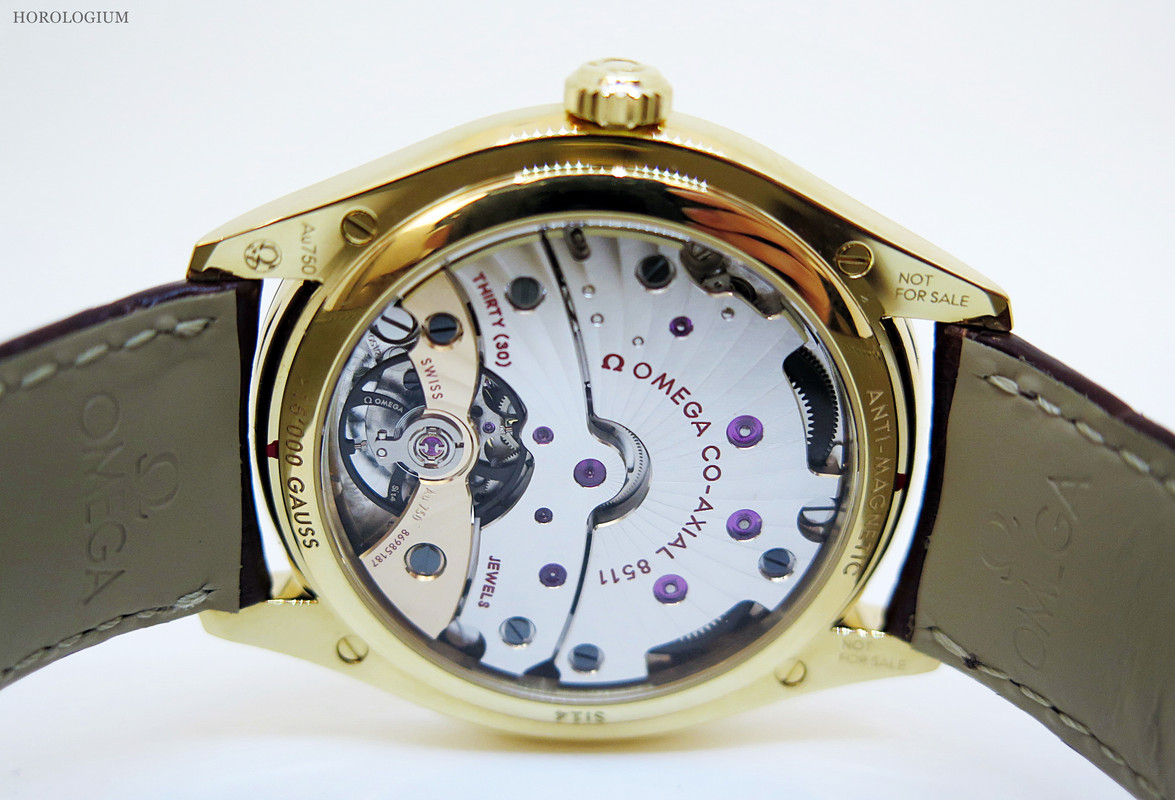 As for the case, that has also been glammed up, with the new 40mm Trésor available in yellow gold, white gold, or Omega’s Sedna gold. However, it is not the case or its metals that are the key to this watch, it’s the dial. Silvery opaline, domed and decorated with a Clou de Paris (guilloché motif of hollowed lines that intersect to form tiny pyramidal shapes) pattern, it is quite simply, stunning. 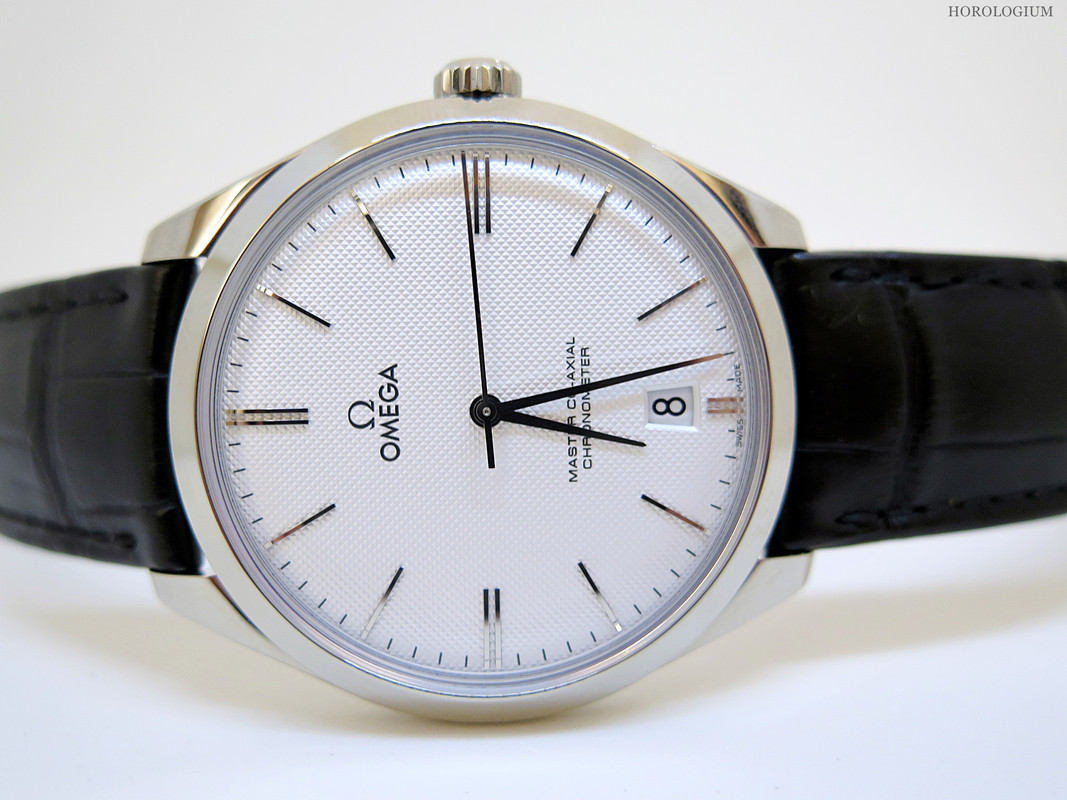 The visceral appeal of the dial/ case combination took me by surprise, and it was these aesthetics which made this overtake the Mark II as my favourite Omega release. Despite it very clearly harking back to Omega’s history, it does not look dated nor old-fashioned. It is deeply simple but deeply elegant, and its full effect is best seen ‘ín the metal’.

Hands and hour markers are made of 18k gold and arched to complement the curvature of the dial and crystal. The polished open caseback sports “ANTI-MAGNETIC,” “15,000 GAUSS,” and “Si14”. 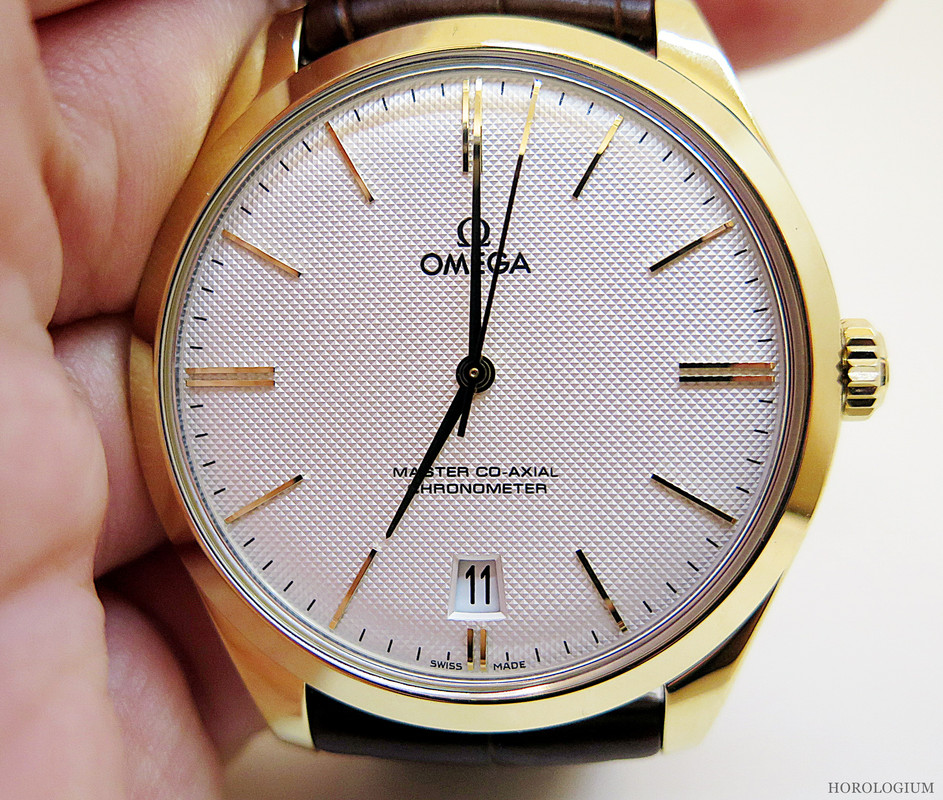 Water resistance is to 30m and coming on either black or brown leather strap with polished 18k gold buckle, it has a four year warranty. 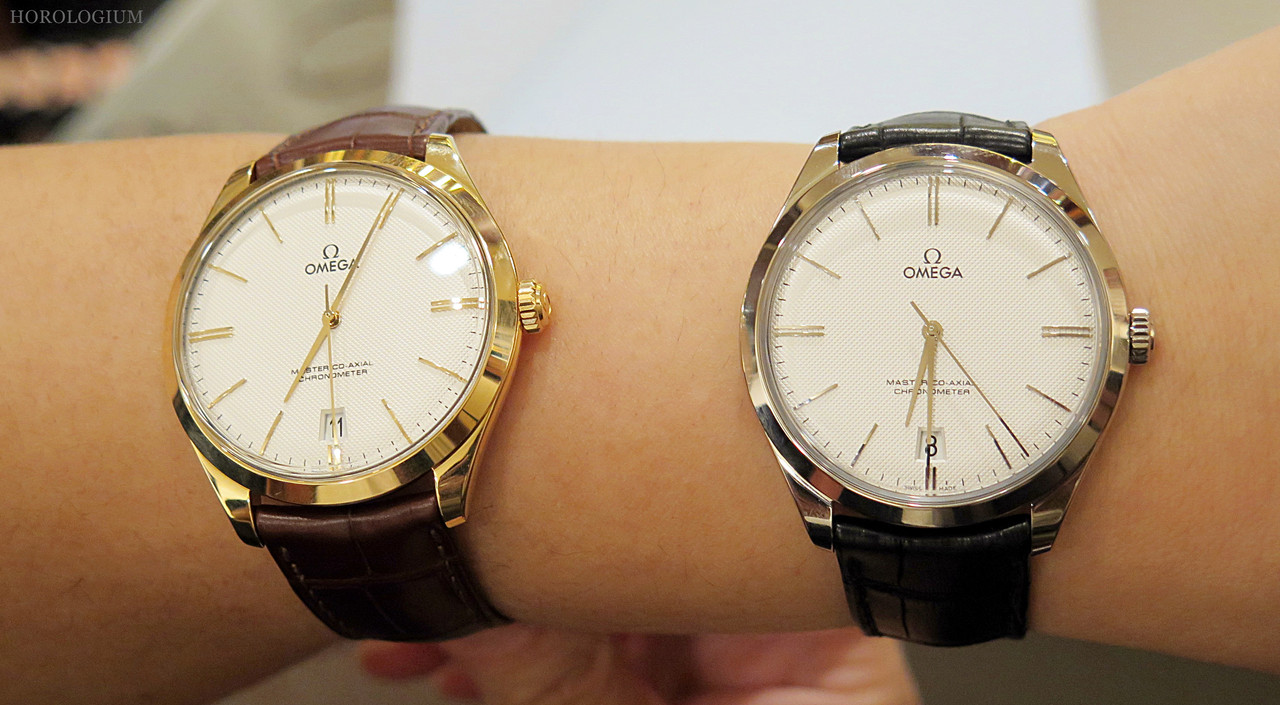 This may not have been the most hyped Omega release during Baselworld 2014, but this thoroughbred deserves as much attention as its other new siblings. The Australian RRP for the Sedna and Yellow gold pieces is $16,175 and the White Gold version is $17,575. Availability will be from approximately March 2015.