As part of its pre-SIHH announcements the Titans of Thin announced the new Altiplano Chronograph, about which I wrote at this link. Today’s photos provide some live photos of this piece, so that you may compare the press release photos with those taken by the Horologium SIHH photographer, @initialjh.

With a 4.65mm movement and a 8.24mm case, it sets two records for thinness. Although it is not Piaget’s only chronograph piece, the others are in their more ‘bulky’ collections.

As previously mentioned, this new addition to the brand’s storied history of twenty-five ultra-thin movements and fourteen world records broken is called the new Calibre 883P. Taking two years of development, this new calibre is a manual-wind flyback chronograph, and is a relation to the automatic Calibre 880P movement, as the name hints at. 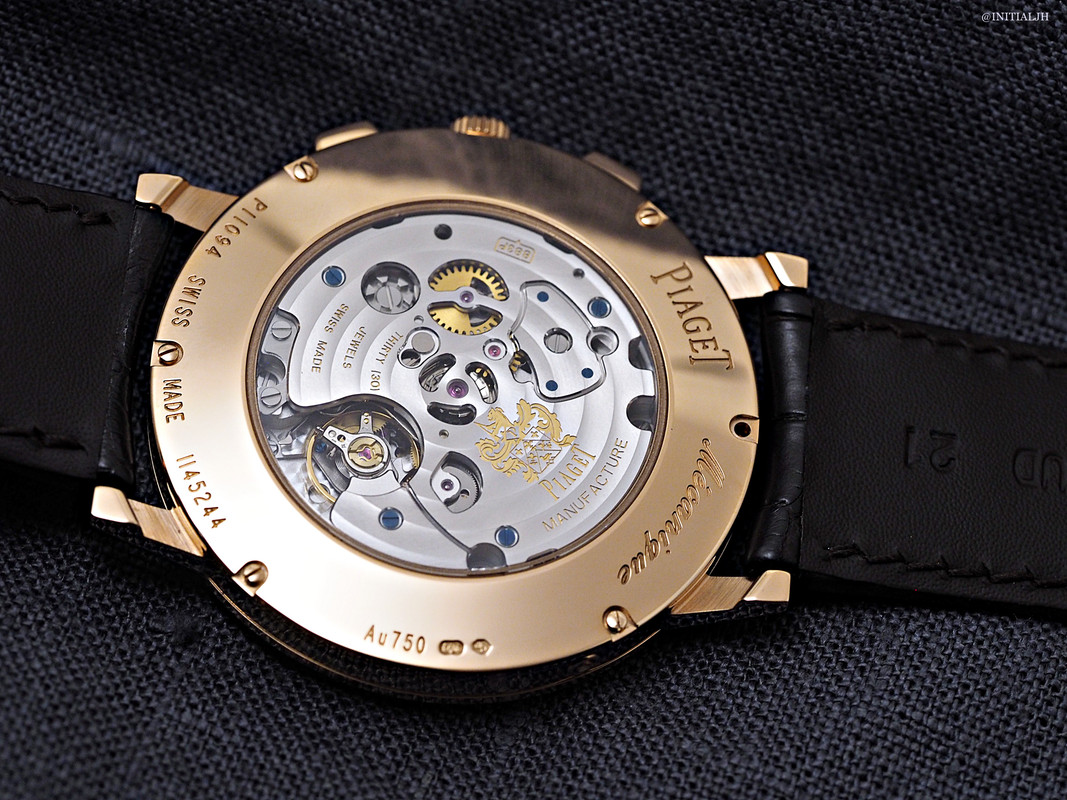 In terms of the dial it features a sunburst satin-brushed finish, baton hands for that particularly Altiplano type of dressy elegance and, you may notice, the sub-dials are not recessed, which I’m guessing is all in the name of thinness. The 41mm case comes in either 18K pink gold or a an 18K white gold model, the latter with a fifty-six brilliant-cut diamond bezel of approximately 1.8 carats. 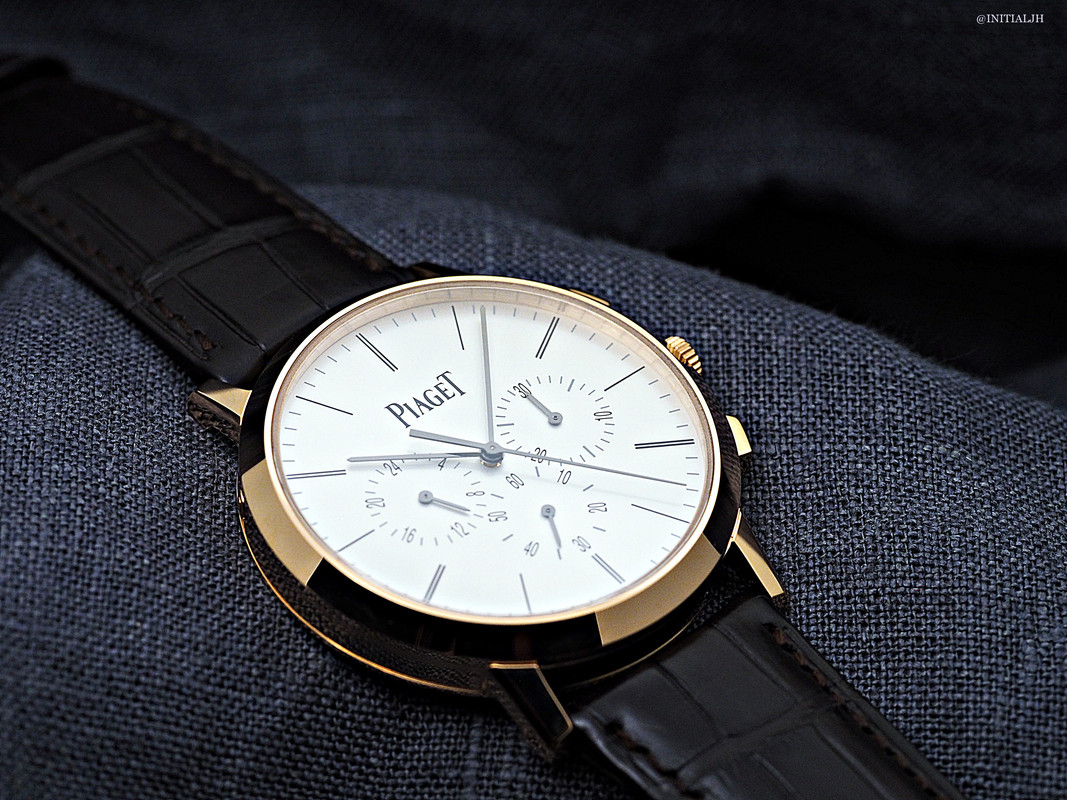 So how does the reality of handling the piece compare to the photos? Well firstly, and you may be able to see this for yourself in a photo comparison with the previous post, the ‘in the metal’ rose gold watch has a ‘warmer’ feel to it and a presence that although ‘thin’, not so thin as to feel insubstantial on the wrist. In terms of the pushers for the chronograph function, chrono-fan @initialjh reports a positive action with little ‘play’ in the movement (which is a good thing) when actuated.