A little while ago Horologium wrote about the new meteorite dial from Jaeger-LeCoultre to be launched at SIHH 2015, and today it was thus launched, along with an accompanying bit of the meteorite from which it takes its dial.

As mentioned previously, the sourcing of the dial is a block of meteorite discovered and registered in Sweden that comes from the asteroid belt between Mars and Jupiter. Meteorites are older than the oldest rocks on Earth, and those coming from this belt are thought to be the shattered iron and olivine cores of large bodies that collided. 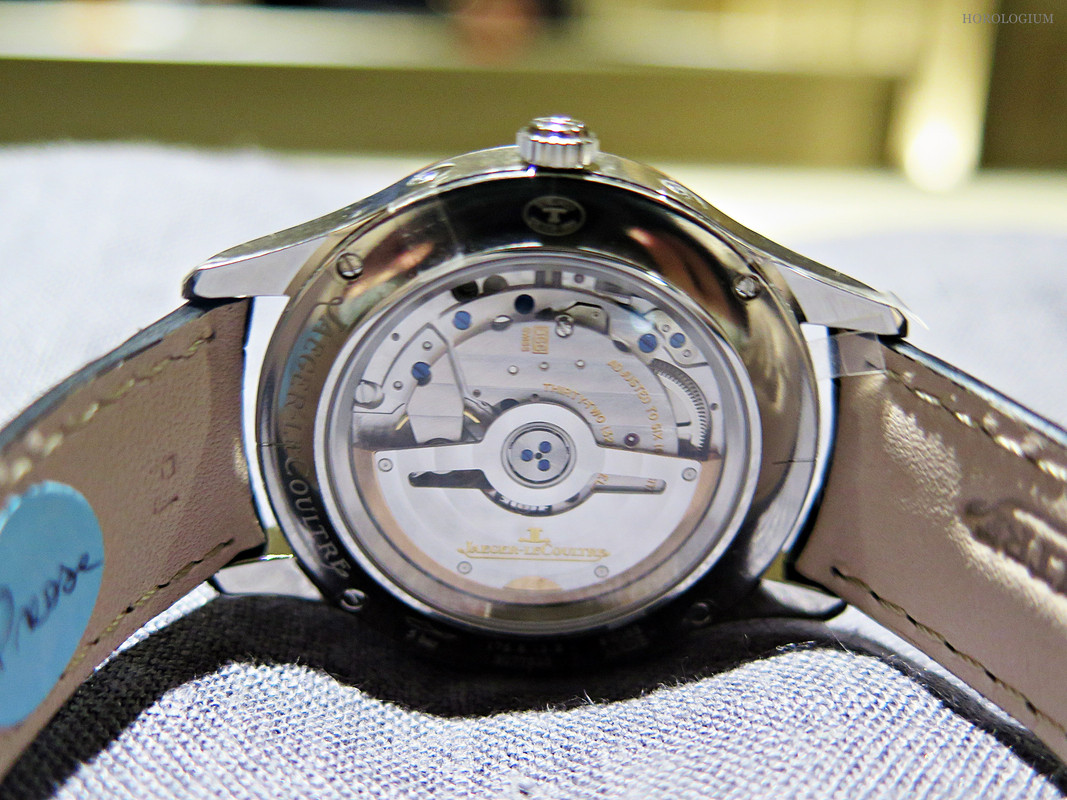 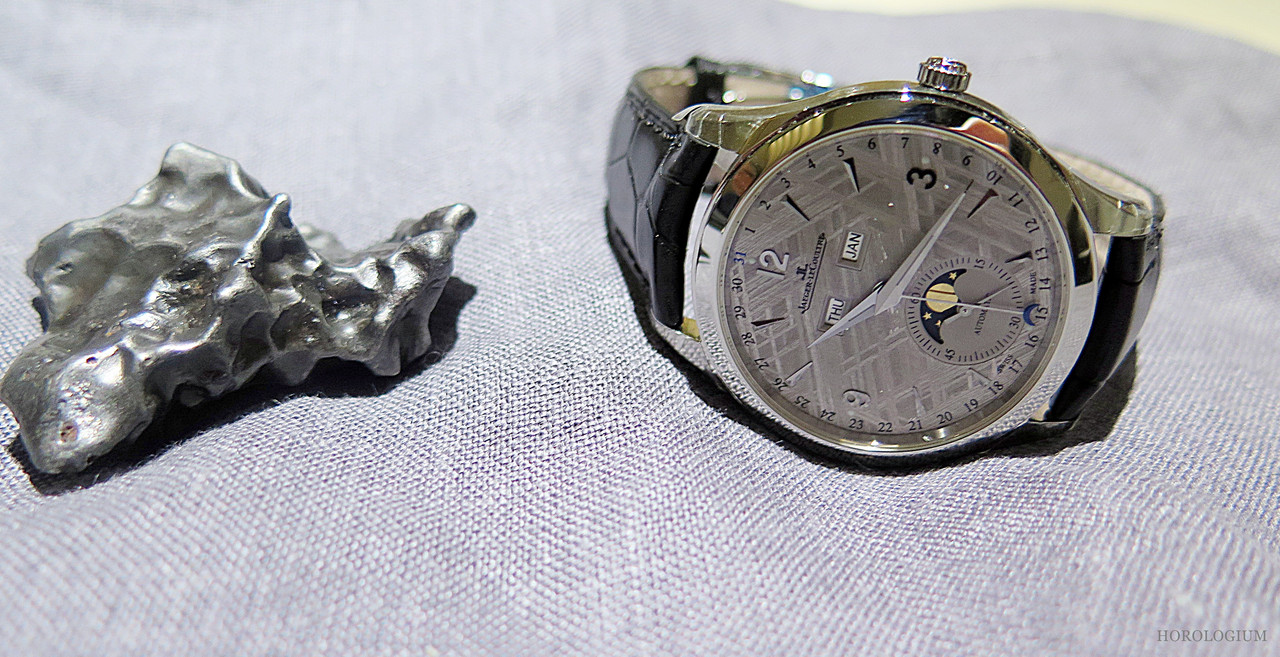 ‘Widmanstätten’ refers to Count Alois von Beckh Widmanstätten, director of the Vienna Imperial Porcelain Works who, whilst flame heating iron meteorites in 1808, noticed that the varying rates of iron alloy oxidation lead to colour and texture variations. His find, although not published, was acknowledged by Carl von Schreibers, director of the Vienna Mineral and Zoology Cabinet. Mr Thomson, on the other hand, noticed the phenomenon in 1804 whilst applying nitric acide to a meteorite and published his findings in the Bibliothèque Britannique. They were posthumously re-published in 1808.