The focus of Baume et Mercier at Watches & Wonders 2014 was the new Promesse women’s collection, but along with that came the annoncement of three additions to its popular Clifton range, my favourite of Baume’s lines. Two of these had diamond bezels/ indices, but the one that drew my eye was this one, the 8 Day Power Reserve.

Presented as an “Emblematic Piece” (the Clifton Flying Tourbillon, about which I wrote here, is also an “Emblematic Piece”), the Ref.10195 contains a manually wound movement with, as stated, an eight day power reserve, whose progression/ regression is shown via a retrograde indicator on the dial. Other functions on the silvered dial are of course the time, a small seconds sub-dial, and the date.

In a red gold case measuring 45mm and a thickness of 13mm, this is a big watch. As you can see, the red gold of the case is also carried through to the numerals and indices. The time/ seconds hands are also gilt but the smaller power reserve one blued, a theme that you may recall from the Baume et Mercier Retrograde Date. 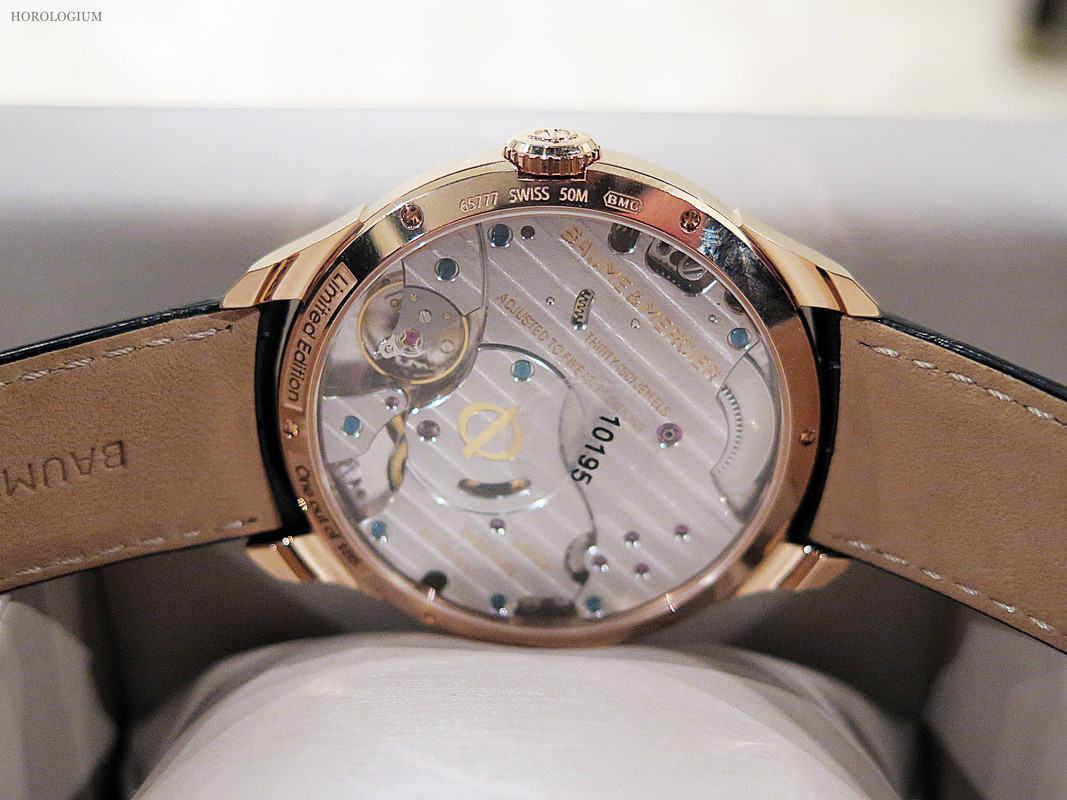 This is very much a watch for those who like the Clifton style. It will be made in a limited numbered edition of 185, with the limitation number engraved on the back, through which the Geneva stripes of the movement can also be seen. Although it was not explicitly stated during the Watches & Wonders presentation of this watch, this movement is in fact that sister brand IWC’s 192-part Cal.59210, in its current form sporting Geneva stripes, the “Phi” logo engraved on the large centre bridge, and the 8-day barrel visible at 12 o’clock. 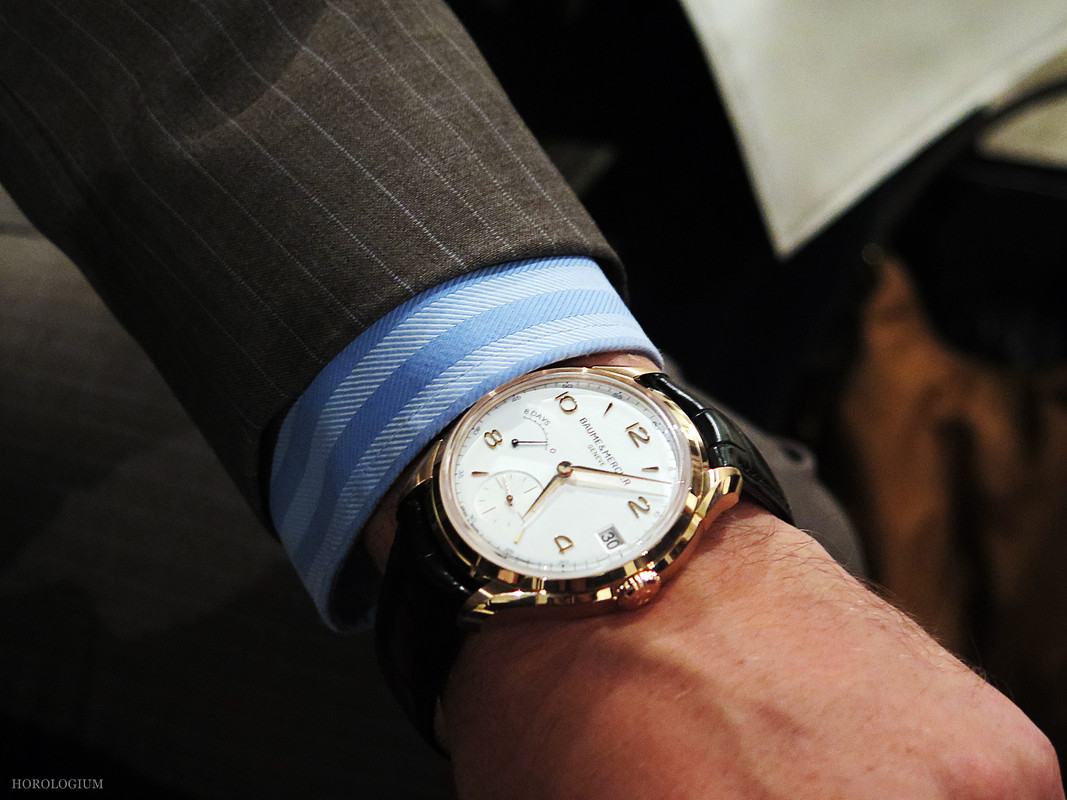 A nice addition to the Clifton collection and more accessible than the other ‘Emblematic’ Flying Tourbillon, the 8 Day it is nonetheless a big watch, something that may exclude some wrist sizes. If you are interested in it, I’d suggest attempting to get some hands-on experience with one as part of your consideration process.