At Watches & Wonders 2014 Audemars Piguet was pretty much carrying on with the SIHH 2014 theme in terms of the history and development of the Royal Oak Offshore, but with the formal launch of a new ROO Tourbillon Chronograph, containing the automatic Calibre 2897.

The latest version of the manually-wound ROO Tourbillon Chronograph from 2010, its looks are classic Royal Oak Offshore, including the ‘Méga Tapisserie’ dial, but also with what some are calling a partially skeletonised dial, but which I will refer to as a dial with a large aperture. Not that skeletonised dials per se are alien to the brand, because they are not. The tourbillon, visible at 6 o’clock, has a blackened titanium bridge. The chronograph of its name has a centre seconds and offset 30-minute counter. The sub-dial at 9 o’clock is a small seconds hand.

The 44mm sized watch case (14mm thick) is forged carbon, as per its ROO Tourbillon Chronograph predecessor, and a material that has been used to great effect and popularity by Audemars Piguet over the years. The bezel/ crown/ chronograph pushers are black ceramic and the pusher guards, titanium. 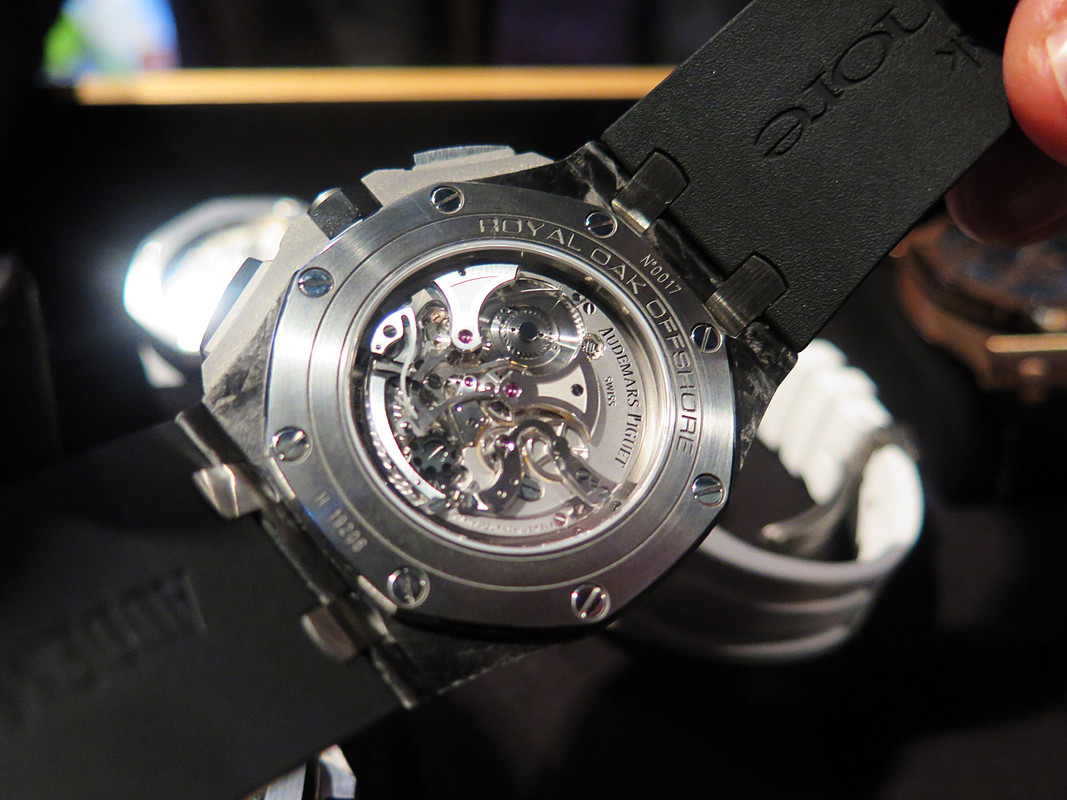 Developed by Renaud & Papi (APRP), the automatic Calibre 2897 has 335 components and a combination of sgtraight-brushed, hand-bevelled/ brushed and sandblasted finishing. It has an oscillating weight that is satin-brushed 950Pt and a sixty-six hour power reserve. The chronograph is a column-wheel. 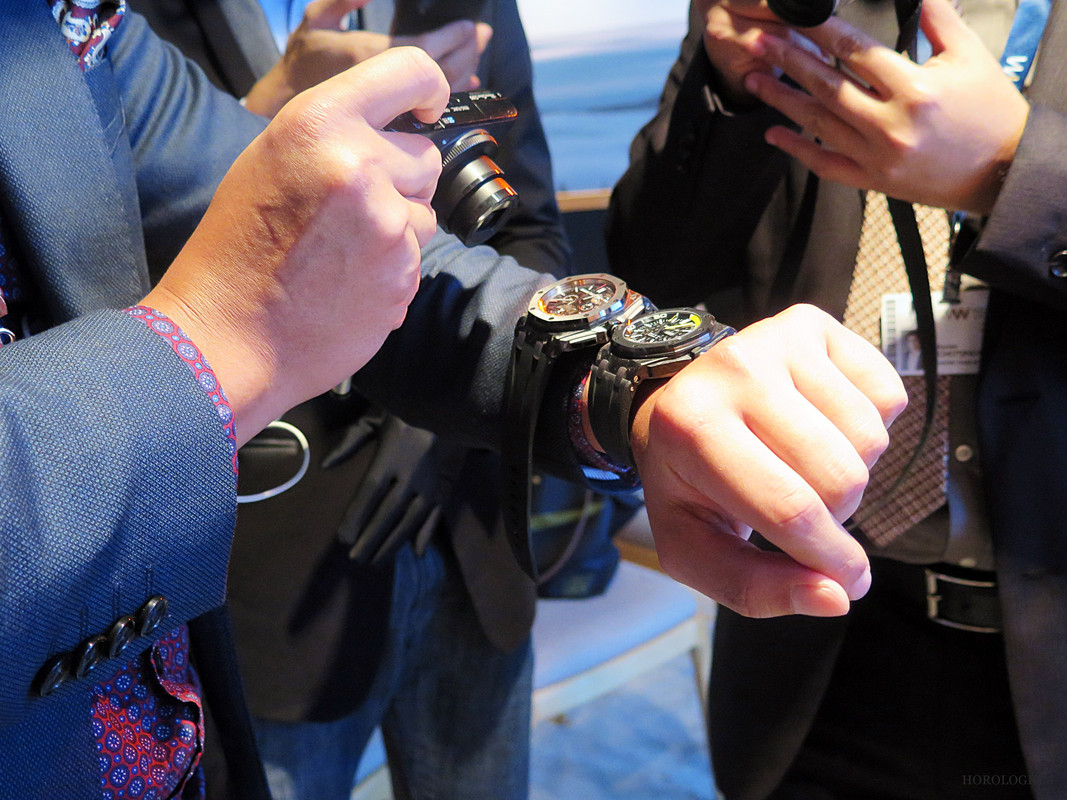 With platinum, carbon, titanium, ceramic and a tourbillon, this is clearly a step beyond even a high-level Royal Oak Offshore. In a limited edition of fifty pieces, this will set you back a bit over a quarter of a million dollars. This is a great big mass of a watch in heft, price and content, even by Royal Oak Offshore standards.