First up is the Royal Oak Black Ceramic 34 which, as the name states, is a 34mm sized case (thickness of 8.8mm) in black ceramic with a titanium case back, 1kt gold screws, and is water resistant to 50m. 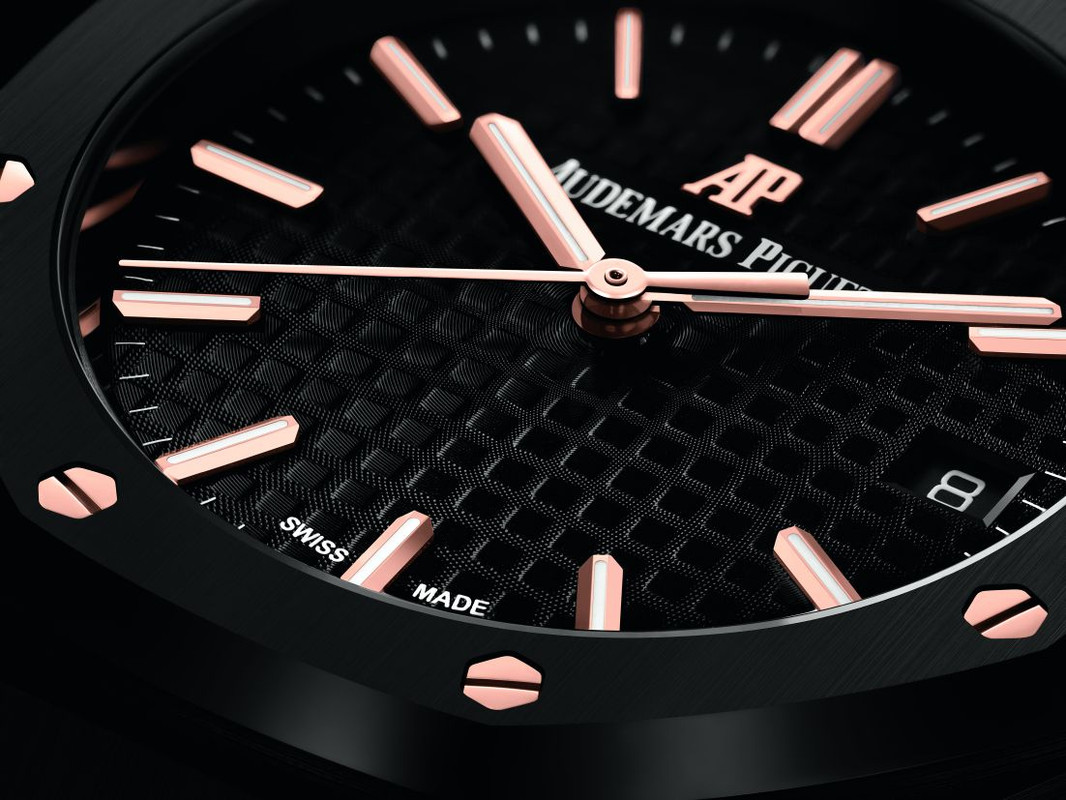 It’s pretty much ‘all black’, with the dial featuring the classic Grande Tapisserie pattern, rose gold applied hour markers to pair with the screws, and lumed hands. 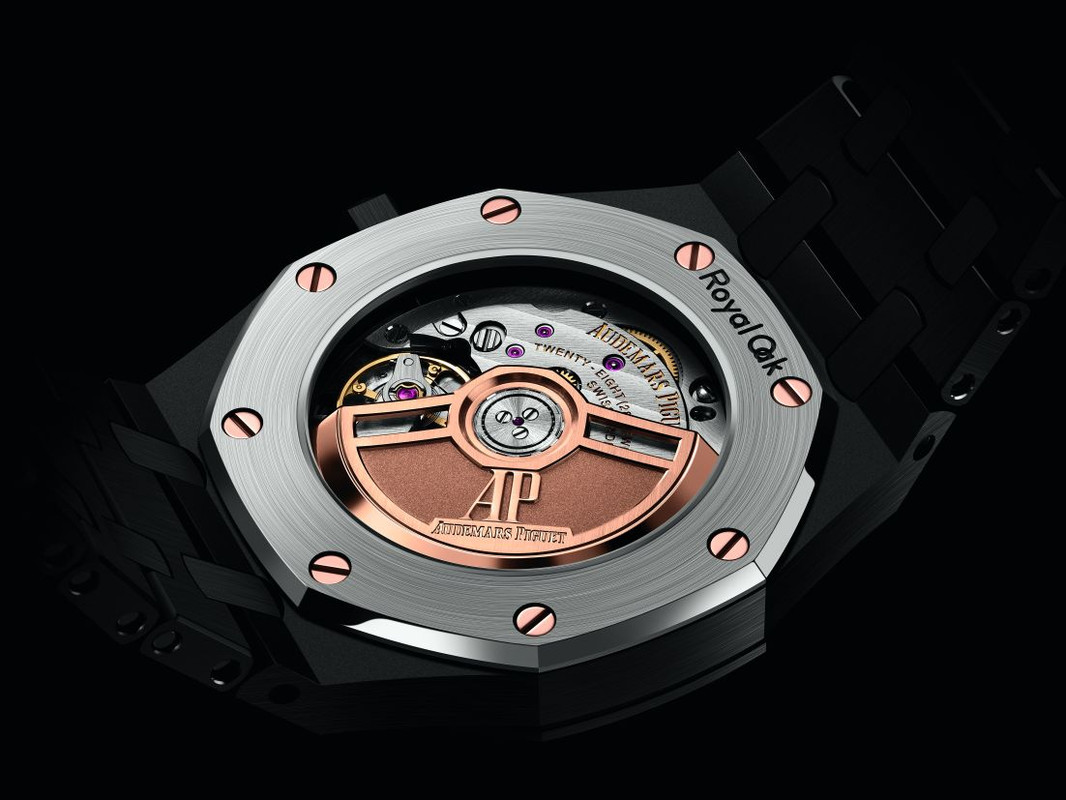 Powering it is the automatic Audemars Piguet Calibre 5800 with a rose gold rotor which beats at 28,800 VPH and has a power reserve of 50 hours.

This sleek new piece comes on a black ceramic bracelet with an AP folding clasp and has an RRP of EUR 45,200.

The second new Royal Oak, in the same size, is the Royal Oak Frosted Gold 34, the finishing of the white gold case something that Audemars Piguet have used before. 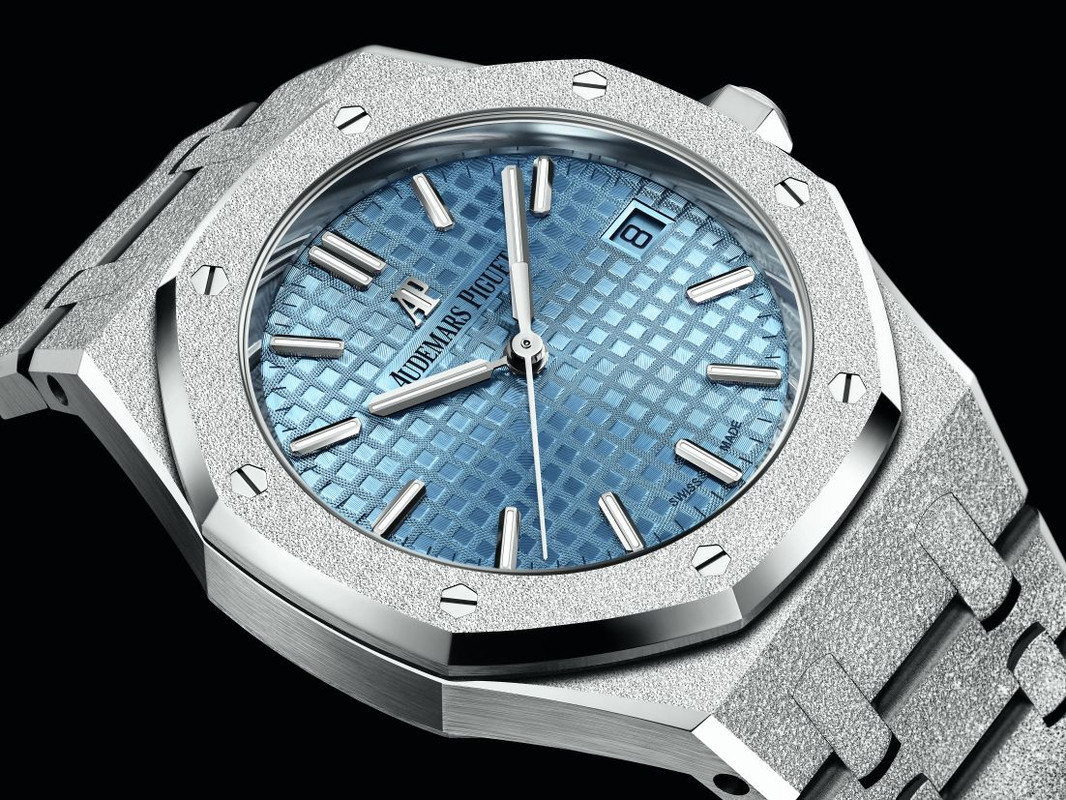 As previously, the Frosted Gold case was developed in partnership with Florentine jewellery designer Carolina Bucci, with Audemars Piguet’s case makers using a diamond-tipped tool to create this shimmering ‘micro hammered’ effect on the Royal Oak’s case and bracelet, which have a mix of frosted and satin finishing. Like with the new ceramic model, the water resistance is 50m.

The Grande Tapisserie patterned dial has pale light blue as its colour of choice, with white gold applied hour markers and lumed hands. 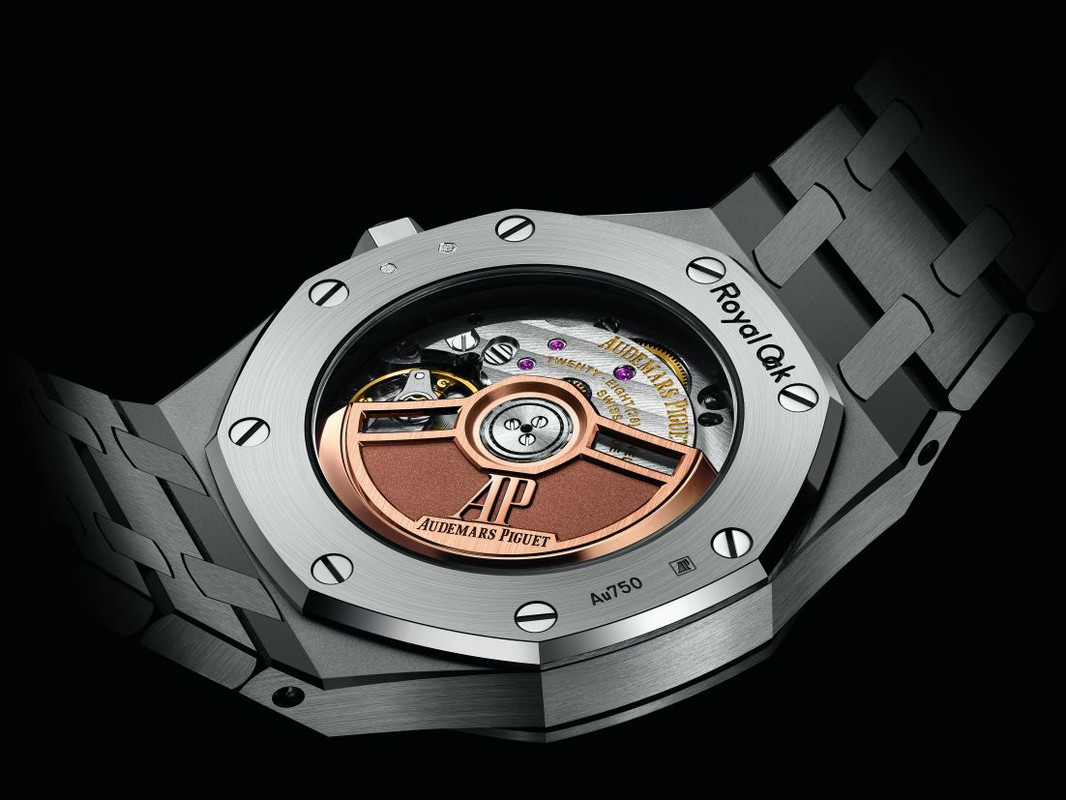 It shares the use of the same automatic Calibre 5800, also with a rose gold rotor. 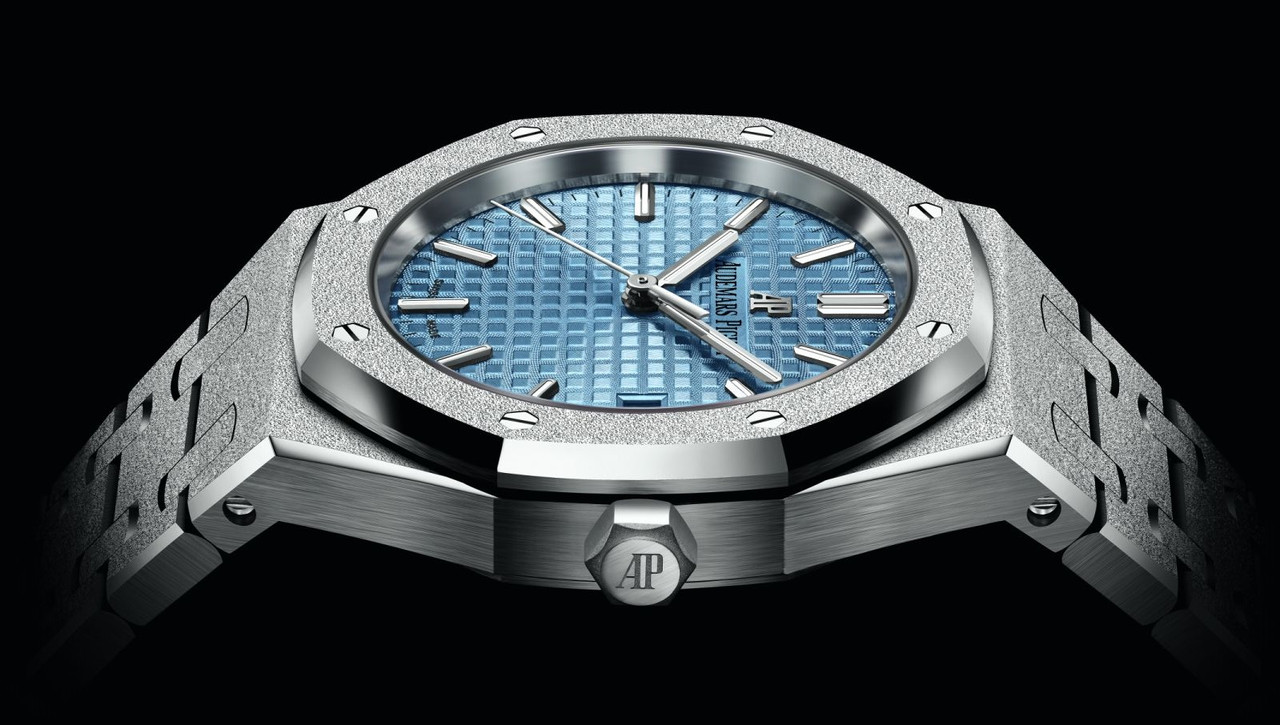 Coming on an 18kt white gold bracelet with an AP folding clasp, this more traditional-with-a- modern-twist new Royal Oak is priced at EUR 49,400.