Moritz Grossmann’s time-only watches have been characterised by a small seconds hand at the bottom of the dial, but with the new CENTRAL SECOND model, they are now covering both ‘seconds’ bases.

Meet the new ZENTRALSEKUNDE, which has been launched with two models. Firstly, a regular production model in a stainless steel case with a blue sunburst dial and HyCerami Luminex hands, and secondly, a limited (twenty five pieces) edition with a salmon-coloured dial and blued hands. Both are in stainless steel cases with a diametre of 41mm and a thickness of 12mm. 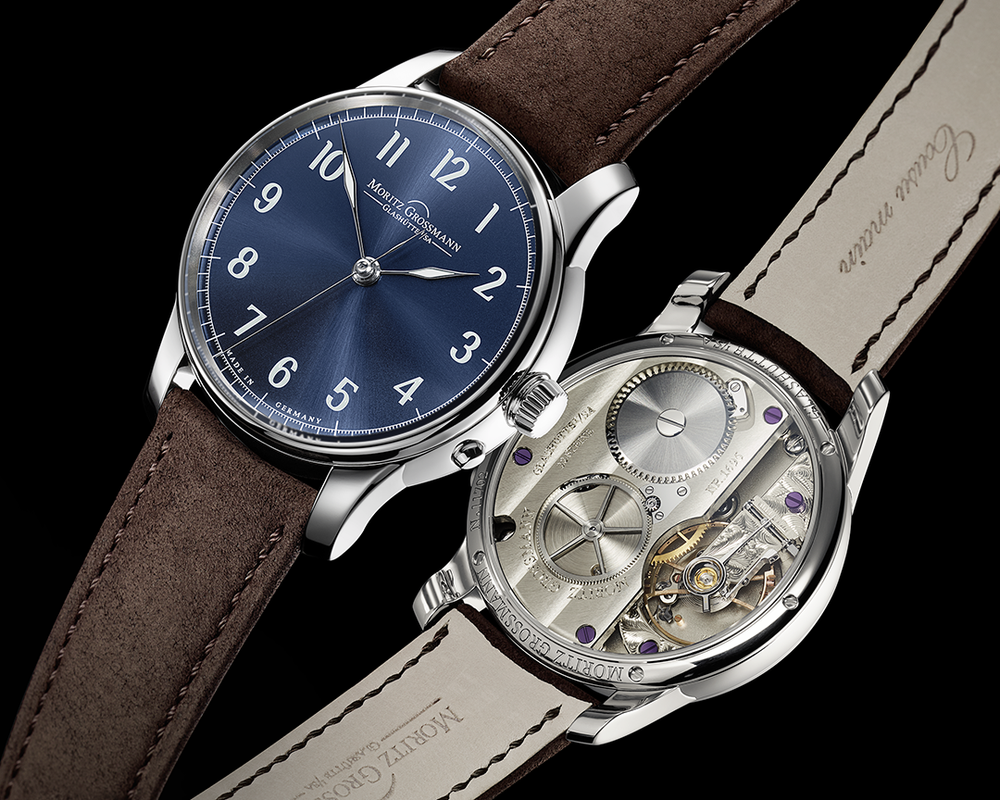 First up, the regular unlimited model. Along with the sunburst finished blue dial there are white numerals and polished steel hands filled with HyCeram Luminex, which provides a green-coloured lume in the dark. 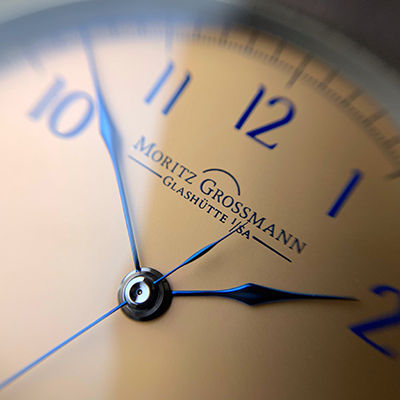 The second limited edition model also has steel hands, but they are flame-blued, and the numerals are also blue. However, the Moritz Grossmann logo and the “Made in Germany” are in black. 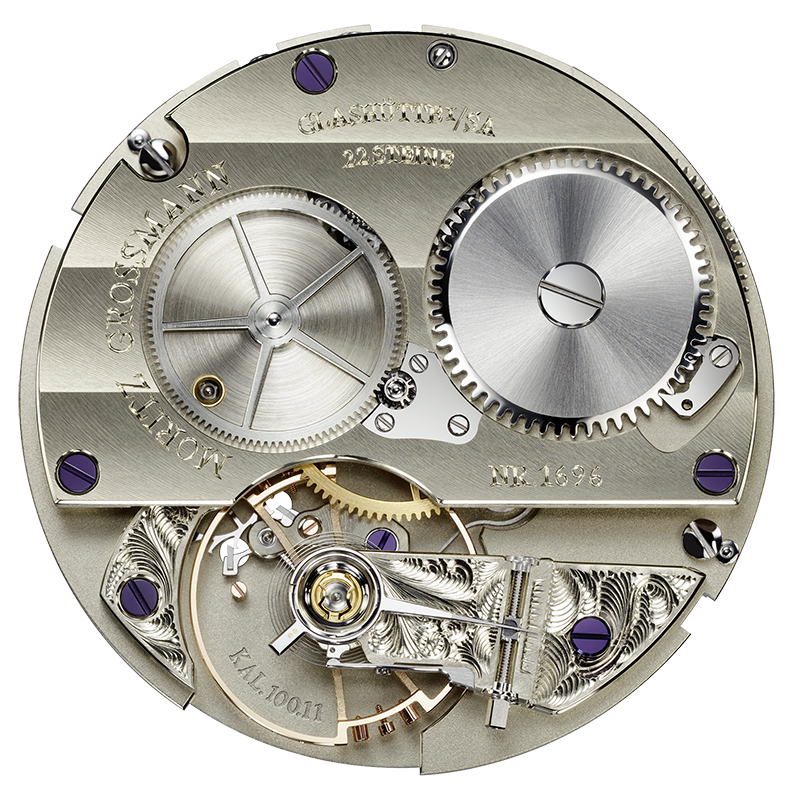 Inside the new Central Seconds is a new movement, the manually-wound Calibre 100.11, which is based on their Calibre 100.1. Beating at 18,000VPH, it has a power reserve of 42 hours. The changes made for this movement include the addition of a fourth wheel so as to transfer power from the mainspring to the centre of the movement. It has a two-thirds plate and pillars in untreated German silver, hand-engraved balance cock and escape wheel cock, and horizontal Glashütte ribbing. 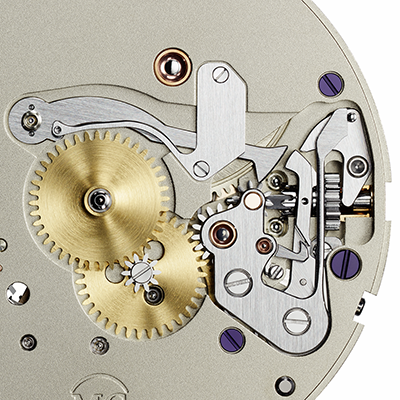 This new model features something we have mentioned before, the Moritz Grossmann manual winder with pusher. In a nutshell, the crown is for winding/ setting, and the pusher is to start the movement. For those unfamiliar with it, the pusher has two functions – to reduce the likelihood of dust and other particles getting into the movement when the crown is being used, and to stop the hands from being accidentally moved when pushing the crown back into place.

When you pull the crown out, the mechanism switches from winding to setting and stops the movement. The brake position is sampled at the clutch lever and this motion is transferred to the brake spring via a push rod, which stops the balance. After adjusting the hands, the movement can be restarted by activating the pusher, which moves the push rod back to its resting position. 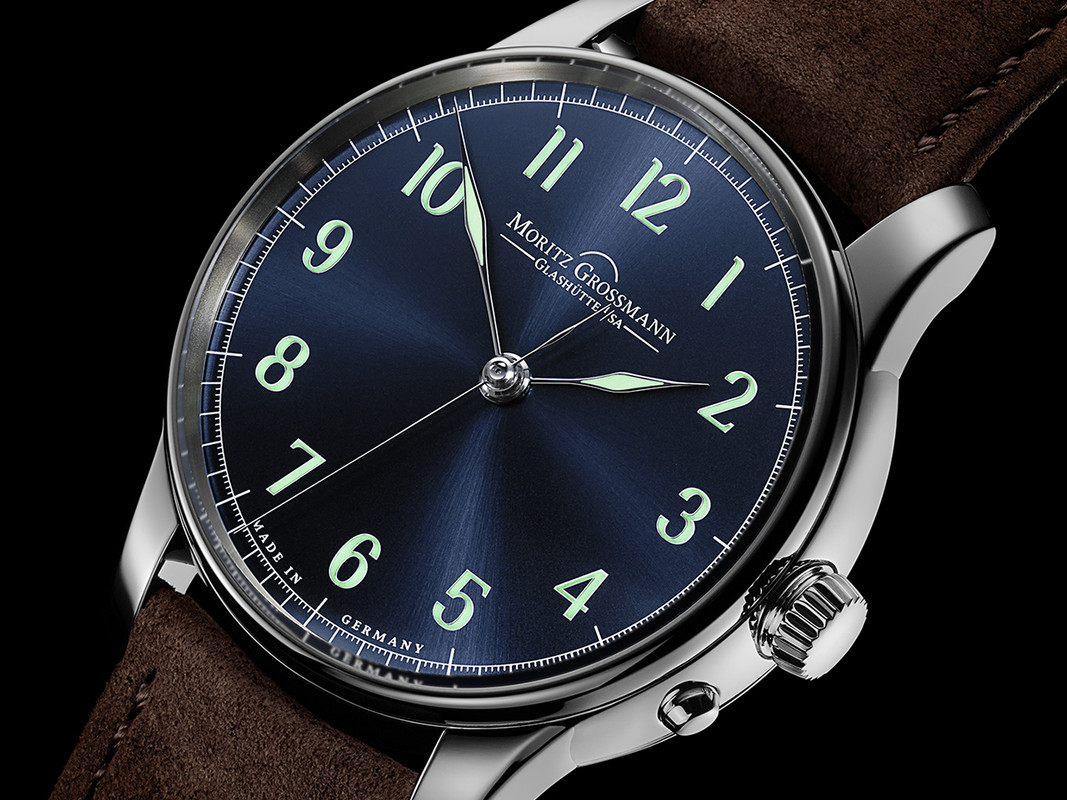 Coming on a hand-stitched brown Kudo leather strap, the new CENTRAL SECOND is priced at EUR 21,500 (excluding taxes) and is available from either your authorised dealer or via the new Moritz Grossmann online boutique.