Since the launch of the inaugural UR-100 SpaceTime URWERK has released a number of variants, such as UR-100 Gold and the UR-100V Iron, last year.

Now it has gone blue, with the new UR-100V “Blue Planet” in a blue PVD steel case with a blue PVD sandblasted steel crown, and a titanium case back. The case dimensions remain the same – 49.7mm long x 41mm wide x 14mm thick, with water resistance of 30m.

Along with the blue exterior, colour extends to the movement, almost all of which, including the orbital carousel, satellite hour display and rotor, are matte blue. You’ll also note some screws in blued titanium, which have a familial touch that is line with the familial link story that came with the first UR-100 – the method of flame-bluing derives from Felix Baumgartner’s father, who used Corsican sand in his process.

In contrast with the dominance of one colour, there is the use of fluorescent yellow and green on the arrowhead (which URWERK are calling a ‘shooting star’), and of course there Super-LumiNova on the hours and minutes hands. 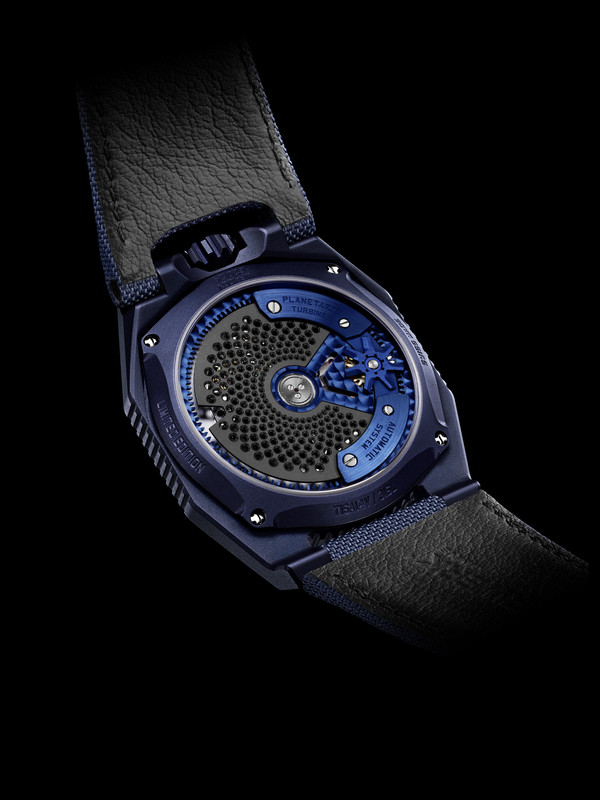 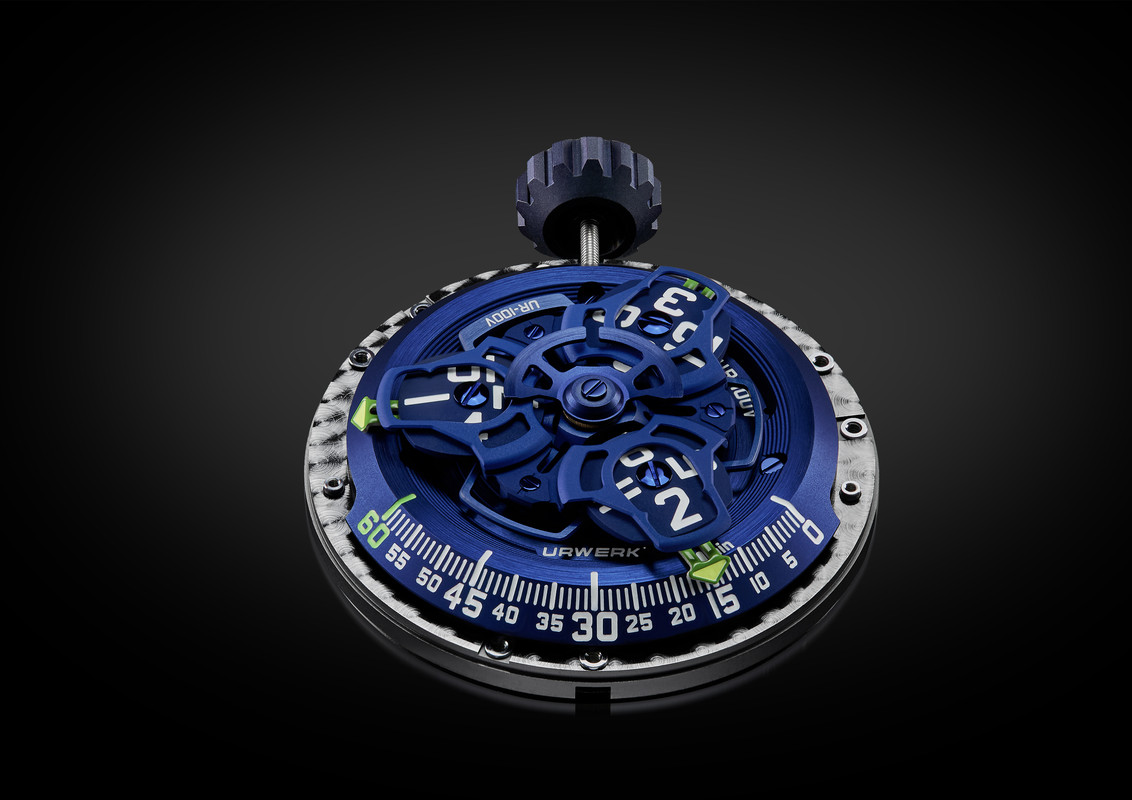 Making all this happen for the first four UR-100s was the automatic Calibre 12.01. However, the UR-100V Iron used a modified version movement, the automatic Calibre 12.02, beating at 28,800 VPH and with a power reserve of 48 hours. It featured a redesigned carousel, with the hours closer to the minutes. The Calibre 12.02 is also the movement for this new model. The satellite hour carousel is Aluminium, and the plate, rotor, turbine, and planet carrier all have blue PVD treatment. Finishing includes sandblasting, micro-beading, and perlage. 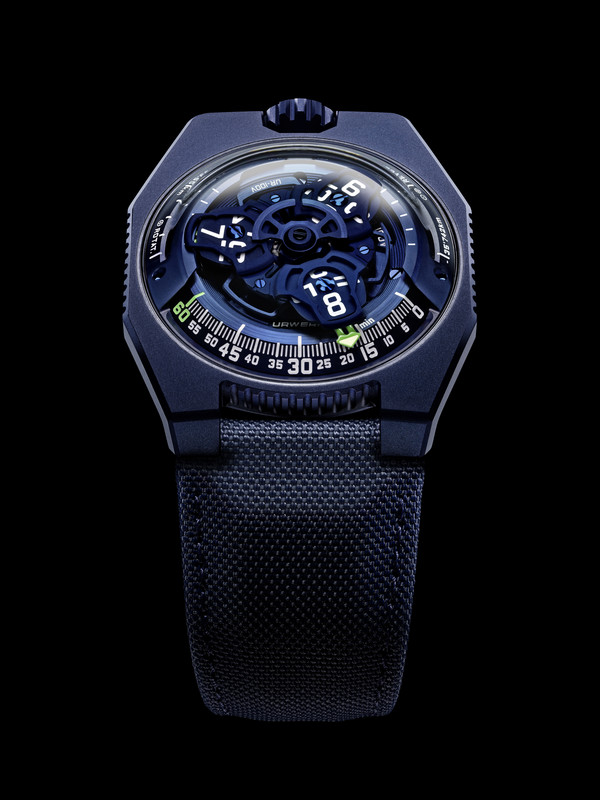 Coming on a blue canvas strap with a blue buckle, the RRP of the new limited edition (twenty-five pieces) UR-100V “Blue Planet is CHF 48,000 (excluding taxes), the same price as the aforementioned UR-100V Iron from last year.