It’s a Grand Seiko, but not as you know it. It is also, as other watches we’ve covered over the past twelve months have been, part of the green trend.

In a continuation of the celebration of 140 years of Seiko, meet the Grand Seiko Spring Drive 8 Day Jewellery Watch (Ref. SBGD207).

Mishaka Pond (御射鹿池) in the Yatsugatake-Chushin Kogen Quasi- National Park, and which extends across the Nagano and Yamanashi Prefecture. It was built as an agricultural irrigation pond in 1933 and has become famed for its acidic and reflective water, which reflects the forest that surrounds it. This means that it acts almost like a mirror, with forest’s seasonal changes mirrored on its surface. 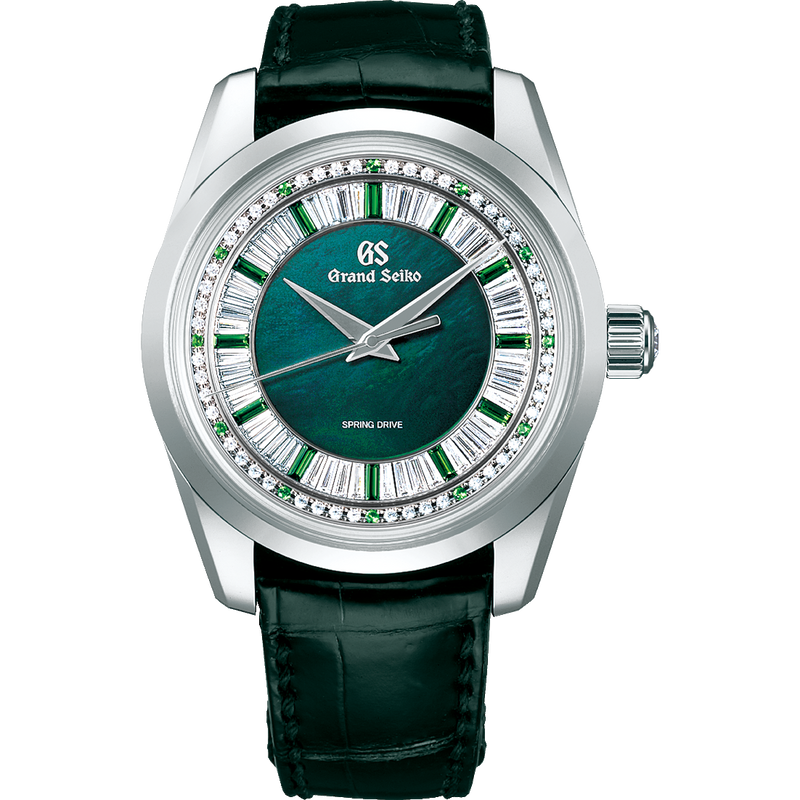 This new Spring Drive has a green mother-of-pearl dial. Set onto an 18kt white gold base are green garnets and tapered baguette-cut diamonds that act as hour and minute markers. They are separated by a further forty-eight diamonds and twelve garnets set around the markers. So as to distinguish it from its neighbours, the garnet at 12 o’clock is fractionally wider than the rest. The watch has a total of 97 diamonds (2.23 cts) and 24 green garnets (0.63 cts). 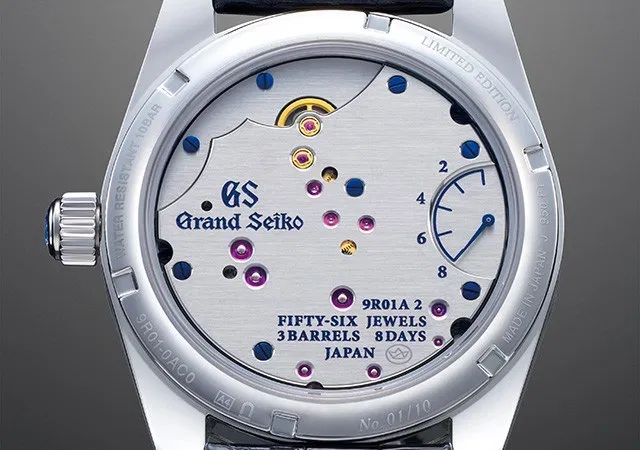 Powering it is the manually-wound Calibre 9R01, which has a power reserve of eight days and an accuracy of .± 10 seconds per month. The power reserve indicator is visible through the case back, through which you can see the movement, with a bridge designed to resemble Mt Fuji.

The case is 43mm with a thickness of 13.5mm in Pt 950 and is finished with a form of Zaratsu polishing. It comes on a crocodile strap with a three-fold clasp. Named by the Grand Seiko polishers for the company that used to make a polishing machine, Zaratsu uses a combination of sandpaper abrasives and techniques to create a mirror-finish and you can read about it at Grand Seiko here. 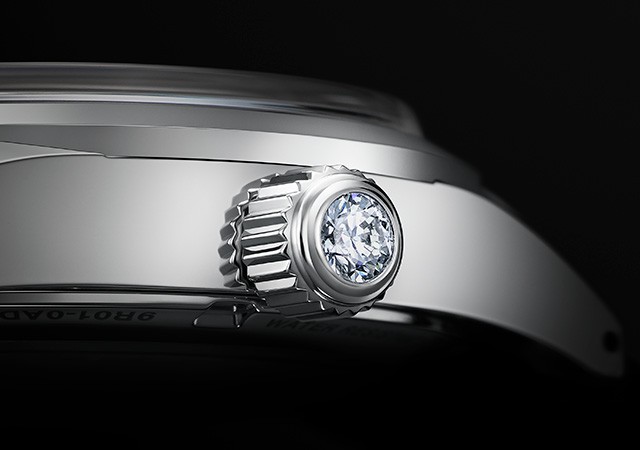 This Grand Seiko Spring Drive 8 Day Jewellery Watch 140th Anniversary Limited Edition will be in a limitation of fifteen pieces through Grand Seiko boutiques from May 2021. The RRP is AUD 276,000/ EUR 195,000.