So we’re continuing on the ‘stones as far as you can see’ theme of the last post with the new Sparkling Free Wheel from Ulysse Nardin, a diamond-set version of its Tourbillon Free Wheel incorporating snow-setting.

We have previously mentioned special limited editions of the Free Wheel, but first a quick recap of the history of the model.

Launched in 2018, the Executive Tourbillon Free Wheel is characterised by a distinctive dial that highlights parts of the manually wound Calibre UN-176 movement (the tourbillon, power reserve, gear train, and barrel), which floated above the dial’s surface. To highlight this, a box-domed sapphire crystal was used so the movement could also be visible from the side. The Free Wheel has the Ulysse Nardin flying tourbillon with its constant force anchor escapement held in place at 6 o’clock by a boomerang-shaped bridge. The seven day power reserve indicator at 4 o’clock is similarly held in place by a boomerang-shaped bridge. 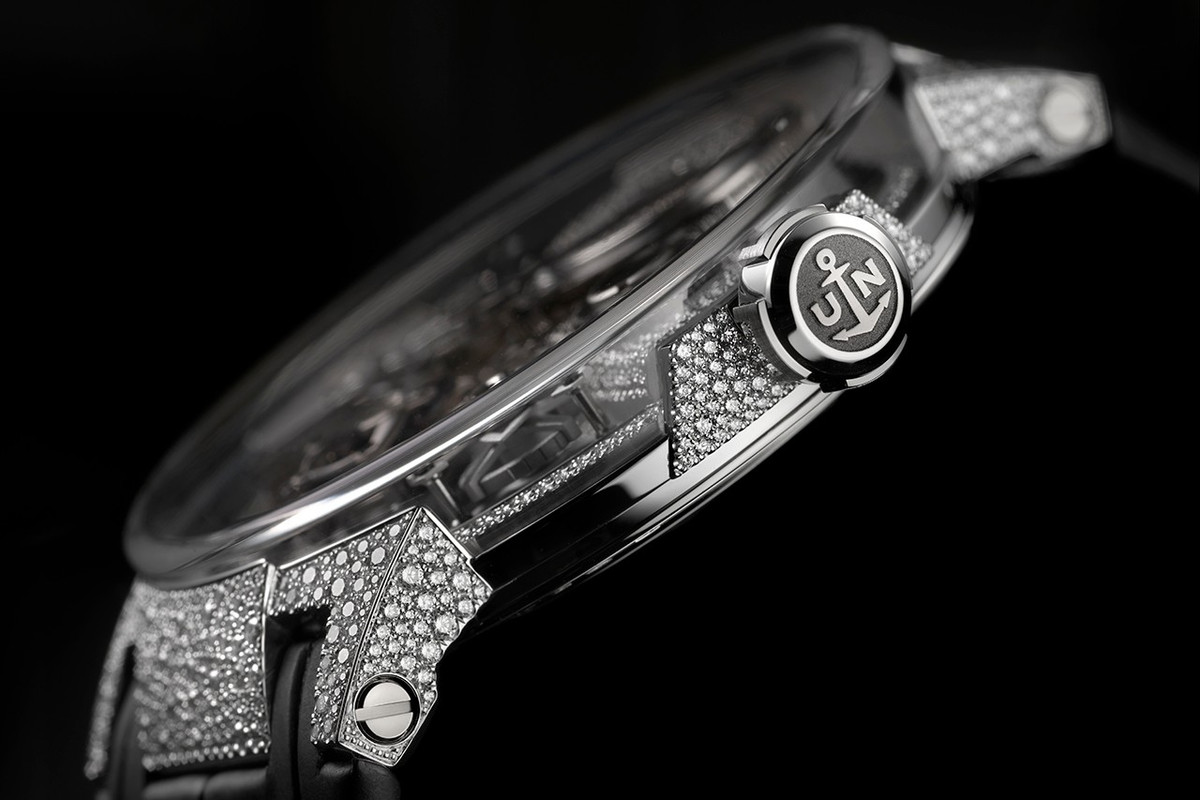 Today’s new Sparkling variant is in a white gold 4mm-sized case and has a whopping 2,251 pavé stones (all VVS or VS with an F/ G rating), coming to a total of 5.90 carats. The diamond setting alone takes approximately 120 hours of meticulous work to complete.

The key movement parts may be on the dial side, but the case back is still open. The Calibre UN-176 beats at 18,000VPH and has a power reserve of seven days. 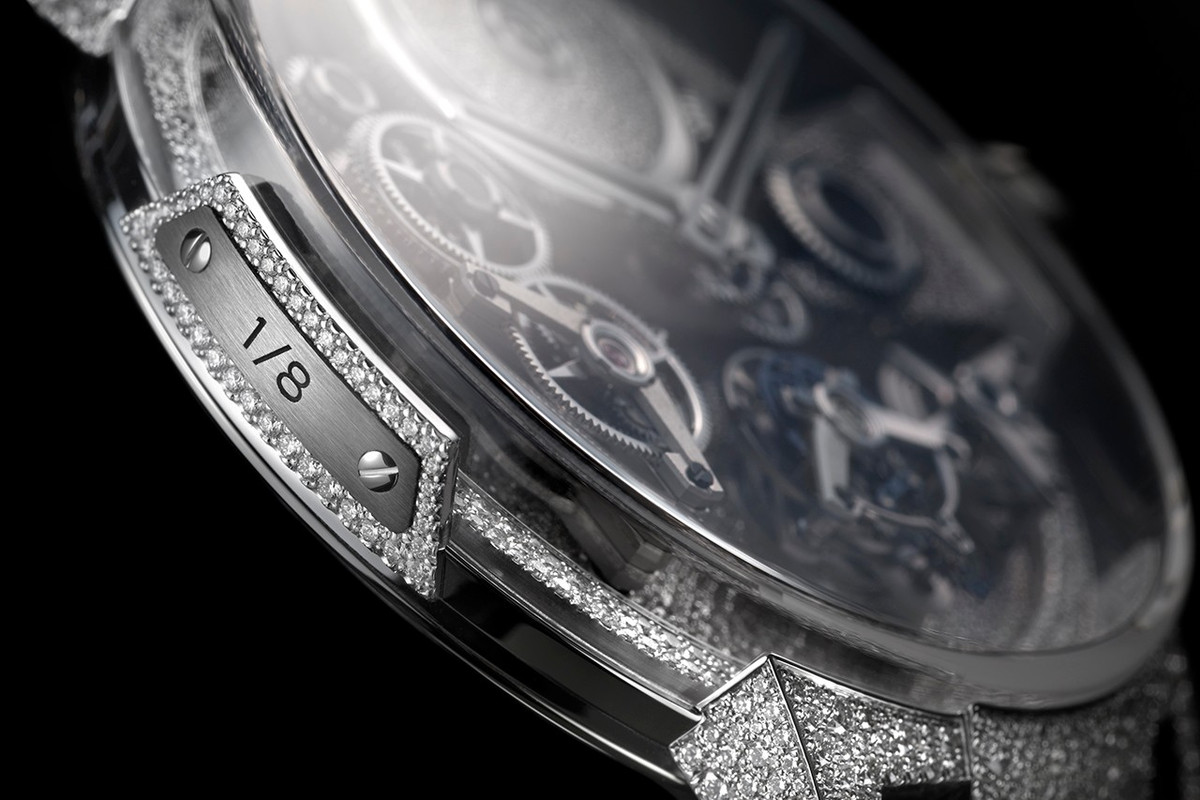 Limited to eight pieces, the Sparkling Free Wheel limited edition has an RRP of CHF 225,000.