It may be two years since Zenith’s celebration of half a century of the El Primero, but they have continued to release homages and the like, including last year’s Chronomaster Revival ‘Shadow’ based on the A384 Revival.

In 1969 three stainless steel El Primero models were launched – the A384, A385, and A386. They all used the same movement, but the combination of the round case and three colours of the tricompax chronograph sub dials of the A386 became the ‘look’ that was to be most associated with the El Primero.

The lesser known A385 was a tonneau-shaped chronograph with a brown gradient dial, and the first use of a ‘smoked’ dial for the brand and a forerunner of what was to be a particularly popular dial effect in the 1970s. This new A385 Revival, like the A384 Revival piece, was also made using the original blueprints and production notes.

At 37mm the new model is, again, the same as the 1969 original, with a mix of brushed and polished surfaces used on its angular case and sharply angled lugs. 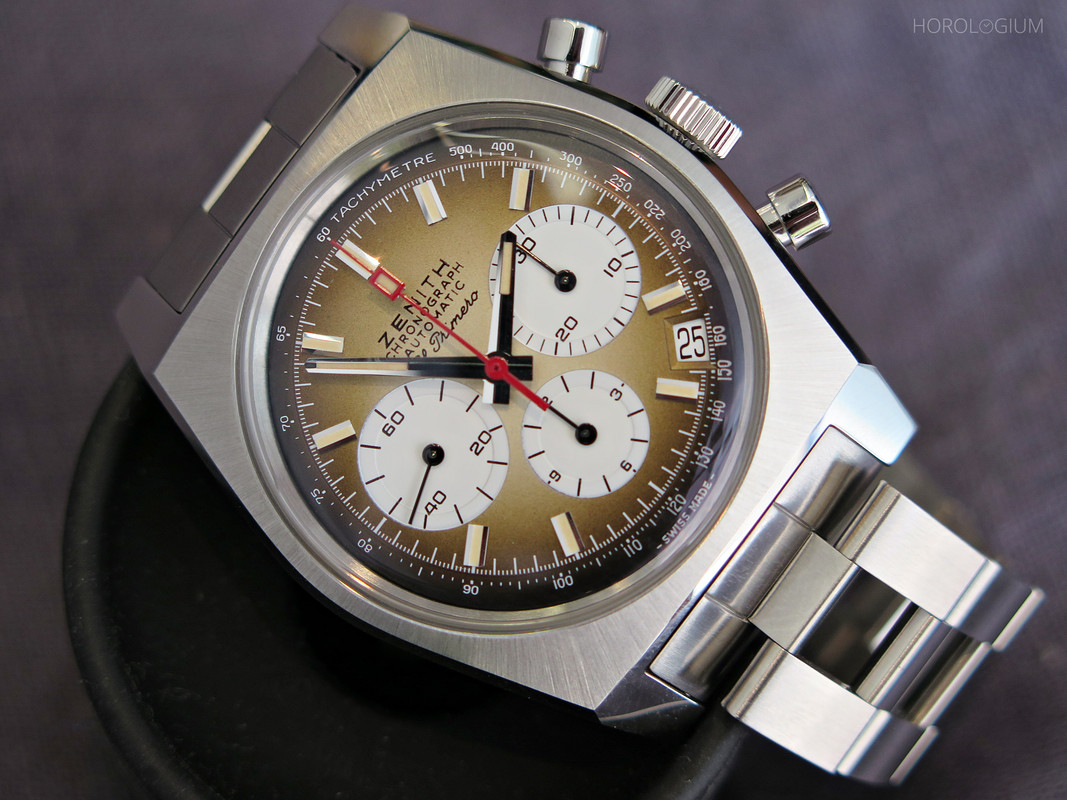 Underneath the very modern anti-reflective sapphire crystal is the dial, a faithful interpretation of the original A385. The smoked brown gradient dial that is very retro but, especially in this age of modern homages and reinterpretations, does not feel dated.

The sub dials and date window at 4:30 are white, with a 30-minute counter at 3 o’clock, 12-hour counter at 6 o’clock, and small seconds at 9 o’clock. The hour markers and hands are rhodium-plated but the lume is not white, as per the original, but the more popular modern faux patina colour. 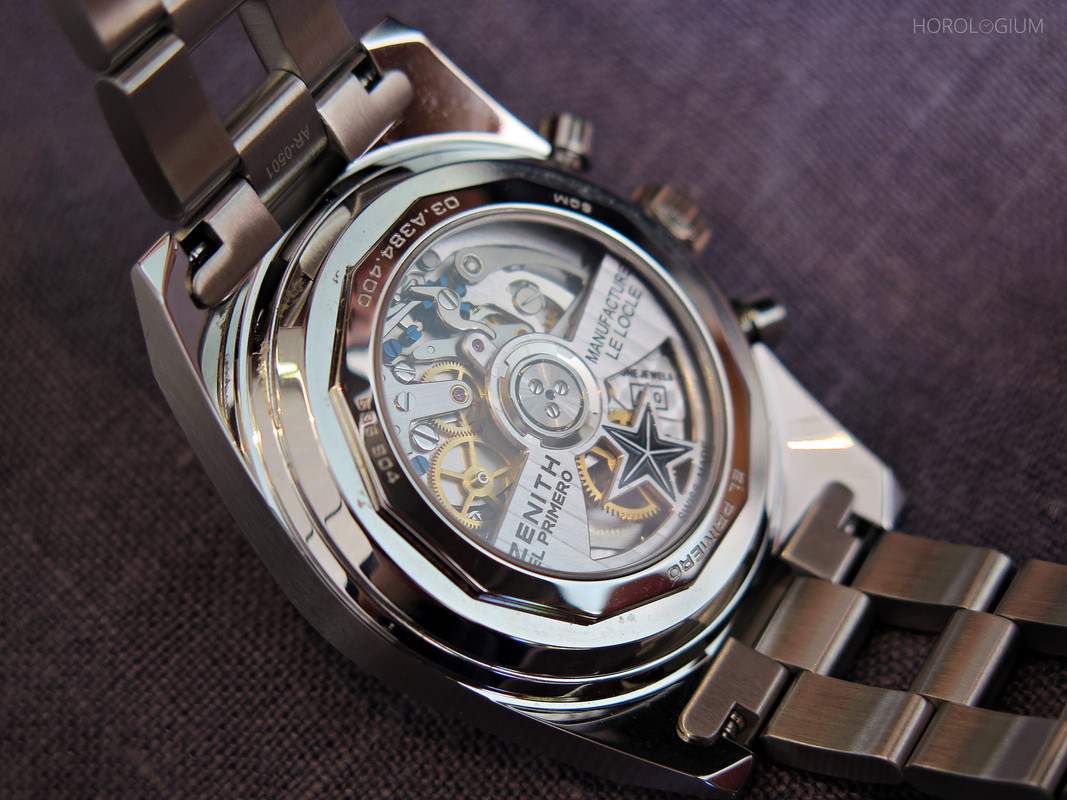 Through the open case back is the automatic El Primero 400 column wheel chronograph movement, which beats at 36,00 VPH and has a power reserve of fifty hours.

Whilst there are a number of modernisations, water resistance isn’t one of them – it is 50m. 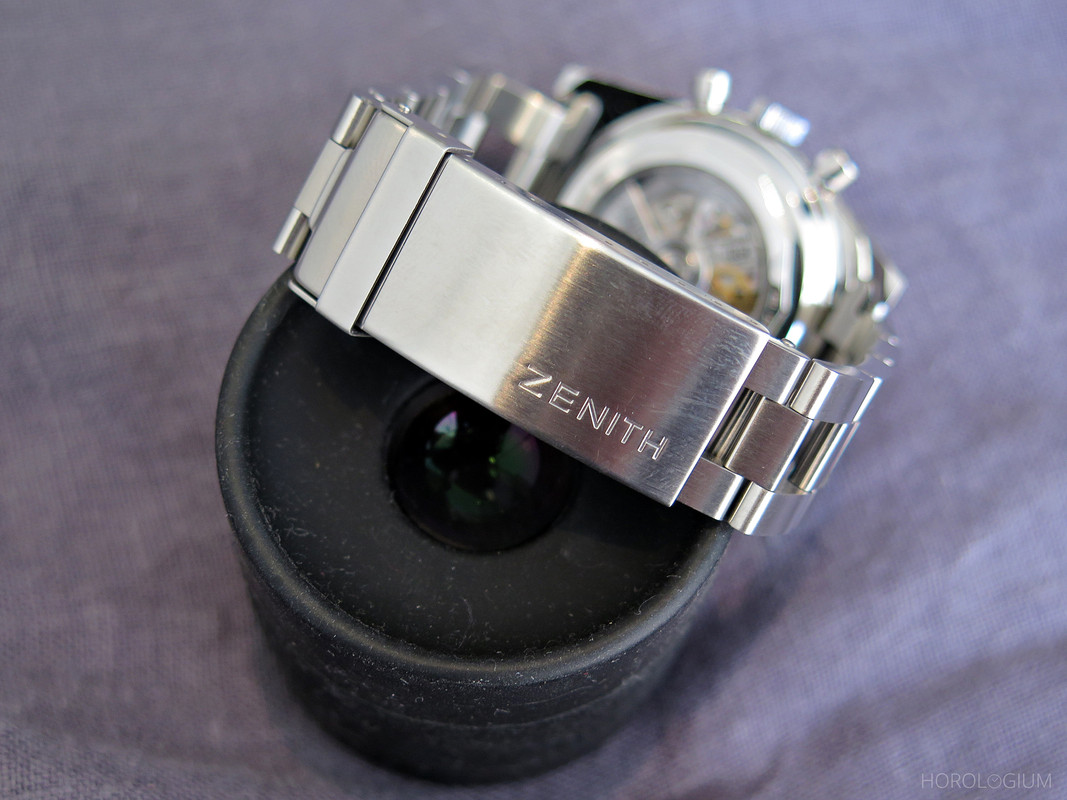 As you can see, there are two strap options. The first (my preference) is a camel brown calf strap with rubber inner that matches the smoked dial. The second, which is more for the purists, is a modern revival of the original Gay Frères ladder bracelet with a very secure double folding clasp. On the bracelet, it looks more ‘dated’ than on the calf, but that is only to be expected. I like the calf option simply because I think it looks better, but the fidelity of the bracelet will obviously have its more traditionalist fans.