Although the original Golden Bridges were in rectangular cases, tonneau, and more recently round cases, have found their way into the collection. But for a 40th birthday watch, rectangular was clearly the way to go. The 18k white gold model is notable for the hand-engraved floral decoration on the case. The acanthus and ferns are a nod to the nature-focused “Style Sapin”, which has its roots in La Chaux-de-Fonds, and the same engravings featured previously on Golden Bridge baguette movements. There will only be three of this model. 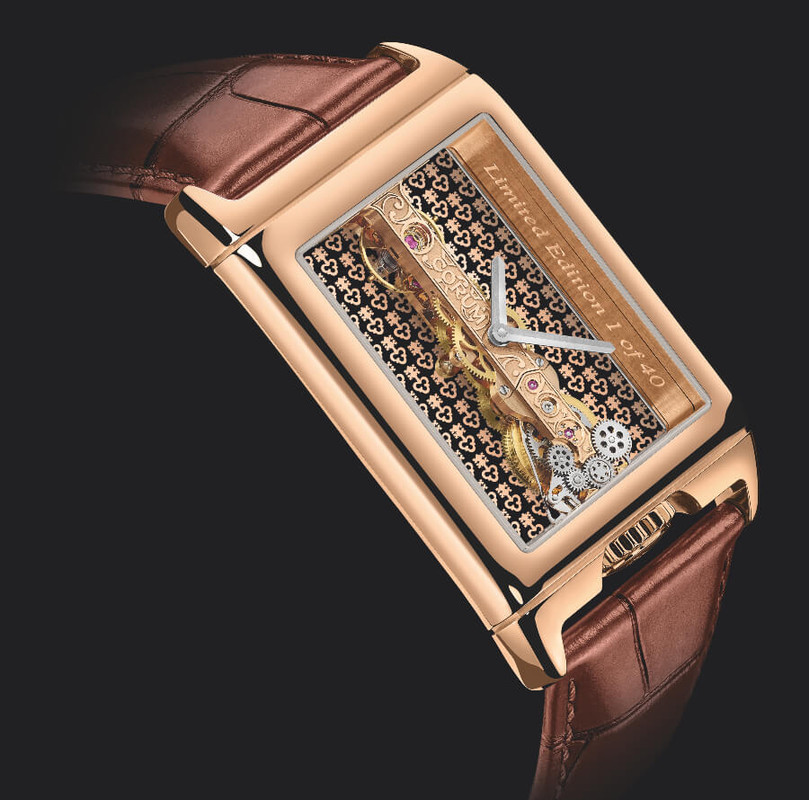 The 18kt rose gold model has “Limited Edition 1 of 40” engraved along the inside the case. It is also sixty-five years since Corum was founded by René Bannwart and his uncle Gaston Ries, so this is marked with repetitions of the Corum key “metallised”, as they call it, on the sapphire case back.

What do the two watches share in common? Well firstly, their size – 29.5mm x 42.2mm, but the white gold model is 9.3mm thick and the rose gold, 8.9mm. Their movement is the Calibre C0113. Ornately engraved, it stretches from its spring barrel at 6 o’clock to the escapement at 12 o’clock. For both the variants, the bridges and plate are in 18kt gold. It is manually-wound, beats at 28,800 VPH, and has a power reserve of forty hours. 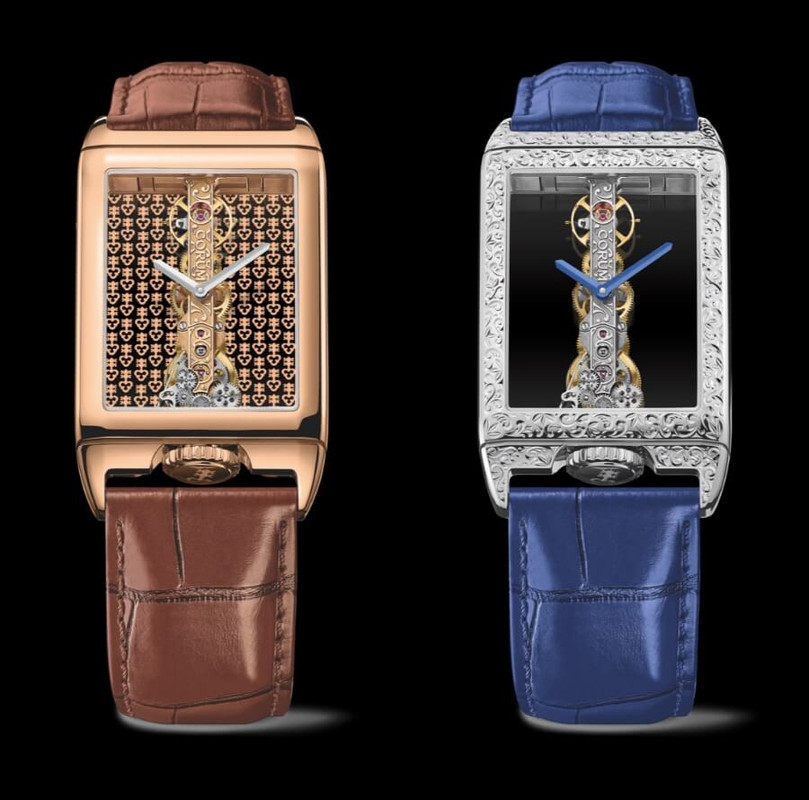 The hands on the white gold model are blue galvanic and for the rose gold, rhodium-coated.