A look at a 1939 Longines Lindbergh 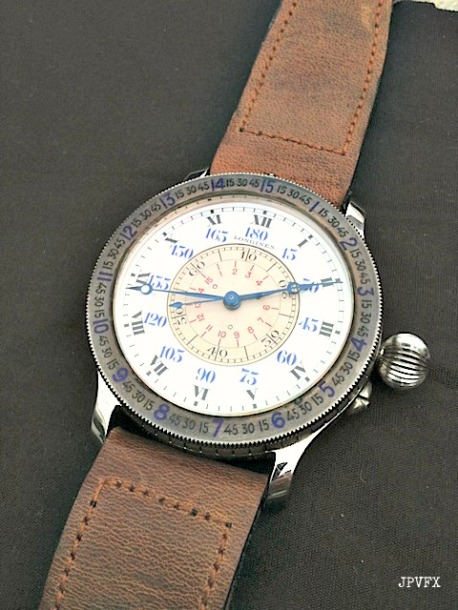 In March, I wrote about a rare Longines Wittnauer Second Setting watch. Thanks to a distinguished collector friend of JPVFX, we now have a follow-up post of an even more well known and rare Longines aeronatical beast – the Longines Hour Angle watch, known as the ‘Longines Lindbergh’.

Designed by Longines and Lindbergh based on the Weems design, this was a continuation of Longines’ relationship with pilots; the brand was the official supplier of time instruments to the International Aeronautical Federation (IAF) from 1919.

The Lindbergh Hour Angle Watch was designed by Col. Charles A. Lindbergh as a navigational aid for pilots and was, in fact, used by renowned aviators such as Amelia Earhart and Amy Johnson. Used in conjunction with a sextant, nautical almanac and a radio to receive a time signal, it made allowed for the calculation of the ‘Greenwich hour angle’ i.e. longitude.

Here are some pages from the Longines website about the modern ‘heritage’ version of the Hour Angle that they released a few years ago, with an explanation of its use. Click on each screenshot to get a larger image.

This stunning example dates from 1939. A 47mm sized steel case with an onion crown, the main dial is white enamel with black Roman numerals. The rotating bezel has 15 degree intervals. The crown at 2 o’clock turns the inner dial, which is calibrated for 60 seconds and 15 degrees. 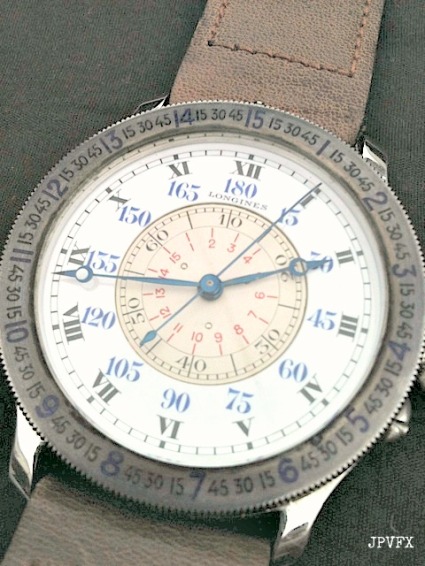 The Lindbergh and the Weems actually came out with two movements.

Firstly, the Cal.18.69N, which allows the time to be set by pressing the pin down and then rotate the crown to set the time, whilst when you pull the crown out, it rotates the central disc to offset the time.

Secondly, it also came with the Cal. 37.9, which has a small wheel under the crown. The wheel rotates the central disc and the time set in the traditional way by pulling out the crown.

Inside this Lindbergh is the Cal. 18.69N movement, which was produced by Longines from 1895 onwards. It has a nickel-finished lever movement, 15 jewels, bimetallic compensation balance, and hinged stainless steel cuvette. Cal 18.69N allows the time to be pin set (you press the pin down and then rotate the crown to set the time) while when you pull the crown out, it rotates the central disc to offset the time.

This Lindbergh is in remarkable condition. The enamel dial and Breguet-styled blued hands are bright, the numerals clear, the bezel showing the fabulous patina of its age but with the numbers still clearly visible. As is the case with the Second Setting watch, it sits comfortably on the wrist in spite of its size. 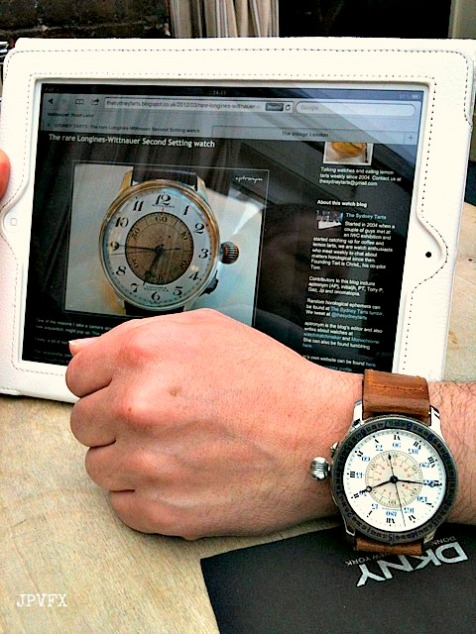 As mentioned above, the Longines Heritage line, along with producing a homage to the Weems Second Setting, also resurrected the Lindbergh Hour Angle Watch with similar faithfulness to the original, but with the added bonus of a caseback that opens to reveal the L699 automatic movement.

The brand’s Heritage watches are very well received and to my mind, their best models. In some ways it’s interesting that designs which hark back to their past are so well regarded, but then again, it just proves the old adage about good design (I’ll spare you the ‘time’ pun).