At the SIHH 2018 Jaeger-LeCoultre marked 50 years since the original Memovox Polaris with the introduction of new Polaris models. For a short introduction to the history of the Polaris, click on that link.

Since then, the revival and modernisation has proved a fruitful one, and they have now further expanded their Polaris collection this year with a new ‘Mariner’ range in the form of two new models – the Mariner Memovox and the Mariner Date. Launched in October, they recently made their way to the Sydney boutique.

To look at, these two new pieces aren’t radical departures from the existing Polaris collection, but perhaps to do so would mean losing the identifiable characteristics associated with the earliest models which are their inspiration. Blue dials of different tones and finishing have been a key part of the revived Polaris, and so they are here as well, with the gradient dials in a lacquer form and varied finishing.

The two new Mariners are in 42mm sized stainless steel cases with a mix of brushed and polished finishing and 300m water resistance. The screw down crowns have a bright orange band that is an aesthetic feature second and first, a visual reminder that it is not fully screwed down. 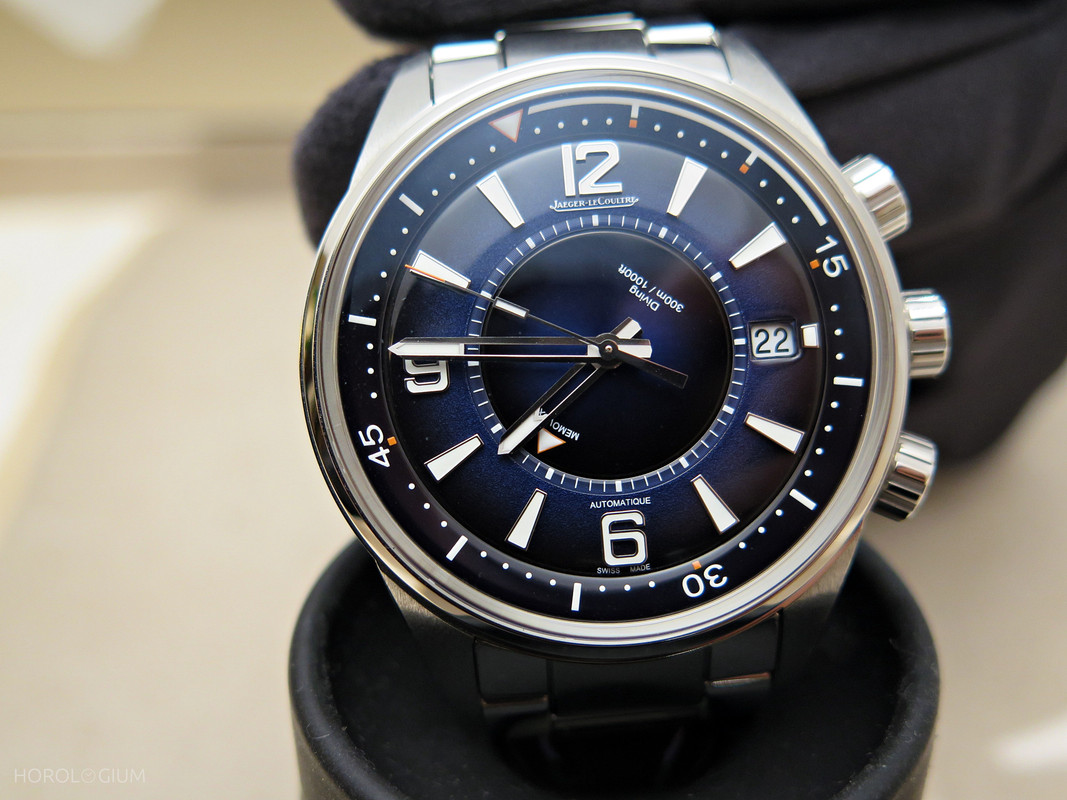 The familiar dial has three concentric circles finished in different textures and the familiar large trapezoidal indices and Arabic numerals. The centre disc has sun ray brushed finishing, the middle ring is slightly grained, and the outer one, which is the unidirectional rotating bezel, has an opaline finishing.

The hands, indices and numerals are filled with Super-LumiNova®, but of different colours to distinguish between the hour and minute hands. The running seconds hand has an orange tip, to continue that particular colour theme.

The Polaris Mariner Memovox has the classic three crowns – the top is for the alarm, which is set via the centre disc’s triangle pointer, the middle crown is for the inner diving bezel, and the bottom is for time setting. 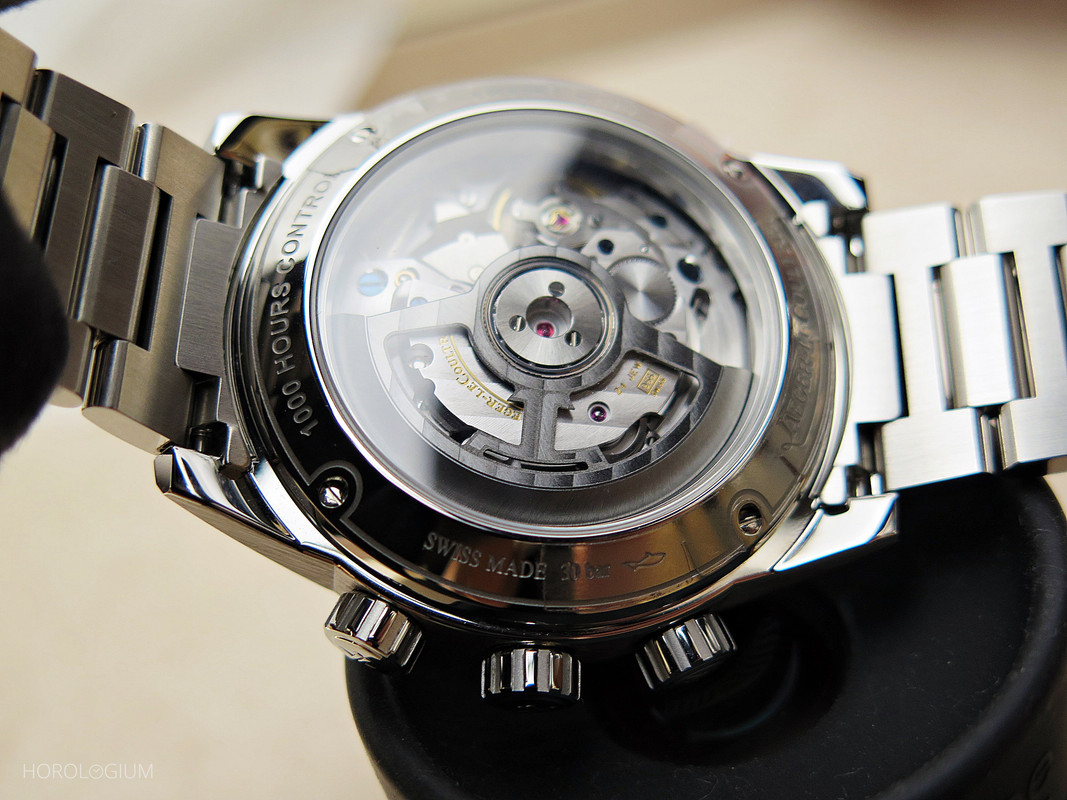 Visible through the open case back is the automatic Calibre 956AA, first used in 2008 but which has also been the movement used for Memovox models of recent times. The alarm gong is attached to the case side, it has an open-worked rotor, and Côtes de Genève finishing. Beating at 28,800 VPH, its power reserve is 45 hours. 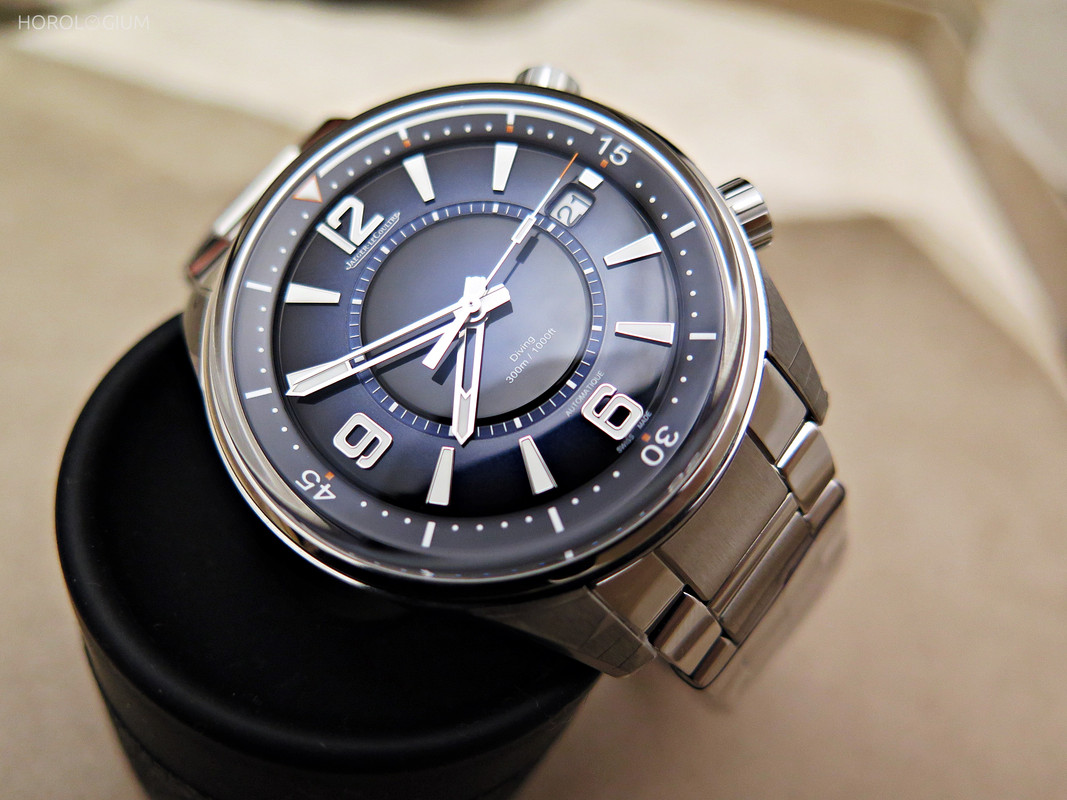 Now, to the second new release, the Polaris Mariner Date, which has the time, running seconds, unidirectional inner bezel, and a date function. For this piece, the upper crown is for the inner bezel and the lower one for setting the time and date. 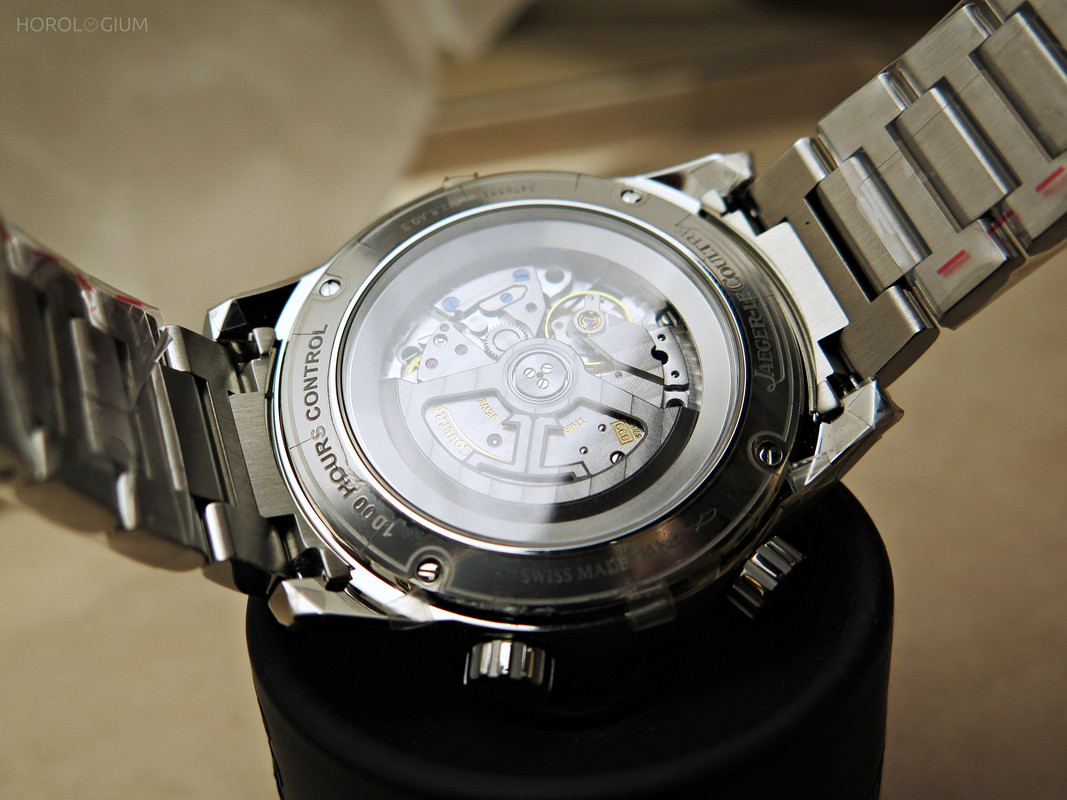 It also has an open case back, through which can be seen the Calibre 899AB, which beats at 28,800 VPH and has a power reserve of 70 hours. It is an update of the Calibre 899/1, with the improved power reserve done through a new barrel design, improved lubrication, and a silicon escapement.

With both of them coming on nicely solid stainless steel bracelets, and as extensions of an existing collection, you know what you are going to get in terms of heft and build quality. With their dark gradient dials that make the blue(s) look slightly different under different angles and lighting, of the two, the Mariner Memovox is my pick in large part because I like the distinctive Memovox alarm, but you will have a premium for this. The Australian RRP for the Mariner Memovox is $27,300 and the Mariner date, $17,400.

Jaeger-LeCoultre’s description of the Mariner Memovox says in part that it is “for men who like to live life to the fullest and see everyday life as a permanent source of adrenaline rush…”. As most of us are desk divers, especially this year, and watches aren’t inherently gendered objects, wear whatever watch takes your fancy wherever you fancy. You could even just wear it whilst watching the short film, shot in New Zealand, that Jaeger-LeCoultre produced to mark these new watches.