These lyrics by Irving Berlin, introduced by Fred Astaire in ‘Top Hat’ (1935), referred to the white tie dress code that he had been wearing on screen since his film debut in 1933 and that would be forever associated with him. This formality of dress would not, however, dominate his cinematic appearances. He would become known for the less formal black tie and, as the times changed, so too did the formality of the suits and outfits in which he acted and danced. One of the most stylish public figures of the 20th century, on or off the screen, his personal style included often using a tie as a belt, but above all, including his decades of bespoke suit and shirt orders from Jermyn St firms, he believed comfort was paramount for clothing.

The term ‘tuxedo’ as it relates to ‘black tie’ has its roots in American English, but is universally understood enough for Longines’ new mid 1940s-inspired watches to be called the Heritage Tuxedo collection. The story goes that the ‘tuxedo’ name is a reference to one James Brown Potter who, on a visit to London, took a fancy to the then Prince of Wales’ dinner jacket, had some made, and introduced it to his friends back in Tuxedo Park in New York in 1886.

If you have watched your fair share of U.S. films from the 1940s, tuxedos are not an uncommon form of dress for men, but women, most notably Marlene Dietrich (who first wore one in ‘Morocco’, in 1930) but also Katharine Hepburn, also wore them. Josephine Baker, who along with being a French Resistance agent, civil rights activist and the first Black American woman to star in a major film (1927) was photographed in them in the 1920s.

The handsome new Heritage Tuxedo collection is inspired by watches produced by Longines in the mid 1940s. One by a three-hander with small seconds, and the other is inspired by their famed vintage chronographs. These new pieces are in brushed stainless steel cases that are 38.5mm and 40mm respectively, which makes them comfortable for a wide range of wrists. In a piece of good news for purists, they have not added a date window. 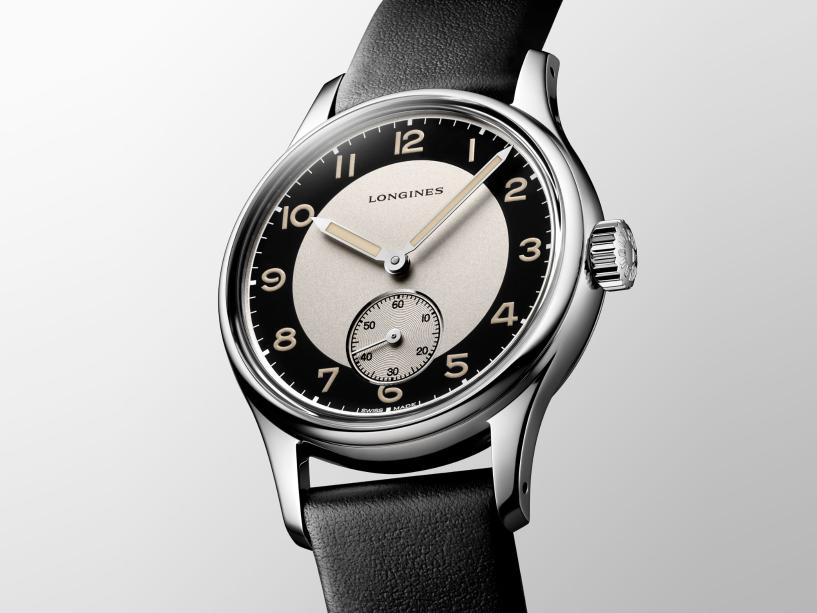 The time-only piece is topped by a sapphire box-shaped crystal under which is an opaline silver dial with a matte black outer ring, the two colours being the reason for the ‘Tuxedo’ name. A small seconds sub dial is at 6 o’clock. The hour and minute hands are rhodium-plated baton shaped hands and have Super-LumiNova, as do the Arabic numerals. If you hit this link you will find an auction listing from a couple of years ago for the model on which this new one, is based. Inside is the automatic Calibre 893.5. (based on ETA A31.501) which beats at 25,200 VPH and has a power reserve of sixty-four hours. 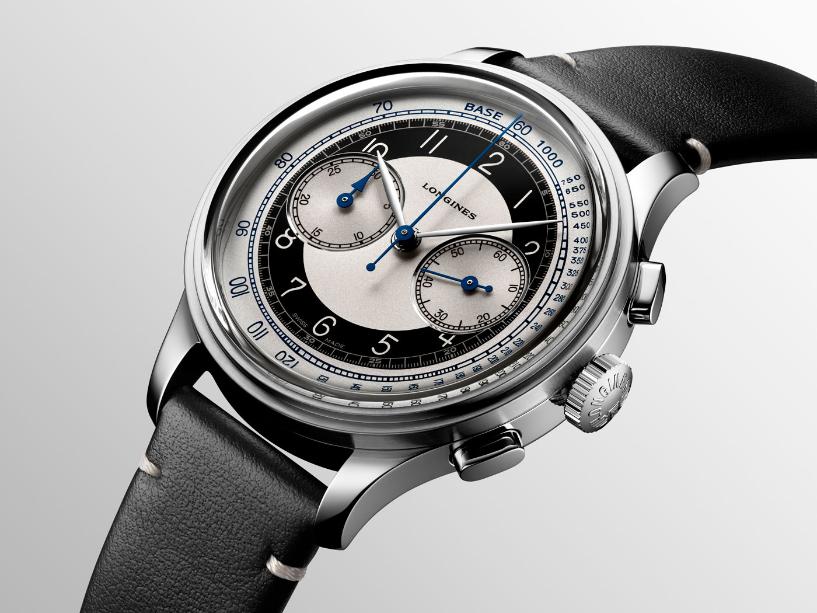 The Heritage Classic Tuxedo chronograph is a classic example of ‘modern retro’. Under the same box-shaped sapphire crystal, the chronograph has a bi-compax layout and the same opaline dial with the matte black ring on the first model. At 3 o’clock is a running seconds and at 9 o’clock is the 30-minute counter. In a traditional nod, blue appears on the hands of the central seconds hand, the two chronograph sub dials, and the tachymeter scale.

Whereas the 1940s chronograph from which this is inspired was powered by the fabled 13ZN movement, this new model uses the automatic Calibre L895.5, which is based on the ETA A31.L21 movement. It beats at 28,800VPH and has a power reserve of fifty-four hours. 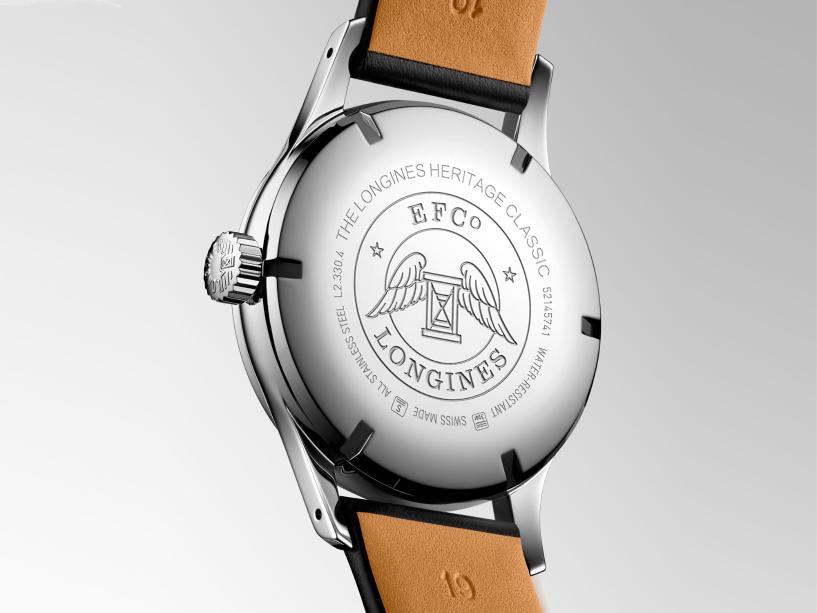 Both new models have a water resistance of 30m, a solid case back featuring an engraving of the brand’s logo from 1889 – a winged hourglass encircled by “EF Co Longines”, and come on black semi-matte leather straps.

For those who have access to BBC iPlayer, ‘Top Hat’ is currently showing as a part of a small selection of classic films, some of which feature actors in tuxedos.