Last month I was able to see one of these editions at the Jaeger-LeCoultre boutique here in Sydney, and as it is during this week that the newly badged Watches & Wonders Geneva (previously known as the SIHH) was meant to take place in its new guise and will still do so albeit in a digital form, I thought it was a fitting time to post about this piece.

One of the best-known Swiss painters of the 19th century, Ferdinand Hodler is best known for his his realistic portraiture and landscapes, although in the latter part of his painting life he pursued a form of symbolism which he called ‘parallelism’.

The Hodler Reverso Tribute Enamel models consist of three models, each limited to eight pieces, called “Lake Geneva with Mont Blanc in the Morning Light” (1918), “Lake Thun with Symmetric Reflections Before Sunrise” (1904), and “Lake Thun, Symmetric Reflection” (1909). Each of these pieces reproduces the works after which they are named, on a 3cm x 2cm surface area.

The front dials of each watch features an engraved guilloché ‘woven’ motif that is coated in translucent grand feu enamel in a color that reflects a tone in the miniature painting on the watch’s reverse dial.

Created in the highly skilled and specialised Métiers Rares atelier, it took a minimum of fifty hours to complete each miniature. In a rather lovely touch, the painting has its own engraved ‘frame’ as well. 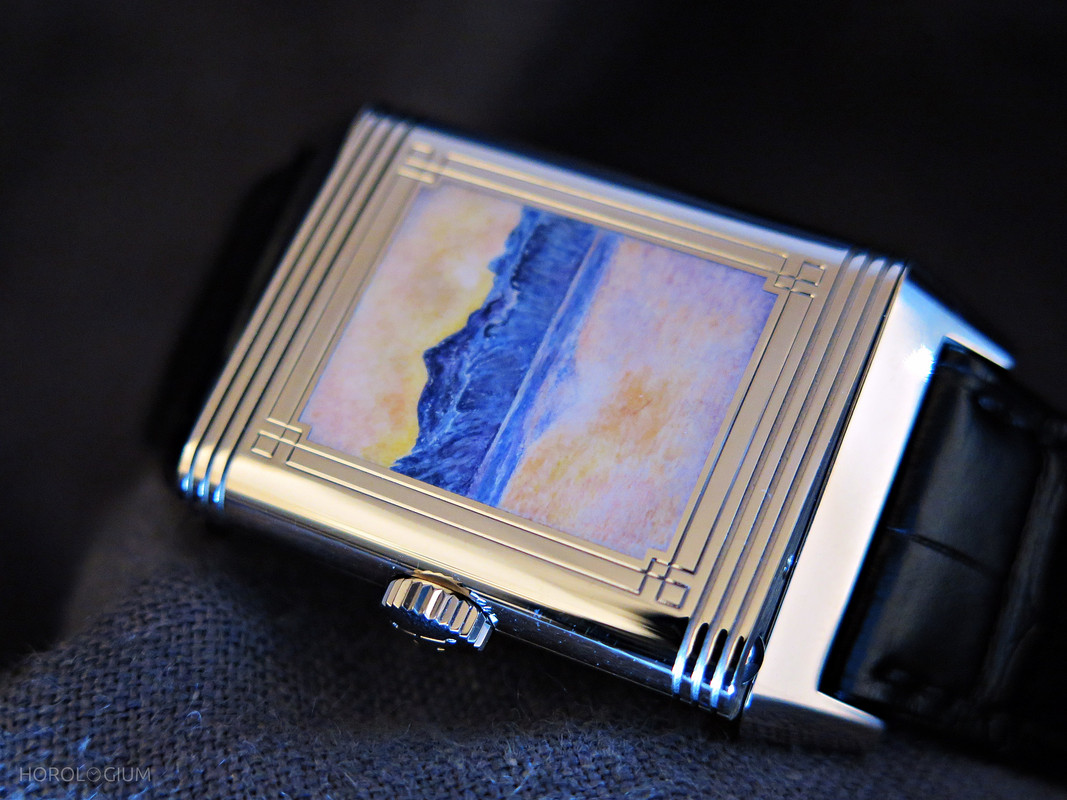 It is the one depicting Lake Geneva which has been here in Sydney, and thus timely for me to highlight today, when I would have otherwise been by its shores. Like its oil painting, which was completed in 1918, its miniature features pink and gold shades of the Lake as the sun rises. The original painting measures 74 cm x 150 cm, so as you can tell, a ratio amendment has had to be made for this homage. Jaeger-LeCoultre have done a number of miniaturised paintings on their Reversos over the years – some have been done with this orienatation and others, on the horizontal.

The dial side is the grey, and with its angularity of pattern, an interesting contrast to the soft tones of the painting. It features the familiar Reverso dauphine hands, faceted, applied hour markers, and rail track minutes. 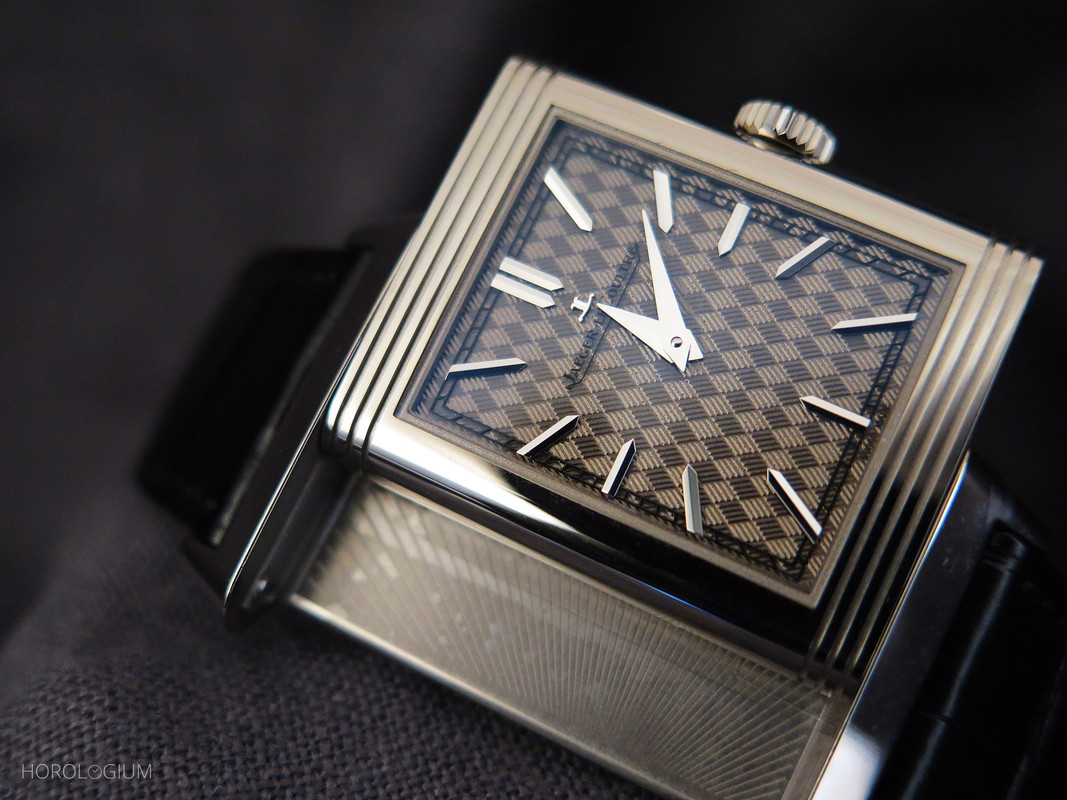