Glashütte Original’s Sixties line, along with the Seventies models, belong to their retro-inspired Vintage collection, with dials that provide a canvas for colours that reflect both the two decades for which they are named, and the occasional foray into a modern tones. In 2018, the brand introduced a new concept to the former – annual editions that would only be available for a year.

This year, following on from the green of 2018 and the orange-hued model of 2019, the Sixties Annual Edition 2020 turns blue, and adds a chronograph into the mix.

The dial productions starts with the blanks having a sunray finishing applied and then being curved into a domed shape. They are then given a galvanic nickel coating, after which they are sprayed with a dark blue lacquer (the colour of which can be seen around the circumference of the dial. The penultimate step is to apply a coat of this particular shade of ‘glacier blue’ lacquer to the entire dial, after which they are baked in an oven. 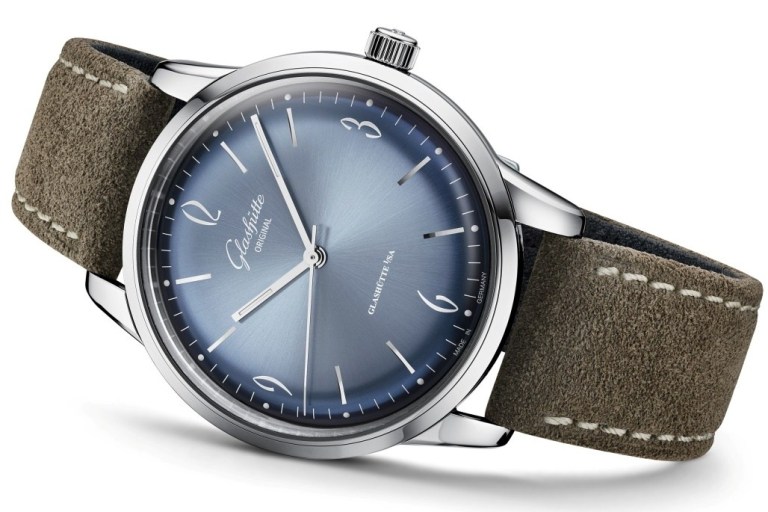 The Sixties Chronograph has a central stop-second along with two sub dials featuring a small seconds and 30-minute counter.

Through the open case back of the new Sixties Annual Edition 2020 can be seen the in-house automatic Calibre 39-52. It has a Glashütte three-quarter plate with a striped finish, 21 carat gold oscillating weight, beats at 28,800VPH, and has a power reserve of 40 hours.

Inside the Sixties Chronograph Annual Edition 2020 is the in-house Calibre 39-34, which also features a Glashütte three-quarter plate with a striped finish and skeletonised rotor with a 21 carat gold oscillating weight, beats at 28,800 VPH, and has a power reserve of 40 hours. 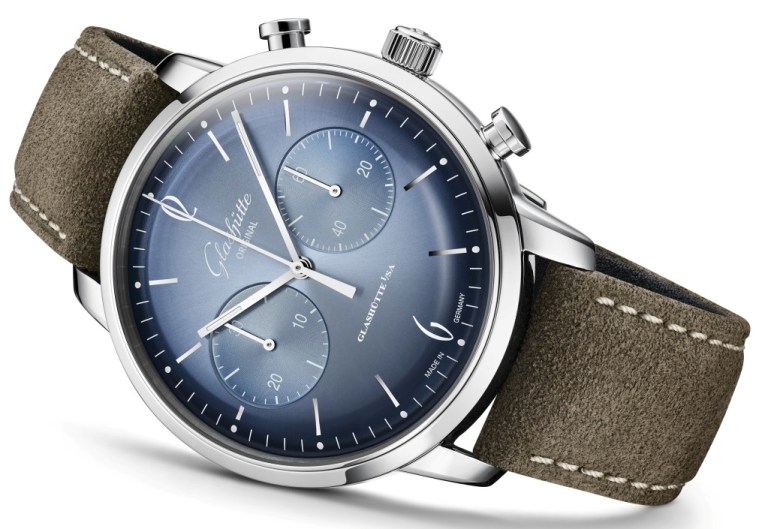