Some of you may recall Girard-Perregaux’s release last year of the 1966 Blue Moon. A black and blue themed variant of their popular 1966 moon phase model that was part of their ‘Earth to Sky’ theme, it was one of a flurry of blue dialed watches that were released during 2019.

Well it seems that this dial hue is not disappearing anytime soon (nor is the ‘sky’ theme in this instance), with Girard-Perregaux launching the Orion Trilogy in their 1966 collection. 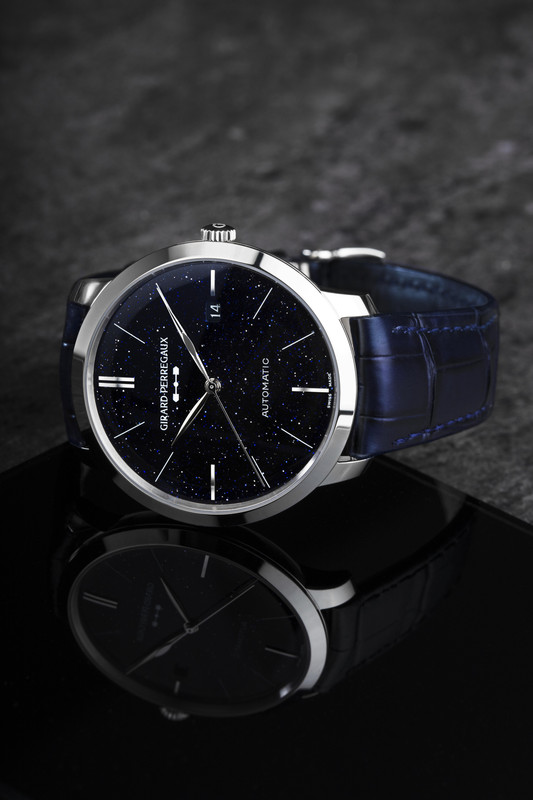 Consisting of three pieces in ultra-thin cases and two different aventurine dial colours (blue or black), they are named for the constellation Orion – the reason that there are three models is a reference to the three brightest stars on the (celestial) belt of the Greek huntsman after which it is named, although there are no direct references to any of these stars in the pieces. 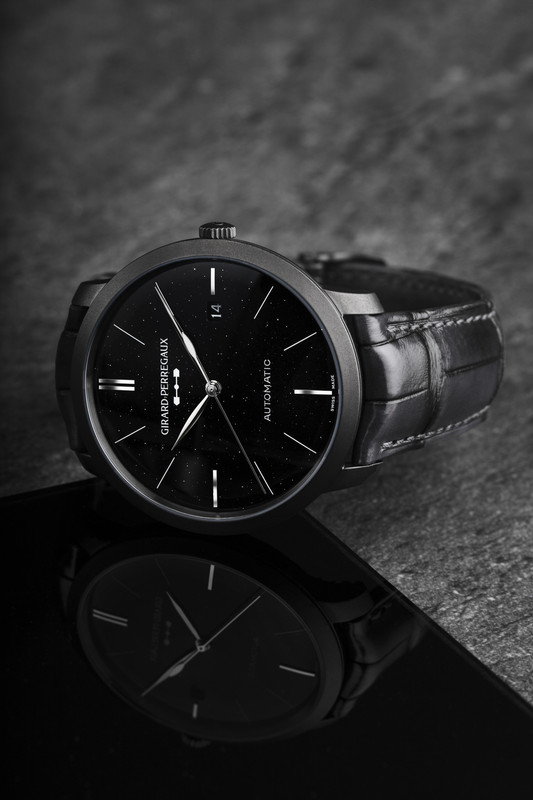 Available in steel, DLC-treated steel, or pink gold, beneath the domed sapphire lies either a black or blue aventurine dial, which itself is also curved (something of particular note). The familiar leaf-type hands and tapered hour markers are in the matching material according to the model. 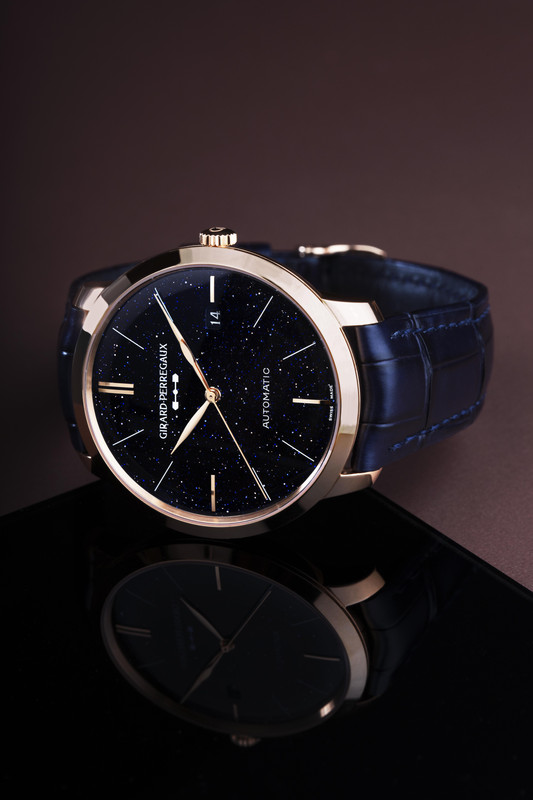 The new 1966 Orion Trilogy come on alligator straps in either blue or anthracite (which to be honest looks black in the official photos), with pin buckles in steel, DLC-treated steel, or pink gold.