Today’s post is about a timepiece from a brand best known for watches that are impossible to miss; often because of the exuberance with which the brand uses precious stones, but generally because Jacob & Co don’t shy away from attention-grabbing wristwear. 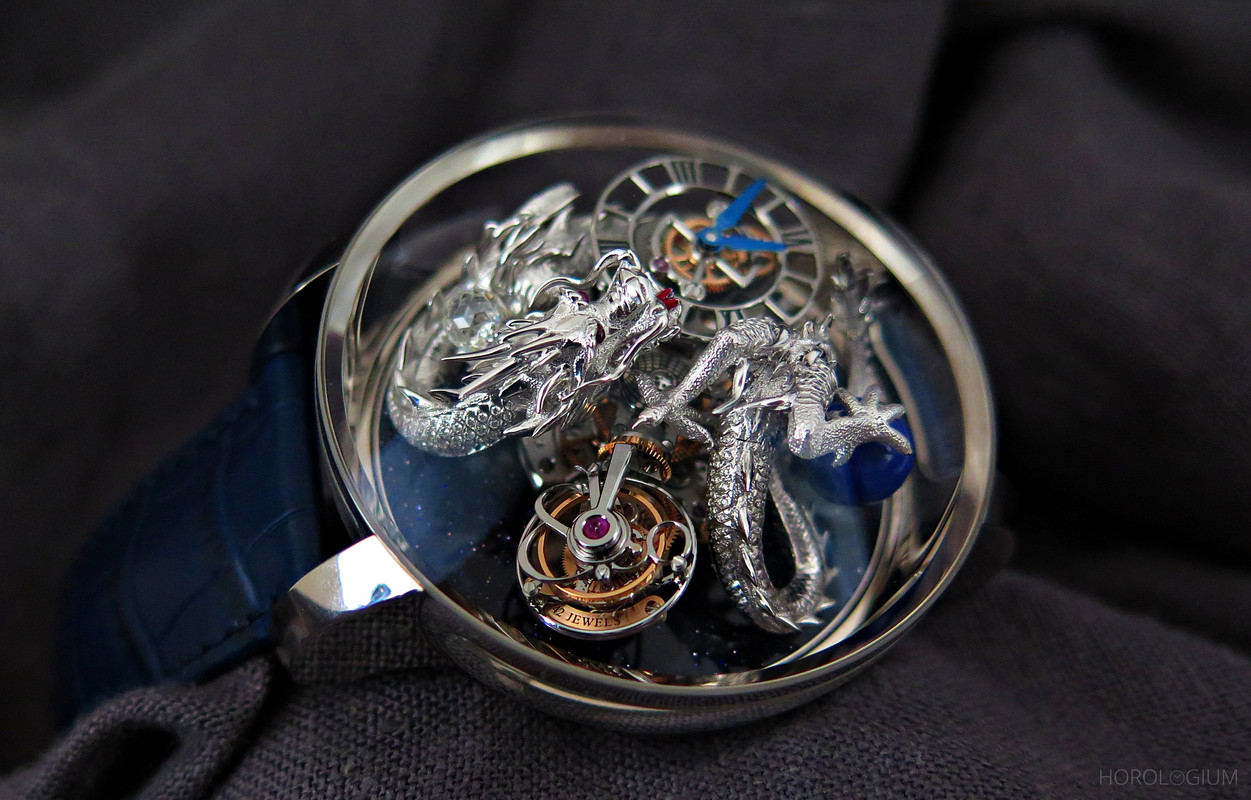 The Astronomia collection family is of particular note because of its pièces unique and use of miniature sculptures that wrap around the movement. In the case of the Astronomica Dragon of this post, in hand-sculptured and hand-engraved 18 carat white gold (a dragon also appears in other Astronimica creations, including in rose gold, and even a blackened one), and with a one carat diamond. The diamond is also common feature in these pieces. 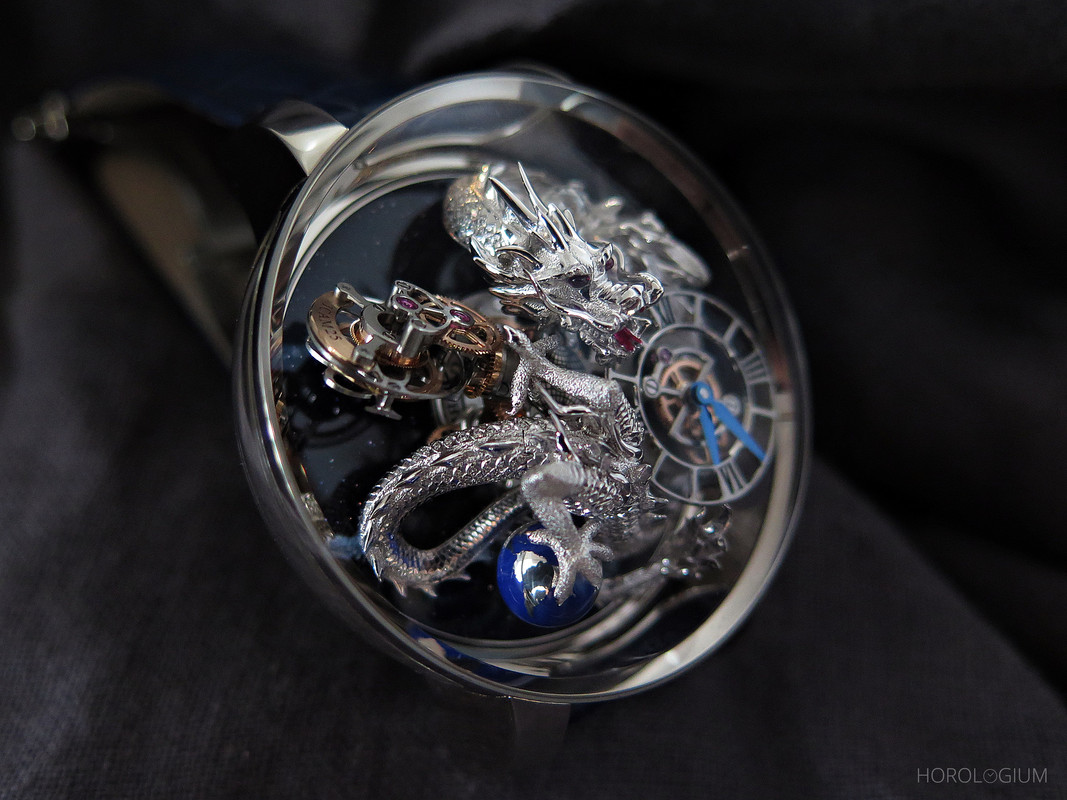 As well as undulating around the movement, the dragon is also holding a magnesium blue-lacquered globe which rotates once every 30 seconds. 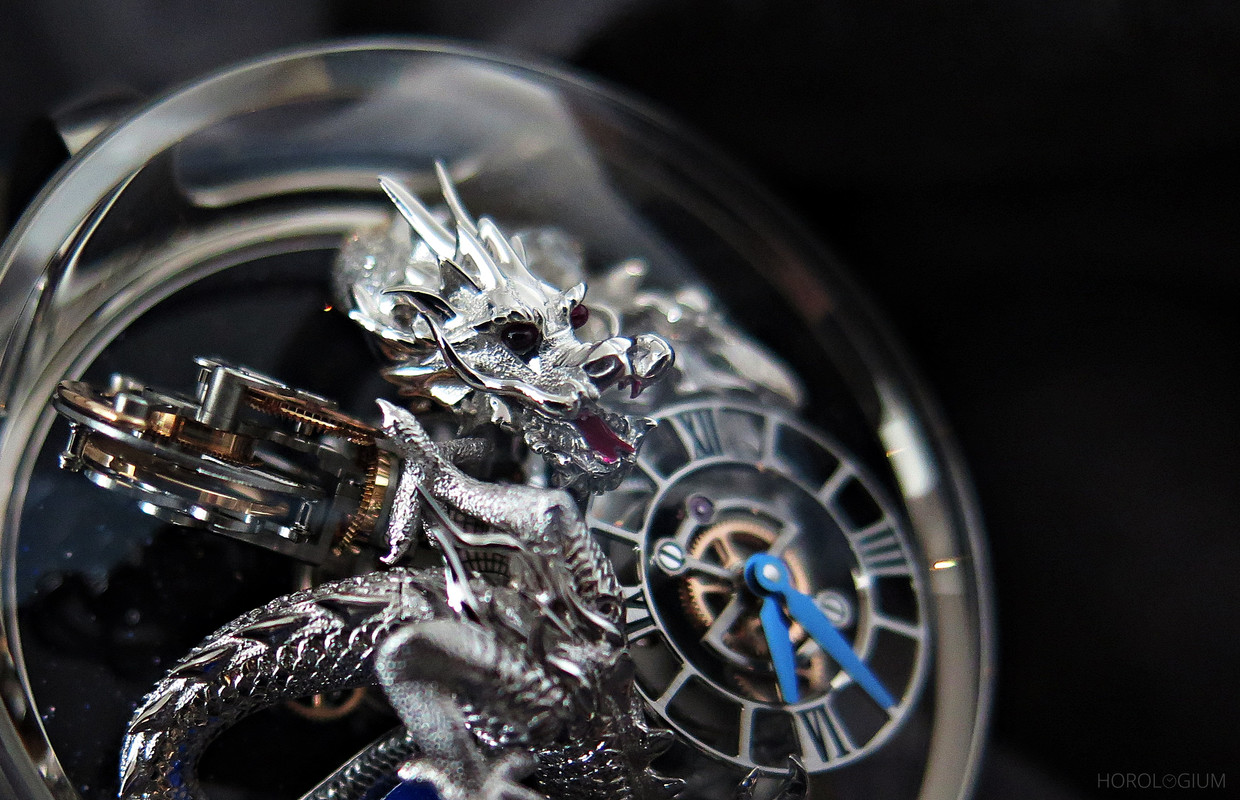 Taking a single artist three months to complete, the dragon consists of four pieces assembled together into the whole with tiny screws, the dragon curls around the double-axis tourbillon of the manually wound Calibre JCAM25, which beats at 21,600VPH and has a power reserve of 60 hours. The tourbillon has its first cage rotating in 60 seconds and second cage in 2.5 minutes. 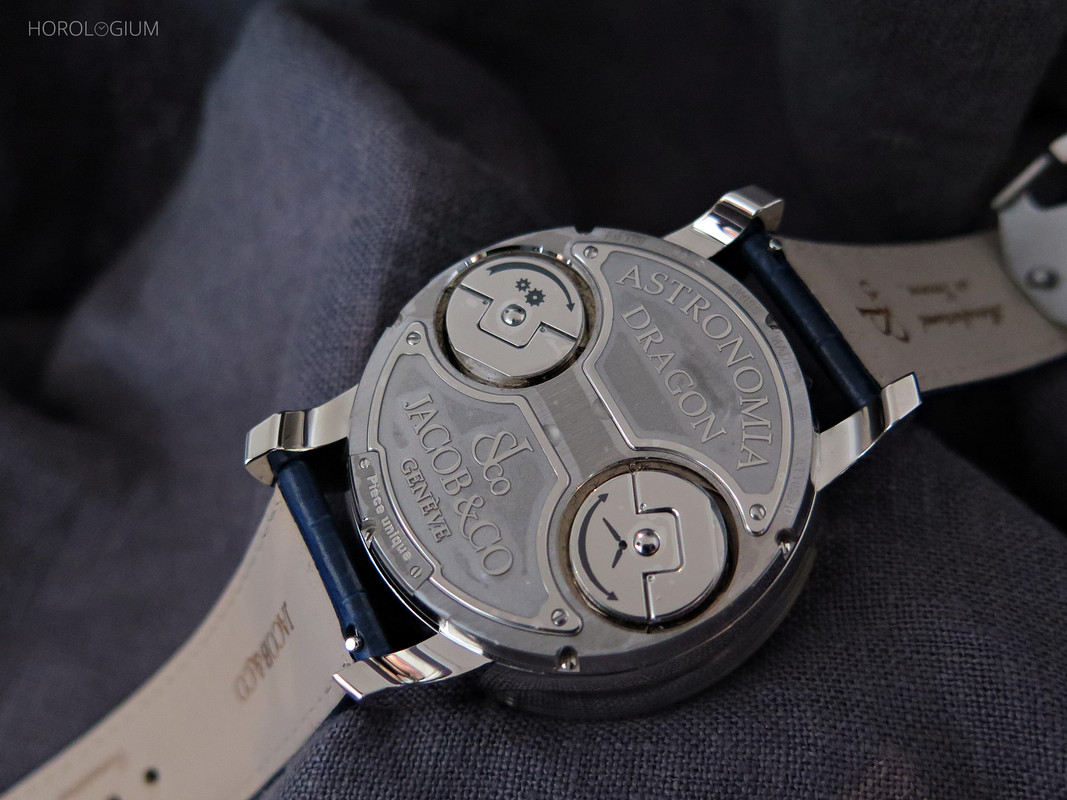 The 18k white gold case in which it resides is 50mm, with a thickness of 25mm. The latter is in some ways irrelevant, as the sides are about admiring what is inside through sapphire apertures. 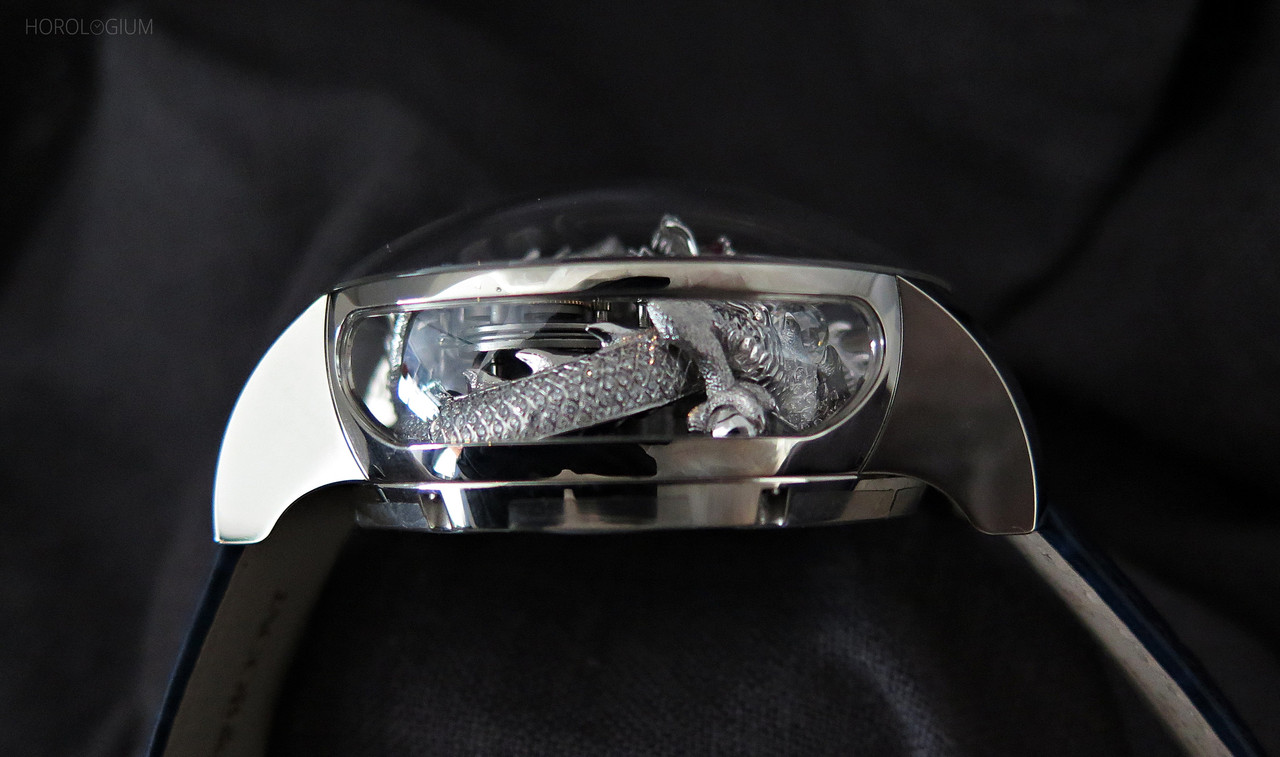 The Reference AT102.30.DR.UA Astronomia Dragon is a pièce unique with a price of CHF 1,077,000 including taxes. Whether or not you think that this watch (or any watch) should have such a price tag is one matter, but this is a piece that even if it isn’t your usual sort of thing, is worth seeing for the miniature sculpture.