H. Moser & Cie’s launch of the new Pioneer Centre Seconds Funky Blue Black Edition was accompanied by an unusual announcement, a #Pioneertour, during which this new watch would go around the world for a year courtesy of ‘guardians’, the route determined by them.

The watch recently came to Sydney, but its guardian was Moser’s Bertrand Meylan, in what has become an annual visit to Australia over the last couple of years.

This new Pioneer has a 42.8mm sized case of of DLC (Diamond-like carbon) treated stainless steel with a water resistance of 120m. The now familiar Funky Blue Moser fumé dial makes its inaugural appearance in the Pioneer collection. The hour markers and hands have Super-LumiNova. 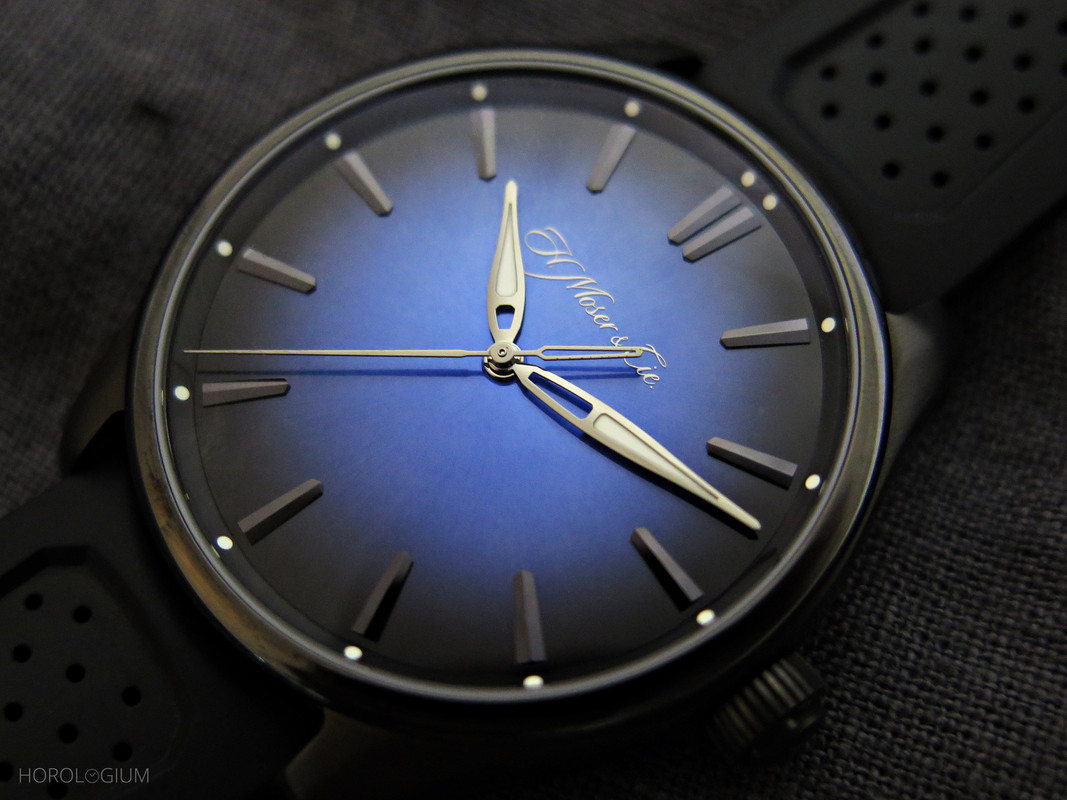 Inside is the Calibre HMC 200 movement. Finished with Moser stripes, it beats at 21,600VPH with a Straumann Hairspring® with flat overcoil, and hacking seconds. Equipped with a bi-directional pawl winding system, it has a power reserve of more than three days. Unfortunately, I did not see an operational model, so there are no photos of the movement, which is visible through an open case back. You can, however, go to the Moser website if you are unfamiliar with this movement, for photos.

For those who are unfamiliar with titanium/ treated titanium cases this is a very light watch, and the combination of the titanium and the treatment on the black rubber strap (which also has a black DLC-treated titanium buckle) makes for an easy comfortable watch to wear. I’ve seen the Moser fumé dials as more on the dressy rather than sporty end of the spectrum, but the Funky Blue colour actually works quite well here.