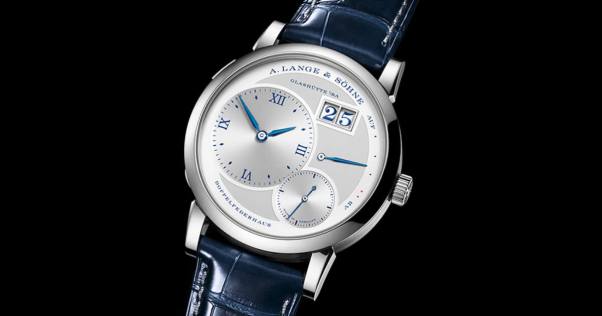 The modern A. Lange & Söhne story can be easily traced back to a quarter of a century ago when Walter Lange and his partner Günter Blümlein presented their first four ‘new Lange’ watches, including the then highly unusual Lange 1, with its idiosyncratic dial asymmetry and what would turn out to be equally a hallmark of the brand, the large date.

The ‘modern birthday’ year of 2019 with be marked with a collection of different models in white gold. There will be several features in common – an argenté-coloured dial in solid silver with printed deep-blue numerals and hour markers, blue date numerals, and a blue alligator leather strap with a grey seam. 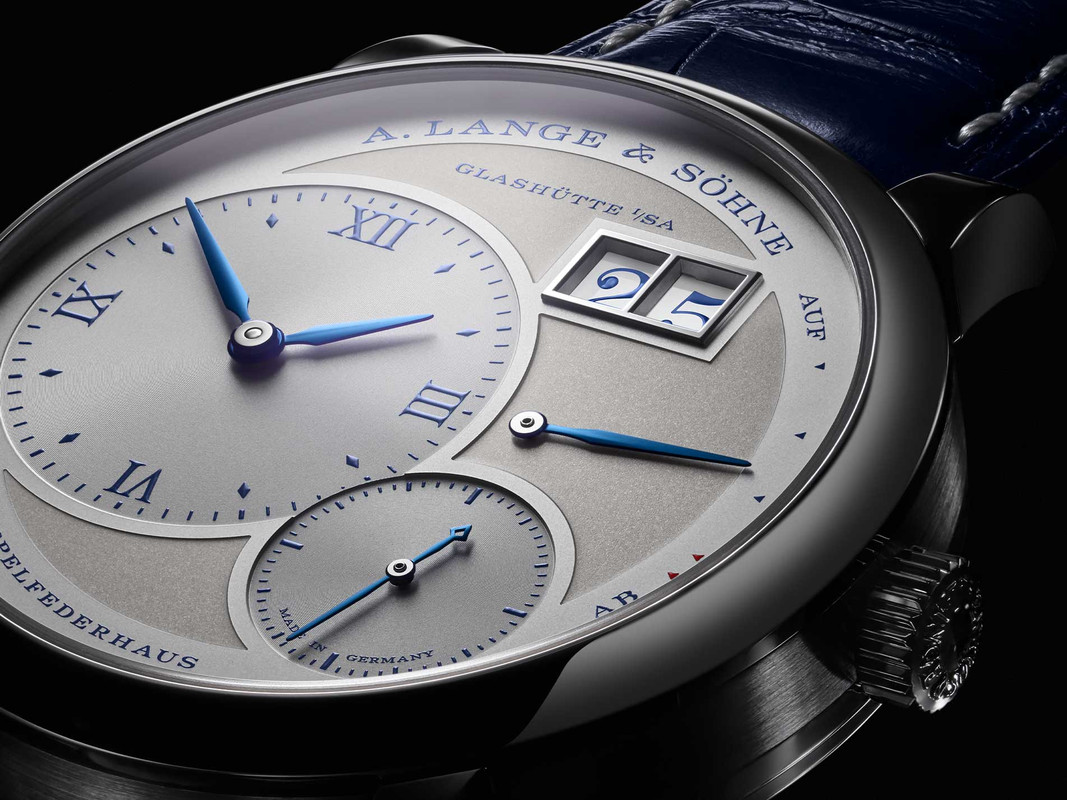 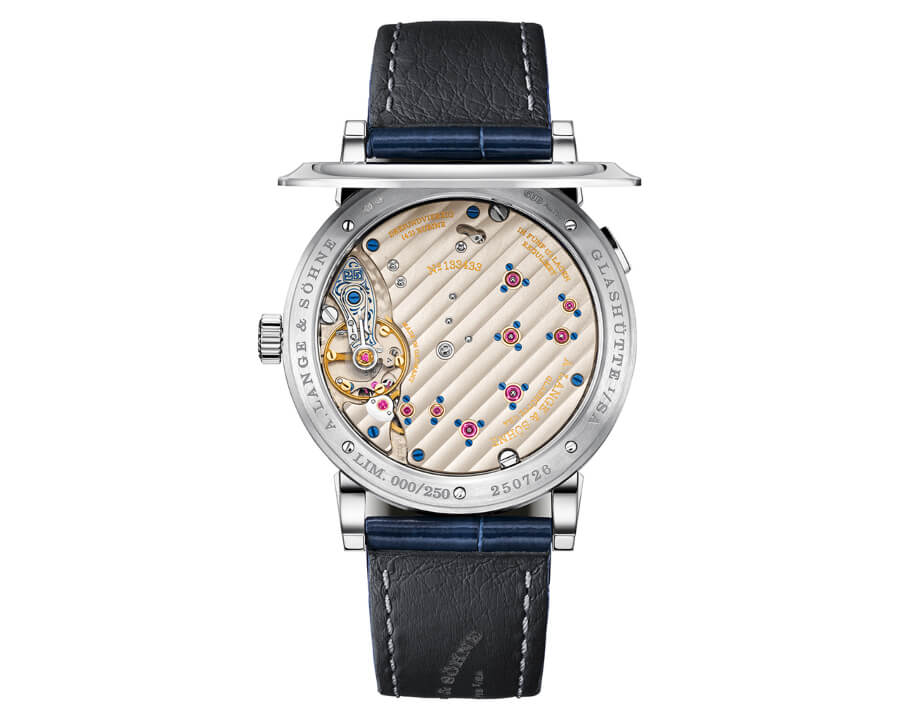 The case is 38.5mm x 10.7mm, but what is of particular note is that it has a white gold hinged cover (sometimes also called an ‘officer’s case’. A ‘hunter case’ pocket watch, on a similar vein, is a case with cover, that closes over the watch-dial and crystal, protecting them from dust or damage) with an engraving of Lange HQ, the names of Walter Lange and Günter Blümlein, and a relief engraving of the inscription “25 YEARS LANGE 1”. 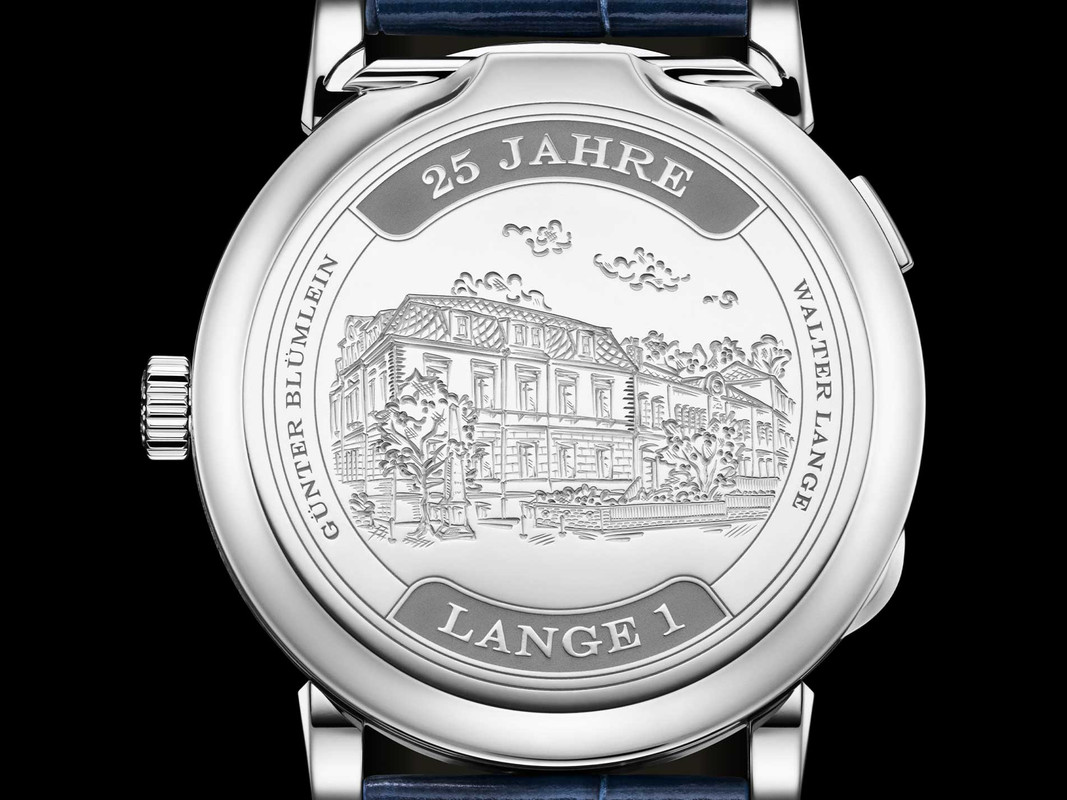 Underneath this case cover, through the sapphire glass, is the manually wound calibre L121.1 (the first LANGE 1had the Calibre L901.0), which was introduced in 2015. Beating at 21,600VPH with a power reserve of three days, it has the classic three-quarter plate and bridges made from untreated German silver, and the Lange hand-engraved balance cock, but with an additional feature : the outsize date with a ’25’, outlined in blue. 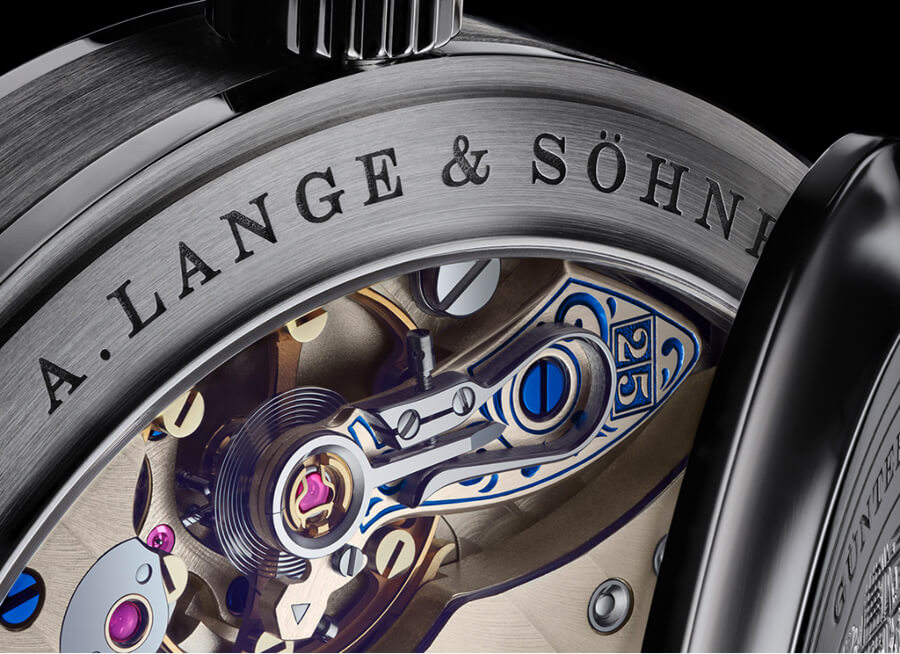