In March 2018, freediver Guillaume Néry announced that he had become a worldwide ambassador for Officine Panerai, revealing that he was ‘chapter 3’ of the TRAITS campaign (his section called, naturally, ‘Mare’), at the same time.

So who is Guillaume Néry? Well he is a freediving world champion and record holder who specialised in what is called ‘constant weight’ diving, whereby descent and ascent are only via fin propulsion. He retired in 2015 after inadvertently breaking a record and making a descent to -139m when trying to break his own world record of -129m, during a pre-competition dive. ‘Inadvertent’ because the dive line was set incorrectly. All did not go smoothly; he suffered a blackout just before breaking the surface and damaged his lungs, but retirement beckoned. 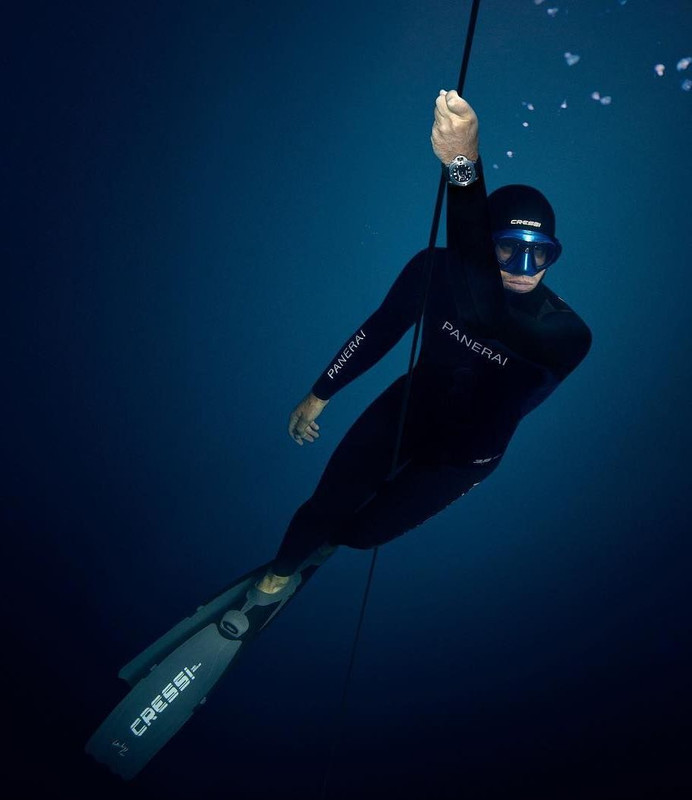 You can’t keep a diver away from the water, but Nery’s diving since then has been less of a competitive nature and more about education about the sea and its inhabitants. At the SIHH 2019, Panerai will launch a new Submersible chronograph inspired by him – the PAM982.

The new Submersible Chrono Guillaume Néry edition is the classic 47mm Sub case, in brushed titanium. The two chronograph pushers of the name are on the left of the case. With a water resistance of 300m (30 bar), the unidirectional diving bezel is also titanium, and has a very attractive dark blue ceramic scratch resistant insert. The blue theme continues, with the new PAM00982 coming on a dark blue rubber strap.

For those new to this type of complication, a flyback chronograph allows you to reset this function without the need to first stop the chronograph. In the vast majority of chronographs you need to stop, reset, and restart the ‘stopwatch’ functionality if you want to time an event after you have started it. 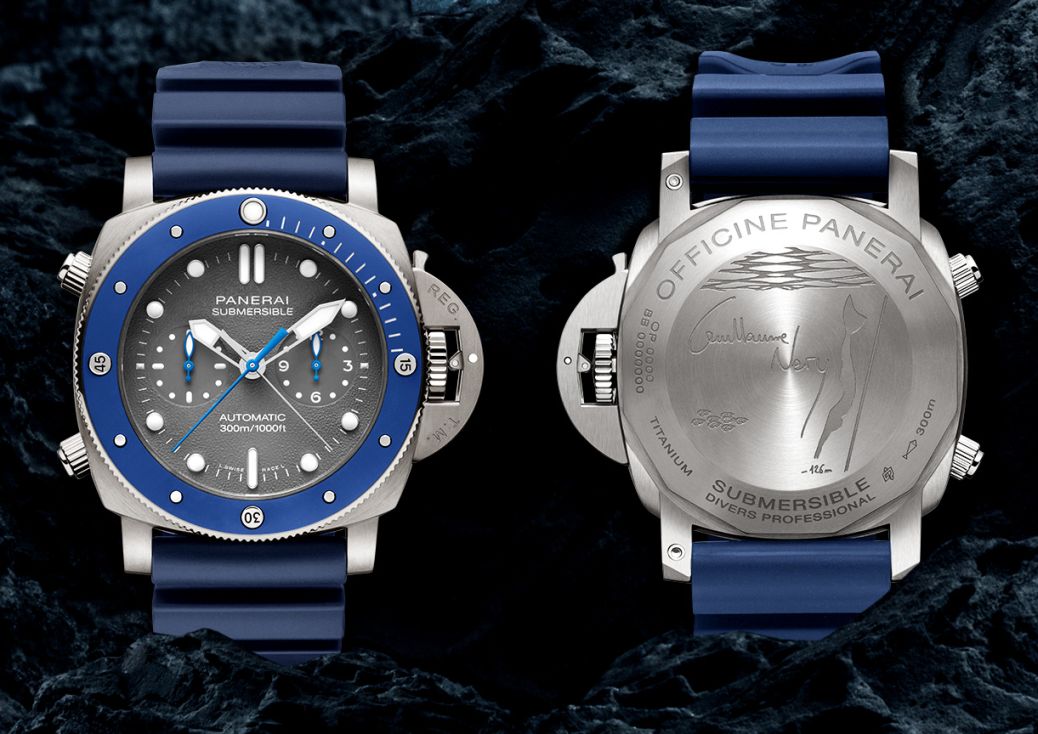 On the back is an engraving of Nery’s signature and an image that commemorates his -126m world record dive. Behind this is the automatic Calibre P.9100, which has a three day power reserve.