Launched at Baselworld 2018 to mark 280 years of the brand, the Grande Seconde Skelet-One was a modern skeletonised iteration of Jaquet Droz’s signature ‘8’ styled dial design. The three inaugural models consisted of two in gold, and one in black ceramic with gold. This year brings with it a second ceramic version, this time in black and blue. The 41.5mm ceramic case now has all the gold elements replaced by blue ones.

Regular readers will note that the last two posts were also blue-themed new releases, and the one before that, also about a ceramic watch. Perhaps there are some mini trends starting to appear for 2019?

Jaquet Droz are perhaps better known nowadays for a very traditional and classic aesthetic, although they have had some modern and often sporty, models. The Grande Seconde Skelet-One is arguably a cross over between these, and is marked not just by its skeletonised movement but by an interesting transparent seconds dial that makes the ‘8’ shape less prominent, instead showing off the movement underneath. 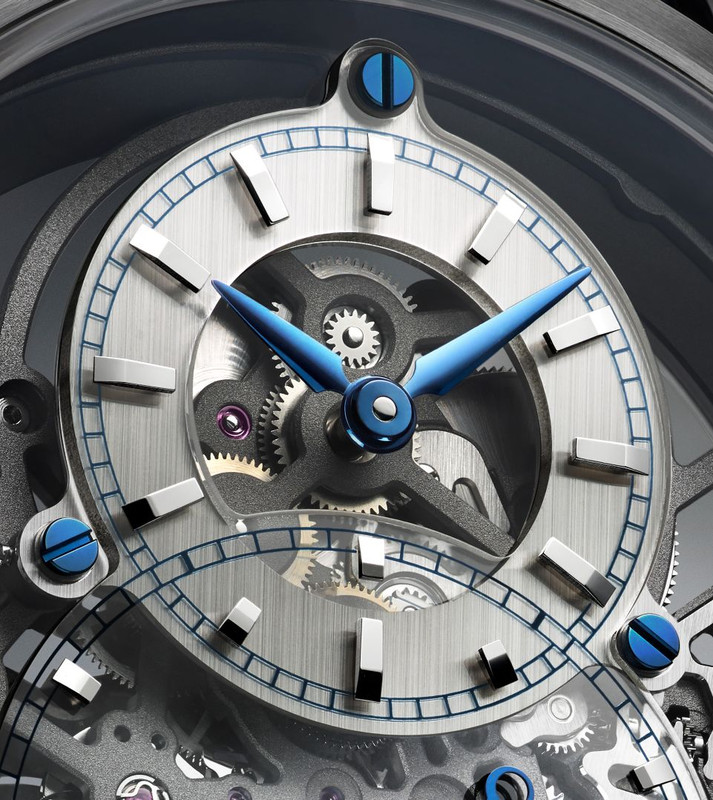 The time (hours and minutes) dial at 12 o’clock has applied and faceted 18 carat white gold indices (on the gold models, they are Roman numerals) and blued steel screws that complement the blued steel hands. Beneath and intertwined with the time telling dial is the large sapphire seconds sub dial, through which can be seen the automatic Calibre JD2663 SQ (‘SQ’ for ‘squelette’, for those who are unfamiliar with this). The transparent dial is, as they say, a cool thing, but legibility is perhaps a challenge if you want to watch the seconds hand. 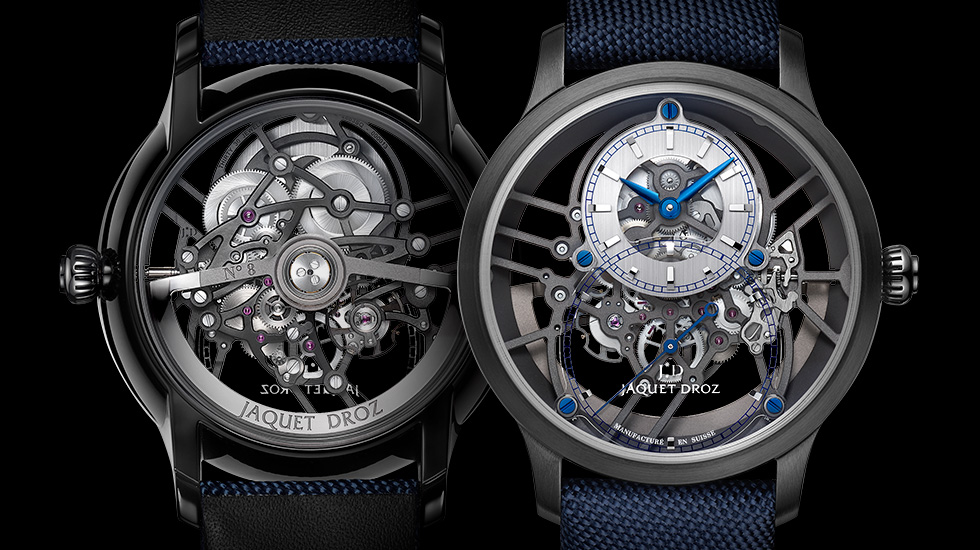 In an attractive continuation of the aesthetics of the ceramic case’s theme, the movement is coated with a black plating. The main plate of the movement stretches across the case and the gear train is suspended and fixed to the skeletonised bridges that cross over the movement. The 18 carat white gold central rotor is skeletonised as well. Beating at 28,800VPH, it has a power reserve of sixty-eight hours.

Coming on a rolled-edge blue canvas fabric strap with a steel black PVD and ceramic folding clasp, there is no RRP yet, but the 2018 ceramic model was CHF 24,850, as a broad price point guideline.