Panerai’s love of bronze cases started in what watch industry terms almost feels like an eon ago, with the original ‘Bronzo’, aka the PAM382. It was one of the hottest releases of 2011, and had a very real effect on the industry, with a plethora of bronze alloy watches following in its wake, a case material trend that is still going.

In 2013 Panerai released their second Bronzo (PAM507), also in a limited edition of 1,000. Views on this piece seemed to vary depending on whether you were an owner of one of the PAM382s who thought there would never be another Bronzo or one of those who missed out the first time.

This year, Panerai have gone back to the original Bronzo and released the PAM671, a new 47mm Luminor Submersible 1950 3 Days Automatic Bronzo with a blue dial. I don’t know if this will be their final bronze watch (are they going for a trilogy?) but with the new blue dial with the cream coloured Super-LumiNova is certainly striking against the bronze case. For date window purists, you’ll be happy to see that there is colour continuity. 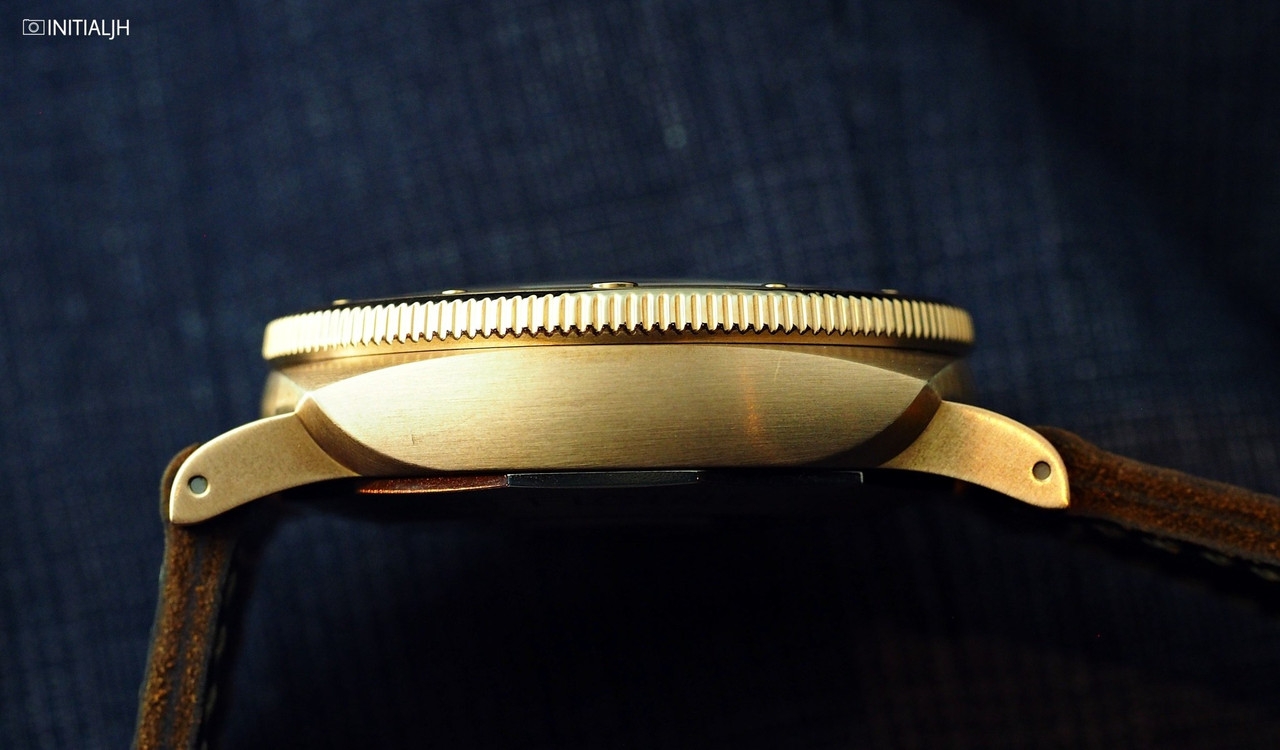 Because obviously you will be swimming with it, to aid patination, the Luminor Submersible 1950 3 Days Automatic Bronzo is water-resistant to 30 bar (300m) and comes on a brown strap with titanium buckle. It is a Special Edition limited to 1,000 units. 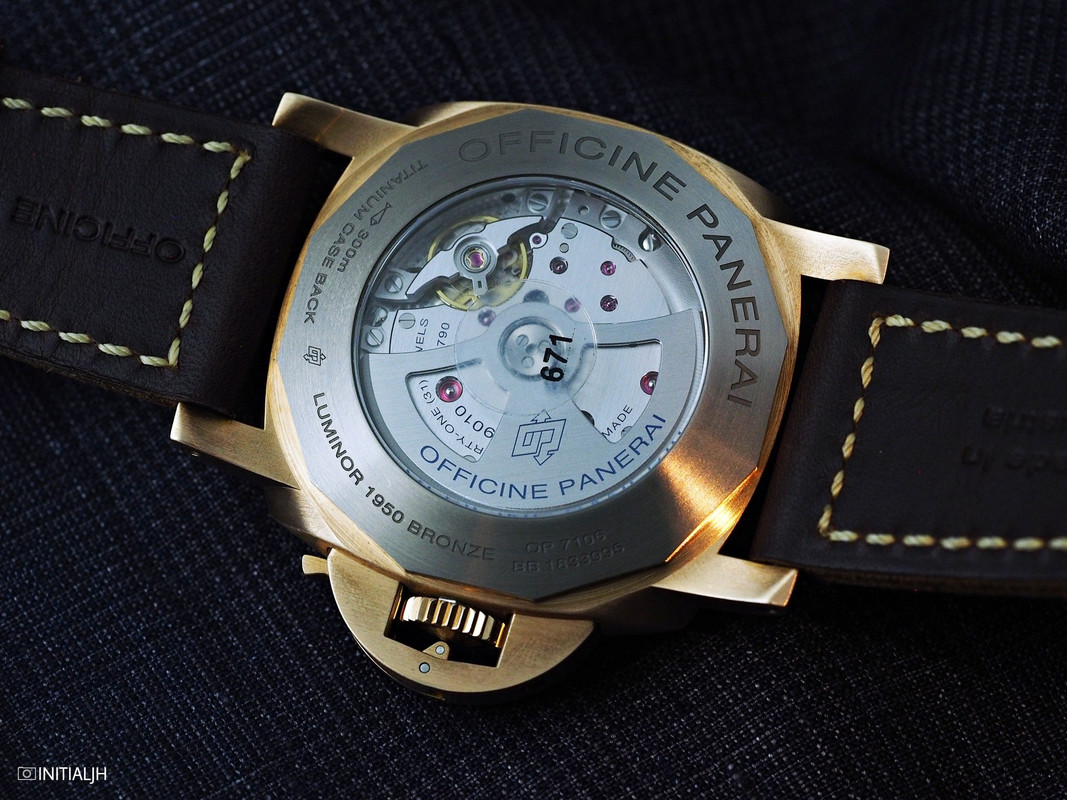 Behind the titanium open case back is the Calibre P.9010, a successor to the P.9000 with a slimmer design and a balance bridge secured on two sides. Power reserve is 72 hours. This movement allows time adjustment to be done via moving the hand in one hour increments forward or backwards. Naturally, the adjustment of the hour hand is connected to the date indicator. 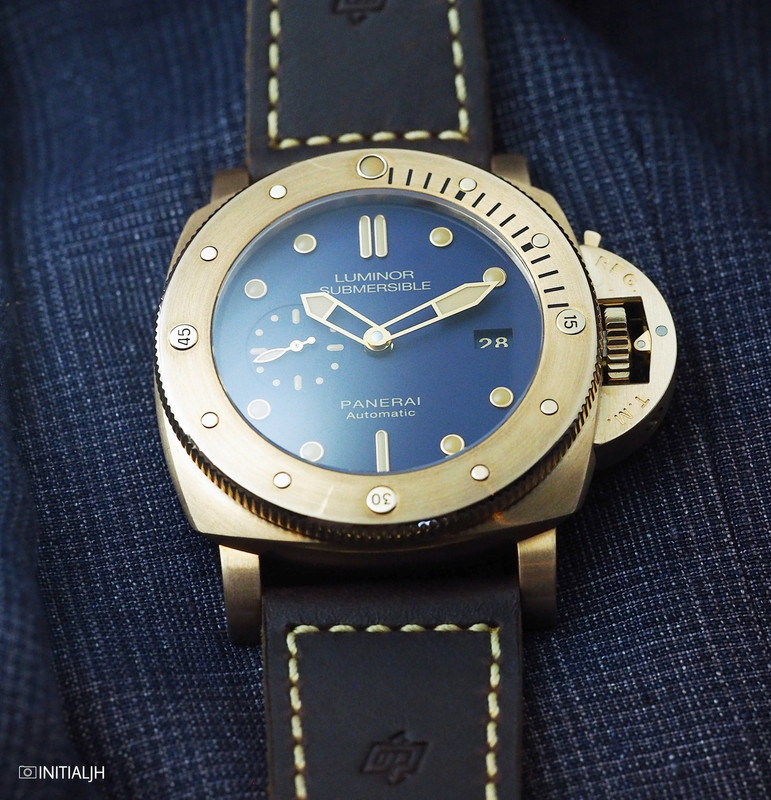 This is of course not the only ‘blue watch released by Panerai this year but it’s certainly the more accessible one. There are watch buyers now who were not buying when the PAM 382 was released, and based on a number of releases this year, we are still in the bronze age, so if you have a weakness for a deep blue dial and bronze, this striking watch may be for you.