Part of his J Class Collection, in its Piccadilly case with the Foundation hands and white dial it is unmistakably Speake-Marin. The inclusion of two tourbillons is not just about a technical feat but because of his affection for tourbillons as a a part of watchmaking in motion that can be enjoyed and contemplated. Also, it harks back to the tourbillon of his Foundation Watch.

As we have noted recently, having two tourbillons on a watch is an unusual horological undertaking. In the Magister, this takes the form of two 60-second tourbillons linked by a bridge, each with an independent gear train and mainspring barrel.

Double tourbillons are unusual, but having them placed vertically on the left of the dial is even more so. Why has he done this? It goes back to his love of tourbillons visually, but also has to do with the thought that when worn under a shirt; the time-keeping part of the dial can be visible whilst still keeping the tourbillons discreetly under your cuff.

The dial is, in fitting with being enamel, traditional, with Roman numerals, chapter ring, and with his distinctive blued steel hands.

Topping and tailing the grand feu enamel dial are a power reserve indicator and a day-night indicator. The former shows the power available by means of a disc that opens when fully wound to reveal the movement below and then gradually closes as power runs down until it’s red. A day/night indicator is also found below the time dial to balance the design.

Each of the toubillons has its own independent gear train powered by its own mainspring. The two barrels are wound simultaneously via the crown.

If you look carefully you will see that the tourbillon carriages carry Speake-Marin’s topping tool motif, an attractive and charming touch.

The tourbillons are linked by a limited-slip spring clutch which absorbs and balances any variations between the two cages and balances it out. A single large bridge, hand finished with mirror polished internal bevels, supports the upper side of both tourbillons.

A miniature limited-slip spring gearbox which absorbs and balances any variations between the two cages (called an ‘équilibreur de marche’) links the two tourbillon regulators, and is mentioned on the movement, which you can see when you flip the Magister over. 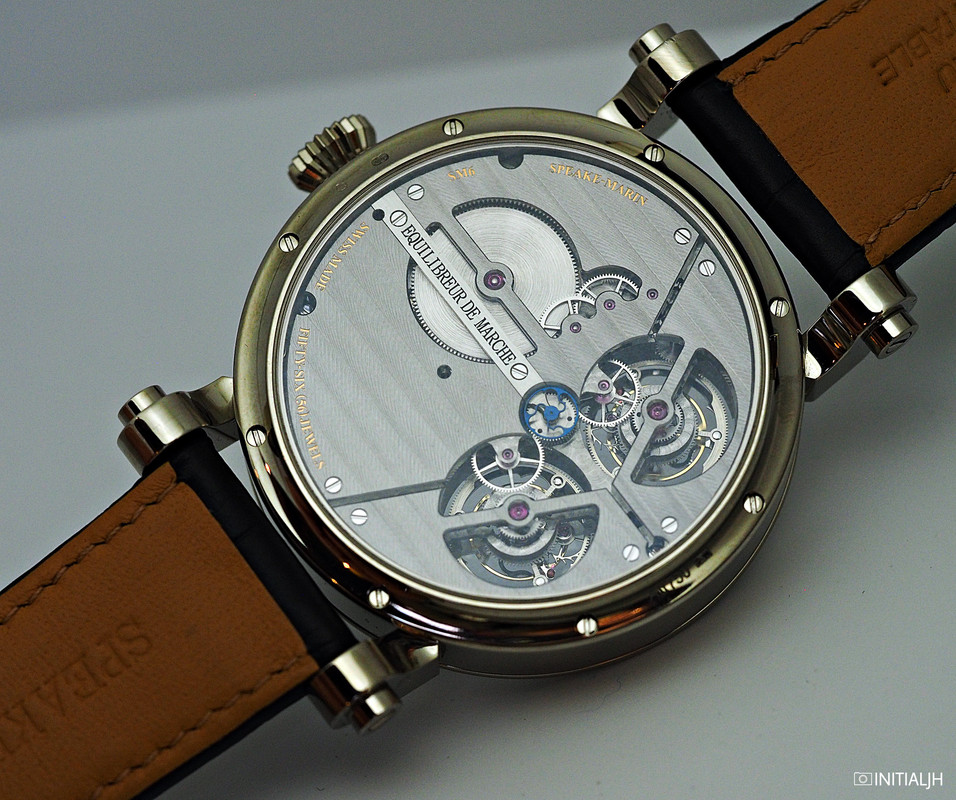 The reverse is an almost full plate concealing most of the manual-wind SM/ CDH Calibre SM6 with seventy hours of power reserve and beating at 21,600VPH, which features maillechort (German silver) bridges, perlage and ruthenium plating, and Côtes de Genève.

As mentioned, the equalising spring is attached the two wheels. Each wheel rotates with its respective tourbillon and this spring is responds to any differences and movement-related shocks. This equalised rate is transferred to the blued topping tool-shaped wheel. 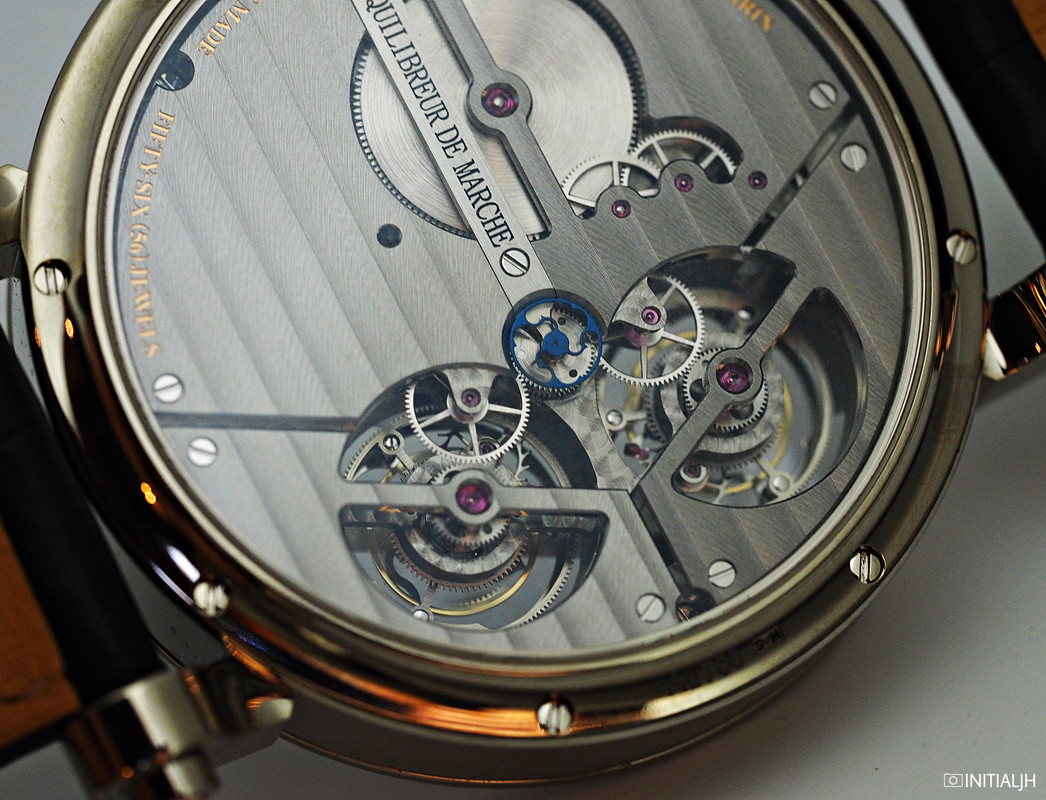 As well as being an impressive piece of horology, this really is a gorgeous looking watch, one of my favourites from Speake-Marin in recent time. However, at 46mm this is a big watch and wears as such.