Baselworld 2016 brought with it a number of Heritage models from Longines, such as the Heritage 1918 which we covered a little while ago. Today we are sharing with you another new ‘new vintage’ release – the ‘RailRoad’ which is based on a 1960s piece called the R.R.280 (after the Calibre 280 inside it), only now featuring R.R.888 on its dial after the manual-wind Calibre L888.2 inside this updated iteration.

So what is a ‘railroad’ watch? In a nutshell, the first ‘railroad standard’ watches (firstly in the form of ‘railway chronometer’ pocket watches, which were popularised in the mid 1800s) were timepieces that met the general time service requirements that were in effect at the time that the watch was made. When it became evident that standardised time for railways was critical, especially to avoid accidents that were a consequence of differing timepiece accuracy, the fact that different railroads accepted different watches (makes, accuracy) and had different requirements in terms of whether these were mandatory or advisory, came to the forefront as a critical issue that needed to be promptly dealt with. A system was needed to ensure that two trains could not be simultaneously on the same stretch of track.

Historically railroad watches, despite differences, were all characterised by design features focusing on legibility such as a large simple white dial with bold black hands, Arabic numerals, and movement wise, that they be temperature compensated as well as keeping to a certain level of accuracy.

The RR280 on which this new watch was based was used, amongst others, by the Canadian railways. It had a swan-neck regulator, regulated to five positions, and hacked. 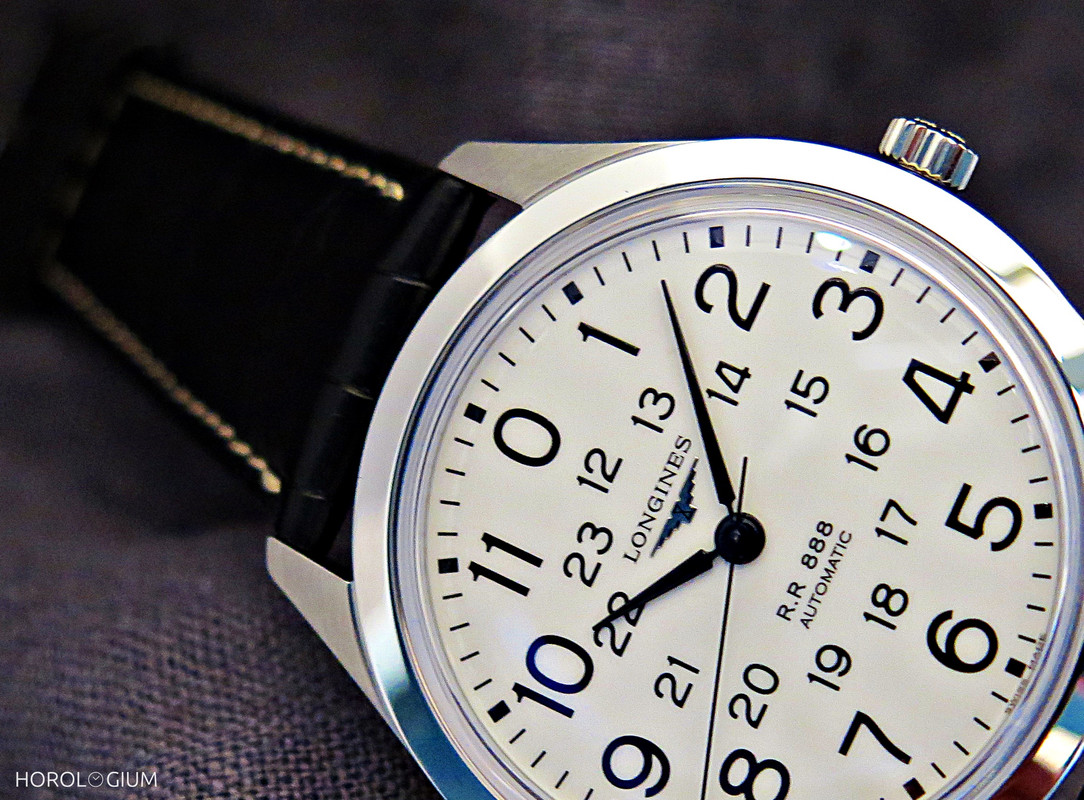 At 40mm the new Longines RailRoad is bigger than the original’s 35mm but is otherwise very similar – Arabic numerals, Calibre reference to the movement on the dial, simple black (in this case lacquered) hands, and the shape of the case and bezel. The dial itself is a a bright white, with a 24-hour indication as per the original on which it is based. The ‘Automatic’ on the dial is new of course, and perhaps best of all there is no date added to it. Long time readers of Horologium will know that this has been a particular ‘thing’ of mine, the adding of a date function to Longines’ Heritage Collection watches, and so the clean design of this new dial is a welcome sight.

The case is stainless steel with a polished sides and bezel, and brushed lugs. The sapphire crystal is anti-reflectively and slightly domed.

Inside the new RailRoad is the ETA-based 25,200VPU Calibre L888.2 with a 25,200VPH and sixty-four hours of power reserve. An engraving of a train and accompanying text on the case back is a nod to the history of the watch, and inspired by the decorative elements on railroad pocket watches of the 1920s. 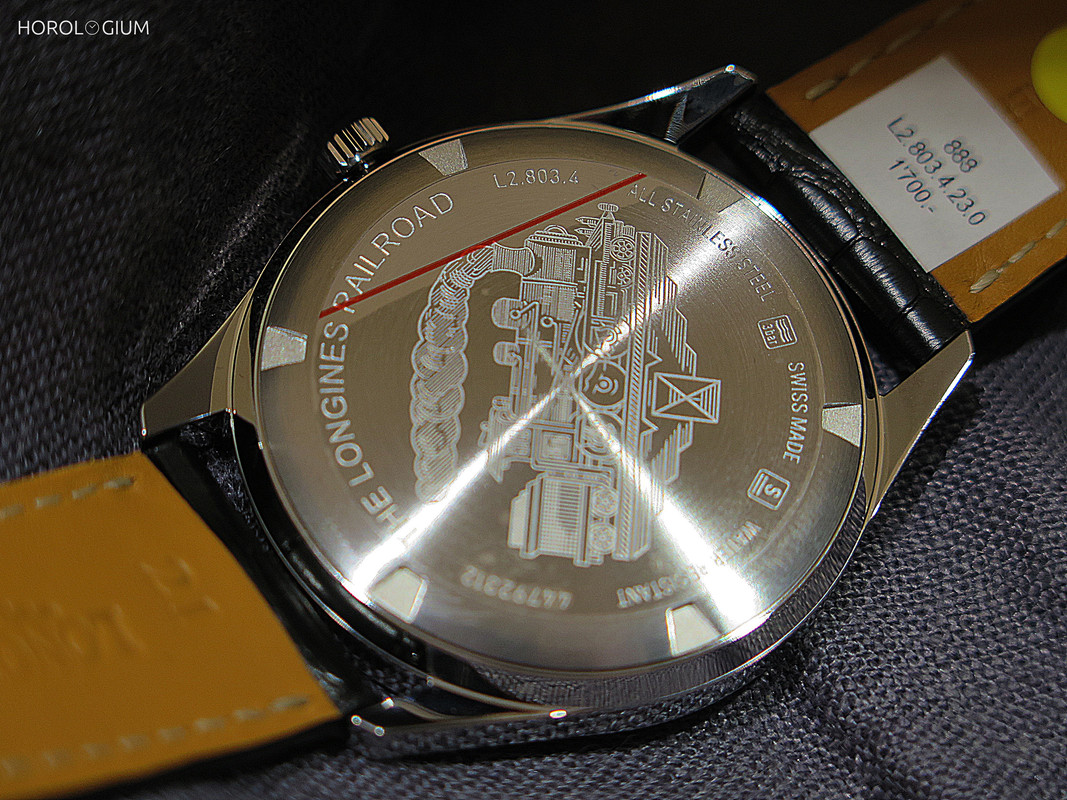 For those who find much to like in the Longines Heritage Collection this new addition will be of particular interest, especially for those who have wished for a ‘no date’ update akin go the ‘no date’ version of the very popular Legend Diver from a few years back. An attractive clean dial with pure functionality at its core, the new RailRoad comes on a black alligator strap with white contrast stitching and has an Australian RRP of AUD2,200.