Flying somewhat discreetly under the radar for Zenith this year has been a new tourbillon chronograph, which was formally launched at Baselworld 2016.

At first glance the combination of functions and layout may seem familiar to Zenith fans. This is because it uses the automatic El Primero 4035 B movement, the 4035 having already been used by Zenith in other tourbillon chronograph models but in a slightly different form (e.g. with a date). However, the earlier models have a very different to this new watch.

In a ceramic case, a ‘first’ for the brand (although they have used something called ‘ceramised aluminium’), this new watch is also Zenith’s first open-worked tourbillon watch. The combination of these gives a very different feel to it compared to its more dressy predecessors.

Calling a watch ‘skeletonised’ seems to be rather broad in its application in the watch world, so I shall stick with saying ‘semi open worked’ in this instance, as it seems more suited to the movement architecture of this new piece. 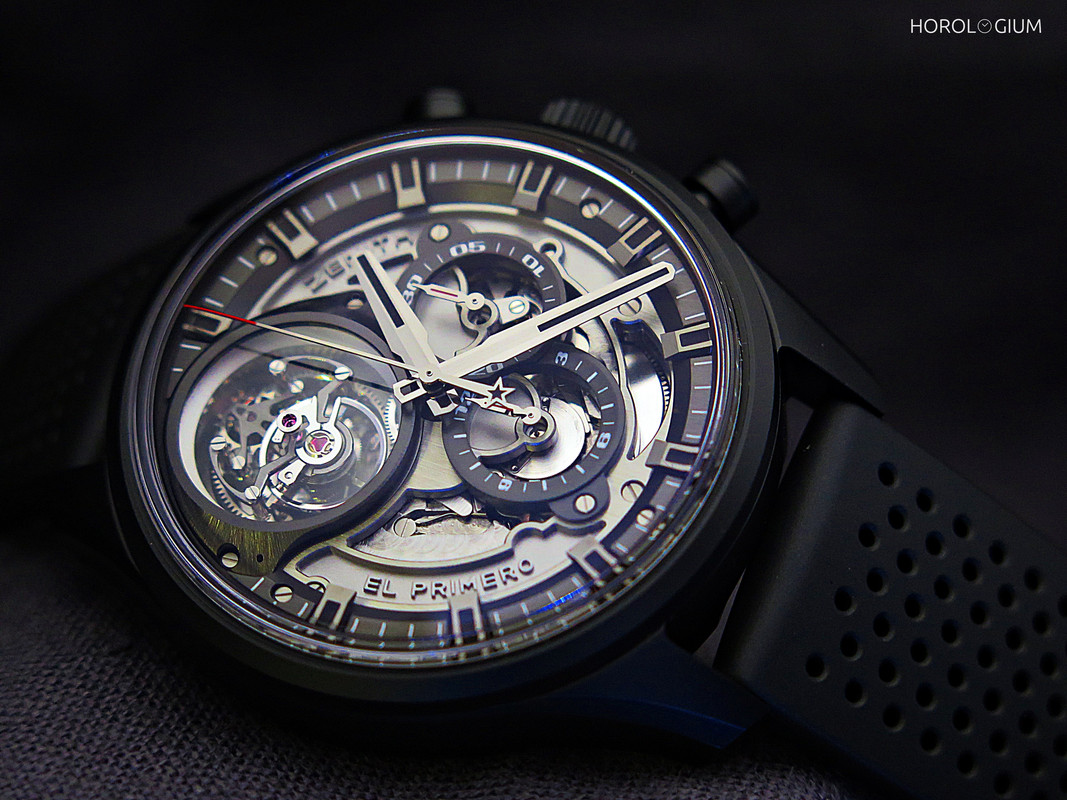 There is some ‘opening’ up of the movement but not too much; the decision to do this, combined with how they’ve kept the openworking quite ‘raw’, has resulted in a semi ‘industrial’ looking watch which actually works well with the ceramic case, especially with the design choices for the brand name and ‘El Primero’ on the dial side of the movement. If you compare how the movement looks in this form with how it looks/ appears in previous incarnations, you will see how much work has been done on it to create such a different look to is dial side. There’s also the issue of chronograph functionality – any more skeletonisation and the sub dials would be too difficult to read. The clear delination of the sub dials through the use of black ceramic for the circumferences also assists legibility.

The El Primero 4035 B movement, visible through the case back, has a fifty hour power reserve and beats at 36,000VPH. 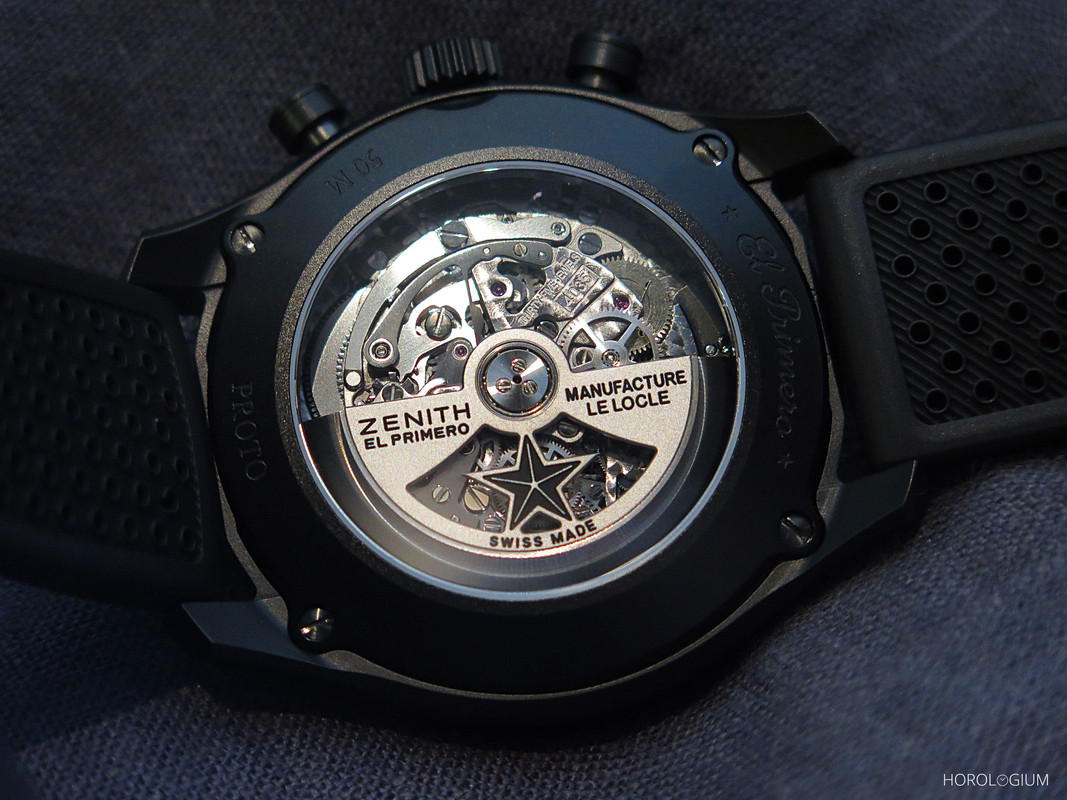 At 45mm (14.65mm thick)  the ceramic case is at the midway point compared to other Zenith tourbillon chronographs. With a water resistance of 5ATM, the short lugs and ceramic lightness of the case makes for a watch that seems to sit a bit smaller than its 45mm when on the wrist.

Coming on a fairly comfortable black perforated rubber strap, the new El Primero Tourbillon Skeleton Chronograph will be made in a limited edition of of 150 pieces with an Australian RRP is $67,400.