CARTIER : the road to success

So we’ve decided to have a bit of a cushion case week this week. Meet the new cushion-cased Drive de Cartier collection, which was launched at SIHH 2016 with three inaugural models (plus one colour variant of one).

The dials of all of them are quintessentially Cartier, with their Roman numerals, guilloché dial and blue sapphire winding crown. With these first models the new cases are available in pink gold or stainless steel, and come with black, grey or white dials. 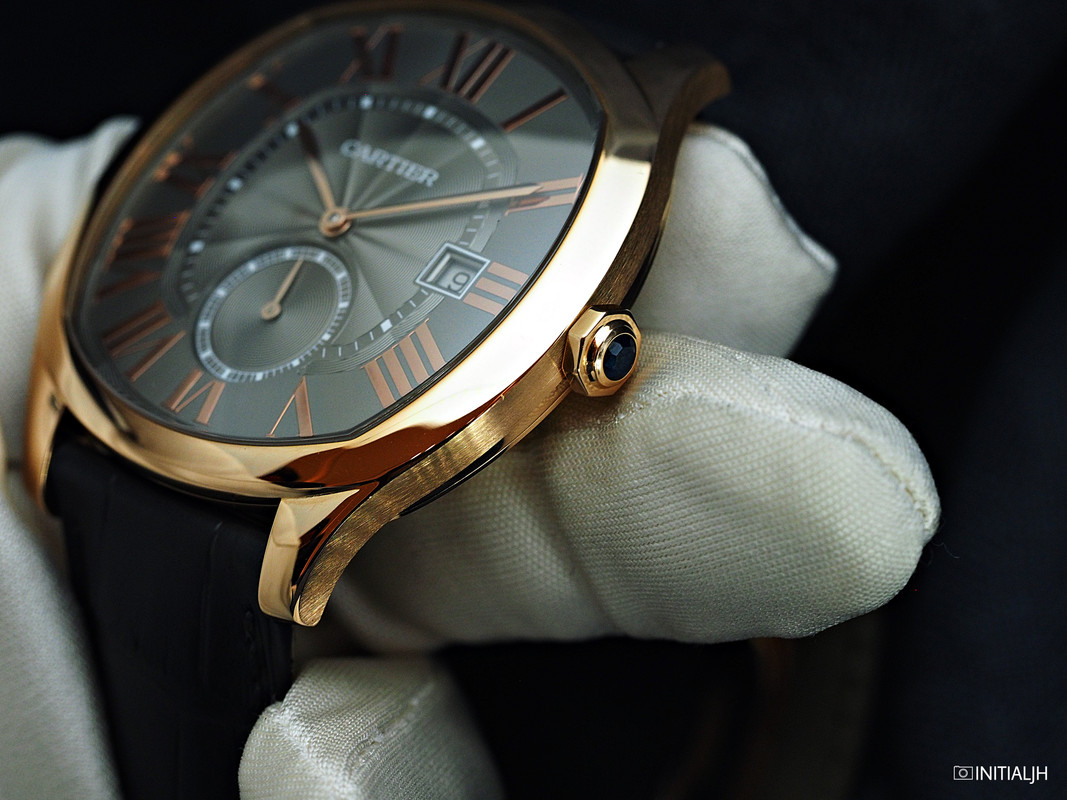 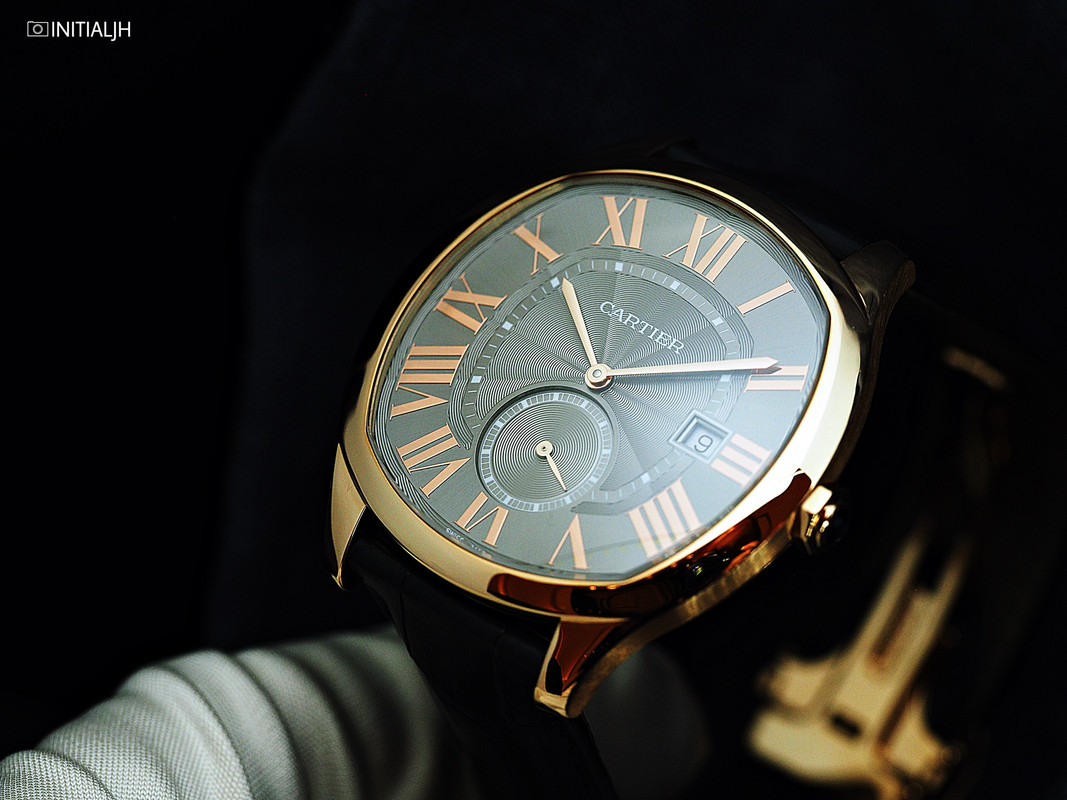 The base model first. Inside the 40.00mm x 41.00mm case is the automatic in-house Calibre 1904-PS MC movement that was launched in 2010 and most notably, made its inaugural appearance in the highly successful Calibre de Cartier collection. With a 48-hour power reserve, this is now a solidly road tested movement and one of Cartier’s ‘backbone’ movements of today. 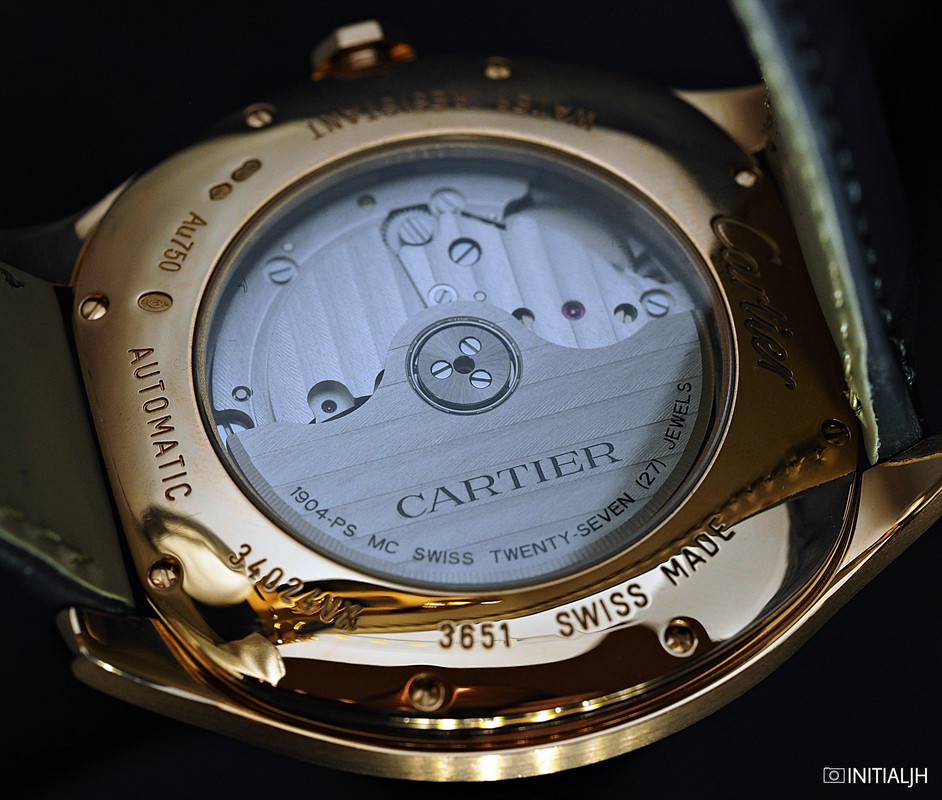 Secondly we have the model with he retrograde second time zone, day/ night indicator and large date. It uses the in-house Calibre 1904-FU MC, created in 2014 and launched in a Rotonde case. As I noted at the time, that the functions are all operated by a single crown will be appealing to many, and for those who prefer their cases in non-round shapes, you may find this more appealing than the Rotonde version. If you look at the link above, you will see that the large date, retrograde and small seconds are no longer ‘eating into’ the numerals – they have now done away with the half numbers. To my mind it looks a lot cleaner and better this way. 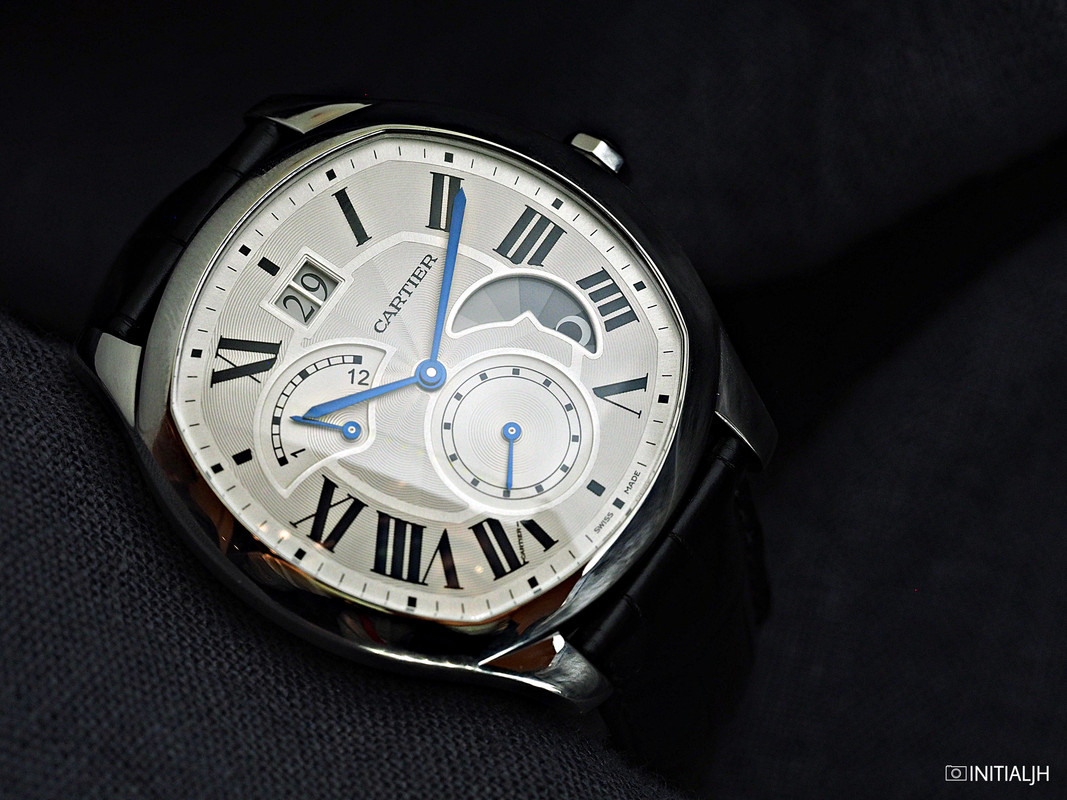 Lastly we come to the Drive de Cartier Flying Tourbillon watch, in which resides the manual wind Calibre 9452 MC. If you seem to recall Horologium writing about a Cartier Flying Tourbillon not so long ago you are not mistaken. It was in the form of a diamond bedecked Clé, 2015’s new case shape from Cartier. This one is obviously a bit more versatile to wear, not to mention a good deal cheaper, than that version. 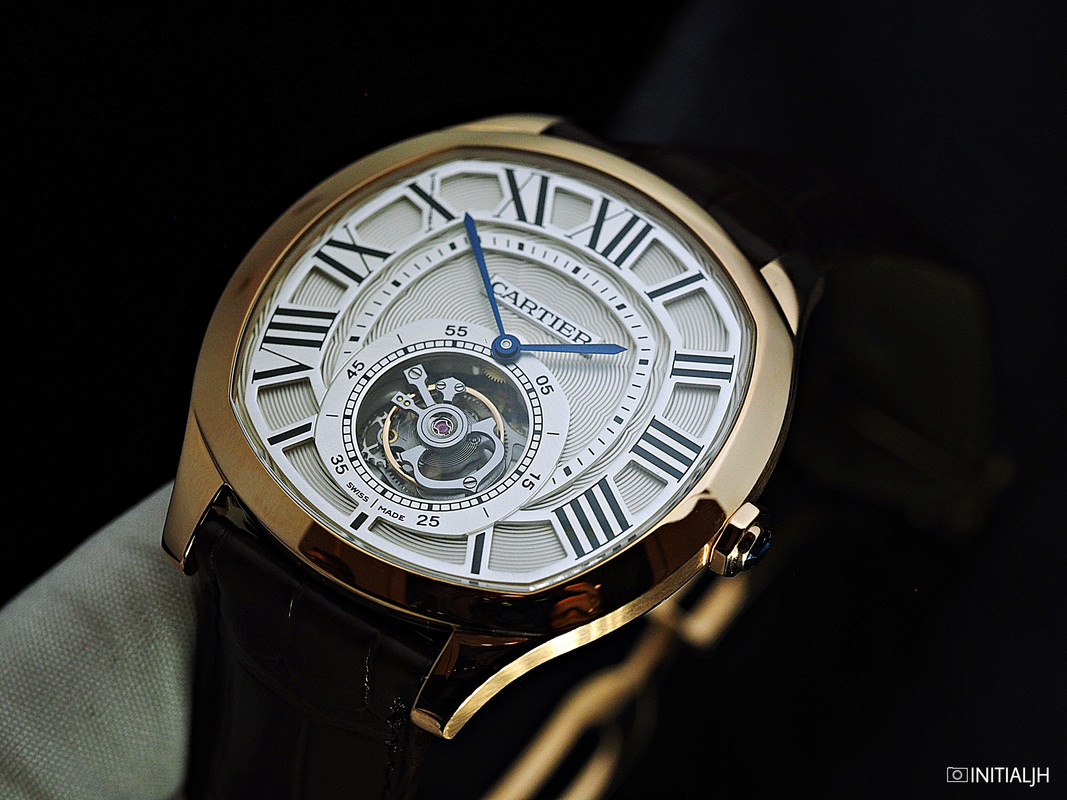 The new Cartier Drive comes with its own hashtags and a request by Cartier to “Share your drive with @Cartier on social: #DrivedeCartier #WhatsYourDrive”.

So, bearing in mind my comment from the earlier post about the positioning of that other cushion-shaped watch, what do you think?

The Cartier Drive collection will be available from May 2016. Keep an eye out at your local Cartier boutique/ authorised dealer or at this link for updates.