A little while back I attended the Sydney launch of Baume et Mercier’s tribute to the classic Shelby Cobra racing car, and got some ‘quick and dirty’ photographs of both the models, stainless steel and red gold.

When I was asked by Baume et Mercier Australia a number of weeks later whether I wanted to have the stainless steel version for a little while, I naturally answered in the affirmative. The blue stripes on the dial are subtle, had proven elusive in the lighting conditions on day of the launch, and I wanted to try and capture it. Also, I’d never really spent time with a Capeland, so it would be an opportunity to have, on a broader level, some experience with something from this collection.

Firstly, let us revisit the basics.

The dial is dark blue with a sunburst finish, and has two discreet racing stripes in a slightly lighter blue that are a reference to the Cobra’s stripes, as opposed to the car’s white stripes. The hour and minute hands reference steering wheel spokes and there is a laser-cut cobra, the Shelby logo, on the seconds hand. The chronograph sub-dials are a contrasting silver, and designed to look like dashboard gauges. 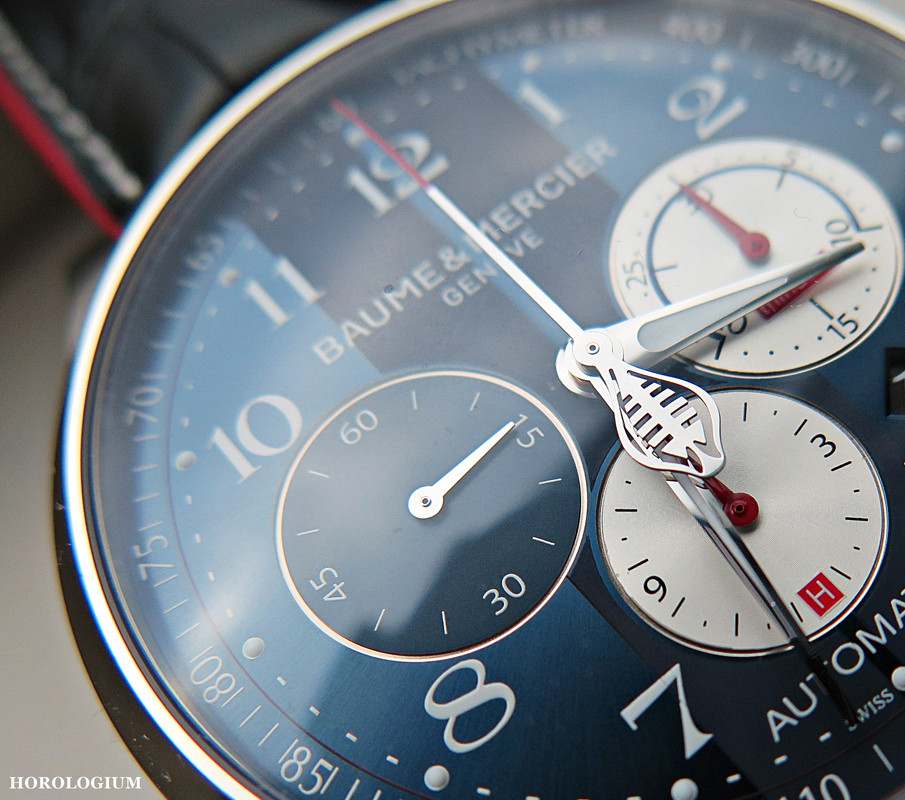 Inside this 44mm case (which is bigger than many of its Capeland siblings) is a La Joux-Perret Calibre 8120 with a 42-hour power reserve and perlage finishing on the main plate and bridges. The La Joux-Perret 8120 is a modified 7750. Its presentation is fairly utilitarian and you can see it all through the engraved case back. 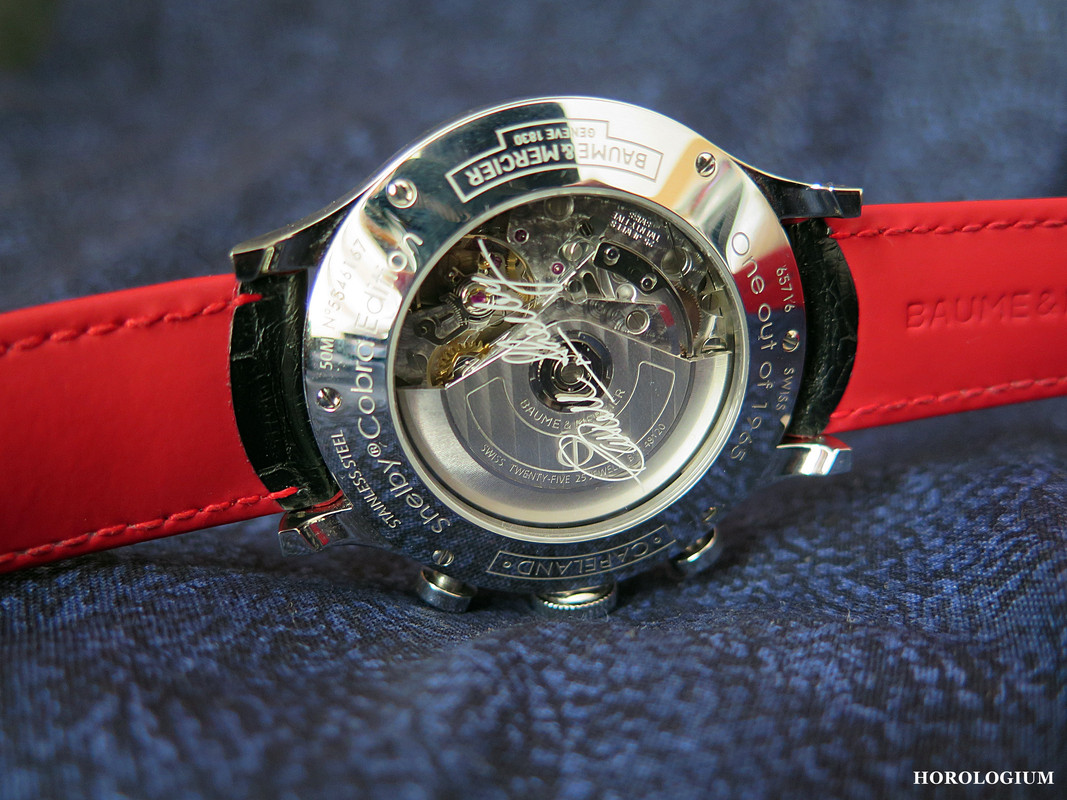 At 14.9mm it is the same thickness as other Capelands such as the 10082 and 10084, to give two examples, so for those who are familiar with the Capeland collection, you will have a fair idea of the Capeland Shelby’s heft and how it fits on the wrist. It isn’t a small watch, but if you’re comfortable with watches from about 43mm upwards, you will be fine with this watch. The play of light on the blue stripes is perhaps its most attractive features; a nice discreet reference to the tie-in but ‘general’ enough as a decorative item to have broader appeal. The Cobra logo is something that is probably going to appeal more to the Cobra fans.

In terms of the chronograph functionality and the ‘feel’ of the pushers, for the sample watch that I was loaned they were what a friend calls within the normal deviation for this movement, so for those familiar with it, there are no surprises; the reset on this particular watch was slightly smoother than the start/ stop pusher. 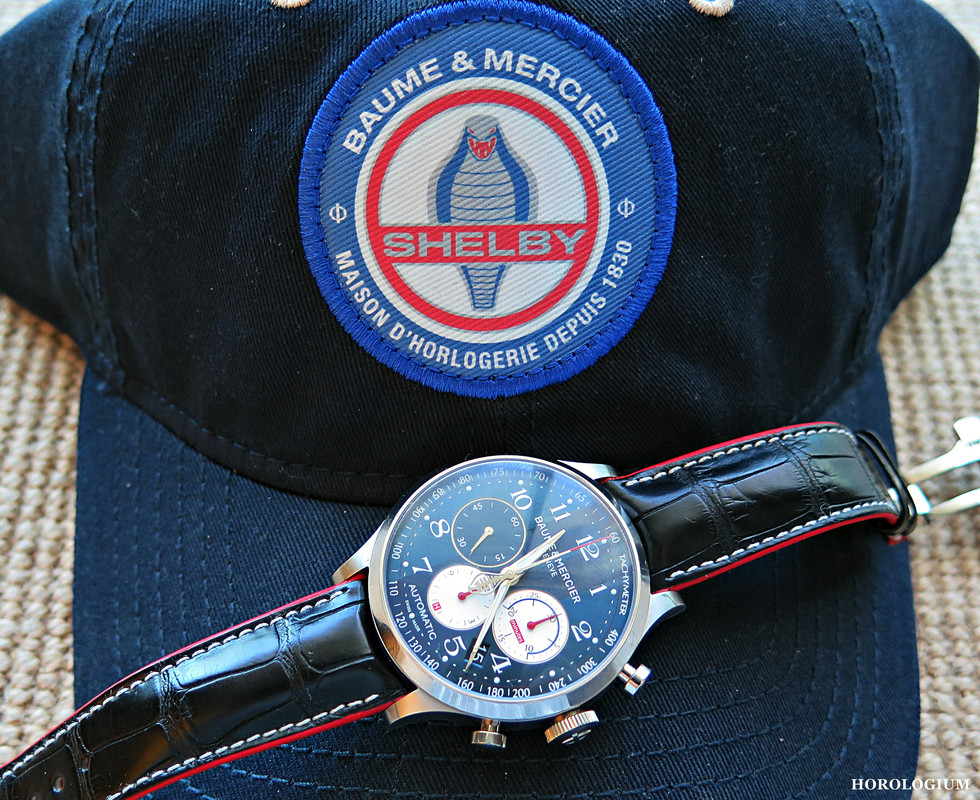 The strap is black alligator with red calfskin rubber-like lining, contrasting grey stitching and on a folding clasp. This lining is quite comfortable, and even though I tried it during winter, it struck me that makes it would be particularly good for warmer months for wearers for whom the combination of heat, perspiration and leather is an issue.

Perhaps the Capeland Shelby Cobras are aimed foremost at owners and admirers of the cars after which they are named, but with the exception of the cobra on the seconds hand, the other references are discreet enough that the watch will probably have broader appeal on purely design grounds. For those who have been interested in getting a Capeland but been wanting something slightly different, you may want to take a look.

An important thing to note is that the stripes are only as clearly defined as they are in this photo under certain lighting conditions, at certain angles. At night, for example, or in a dark restaurant, they can barely be seen. 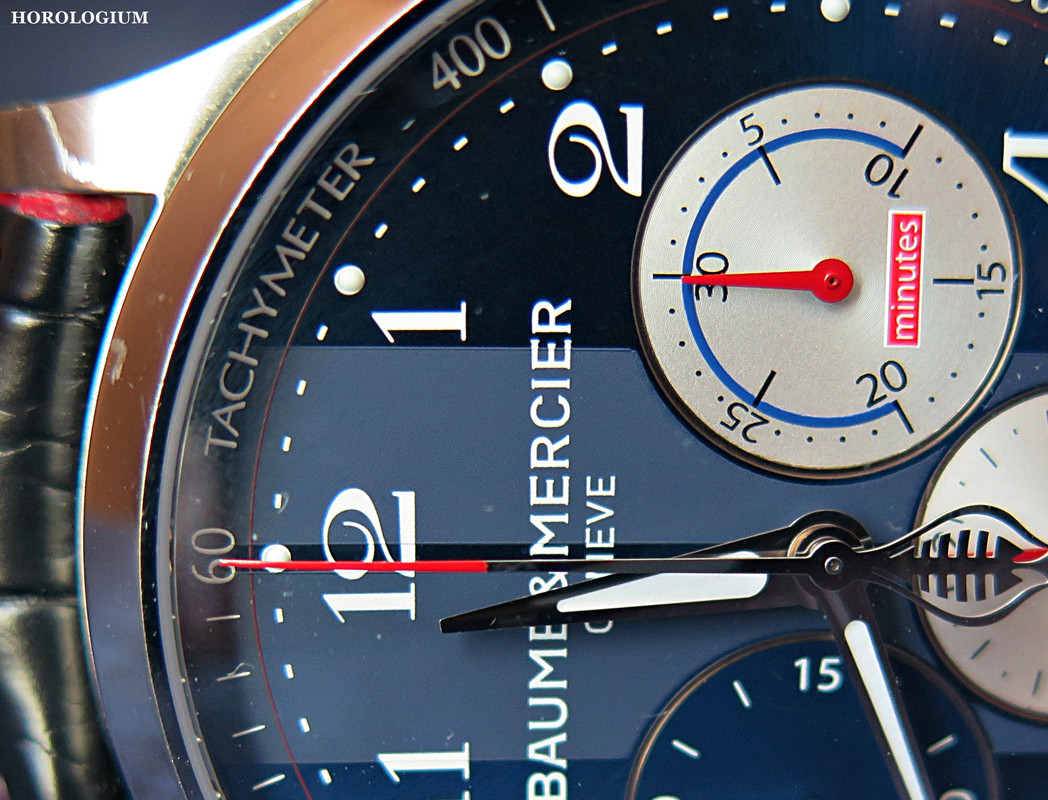 Watches of Switzerland is the exclusive Australian retailer for the Capeland Shelby Cobras, and the RRP is $5690.