This year Cartier has introduced an attractive new skeletonised version of their Astrotourbillon using the Calibre MC 9461, which is an skeletonised version of the caliber MC 9451. This ‘squelette’ model features a tourbillon cage that circles the dial once every 60-seconds. The arrow-shaped balance bridge points to the chapter ring as it rotates to indicate seconds.

The case is 47mm in diametre and the movement is held in place by three supports from the main plate, two of which are in the shaped as the 6 o’clock and 12 o’clock Roman numerals, making the movement ‘suspended’ as the carousel tourbillon rotates.

It’s all about negative space around the movement for this piece unlike some other skeletonised watches, but the negative space is nowhere near as marked as that for example, in Thomas Prescher’s Mysterious Double Axis Tourbillon. 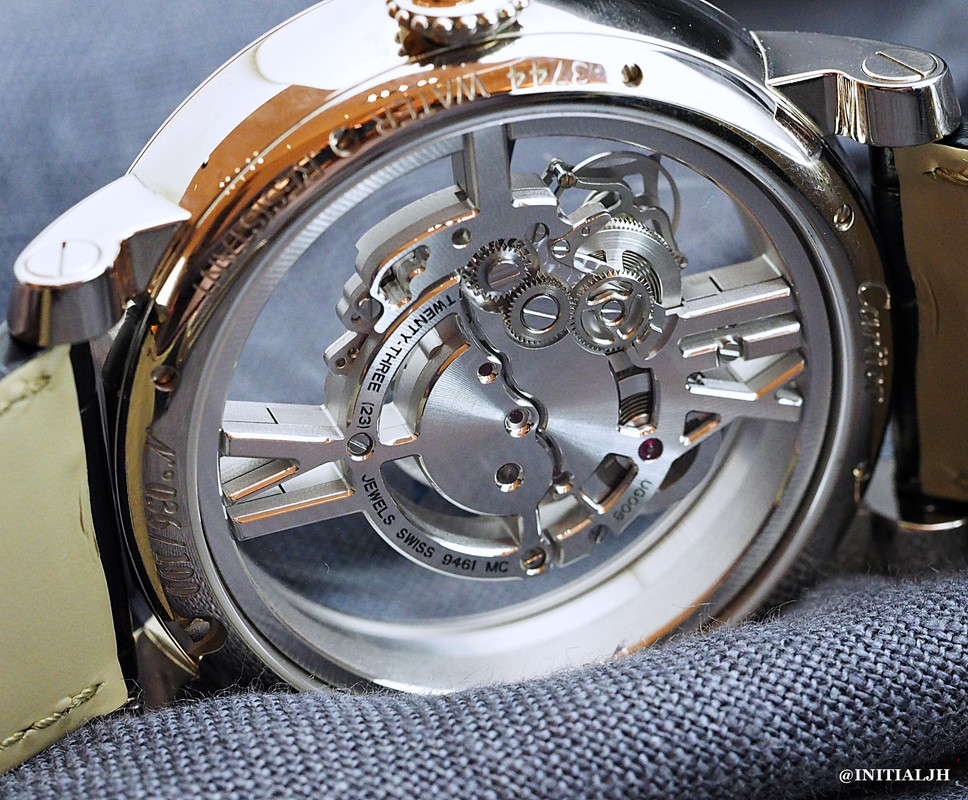 Just in case someone asks and you can’t remember the movement calibre, it is hopefully noted on the back. The bridges visible from the back of the case are made of titanium, the mainplate at the front, German silver.

This is a sleek modern looking watch and an impressive variant.