Romain Jerome’s fondness for using bits and pieces of things in their watches is well established. They like to choose historically significant events but veer into popular culture as well. At the end of last year they added to their collection of ‘Historical Icons’ collaborative pieces with the Berlin-DNA model, which I had the opportunity to see at Romain Jerome in  Geneva in January.

For this new watch the collaboration is with The East Side Gallery. Siutated in Berlin, the East Side brought together one hundred and eighteen artists from worldwide to pain the 1.3km along the east side of the Berlin Wall, creating the longest open-air art gallery in the world in the process. Romain Jerome’s partnership involves both this new limited edition (twenty-five pieces) watch and a contribution of proceeds from the sale of the Berlin-DNA watches to the preservation of the East Side Gallery. 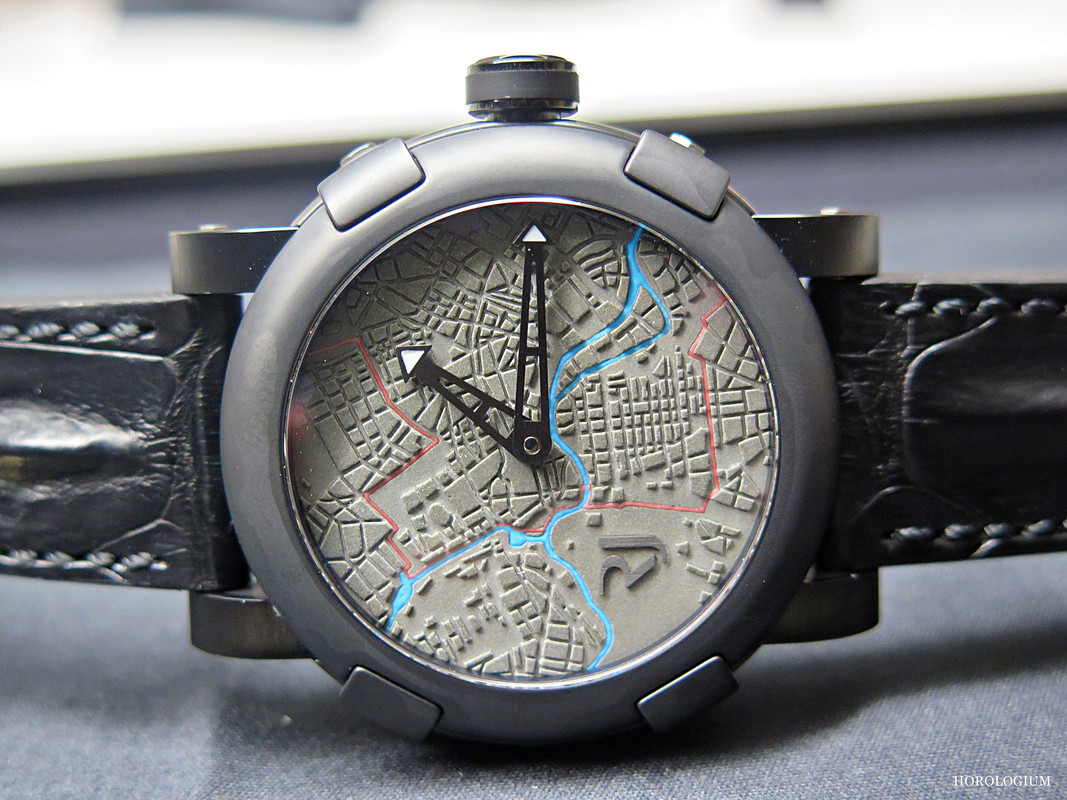 The Berlin-DNA watch is in a 46mm black PVD-coated steel case with a black ceramic bezel. The dial is a depiction of the part of Berlin in which the wall (in red with green Super-LumiNova) is situated. The blue represents the Spree River. As one would expect from a watch of this name from Romain Jerome, there are fragments of the wall incorporated into each piece, donated by the East Side Gallery.

The back of the watch depicts one of the East Side’s most famous paintings – ‘The Brother Kiss’ by Russian artist Dmitri Vrubel, inspired by a 1979 photo which showed the then Soviet leader Lenoid Brezhnev greeting his East German counterpart Erich Honnecker on the occasion of the 30th annivesary of the DDR. 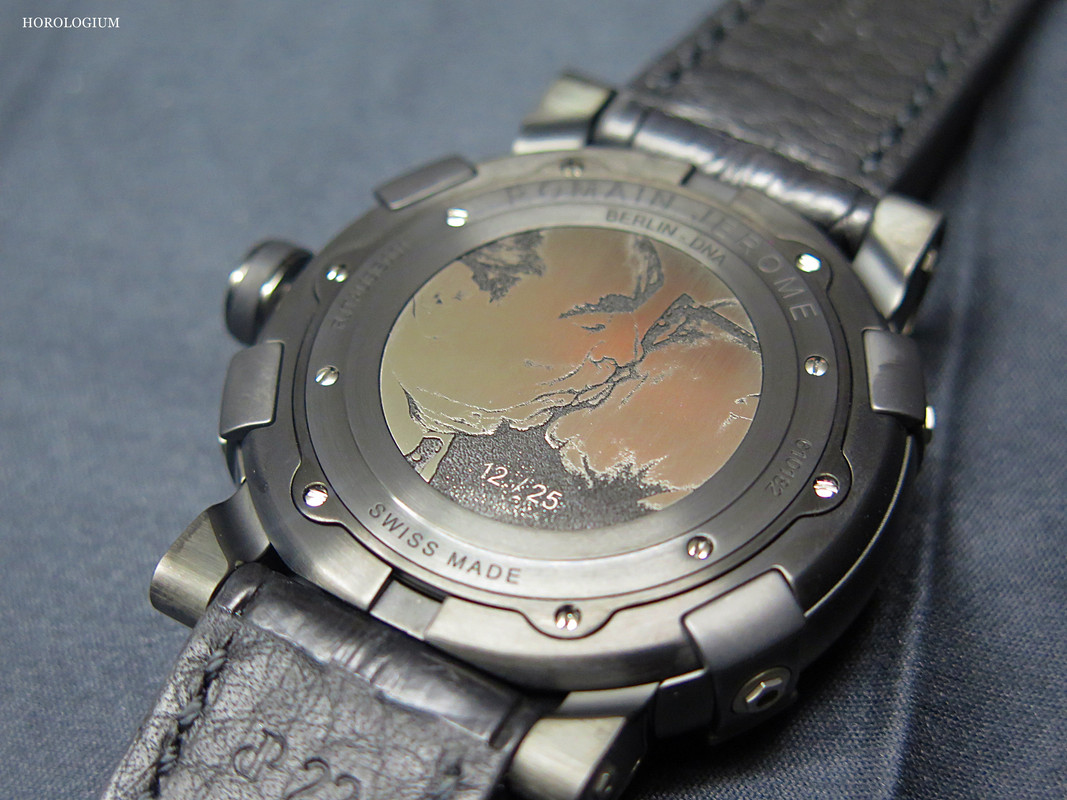 The Berlin-DNA comes on an alligator strap with a black PVD buckle. Inside is the automatic Calibre RJ001-A with a power reserve is about 42 hours.

‘Low key’ isn’t a term generally associated with Romain Jerome’s pieces, but insofar as one can have a discreet Romain Jerome themed watch, this is probably it. The subject matter and realisation are less ‘out there’ than many of their other pieces, even their whimsical ones such as Pac-Man and Space Invaders.

Those of us who are old enough to recall the fall of the Berlin Wall will no doubt be startled at the discovery that it was a quarter of a century ago.