Early this year Roger Dubuis announced a new limited edition Excalibur model called the ‘Brocéliande’, a skeletonised flying tourbillon that was to be the first part of a trilogy of limited editions of the same name. A 42mm pink gold watch with 3.44 carats of stones, it is characterised by the use of semi-precious stones in autumnal colours set as foliage into the skeleton, and a vibrant matching red strap. The skeletonised tourbillon movement used for this piece is the Calibre RD505SQ. 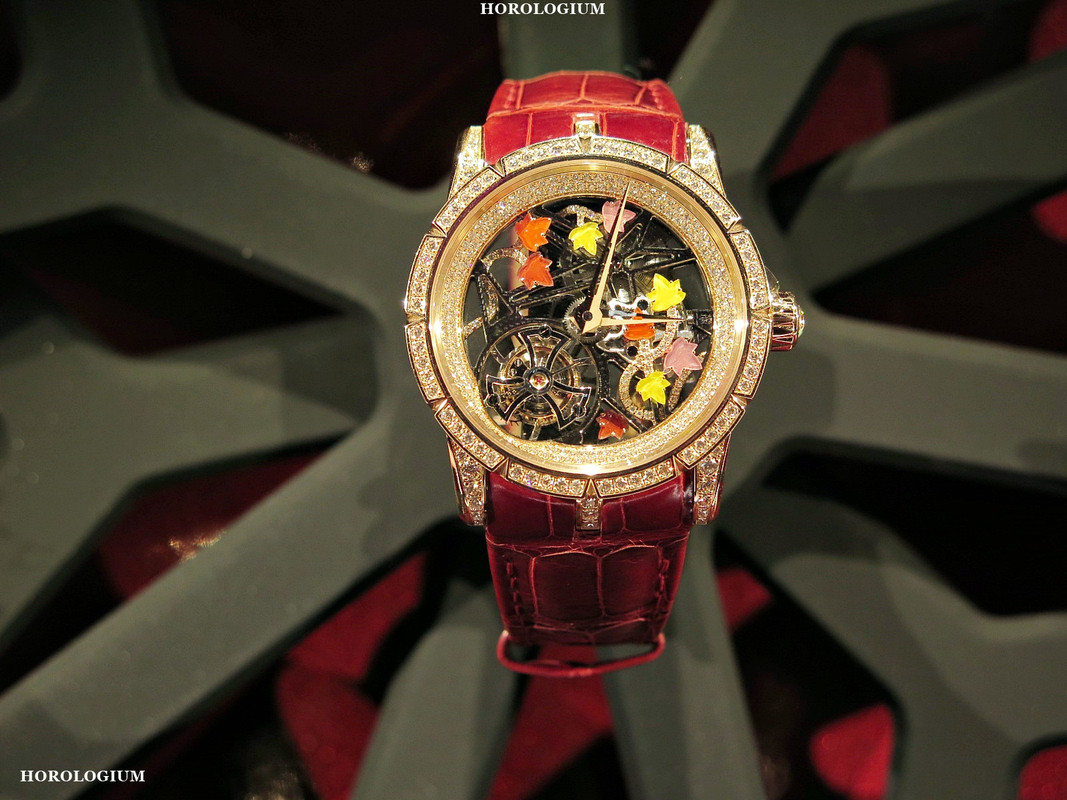 At Watches & Wonders 2015 not only was this watch on display, but accompanying it were the two remaining parts of this special three-piece limited edition series. 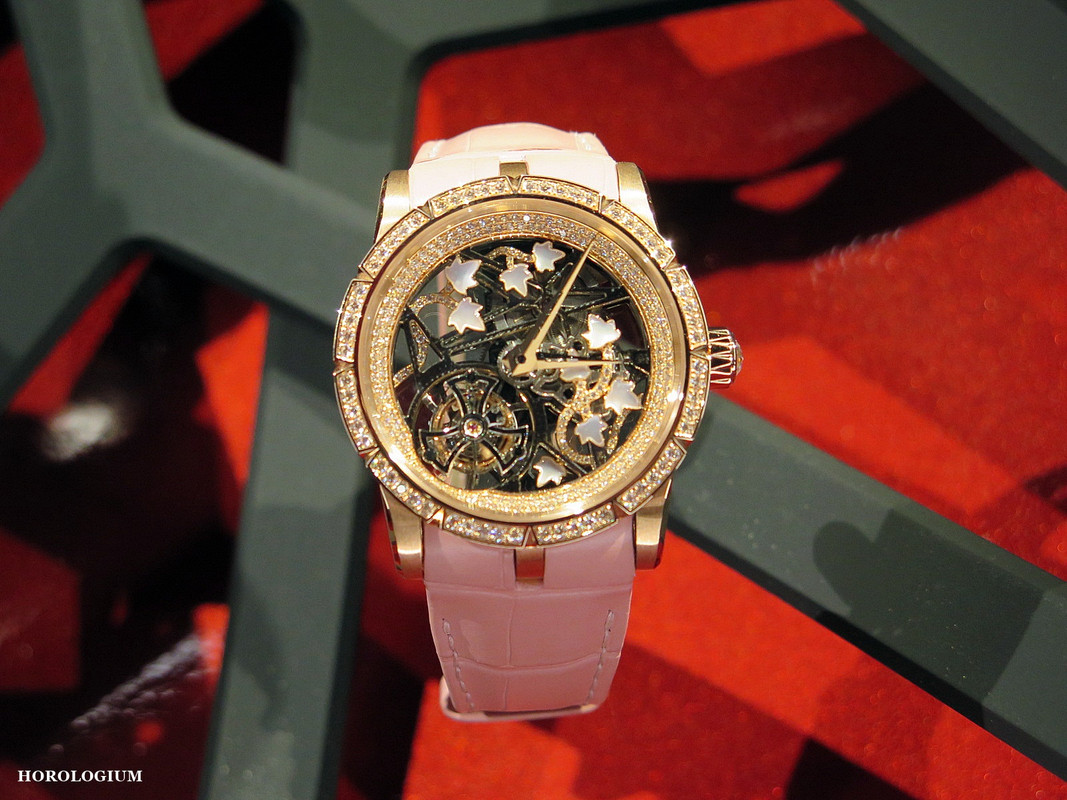 We took a closer look at one of the three. With bezel and lugs both with baguette-cut diamonds, it shares a similar base to other Roger Dubuis models such as their diamond-set rubber watch from earlier this year which also uses the same movement – the RD505SQ flying tourbillon skeleton movement. Manual-wind, it beats at 21,600VPH and has a power reserve of sixty hours. 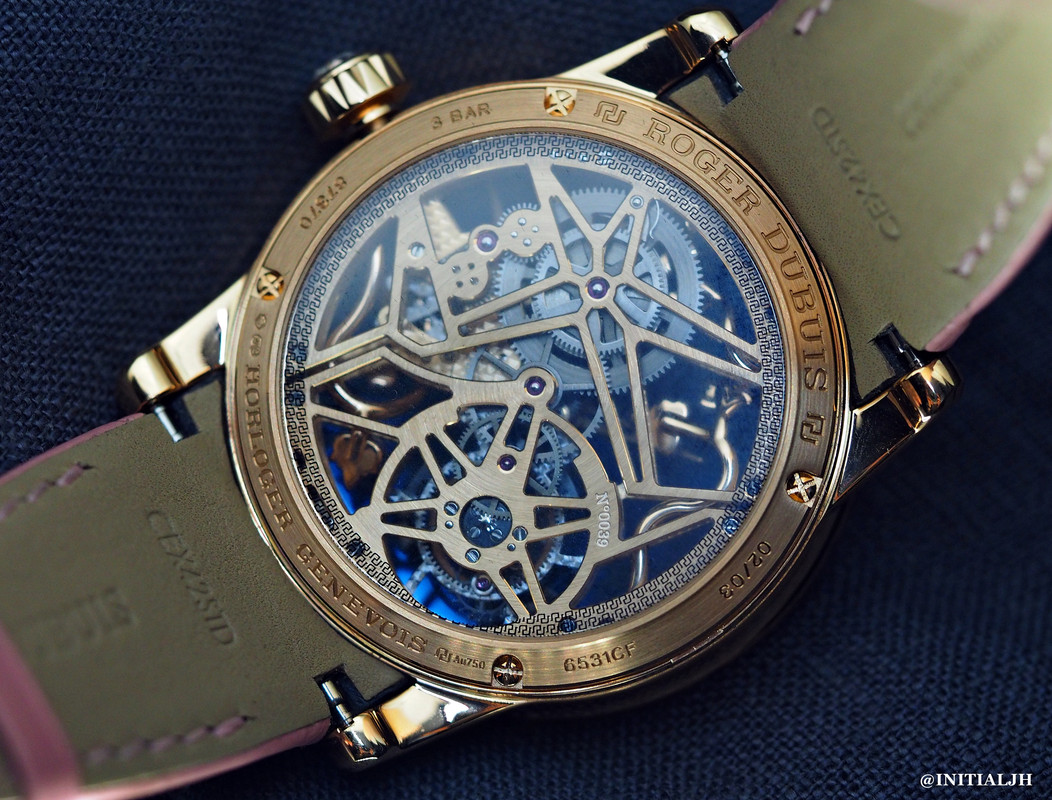 In this new model there are pink and purple leaves composed of brilliant-cut diamonds and semi-precious stones along slender gold wire diamond-set ivy branches. It comes on a matching pink alligator strap which has a clasp paved with 32 baguette-diamonds. It’s also worth noting that there is a rose-cut diamond set on the crown. 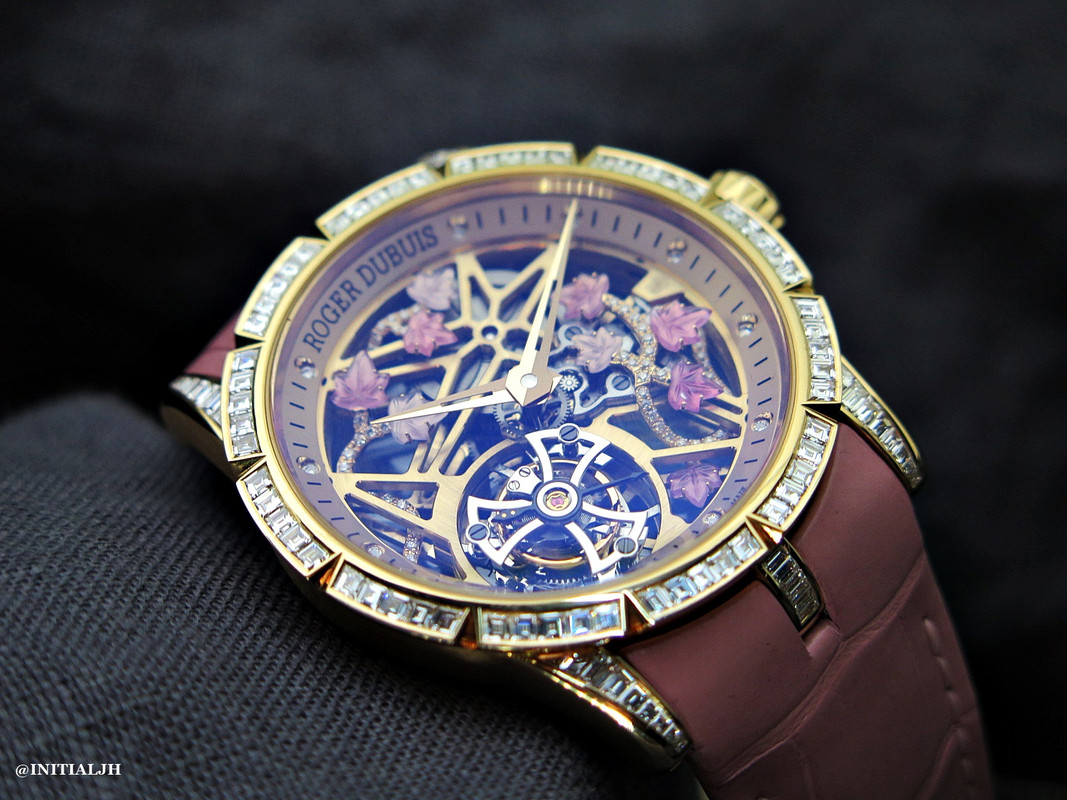 So what actually is ‘Brocéliande’? Well it has a link to Arthurian legend and hence, the ‘Excalibur’ theme.

Brocéliande is the name of a legendary forest in France, probably Brittany, in which Merlin’s tomb is purported to lie. Its first mention in literature dates back to 1160 and a history of the Dukes of Normandy called the ‘Roman d Rou’ in which it is called ‘Brecheliant’ and the Brittany area is mentioned. It is also referred to in other early texts dating back to the 1100s and its links to Arthurian romance date back to ‘Le Chevalier au lion’ (Chrétien de Troyes) in the the 1170s and 12th and 13th century poems. It is even mentioned by Alfred Lord Tennyson in ‘Merlin and Vivien’ from ‘Idylls of the King’. 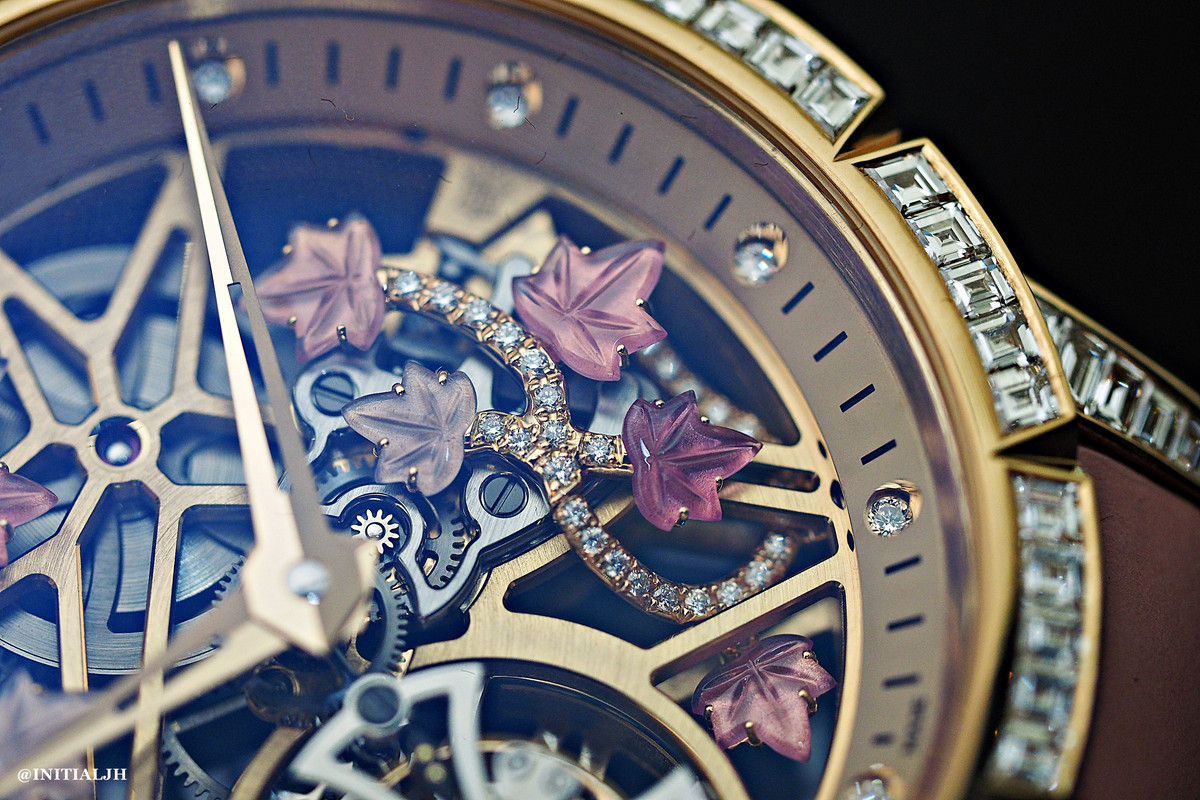 Ivy grows in a rather healthy fashion in the forests of Brittany, and it is this that Roger Dubuis have chosen to use as their decorative touch. It is good to see a movement not being restricted specifically to men’s pieces; the skeletonised Excaliburs are watches with a very strong presence with a clear aesthetic, so this is their attempt to soften their look for some haute women’s pieces. 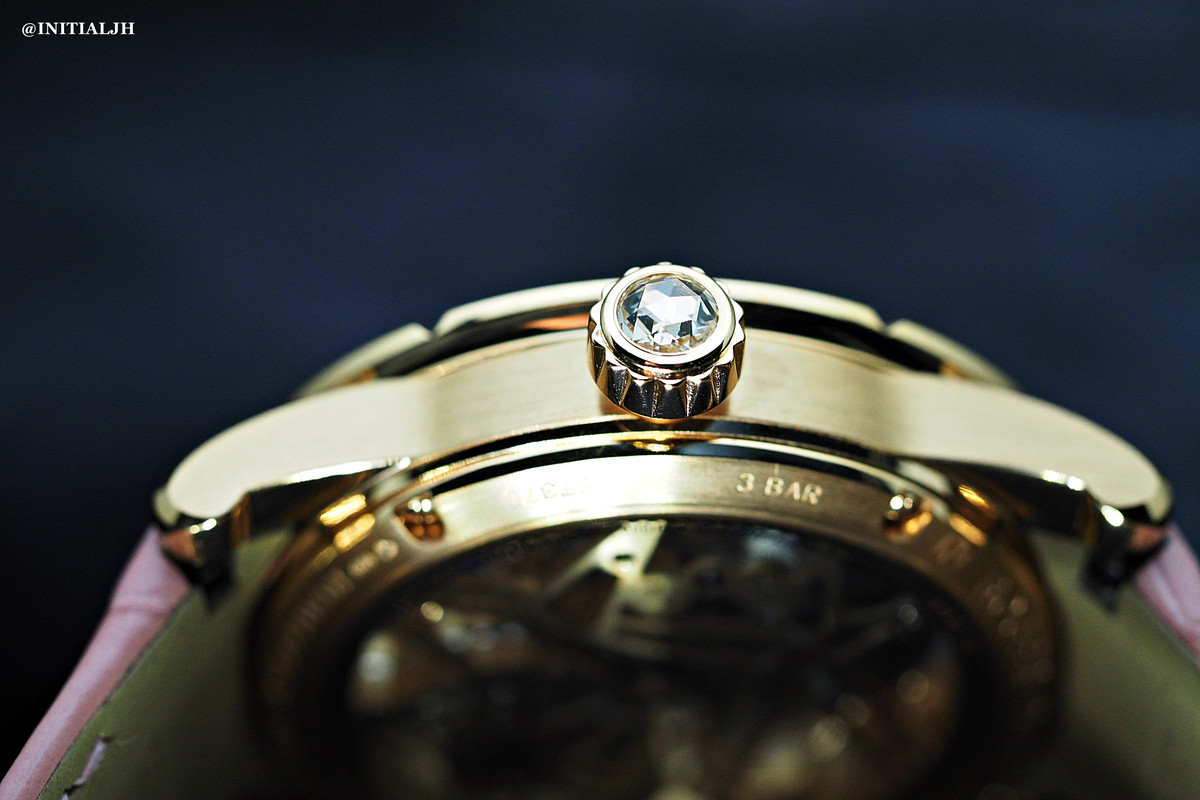 Each of the three Brocéliande models are in a limited edition of twenty-eight pieces.