My first SIHH 2014 post is about this watch. Why have I chosen this one to be the first? Well because it’s not only the one that I was asked about the most pre-SIHH and at the beginning, but also because I know owners of other 1931 Ultra Thin iterations and naturally, they are curious.

If you are reading this post then the chances are that you know about Jaeger-LeCoultre’s 180th anniversary last year, and you will know about other colours such as the Reverso Rouge. You will also know that this updated version of the original Reverso is a pretty faithful one, including the colour choice, but for its more modern dimensions. 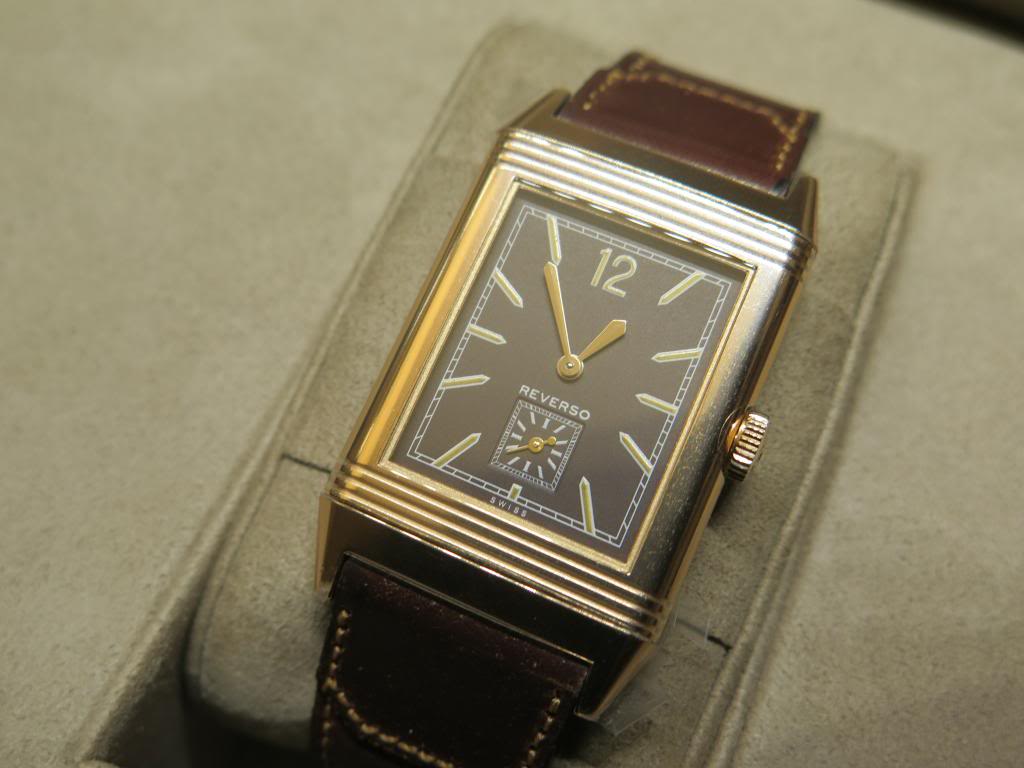 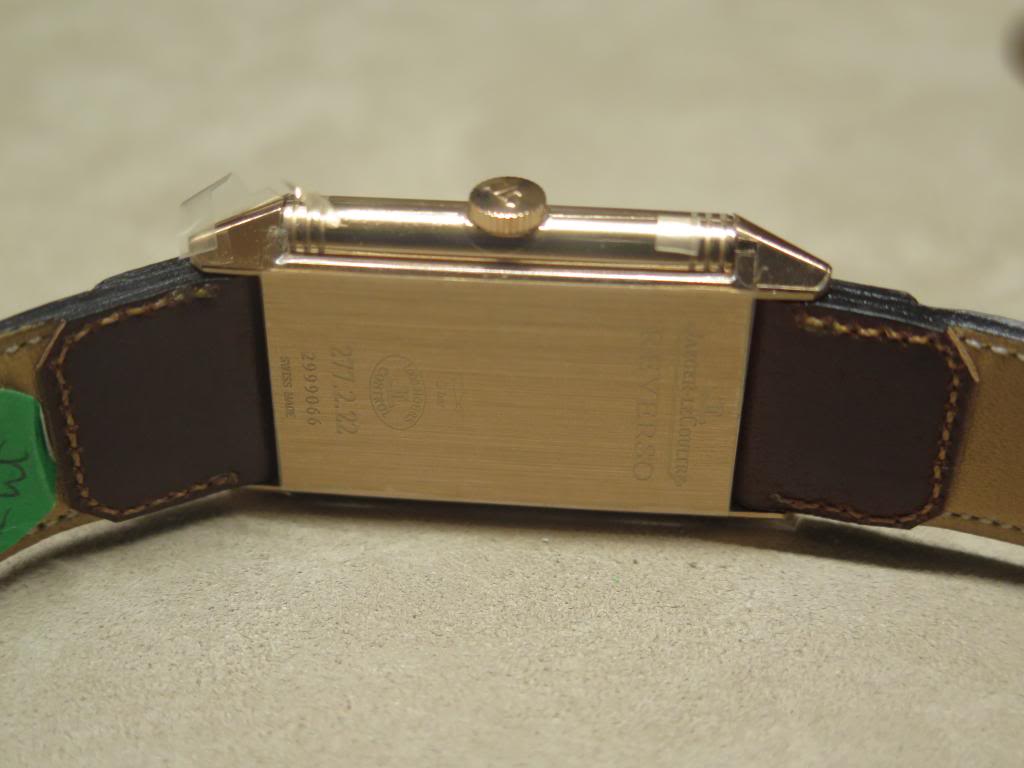 The chocolate brown dial is offset by baton-style gold plated hands, and the dial’s colour is matched to a Casa Fagliano strap that you can see in the photos. So what about the brown? It is a deep brown but not overly so, one of those occasions where saying that something is ‘chocolate brown’ actually means that it looks like chocolate brown. The strap’s colour is a spot-on match for the dial, and its stitching and design give it a more sporty look than its predecessors, as well as being a discreet nod to Casa Fagliano’s boot and polo heritage.

If you are familiar with the Grande Reverso 1931 then the colour will be what you are interested in, as you will already have an idea of size. I can tell you that it is dressy model, but not too much so – it can be dressed up and equally, suits (as shown by one person who was trying it on) a smart casual look, including with a dark blue jacket.

For those who have not handled these models they are, as the name indicates, ‘ultra thin’. They sit snugly and closely to the wrist, and even though the measurements may sound long, the watch’s thinness makes it seem smaller, and it sat well even on someone’s 6.5in wrist. 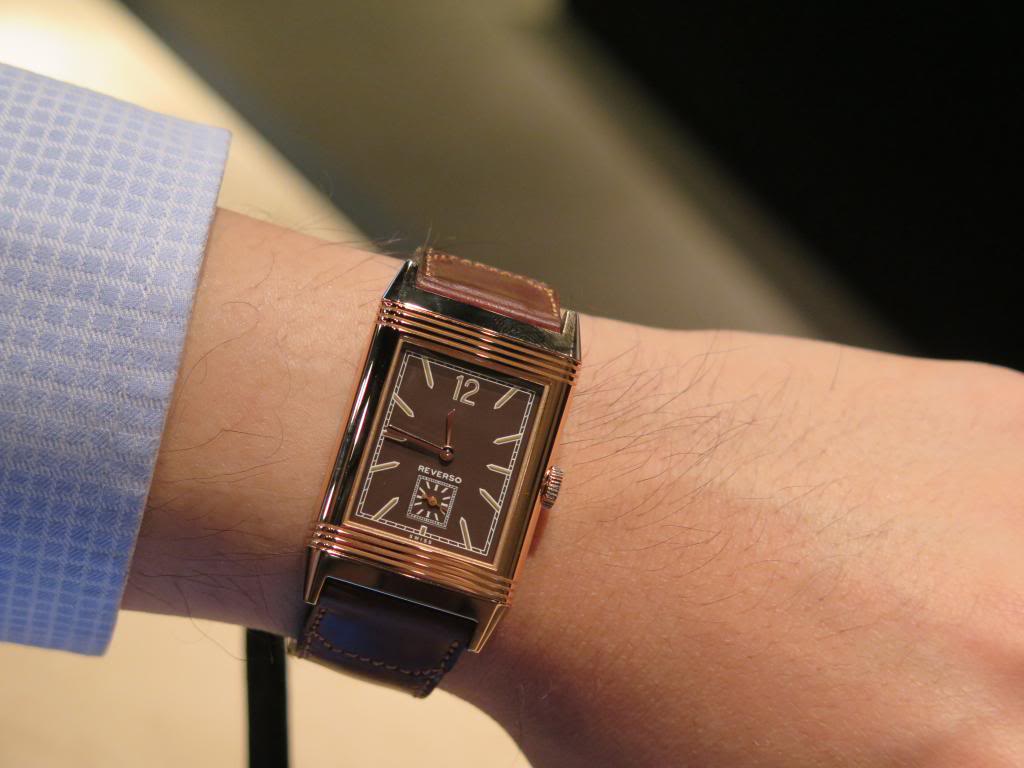 In summary, if you’re a fan of these 1931s then you are probably going to like this one. It’s an elegant and eminently wearable piece, with versatility. If you are one of those enthusiasts who like the brown dial-rose gold combination, then you have another option to consider.