Last year Roger Dubuis introduced an update of the Excalibur Double Tourbillon, featuring a number of changes about which you can read about at that link. Now, there is a new variation on the 2021 watch, in black ceramic. 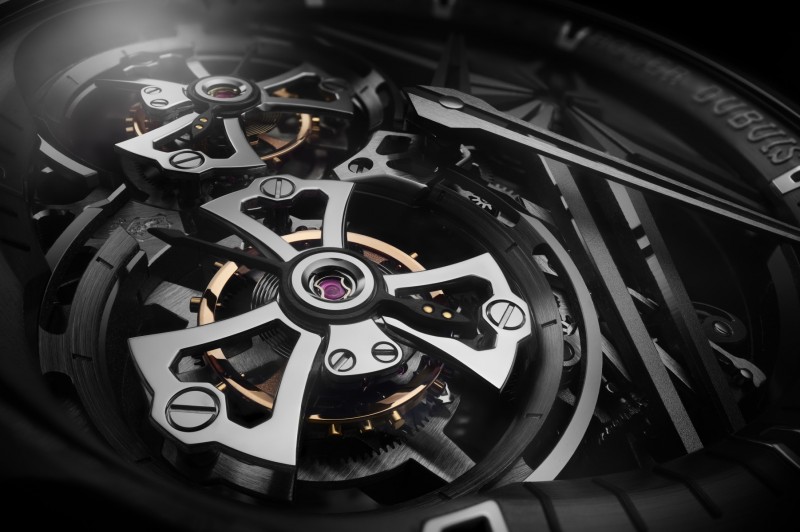 Limited to twenty-eight pieces, the Excalibur Double Tourbillion Black Ceramic is in a 45mm case with a gray flange, an engraved minute track, and rhodium-plated hour markers with Super-LumiNova. The Roger Dubuis star is prominent at 12 o’clock, and the movement is clearly visible through to the sapphire crystal on the black titanium DLC open case back. As we noted last year, the revamped Excalibur Double Tourbillon featured a number of changes, including the star-shaped bridge now placed freely above the barrel. The weight of the two one-minute flying tourbillons was reduced via their lower cage being made of titanium and upper, in mirror-polished cobalt chrome. This weight reduction plays a part in the increased power reserve for the manually-wound Calibre RD108SQ, which beats at 21,600 VPH and features shot-blasted and circular-grained finishing on the main plate and an NAC-coated bridge. 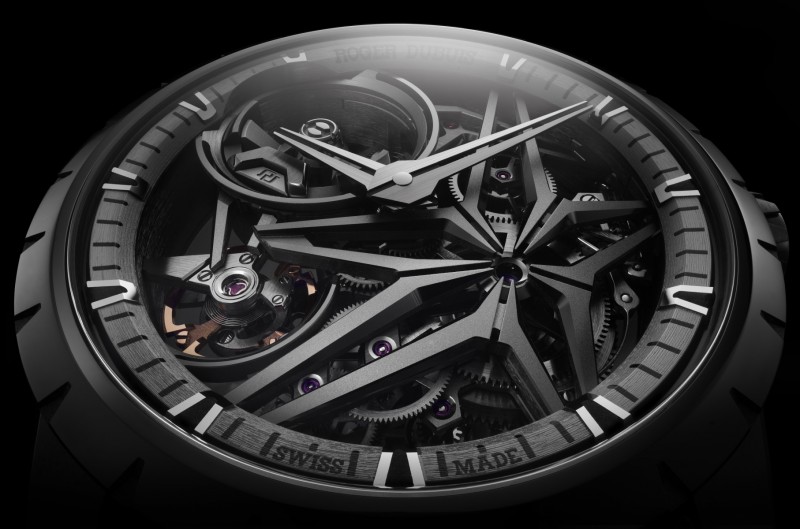 You may recall that at Watches & Wonders 2022, Roger Dubuis introduced its then newestExcalibur Monobalancier in two variants, both in a 42mm EON GOLD™ cases. Now, the same model is in this new black ceramic case, in the same size. 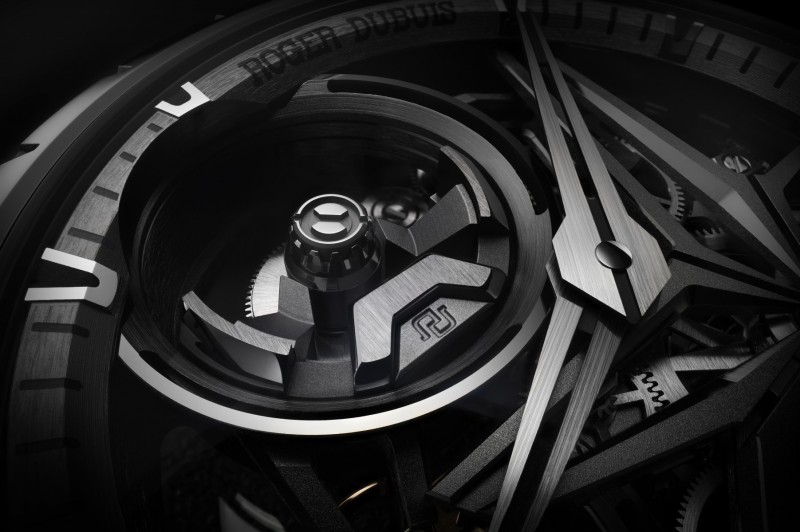 Unlike the Double Tourbillon, this is not in a limited edition but will be part of the regular collection line up. The movement is the same automatic RD 720SQ as the launch model, with a micro-rotor featuring the Dubuis logo, beating at 28,800VPH and with a power reserve of 72 hours. Finishing includes sand-blasted and satin-brushed surfaces.

It comes on an embossed black calf-leather strap featuring the QRS, and has an RRP of AUD 97,500.