Back in 2020, Ulysse Nardin announced their Diver NET Concept Watch. It was a watch whose 44mm case, middle, back and bezel was made entirely from recycled fishing nets by French company FIL & FAB, who obtain their ‘raw material’ by placing bins in harbours into which fishermen can deposit broken nets. These are collected, after which the polyamide threads are removed, crushed, refined, and turned into pellets (Nylo®) which can then be turned into something else.

It was the first time the FIL & FAB product had been turned into a case, and the glass was ceramic rather than sapphire, the process for which was developed in-house. The strap was made from PET plastic and manufactured by Swiss company Tide.

As noted at the time, the Diver NET was not just a concept piece, but seen as the precursor to a production model.

Now, we have a follow up – The Ocean Race Diver (aka Diver X Ocean Race), a diver with its case, back, bezel and strap made from recycled fishing nets. 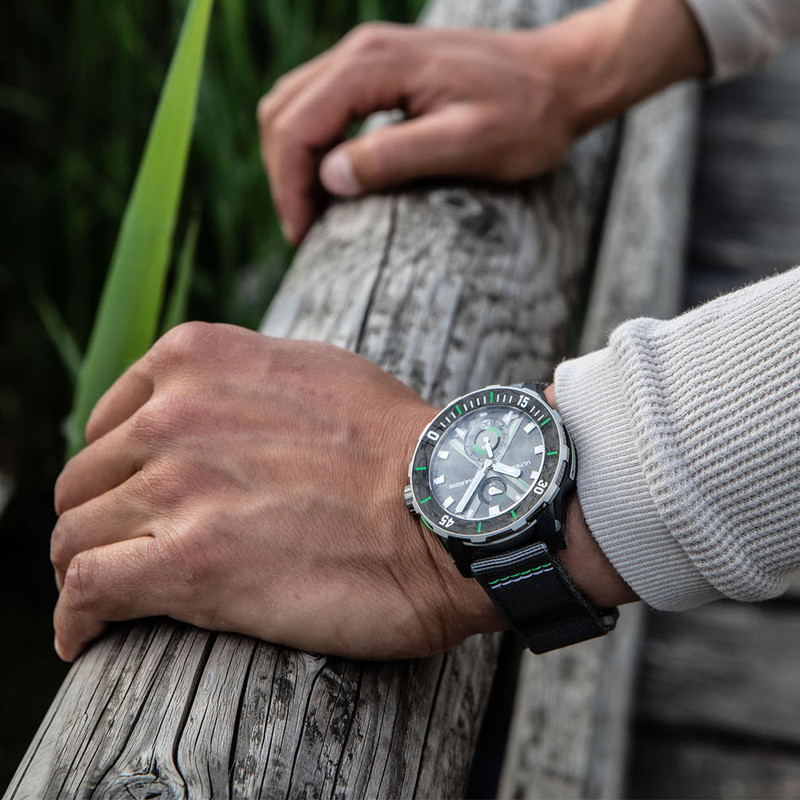 What is The Ocean Race? You can read more about it at their website, but some of you who may not follow ocean racing may have heard of it in times past as the Whitbread Round the World Race. It is what the old name states – an ocean marathon.

With its inaugural race in 1973, The Ocean Race has provided the ultimate test of a team and a human adventure like no other. Over four decades it has kept an almost mythical hold over some of the greatest sailors and been the proving ground for the legends of our sport.

The first leg of the 14th edition of The Ocean Race will start on 15 January 2023 from Alicante, Spain, and Ulysse Nardin is its ‘Official Timing Partner’, and in addition it will also be involved in the 24 hour Speed Challenge.

Unlike the 2020 Diver NET, whose case was just Nylo®, the new Diver’s 44mm case (water resistance of 300m) uses Nylo® (60%) and Carbonium® (40%) for the case’s side and case back (suppliers: Lavoisier Composite and FIL&FAB, France). The unidirectional bezel decoration is 100% Carbonium®. Other steel components, such as the case back, are made from waste materials from the automotive industry – the steel from Austrian company Voestalpine Böhler is at least 80% recycled.

The strap is grey with green and white stitches, and made from 100% recycled fishing nets provided by JTTI (France), who turned it into yarn. 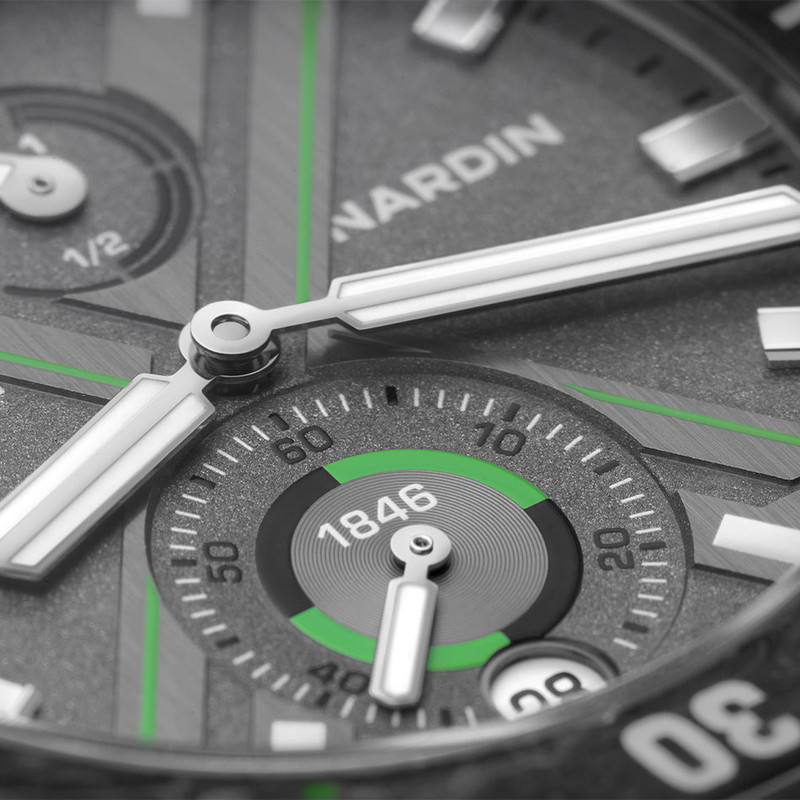 In a combination of white, gray and black, the dial is thankfully of a more muted tone than that of the Diver NET – the large ‘U’ and ‘N’ have gone and the dial surface is a grey with textured anthracite treatment. The double X is stamped with half matte and half satin, finishing. 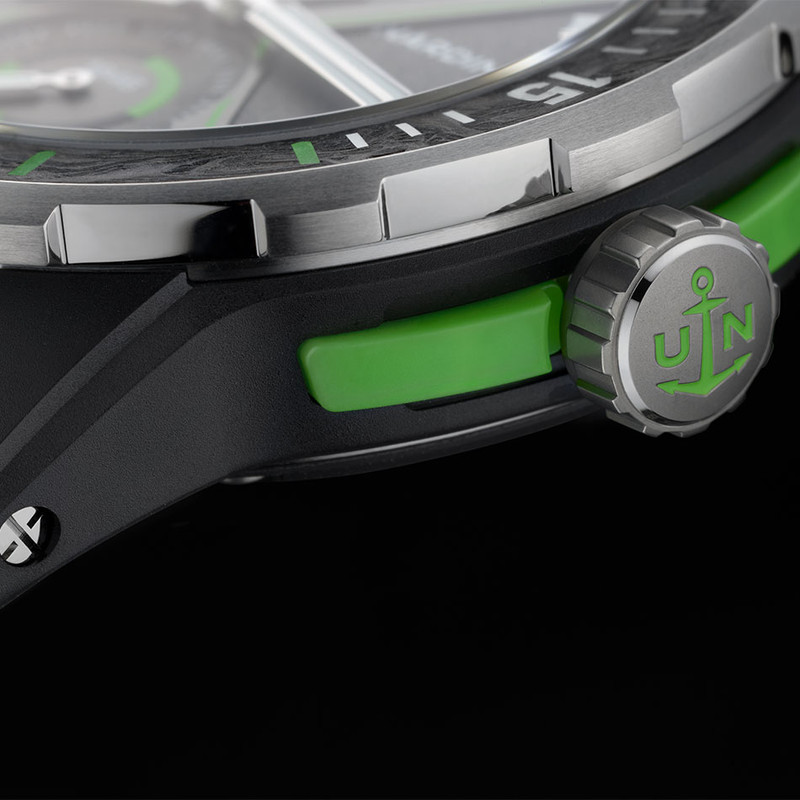 Nonetheless, there are still touches of the bright green that was in the Diver Net Concept, such as the markers on the bezel, within the double ‘X’, the power reserve indicator at 12 o’clock, small seconds at 6 o’clock, the brand logo on the crown, crown protector, and strap stitching. The dial also features green Super-LumiNova on the markers. 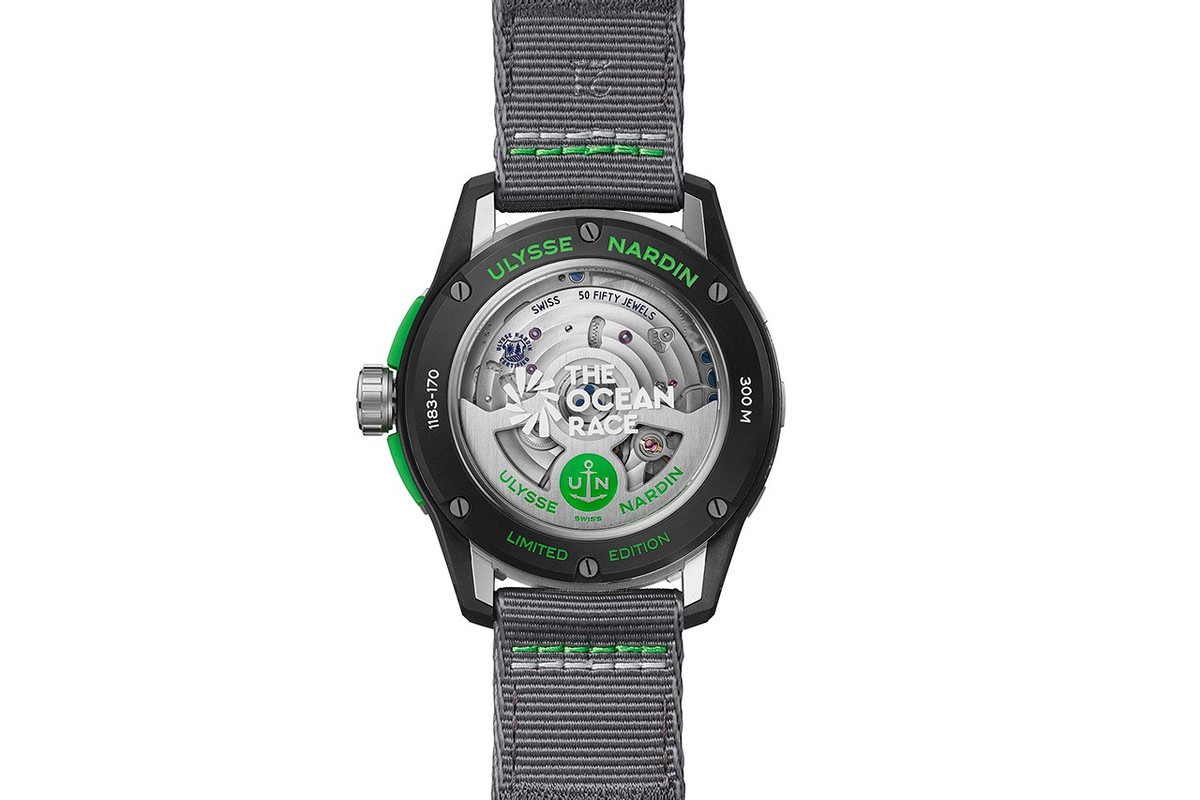 The movement is the Calibe UN-118, which beats at 28,800 VPH and has a power reserve of 60 hours. Ulysse Nardin make a point of mentioning that 95% of its components are sourced within a 30 km radius of the Manufacture, half of them coming through recycled product channels (recycled steel and brass – all of Ulysse Nardin movements make use of recycled brass).

Available from June 2022 with an Australian RRP of $14,100, the Ocean Race Diver will com in a water resistant R PET pouch in a Helly Hansen (official clothing supplier) dry bag made of recycled material. 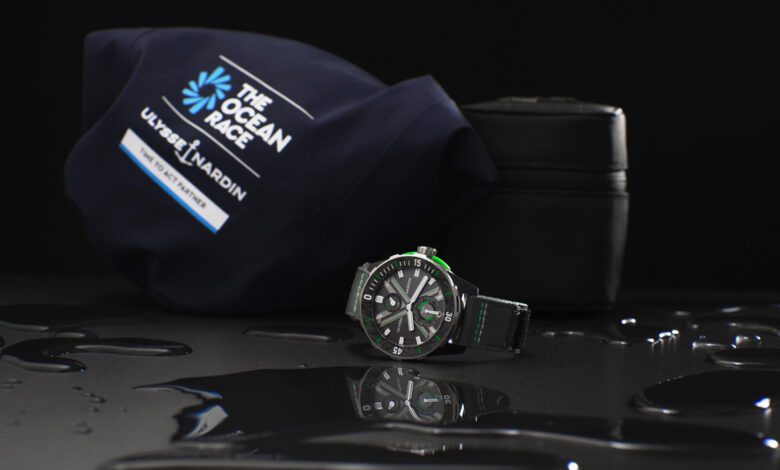 I recently wrote in my post about the new Panerai Submersible QuarantaQuattro and as I have mentioned before with regards to Panerai, in the Italian brand’s drive towards more sustainable production of watches, they are attempting to encourage others not just by example but also by being open about their sourcing, so that others, perhaps, may realise that there are other options, and who these options are from a manufacturing perspective.

In also being open about the source of their recycled material, Ulysse Nardin is following down the same path, and this can only be a good thing.