Their Resonance Clutch Spring is a flexible suspension connecting the two hairsprings with its balance wheels. The Zeitgeist places it in a new movement – the in-house manually-wound Calibre ARF21_ZG which, along with the patented clutch spring, also has two mainspring barrels for the two independent regulating systems connected by the clutch spring. Made of German silver, steel and brass, it beats at 25,200VPH and has a power reserve of 80 hours. 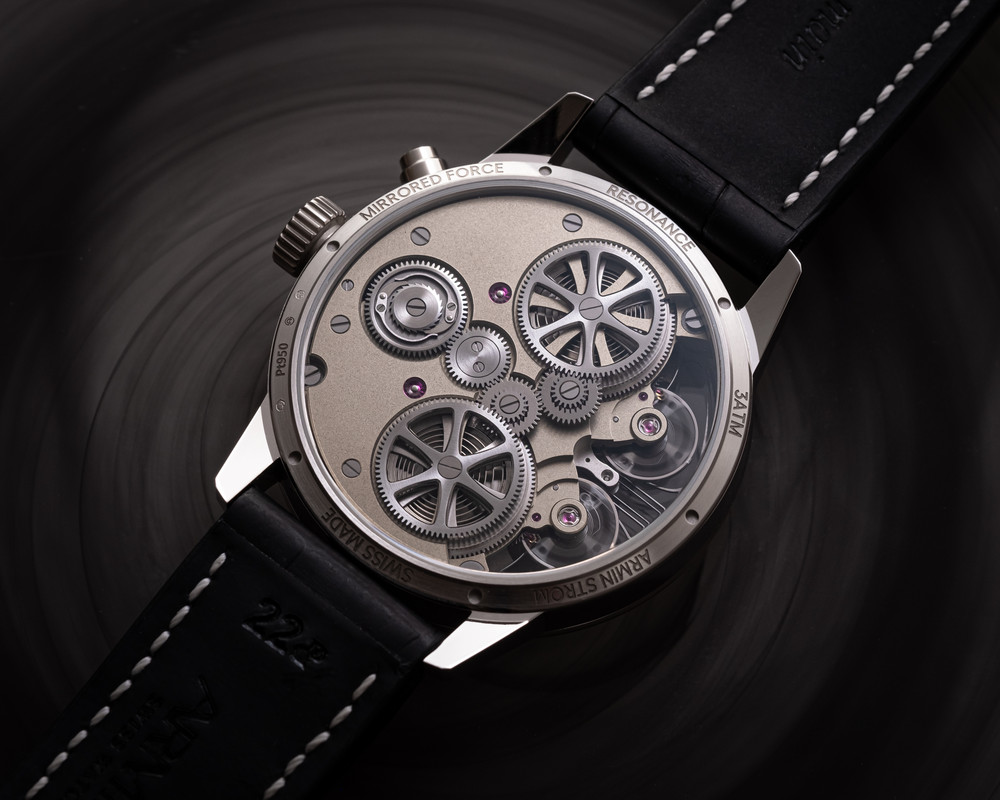 Resonance is valuable for consistency in regulating rate precision. It occurs when two suspended pendulums of the same frequency swing in the same plane i.e. when the two oscillators are beating in sync and find a rhythm. A mechanical system exhibits its greatest amplitude when coupled oscillators (mounted on a common structure) are tuned at the same frequency, or synchronised. In theory, this provides for much greater stability of rate because the two independent mirrored regulating systems balance each other out. 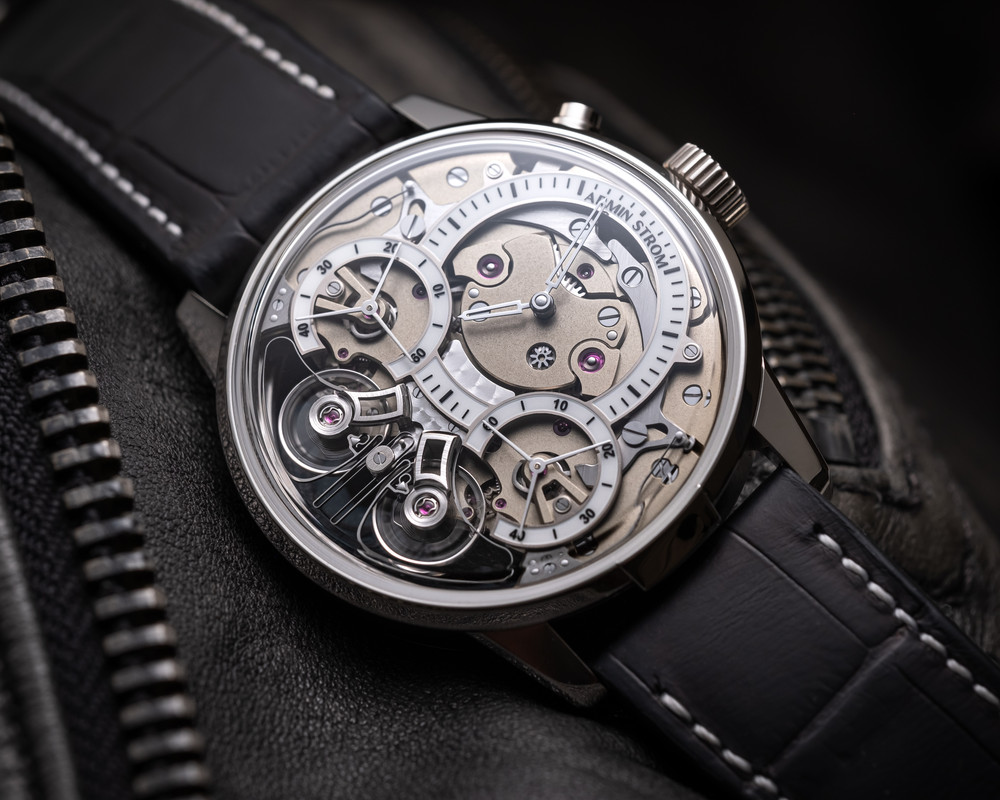 The open-worked dial is white gold “vernis laqué poli” and the hands are stainless steel. The expansive look of the dial is clean, focusing on highlighting the movement without any extraneous decoration. The back side is similarly focused on a pared back aesthetic, and the overall look is modern and focused.