Let’s look at the black dial for both of these two new limited editions – they are made by applying several layers of anthracite lacquer to a German silver base and polished until the effect is mirror-like. After that, a transparent layer of lacquer is applied. 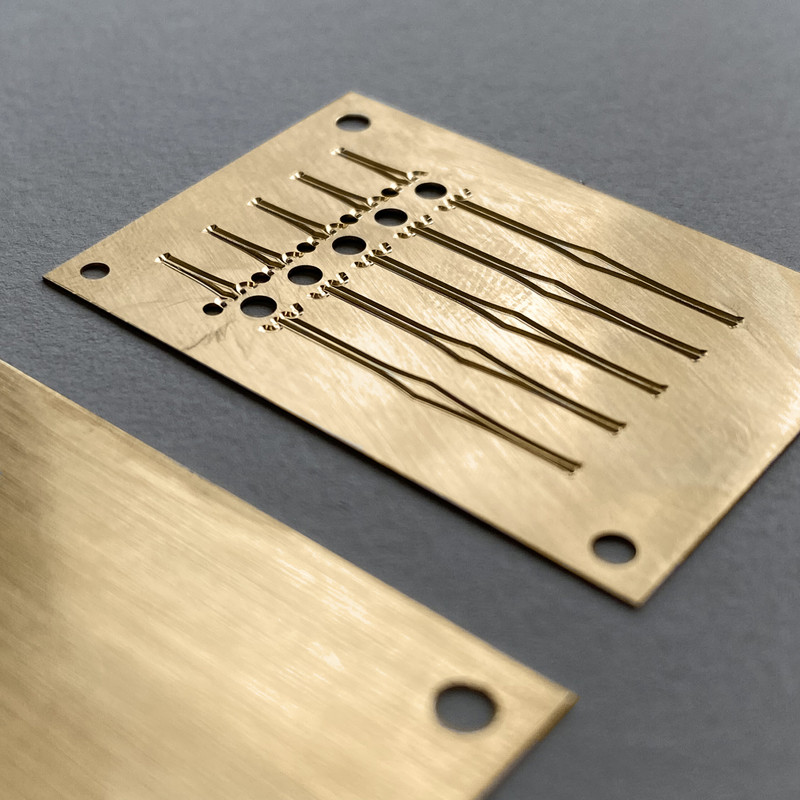 The characteristically Grossmann slender solid gold hands take one day to complete a single set, starting with the milling of the blank from a gold plate which is then hand ground using diamond files, and hand polished. 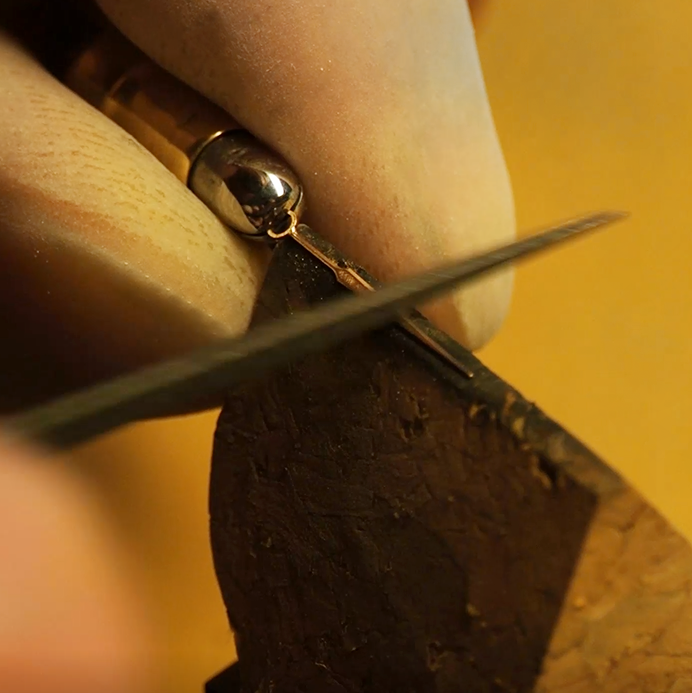 For those who do not know, the automatic Calibre 106.0 was especially designed for the HAMATIC. It has a 2/3 plate and Glashütte stripes. Beating at 21,600 VPH, it has a power reserve of 72 hours. What is of particular note about it is that it is not powered by a rotor, but a small pendulum in the shape of a gold hammer. The oscillation of the bi-directional hammer winding system is picked up by two click levers and transferred to click wheels, converting the energy generated through the wearer’s movements to the ratchet wheel and the mainspring in the barrel. 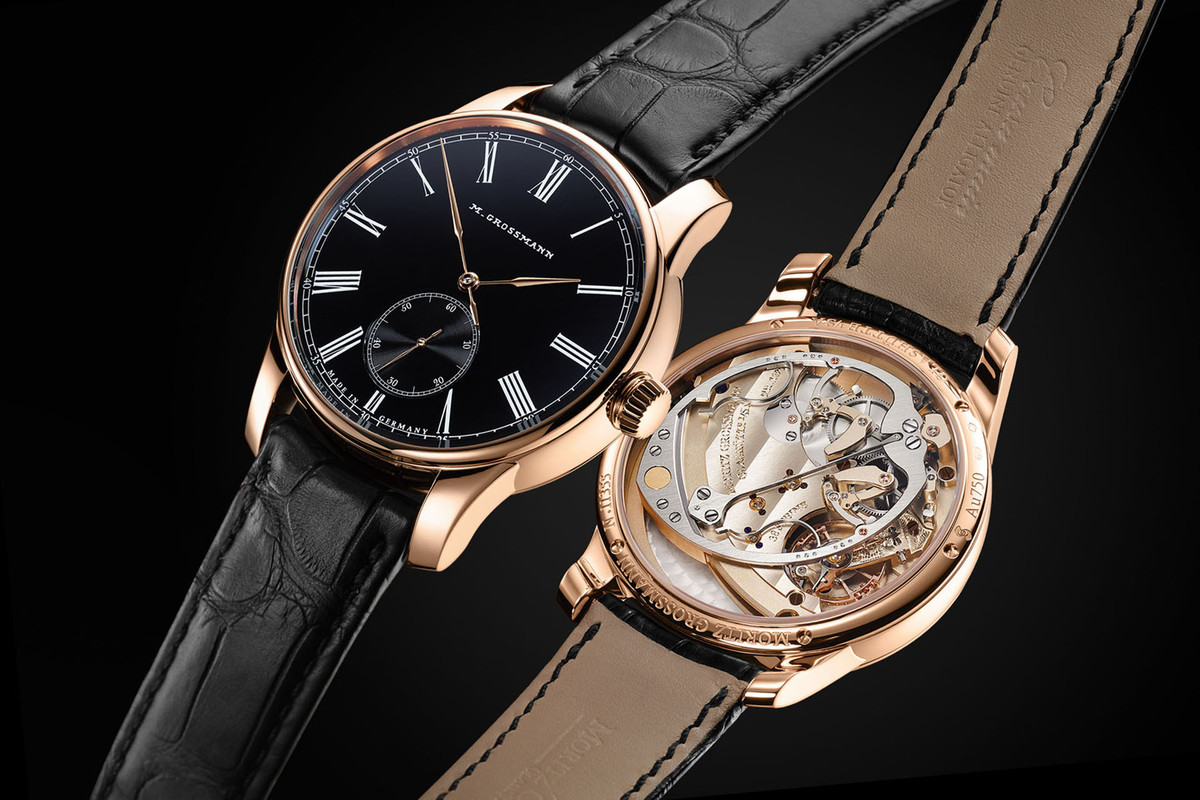 The watch can be wound by hand in addition to the self-winding mechanism. The HAMATIC also offers a stop-second function.

Coming on an alligator strap with a pin buckle in rose gold, the new HAMATIC Vintage is limited to eight pieces. It is priced at EUR 41,800 (excluding taxes)/ AUD 71,000 (AUD $64,545.45 ex GST) and can be purchased directly from them or if you are in Australia, through Define Watches. 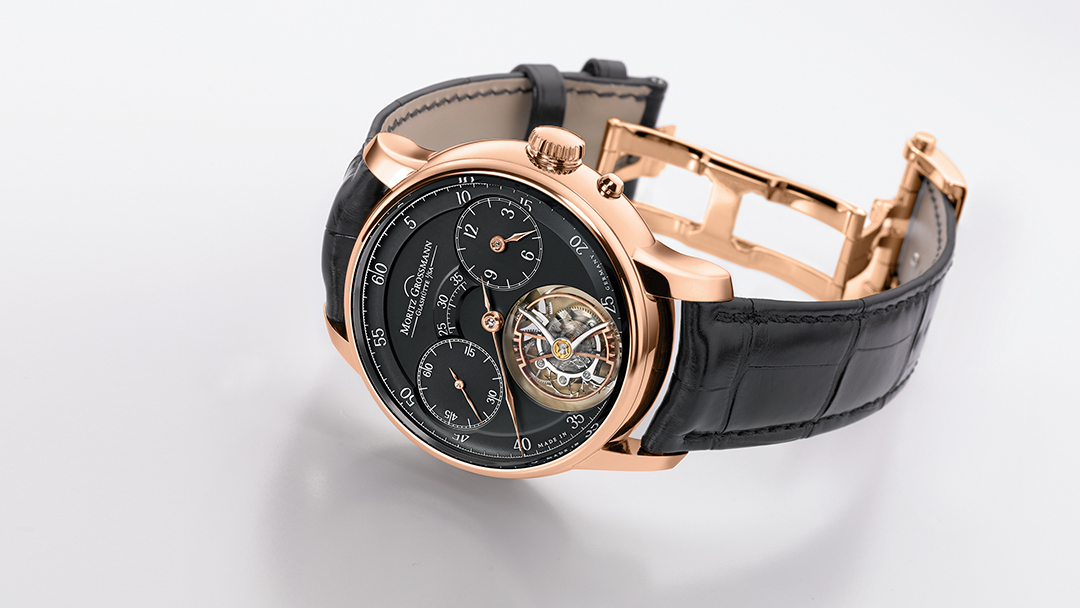 Next up is the TOURBILLON in 750/000 rose gold with a black dial whose rhombus hands are also in solid gold. Its case is 44.5mm (thickness of 13.8mm). The functions on the blackened solid silver dial are shown via off-centre displays for the hours and seconds. 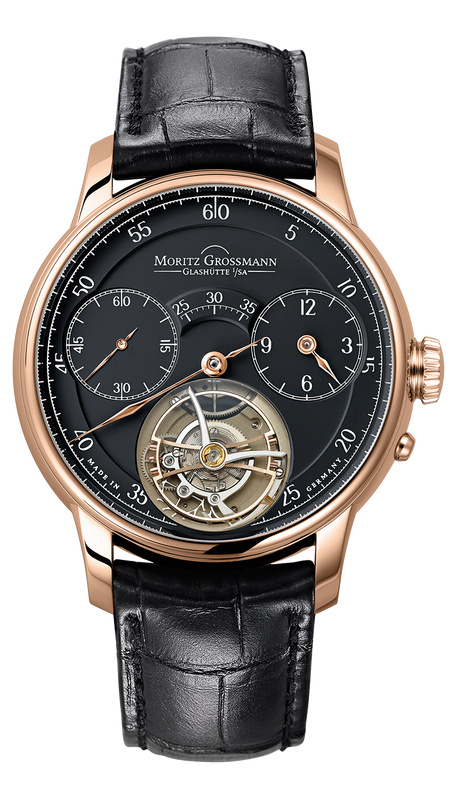 In looking at the sub dials and tourbillon, you will notice something – the gap between 25 and 35 minutes where the tourbillon is situated. Moritz Grossmann’s TOURBILLON ensures that you know the exact time by mirroring it in a truncated scale that bridges the two displays, and it is read via an extension of the central minute hand. A balanced and elegant looking way of doing this.

Powering all of this is the manually wound Calibre 103.0 with a 2/3 plate in untreated German silver which beats at 18,00 VPH and has a power reserve of 72 hours. The three-minute flying tourbillon’s cage is suspended from a cantilevered, hand-engraved German-silver cock. The upper part of the cage is a V-shaped balance bridge. Its hairspring is located beneath the Grossmann balance wheel. 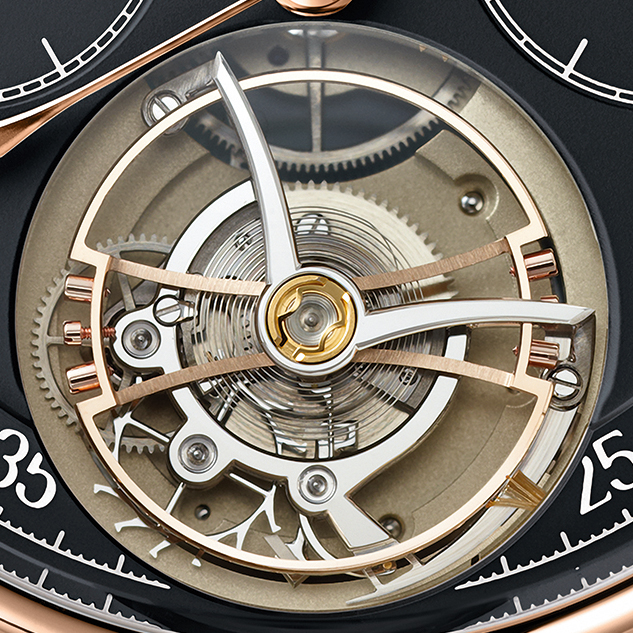 The cage has two triangular posts, and a quirk which some of you may know is that the tourbillon’s patent-pending stop-seconds mechanism uses human hair.

Also limited to eight pieces, and coming on a black alligator strap with a rose gold butterfly clasp, it is priced at EUR 176,000 (including taxes)/ AUD $251,000 (AUD $228,181.82 ex GST) and also available directly from Moritz Grossmann or if in Australia, from Define Watches.